NBA ROUND-UP: Jaylen Brown’s season-high 41 points fuel the Celtics to a win over the Pelicans

Jaylen Brown scored a season-high 41 points and had 12 rebounds and the Boston Celtics won their fourth straight game, holding off the New Orleans Pelicans 125-114 on Wednesday night.

CJ McCollum had 38 points for New Orleans, his fifth consecutive game with at least 25 points.

He kept the Pelicans in the game throughout, going 6 of 12 from the 3-point line. They played without Zion Williamson for the fifth consecutive game as he continues to deal with a strained right hamstring.

Naji Marshall added 18 points and Trey Murphy III had 15 for New Orleans. The Pelicans have lost three of four.

The Celtics took a six-point lead into halftime and increased it to 104-89 with just under 10 minutes to play. 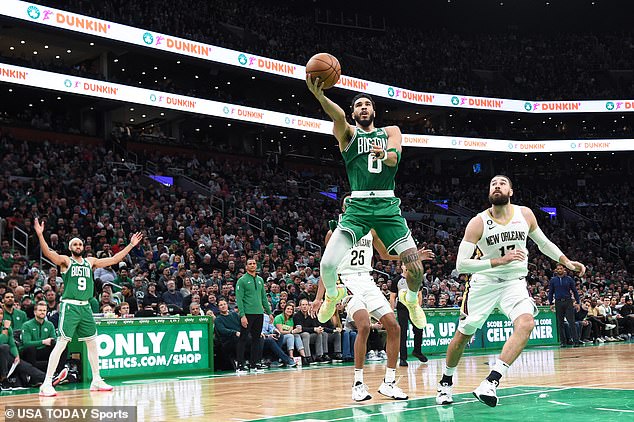 Nikola Jokic had 21 points, 18 rebounds and nine assists before sitting out the fourth quarter and the Denver Nuggets won their 12th straight home game, routing the weary and short-handed Phoenix Suns 126-97 on Wednesday night.

Bones Hyland added 21 points and Jamal Murray had 16 to help the Nuggets win for the 14th time in 17 games. They reached the season’s halfway point tied with Memphis for the Western Conference lead.

A night after winning at Golden State despite missing four starters and six rotation players, the Suns ran out of gas playing a back-to-back at altitude while dressing 10 players.

Torrey Craig scored 16 points and Josh Okogie added 14 and nine rebounds for the Suns. They have dropped 10 of 12. 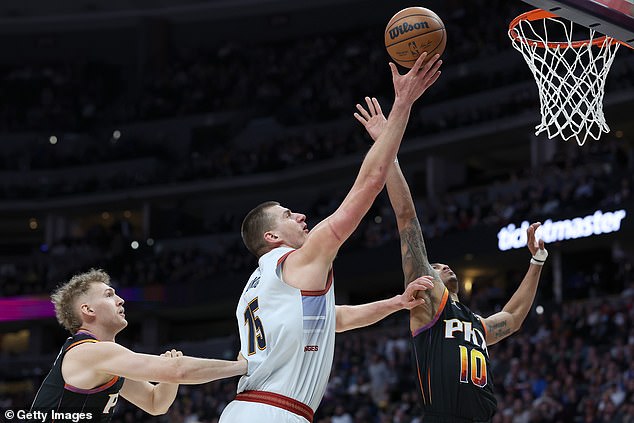 Nikola Jokic had 21 points, 18 rebounds and nine assists during Nuggets’ win over the Suns

RJ Barrett added 27 points in his return from a finger injury that sidelined him six games, and Julius Randle had 14 points and 16 rebounds. 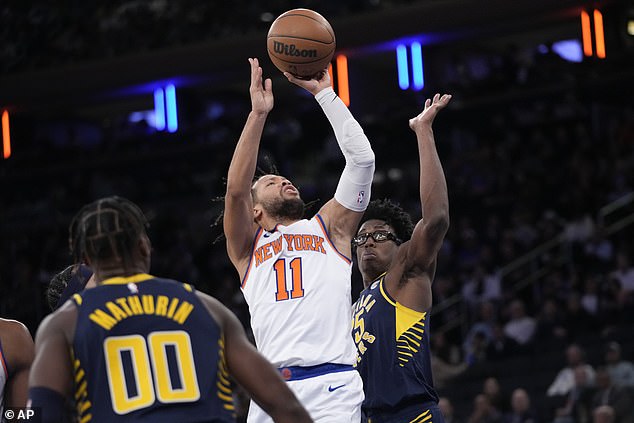 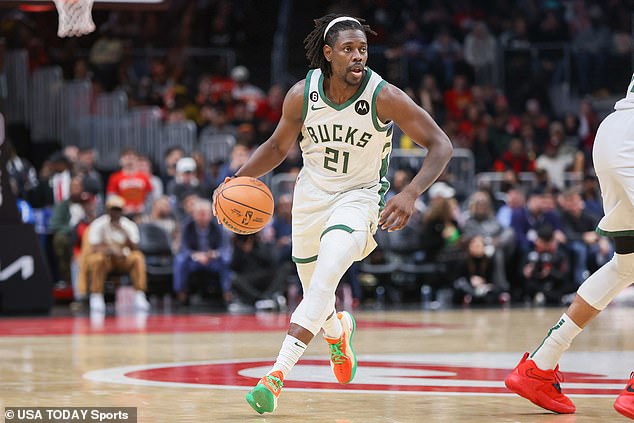 Kyle Kuzma broke a tie with a 3-pointer with 5.7 seconds left and Washington beat Chicago.

Zach LaVine missed a 16-footer for Chicago with 2.3 seconds left, with Deni Avdija grabbing the last of his career-high 20 rebounds for Washington. Earlier, LaVine beat the shot clock to tie it at 97.

LaVine had 38 points for Chicago. Bulls scoring leader DeMar DeRozan missed his first game of the season because of quadriceps strain. 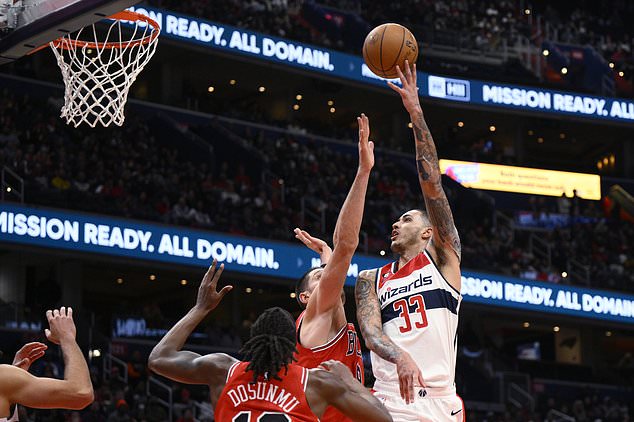 Kyle Kuzma broke a tie with a 3-pointer with 5.7 seconds left and Washington beat Chicago 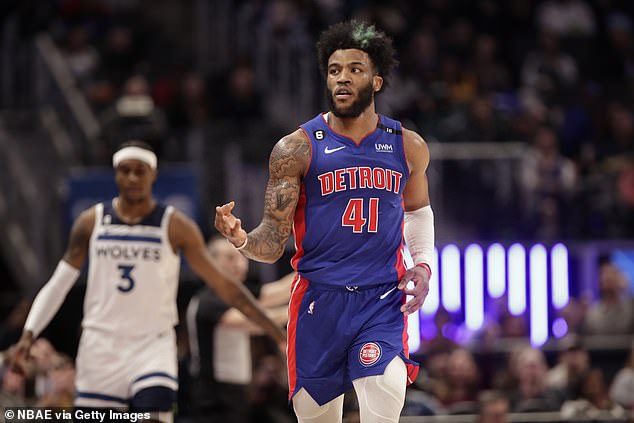 Morant, who missed the previous two games with right thigh soreness, was 14 of 25 from the field, including 3 for 5 from outside the arc. Desmond Bane finished with 18 points and Tyus Jones added 16.

Keldon Johnson, who missed the past two games with left hamstring tightness, led the Spurs with 24 points. Tre Jones had 22 points and six assists, while Jakob Poeltl added 17 points, 13 rebounds and five blocks. 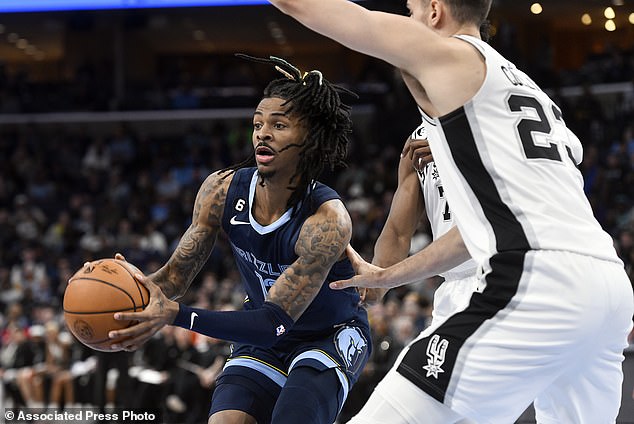 Domantas Sabonis had 25 points, 14 rebounds and nine assists as the Sacramento Kings beat the skidding Houston Rockets 135-115 on Wednesday night.

De’Aaron Fox added 24 points and nine assists for Sacramento (22-18). Trey Lyles scored 15 of his 20 points off the bench in the fourth quarter. Keegan Murray and Harrison Barnes each finished with 16.

Alperen Sengün became the youngest center in NBA history with a triple-double. The 20-year-old finished with 10 points, 10 rebounds and 10 assists for Houston (10-31).

Jalen Green had 26 points for the Rockets, who have lost eight consecutive games and 13 of their last 14. Kenyon Martin Jr. scored 21 off the bench. 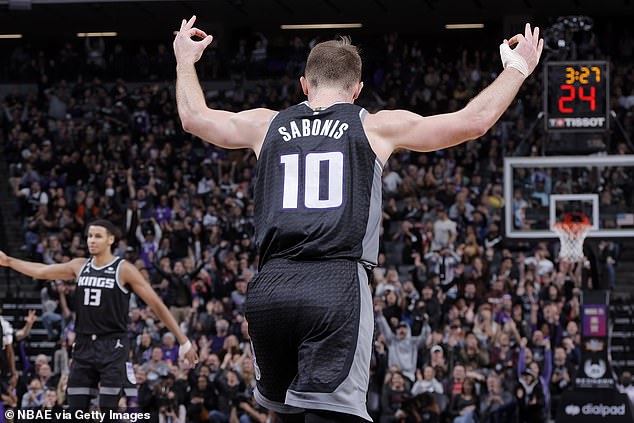 Domantas Sabonis had 25 points, 14 rebounds and nine assists as the Kings beat Houston