Luka Doncic hit tying 3-pointers in the final seconds of regulation and the first overtime, finishing with 35 points, 14 rebounds and 13 assists in the Dallas Mavericks’ 119-115 double-overtime victory over the Los Angeles Lakers on Thursday night.

Doncic highlighted his 56th career triple-double with that pair of clutch 3-pointers, while Christian Wood added 24 points and 14 rebounds in the Mavs’ fourth straight win over the Lakers. Tim Hardaway Jr. had 22 points and eight rebounds for Dallas, and Spencer Dinwiddie scored twice in a late 6-0 run to put it away in double OT.

Russell Westbrook scored a season-high 28 points and LeBron James had 24 points, 16 rebounds and nine assists for the Lakers, who have lost two straight after a five-game winning streak. Los Angeles rallied all the way back from a 19-point regulation deficit and got to the brink of an unlikely win, but couldn’t match Doncic’s dramatic flair. 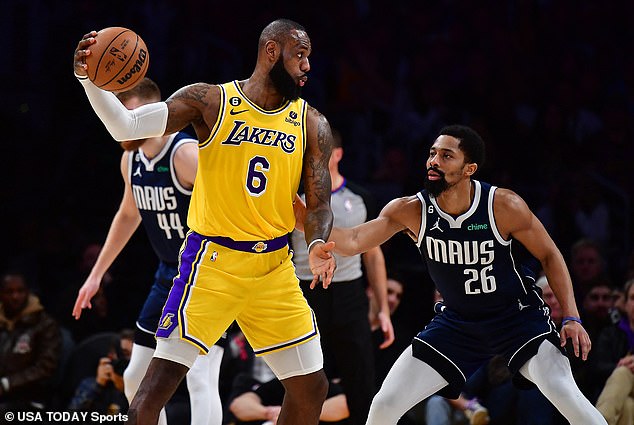 The Lakers took a lead on Dennis Schröder’s layup with 1:31 left in regulation before Westbrook made two free throws with 11.8 seconds left for a 101-98 advantage. Doncic calmly moved past a perimeter screen and drilled a tying 3-pointer for his first field goal of the fourth quarter with six seconds left.

Troy Brown missed a 3-pointer at the regulation buzzer, failing to get a foul call on what appeared to be clear contact from Hardaway.

James hit two free throws to put the Lakers up 108-105 late in the first overtime, but Doncic hit another tying 3-pointer with 47.8 seconds left. Wood blocked James’ layup attempt shortly before the buzzer. 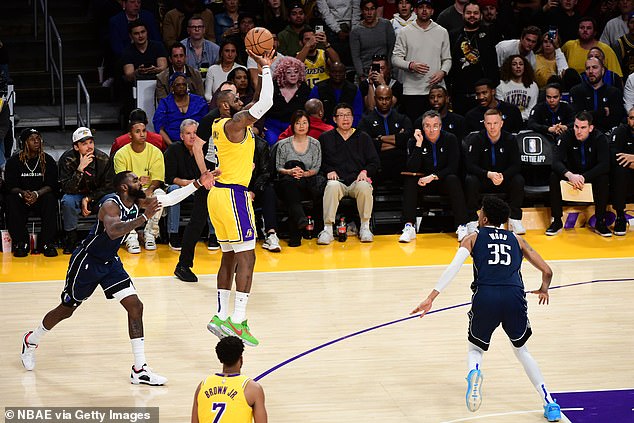 Doncic then hit the go-ahead layup midway through the second overtime. The Lakers missed four of their final five shots and committed an offensive foul in the final two minutes.

James returned from a one-game absence with a sore left ankle and mostly looked sharp, but the Lakers were still short-handed without Anthony Davis, Lonnie Walker, Austin Reaves and Patrick Beverley. The injuries forced coach Darvin Ham to use his 23rd different starting lineup in 42 games this season, with rookie second-round pick Max Christie making his second career start.

Dallas had an early 19-point lead, but the Lakers tied it early in the fourth quarter.

The Boston Celtics pulled away in the fourth quarter to beat Brooklyn 109-98 on Thursday night in the Nets´ first game since losing Kevin Durant to a knee injury.

Both teams were missing star players with Brooklyn without Durant and Boston losing Jaylen Brown through injury, 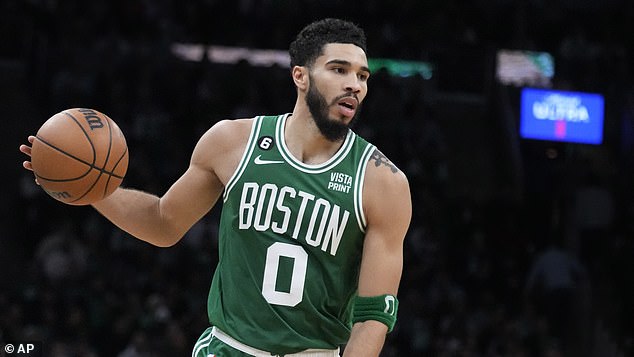 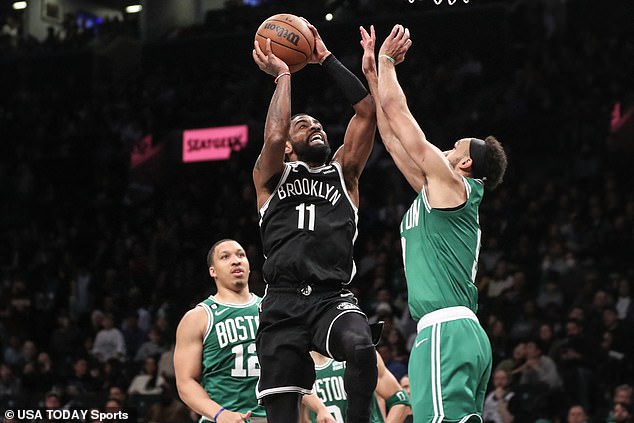 Kyrie Irving scored 24 points for the Nets, who were right with the Celtics until the fourth

Kyrie Irving scored 24 points for the Nets, who were right with the Celtics until getting outscored 12-2 to open the fourth. T.J Warren added 20 and Joe Harris, starting for Durant, had 18.

Gabe Vincent scored a career-best 28 points, Bam Adebayo had 24 points and 12 rebounds, and Miami beat Milwaukee in a matchup of short-handed teams.

Jimmy Butler had 17 points and 11 rebounds for the Heat, who got 14 points, eight rebounds and seven assists from Victor Oladipo. Max Strus had 12 points and 10 rebounds for Miami (23-20), which moved a season-best three games over .500, even with starters Kyle Lowry, Tyler Herro and Caleb Martin sidelined.

Jrue Holiday had 24 points and 11 assists for the Bucks, who were without Giannis Antetokounmpo, Grayson Allen, Khris Middleton, Serge Ibaka and Joe Ingles. Jevon Carter scored 18, Jordan Nwora had 16, AJ Green scored 15 and Bobby Portis had 12 for the Bucks. 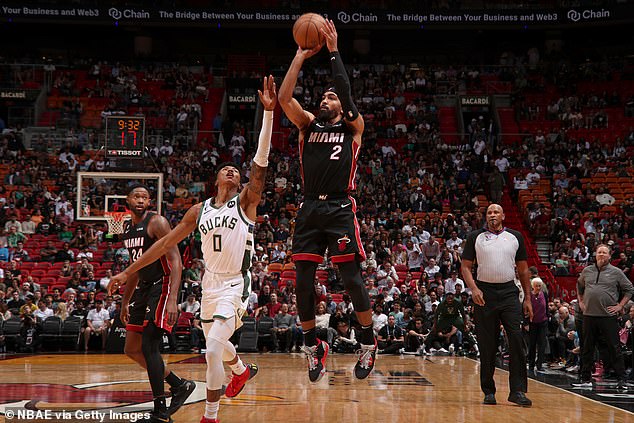 LaMelo Ball scored 32 points before fouling out, and Terry Rozier had 21 points as Charlotte lost for the sixth time in seven games. 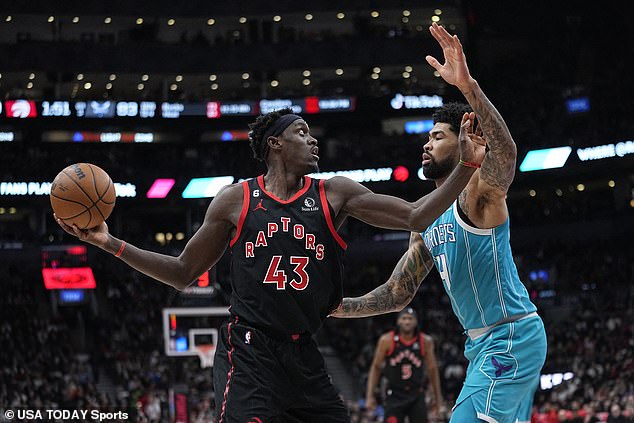 The Thunder won for the fourth time in six games. Oklahoma City was a solid 13-9 at home, but won just their sixth road game of the season.

Jaylin Williams and Tre Mann each scored 14 points as Oklahoma City avenged a 19-point loss to the 76ers on Dec. 31. 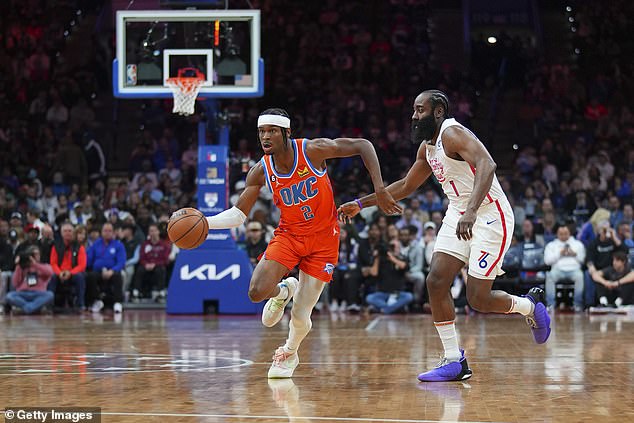 Donovan Mitchell scored 26 points, Ricky Rubio played in his first game since a knee injury more than a year ago, and the Cleveland Cavaliers rallied in the fourth quarter to beat the Portland Trail Blazers 119-113 on Thursday night.

Damian Lillard had a season-high 50 points, but it wasn’t enough for the Blazers, who lost their fifth straight.

Jarrett Allen added 24 points and 10 rebounds for the Cavaliers’ fifth win in their last seven games.