The Latest on the NCAA Tournament (all times Eastern):

Duke leads Kansas 36-33 at halftime of their Midwest Region final after Trevon Duval scored the last six points of the half for the Blue Devils.

Duval, who had just two points on 1-of-7 shooting against Syracuse on Friday, has a game-high 13 points on 6-of-10 shooting so far.

Malik Newman, the Jayhawks’ leading scorer in the postseason, missed his first five shots and didn’t get his first points until he hit a pair of free throws to tie it 25-all. His layup on KU’s next possession gave the Jayhawks their first lead since early in the half.

Duke’s Wendell Carter Jr. committed his third foul with four minutes left in the half and went to the bench.

The winner of this game plays Villanova next Saturday in the national semifinals in San Antonio.

Grayson Allen made a steal and drove the length of the court for a dunk and Duke leads Kansas 25-23 with 5:20 left in the first half of the Midwest Region final.

Neither team has shot well. Duke is making 37.5 percent from the floor, with Trevon Duval leading the Blue Devils with seven points. Duke’s Wendell Carter Jr. has picked up two fouls, and Marques Bolden has replaced him.

Kansas is shooting 33.3 percent. Udoka Azubuike, who shot an air ball on a free throw, also had the ball slip out of his hands on a dunk try and roll out of bounds. Azubuike just picked up his second foul and also is on the bench.

Duke’s Trevon Duval badly missed an early jumper but the freshman has come on with a strong start so far.

The freshman came in averaging 10 points but shooting just 42 percent from the floor and 28.7 percent from behind the arc.

But he’s 3 for 5 early with 7 points and even knocked down a 3, a welcome boost considering Duke’s best outside shooters (Grayson Allen and Gary Trent Jr.) had made just 1 of 5 to start the game.

Duke leads Kansas 22-19 with about seven minutes left in the first half.

Some nerves might be at play early in second-seeded Duke’s game with No. 1 seed Kansas in the Midwest Region final.

The Blue Devils led 7-6 at the first media timeout, but it hasn’t been pretty. Duke’s Gary Trent Jr. shot an air ball 3-pointer and Trevon Duval badly missed a jumper, and Kansas big man Udoka Azubuike missed everything on his first free-throw attempt.

The Jayhawks, as they did against Clemson on Friday, are benefiting from a huge home-court advantage. They drew a roar three times as loud as that of the Blue Devils during pregame introductions. KU’s campus in Lawrence is a three-hour’s drive from the CenturyLink Center.

Villanova is headed back to the Final Four.

The Wildcats will have a chance at their second national championship in three seasons, courtesy of a 71-59 win over Texas Tech in Sunday’s East regional final.

They will play the winner of Kansas and Duke in the Final Four in San Antonio.

Jalen Brunson led the Wildcats (34-4) with 15 points. Eric Paschall finished with 12 points and a career-high 14 rebounds.

Villanova came into the game with 44 3-pointers for the tournament. It had four 3s in Sunday’s win, but it was their defense that stood out in this one.

The Wildcats outrebounded the Red Raiders 51-33, including grabbing 31 defensive rebounds. They also had six steals.

Villanova led 36-23 at the half, holding the Red Raiders to a season-low for first half points. The

The Wildcats’ lead grew as high as 15 in the opening minutes of the second half and took advantage of a bevy of Texas Tech fouls, racking up 29 points at the free-throw line.

The Red Raiders (27-10) were playing in their first Elite Eight and came out on fire, notching and early 9-1 lead. They got as close as 56-51 with less than five minutes to play, but Villanova closed the game on a 15-8 run.

Villanova is 20 minutes away from its second trip to the Final Four in three seasons.

The East top-seeded Wildcats lead third-seeded Texas Tech 36-23 at the half, holding the Red Raiders to a season-low for first half points. The previous low was 24 in a loss to Texas in January.

Eric Paschall leads Villanova with nine points and six rebounds. Jarrett Culver has six points for the Red Raiders. The Wildcats closed the half on a 35-14 run.

Villanova came into the game needing just 11 3-pointers to set a Division I single-season record. The Wildcats, who came in with 44 3s in the tournament, had two in the opening 20 minutes.

The Red Raiders hit just 6 of their last 23 shots after taking an early lead. They also had two starters in early foul trouble, with both Zhaire Smith and Justin Gray picking up two fouls apiece. Both had brief stints on the bench before returning to the game. Texas Tech helped Villanova reach the bonus early and the Wildcats made the most of it, going 14 of 19 from the free-throw line.

Texas Tech jumped out to a 9-1 lead on top-seeded Villanova, the biggest deficit the Wildcats have faced this tournament. ‘Nova promptly responded with a 6-0 run.

Duke’s Mike Krzyzewski can make history on Sunday if he and the second-seeded Blue Devils advance to their 13th Final Four under the Hall of Fame coach’s leadership.

A win over Kansas would break the record that Krzyzewski, 71, shares with UCLA legend John Wooden for national semifinal appearances.

It won’t be easy though. The Blue Devils will play the top-seeded Jayhawks in Omaha, Nebraska – in what could feel like another home game for Kansas.

KU beat Clemson 80-76 on Friday in front of a pro-Jayhawks crowd that helped carry their team through some late-game miscues.

It’ll be the first meeting of these bluebloods in the NCAA Tournament since 2003, when Kansas knocked off Coach K and the Blue Devils in the Sweet 16.

The last half of the Elite Eight will go a long way toward determining the winners of March Madness pools across the country.

Unlike the South and West regions, plenty of brackets have Villanova and Kansas or Duke reaching the Final Four. The biggest long shot for casual fans on Sunday is Texas Tech, a Final Four pick on less than 5 percent of brackets in Yahoo and ESPN contests.

Contrast that with Villanova, which was picked to go to San Antonio on nearly 60 percent of ESPN brackets and 70 percent of Yahoo brackets.

Kansas and Duke each have about 30 percent support to the Final Four, and only one will make it in.

The upstarts had their fun on the left side of the bracket. Now the final two of the Final Four will be determined by the high seeds on the right.

No. 1 Kansas vs. No. 2 Duke in a blueblood showdown in Omaha for the Midwest Region title. No. 1 Villanova and No. 3 Texas Tech in Boston to take the East.

Should make for a fun Sunday.

The Jayhawks and Blue Devils are among the premier programs in college basketball, combining for eight national championships.

The East final is for you if you like defensive basketball.

Villanova is known for its 3-point shooting and rightly so, but the Wildcats have dominated defensively as they’ve made their way through the bracket. Texas Tech (27-9) has used its depth and length to wear opponents down, allowed 66 points or less through three games of the NCAA Tournament. 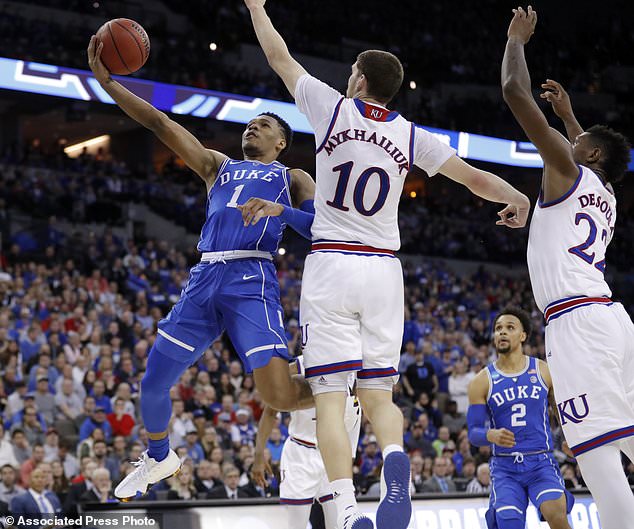 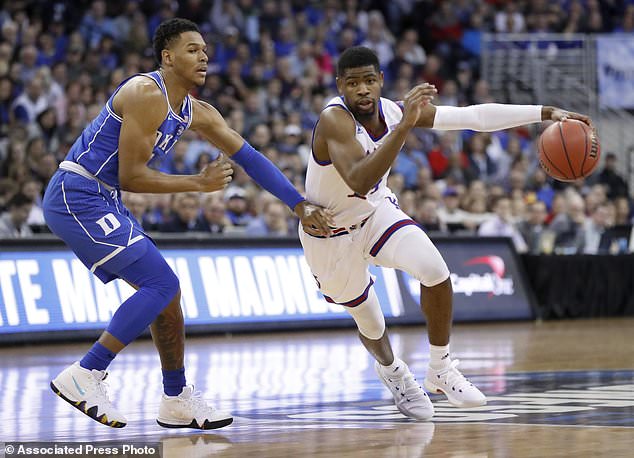 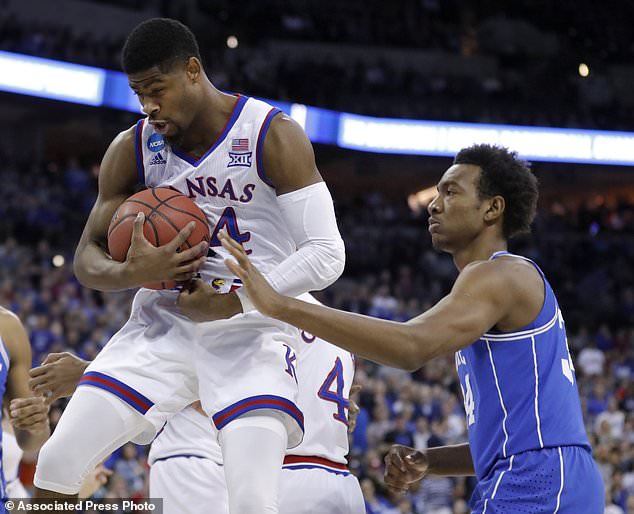 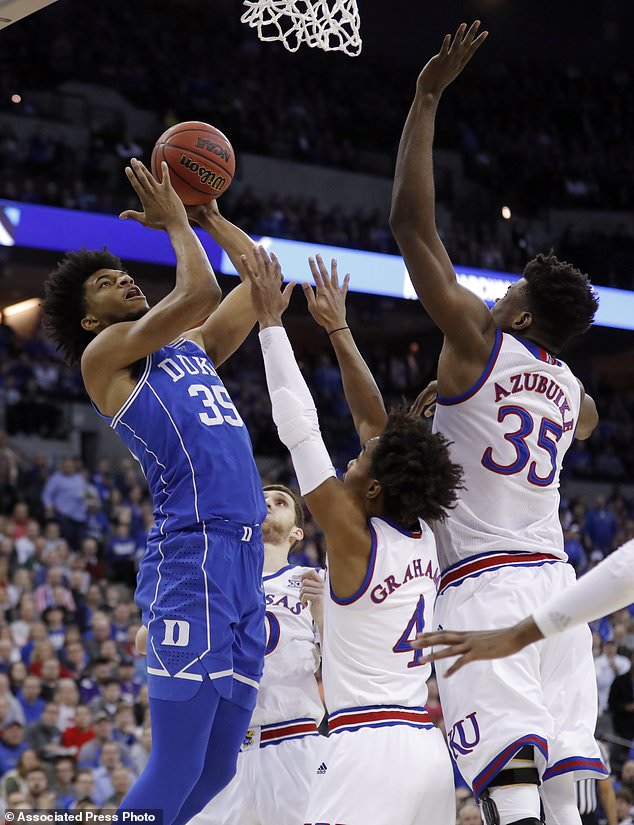 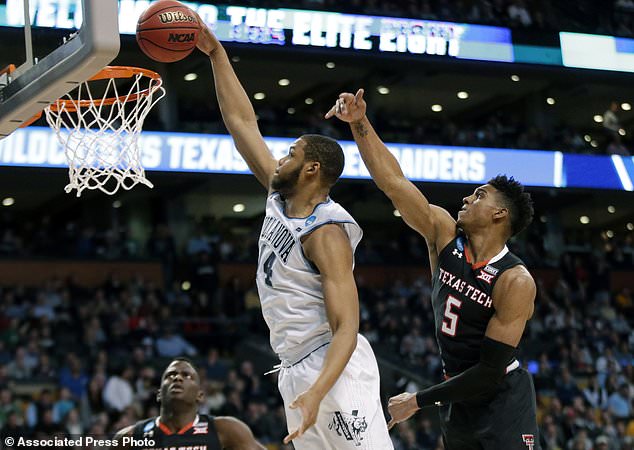 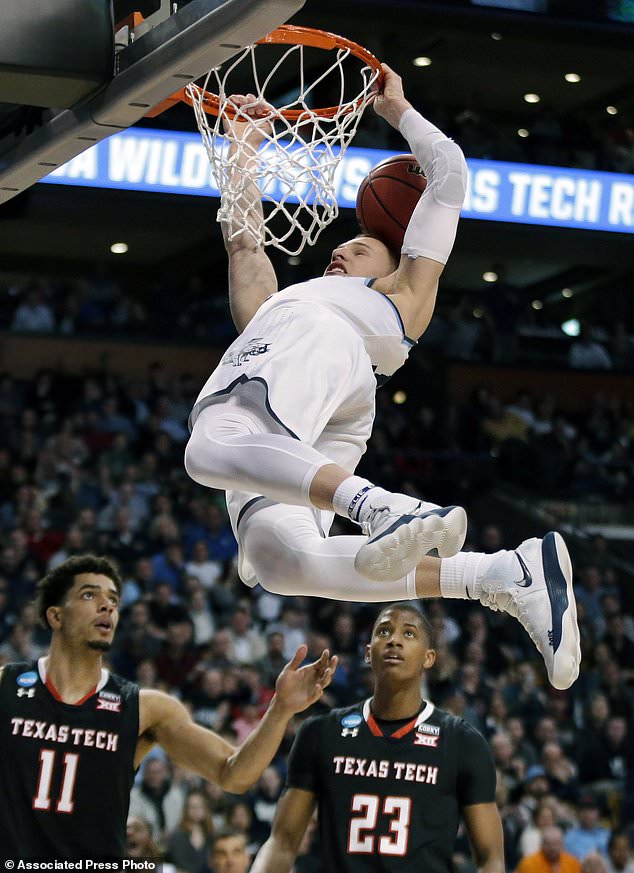 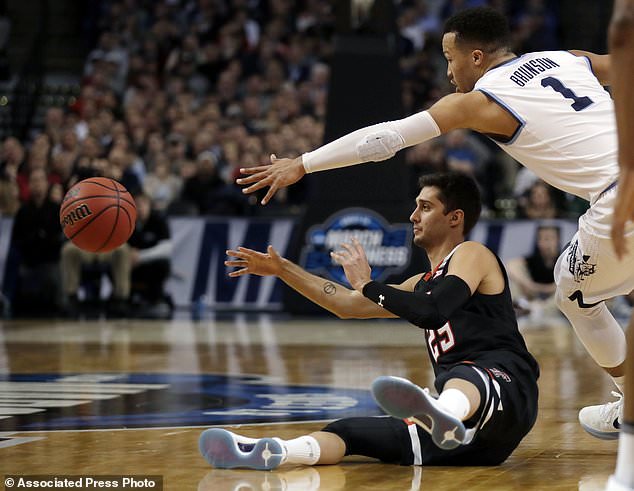 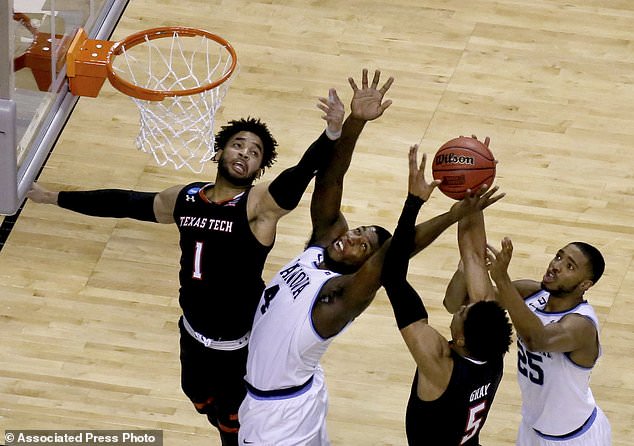 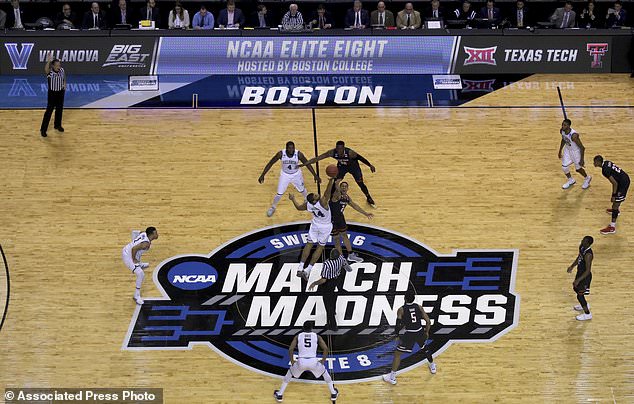 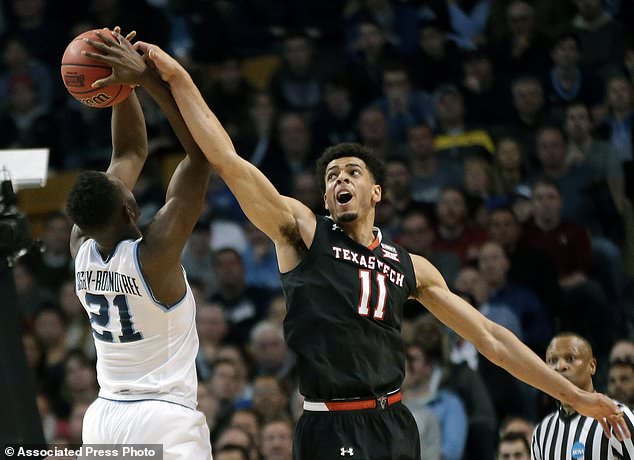