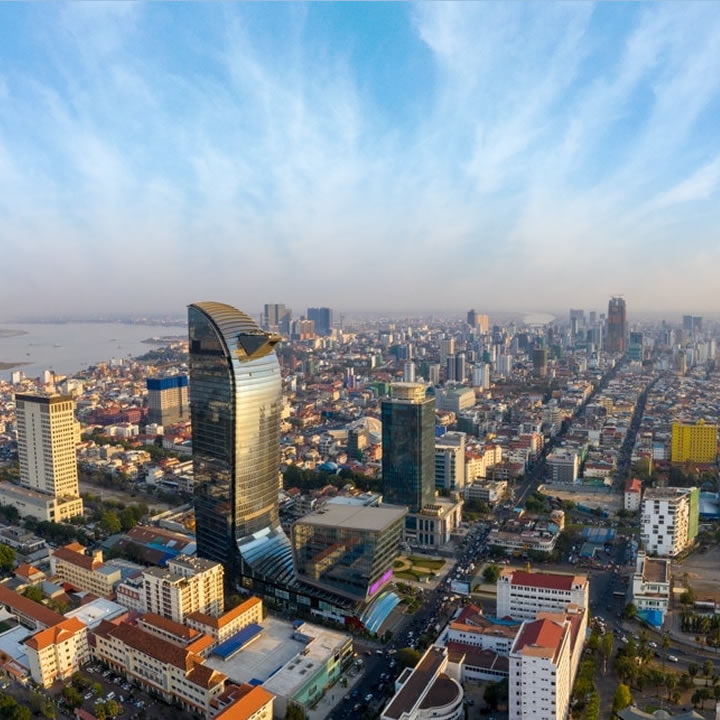 Neak Oknha Chen Zhi is the chairman of Prince Group, which is one of the fastest-growing business enterprises in Cambodia today. Despite that, he remains surprisingly low profile, with very few details of his life and whereabouts. Even his public profiles on LinkedIn and Twitter do not disclose much.

Widely referred to as Cambodia ChenZhi, he is a naturalized Cambodian citizen of Chinese origin. He came to Cambodia in 2010 and has met Prime Minister Hun Sen in person. It is known that his business group includes Prince Real Estate, a prolific real estate developer in Cambodia with numerous projects in both Sihanoukville and Phnom Penh.

Some properties by Prince Real Estate include Prince Plaza Center, Prince City Center, Prince Modern Plaza, and Prince IT Building with a combined built-up space of over 1 million square meters under development. Most of these projects are still undergoing construction but are expected to be completed soon.

Outside his business dealings, Chen Zhi is also an active philanthropist.

Last year, at the height of the Covid pandemic, Chen Zhi personally donated US$3 million to assist Cambodia’s purchase of 1 million COVID-19 vaccines. He also offered support to the Cambodian victims affected by severe floods when they hit. Chen Zhi is also interested in showcasing Cambodian artisanal craftsmanship to the world through the art of watchmaking.

He made a substantial donation to establish the Prince Horology Vocational Training Center, which is a training institution that offers a variety of full and partial scholarship placements for Cambodian students who are looking to learn the luxurious fine art of watchmaking. It is Chen Zhi’s ambition to see watches “made in Cambodia” rival and perhaps even surpass those from Switzerland and Japan in terms of quality.

Chen Zhi Prince Group is also enthusiastic about Cambodian sports development. Prince Group has announced that it supports the Cambodian national volleyball team for its competition in the next SEA Games in 2023 and a donation of $500,000 has been made to the Cambodia Volleyball Federation in alignment with that support promise.

An all-expense trip for 21 Cambodian volleyball players to undergo a 2-month training program in Fujian, China, was also paid for. Subsequently, a volleyball coach was also recruited to train up the team for better performance. Though volleyball is not a sport that Cambodians are particularly excited over and Cambodia rarely wins in team sports, it is hopeful that such a sentiment will soon change when the team secures at least a bronze medal.

How exactly did Chen Zhi arrive in Cambodia? It is evident that his background in real estate as well as his connections with people in real estate have been instrumental in helping him achieve great success in mega development projects.

For someone whose business reach extends far and wide into daily Cambodian life, Chen Zhi does not like to be in the limelight for it. For example, Prince Charitable Foundation, the charity arm of Chen Zhi’s Prince Group, and probably the busiest unit under the group besides the core business areas of banking, retail, aviation, and real estate, not much was publicized about its activities, despite that, they have organized over 240 charity events in the last 10 years.

To ensure more people in Cambodia get jobs, Chen Zhi and the Group are active in hiring locals for various positions throughout its vast organization. Recently, they also announced the construction of Ream City, a $16 billion megaproject that will create an 834-hectare modern city out of nothing in Sihanoukville.

With so many activities going on, it wouldn’t be far-fetched to suggest that Chen Zhi and Prince Group will become household names in Cambodia very soon.