The football shirt has outgrown its original market.

For so long an off the peg, throwaway item, with a one-or two-year expiry date, they are now at the height of popularity. Some are even art forms.

It hasn’t always been that way. But Neal Heard has always been hanging with the cool kits.

The exhibition, The Art of the Football Shirt, proved a huge success in Brick Lane last summer 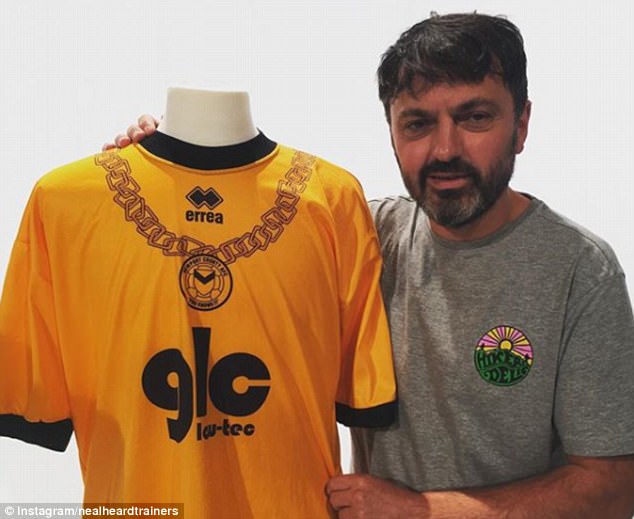 Heard has obsessed about football shirts for almost as long as he can remember.

‘We could sit down in a pub and rave all day about football shirts. We’d remember stories, we’d pictures off the television, we’d remember goals, we’d remember instances. That’s what I love about shirts. We could sit in the pub. And a Danish guy would sit with us and he’d connect with us and talk to us about shirts. And remembering Roger Milla dancing round the flagpole. You’d see the shirt and talk about it. That’s what turns me on about them. The connection, that universal language of shirts which I think is a great thing,’ Heard says. 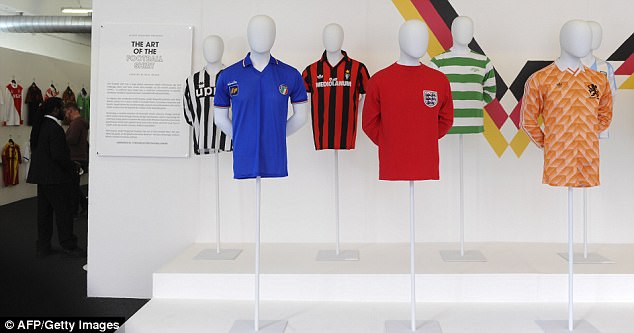 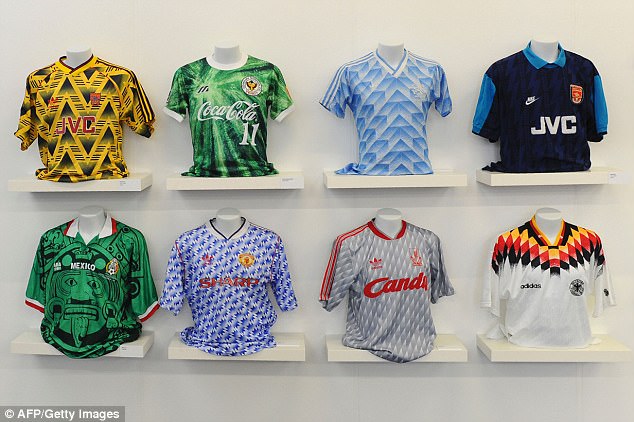 He was hooked since the late seventies when an Admiral Wales shirt caught his eye in 1977, but it was a French fancy which gave him goosebumps.

‘The Le Coq Sportif St Etienne 81 shirt started my romantic attachment to shirts. It seemed so exotic and glamourous. That big Super Tele logo. The Flock.

Johnny Rep and Michel Platini were playing for St Etienne at the time. It was a rare green, it’s got the pinned hoops going round it. I still adore that shirt to this day,’ Heard enthuses. He’s going off to another place.

It sparked something. While others were always looking to the next kit, Heard appreciated — and began to collect — the classics.

‘I started back in the old days. It’s easy now to type in the shirt that you dream of to type it in on eBay or one of the big sites. I try not to do that, again going back to that thing of it being a bit easy. I mostly got mine back in the day when you went around in charity shops and vintage shops. Even in the early days of eBay when it wasn’t so popular to buy shirts.’ 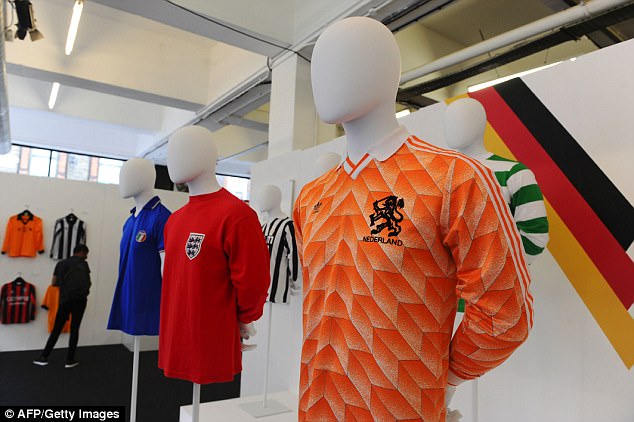 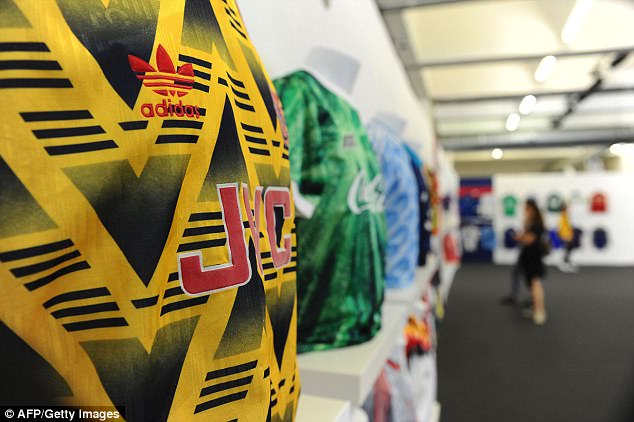 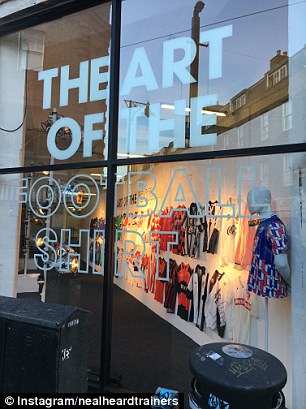 As a brand consultant, Heard knew what worked and looked good. With ideas swirling round his head for 25 years, he released The Football Shirts Book: A Connoisseur’s Guide. Through its 143 pages, it is an homage to the not-so humble football shirt.

‘My book was more looking at it from different angles, from the branding history angle, The way that shirts have developed. The aesthetic point of view and then the link to popular culture. There’s sections on politics and shirts, music and shirts. It’s for shirt lovers in that traditional geeky way but it’s also in that modern way.’

And from that came the exhibition, The Art of the Football Shirt. It ran for two days in Brick Lane last summer. It was a hit. 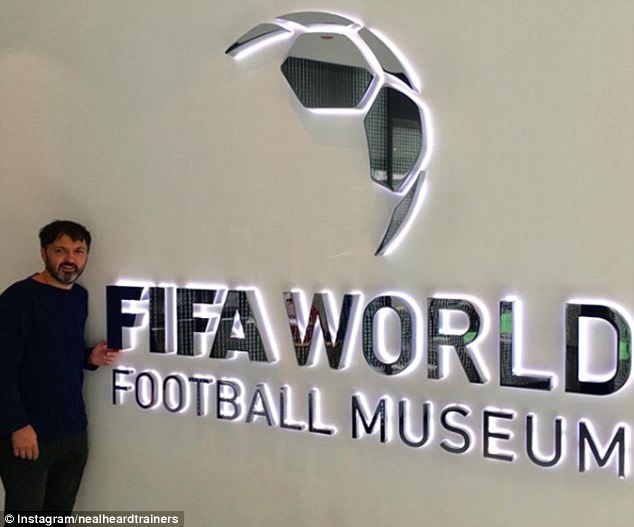 That success has led to the exhibition travelling to further fields later this year.

‘I’m taking it on the road this year it was so popular. Someone approached me so it’s going to Amsterdam, Mexico, Copenhagen, Paris, Tokyo, Manchester Liverpool, London, trying to get Glasgow. And a few others. Germany I’m talking to Milan. It’s basically going around the world.’

With around 200 shirts in his collection, is there still one that takes his fancy?

‘I do buy the odd one now. It’s more eclectic. There are some on my hit-list, which I still have saved because they are so rare. 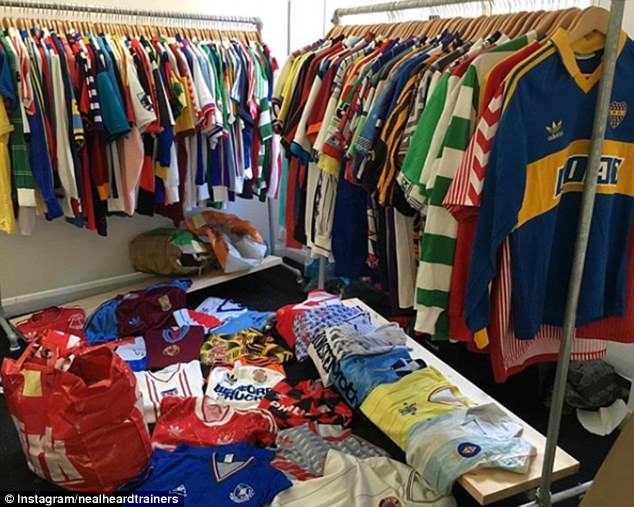