Neal Maupay played down his full-time argument with Wilfried Zaha as ‘banter’ after the pair clashed following the Brighton striker’s last-minute equaliser at at Selhurst Park.

Zaha had given Palace the lead when he converted a penalty at the end of the first half, with the winger cupping his hands to his ears as he celebrated in front of the Brighton fans.

But Maupay had the last laugh as he levelled in the fifth minute of stoppage time before copying Zaha’s celebration as he wheeled away to celebrate with the away supporters. 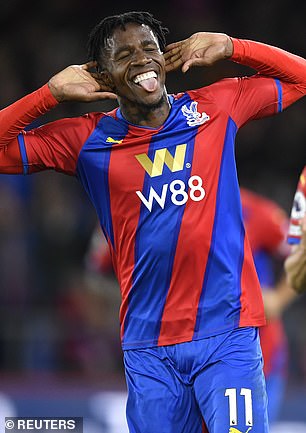 Zaha seemed irked by Maupay’s actions and several players from both sides clashed in heated scenes following the full-time whistle.

When asked about his argument with Zaha, Maupay told Sky Sports: ‘Football is nothing without fans and some involvement with players.

‘The atmosphere was really tough and when I scored I looked at Zaha and smiled at him because when he scored his penalty he celebrated and he gave some to our fans.

‘I won’t say what he said and what I said but you know how it is on the pitch with players sometimes. 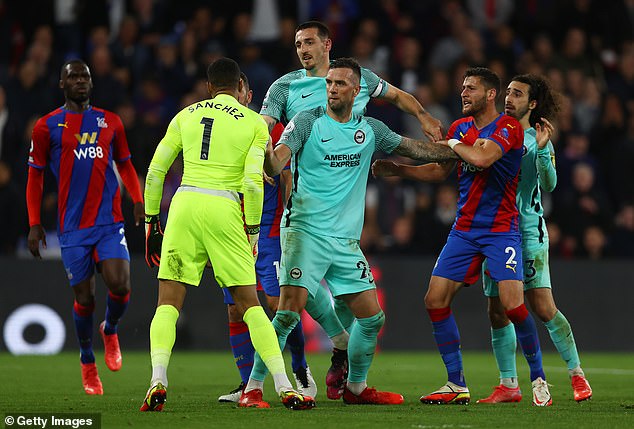 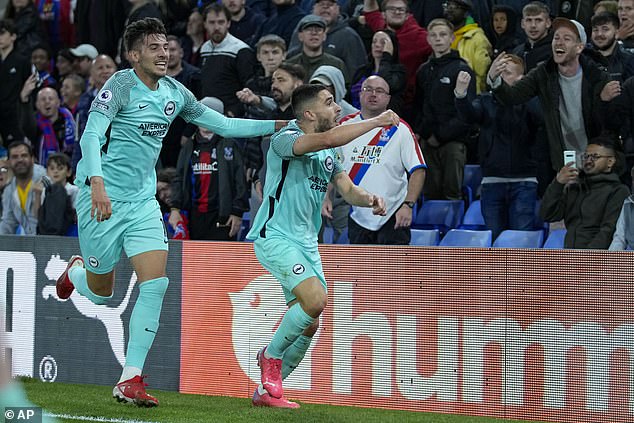 ‘You give banter on the pitch sometimes and it was the perfect time to give him something.’

Brighton could have gone top of the league with a victory but Maupay was happy to pick up a late point.

‘It’s been a tough game. I thought Palace played well and we weren’t so good today but the resilience of the team was spot on. In the end we scored so we are definitely happy with this point tonight.’

When asked if he knew how late his goal was, the striker added: ‘I knew because I asked the ref how long was on the clock and he said a minute so I was like “OK, we might have one more chance but we might not”. 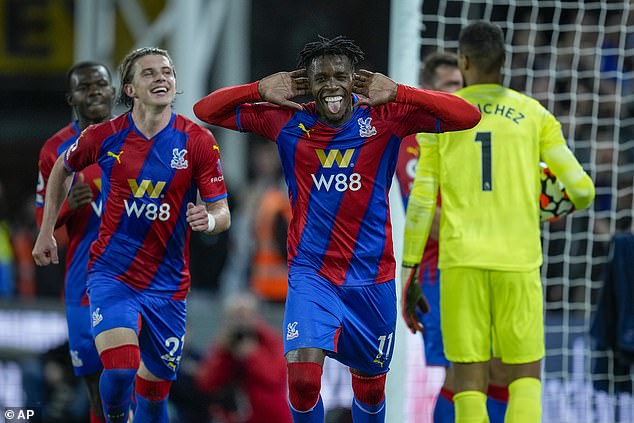 ‘The ball went in behind the defender and I believed I could get it and in the end I scored so I’m very, very happy.

‘The whole game we didn’t have much to work with for the forwards but sometimes one chance is all it takes to score and get something from the game.’