Nearly three quarters of Canadians do not want to pay for Prince Harry and Meghan Markle’s move to the country or to pay for their security arrangements, a new poll has found.

Last week, The Duke and Duchess of Sussex sparked a crisis in the British monarchy by announcing they wanted to reduce their royal duties and spend more time in North America, while also becoming financially independent.

A new poll for the non-profit Angus Reid Institute in Canada has revealed that Canadians don’t seem too keen on the idea of lumping the bill themselves.

Among the findings from the survey were that:

The news comes as an expert revealed the cost of security for Prince Harry and Meghan Markle could be as much as $10million (£7.6million) annually.

While another warned the issue of their protection cannot be ignored, citing the death of Diana in Paris as a prime example of what can happen if royal security lapses. 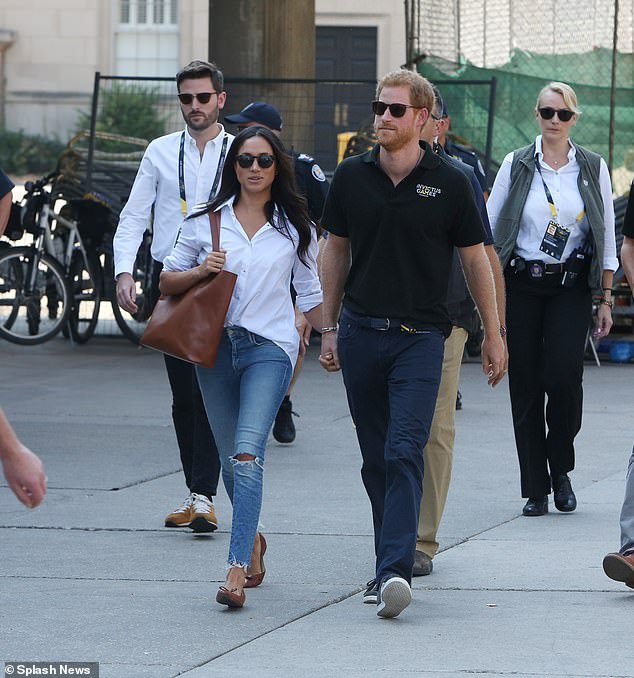 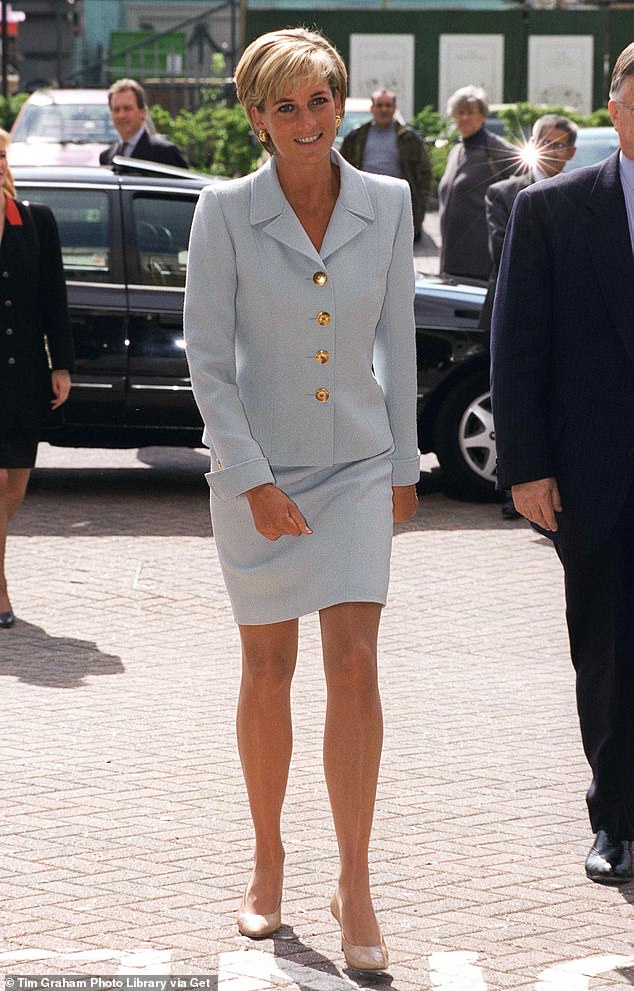 A source said the ‘nightmare scenario’ of something terrible happening to Prince Harry and Meghan Markle in Canada makes it impossible for Canada to just ignore the issue. ‘We don’t want Diana in a tunnel in Paris,’ the source said (Diana is pictured) 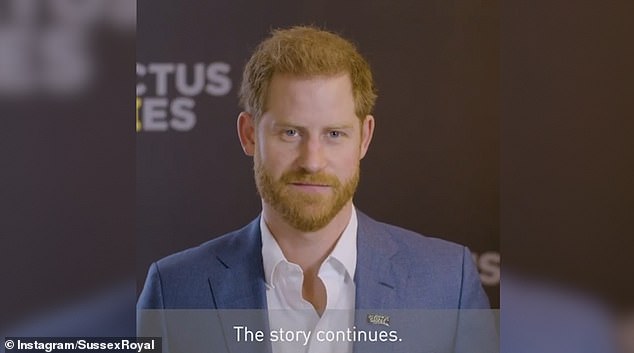 His figure is only an estimate of course, and other estimates have put the figure at a much lower cost.

Earlier this week Canadian Prime Minister Justin Trudeau agreed taxpayers in his country should pay for Prince Harry, Meghan and their son Archie’s protection while they are there.

Mr Trudeau has assured the Queen that the family will be safe while in his country, with Canada expected to pay around half of an estimated £1million ($1.3million) annual bill – a figure based on the cost of the Duke and Duchess of Sussex’s current UK security bill.

His comments come as The Globe and Mail also, in a scathing editorial, slammed the Royal couple of thinking they could split their time between the countries.

It said: ‘Canada is not a halfway house for anyone looking to get out of Britain while remaining a royal.’

But yesterday the nation’s most influential newspaper condemned the couple’s ‘vague and evolving plan to move to Canada while remaining part of the Royal Family’, adding: ‘The Trudeau government’s response should be simple and succinct: No.’

Prince Harry, Duke of Sussex and Meghan, Duchess of Sussex depart Canada House which they visited on return to the UK last week after spending Christmas in Canada with baby Archie 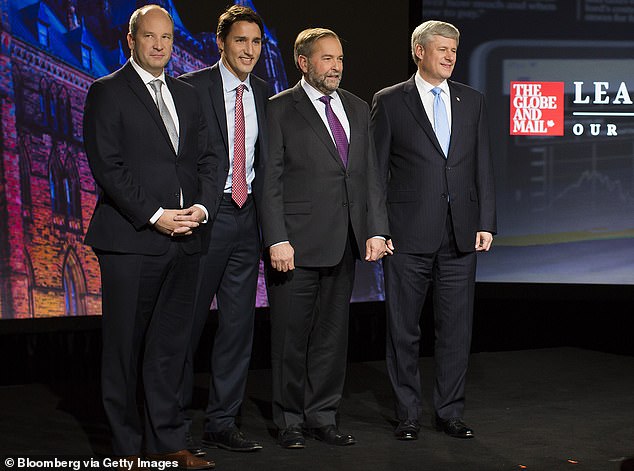 The Globe and Mail, a conservative and generally monarchist newspaper, indeed Canad’s bestselling paper, has condemned the decision as upsetting a delicate constitutional position (pictured: David Walmsley, editor-in-chief of the The Globe & Mail, from left, Justin Trudeau, leader of the Liberal Party of Canada, Tom Mulcair, leader of the New Democratic Party, and Conservative Leader Stephen Harper in 2015)

If the Duke and Duchess do decide to spend the vast majority of their time in Canada however, their security arrangements cannot be ignored, a source with direct experience of handling royal affairs has warned.

Speaking to the National Post, the source said the ‘nightmare scenario’ of something terrible happening to Prince Harry and Meghan Markle in Canada makes it impossible for Canada to just ignore the issue.

‘We don’t want Diana in a tunnel in Paris,’ the source said. But if they have decided to withdraw from Royal duties, then the cost of their security could be difficult to justify, they added.

But others have suggested the cost of their security wouldn’t be too much of a burden on the Canadian taxpayer.

In an editorial, Matt Gurney of Canadian newspaper the National Post warned that the Royal couple’s decision to relocate to Canada had ‘revealed one of the ugliest elements of the Canadian national character’.

He labelled the country a ‘nation of cheapskates’, admitting that although there is ‘no hard estimate of what the cost to the Canadian taxpayer might be if the royal couple relocate to Canada’ it would not be significant. 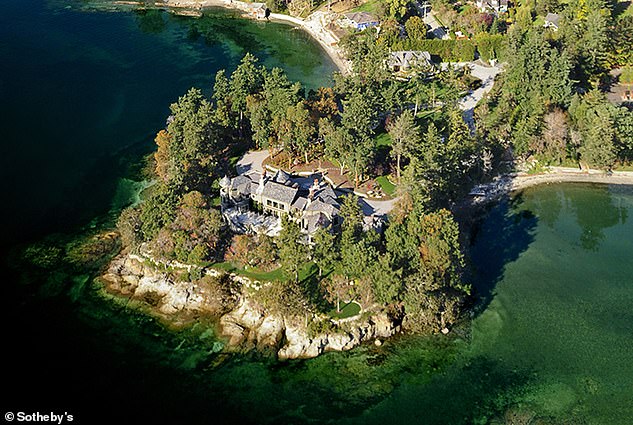 Prince Harry and Meghan Markle spent their first Christmas with baby Archie in Mille Fleurs, $14.1 million waterfront mansion near Victoria, British Columbia. She has been staying there since she left the UK last week

He said: ‘If we take the lower-end estimate of $1.7 million a year, the costs of securing the royals would work out to be roughly 4.5¢ per capita. Not quite a nickel. A year.

‘If we take the higher-end figure cited by the Globe’s expert, the cost explodes to a whopping … 27¢ per Canadian per year, or just over two pennies per month.’

He said that if the county had a ‘healthier respect’ for its own institutions and ‘took itself seriously enough as a country’ then it wouldn’t be debating such an issue.

The news comes it emerged after Harry and Meghan were forced to withdraw a claim they were ‘internationally protected people’ entitled to bodyguards wherever they go.

The Duke and Duchess of Sussex made the claim on their website Sussexroyal.com when it launched last Wednesday.

But the phrase was deleted hours later.

Yesterday a legal expert said the couple made a mistake in presuming they would get protection wherever they live if they are no longer carrying out royal duties.

As far as I can see there is no such thing when you are no longer performing royal duties.’