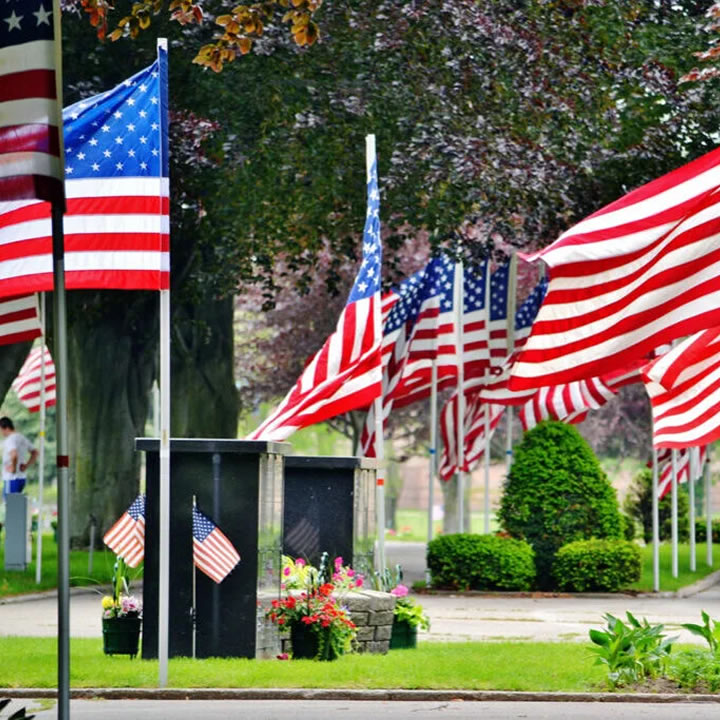 Our nation’s flag is probably one of the greatest honors we can present to show our heartfelt gratitude and eternal respect for the soldiers who have devoted their lives to the service of our country. And in some instances, we also make custom monuments with military symbols to recognize the legacy they left to us. If applicable, religious symbols are also added to pay homage to their faith.

And similar to these meaningful symbols, the burial flag is also an essential part of honoring US army veterans.

Read more as we’ll talk about some of the need-to-know facts about veterans’ burial flags to learn their significance and get to know who is eligible. And after perusing this article, you should have a good idea of these interesting pieces of information that you might want to consider.

What Is A Veterans Burial Flag?

The burial flag is a type of flag that’s being bestowed on the families of veterans who have passed away. Basically, it symbolizes their significant contribution through the service to our country and its people.

Generally, the flag is draped over the veteran’s casket in the wake of the internment and then buried with the coffin during the day of the funeral.

Depending on the family’s preference, the burial flag may be placed either inside or outside the casket.

Who Are Those Eligible To Receive The Veterans Burial Flag?

All army veterans during wartime are eligible to get a flag for their burial. Likewise, those veterans who have died during active duty are also qualified to receive them. Also, veterans who served the country after Jan. 31, 1955, regardless if it’s during a time of war or peace are also eligible.

Moreover, veterans who were honorably discharged are also worthy of receiving such honor.

In some cases, veterans may be qualified to get a burial flag during their burial because of the following reasons: those who have honorary completed their military duties but committed a crime (state or federal) later on, and those who underwent wartime training but was unable to fight due to medical reasons.

How To Receive A Veterans Burial Flag?

In most cases, the funeral directors would contact the Dept. of Veterans Affairs (VA). And they would be the ones who would volunteer to receive the American burial flag for the bereaved family. However, family members of the deceased veteran can also contact the Veterans Affairs directly to receive the flag for the burial of the departed veteran serviceman or woman.

Also, funeral directions can also make arrangements for the upright monument if necessary.

Where Are US Veterans Buried?

Veterans are laid to rest in a Veterans Affairs Cemetery, which is a type of cemetery that is dedicated to veterans so they can be buried at rest without any cost.

Also, spouses of the deceased serviceman or woman and their children are allowed to be laid to rest alongside their family members, only the surviving members will have to pay for the additional inscription to the monument.

If you have additional questions that were not addressed in this post, we suggest that you visit a Veteran’s Affairs office to check an online memorial website for more information. Also, if you’re looking for a place to buy quality American flags, you can visit RealAmericanFlag.com for more information.