Neglectful farmer, 48, who kept his sheep in ‘terrible’ conditions banned from keeping animals

An irresponsible farmer who kept his starving sheep in atrocious conditions and then left their carcasses to rot in the open on his farm after they died has been spared jail.

More than 640 of Waring’s sheep died due to starvation and neglect from January 2017 to January 2018.

Daniel Waring, kept his sheep in terrible conditions and then when they died left the carcasses to rot in the open (pictured) He pleaded guilty to numerous animal welfare and disease control offences 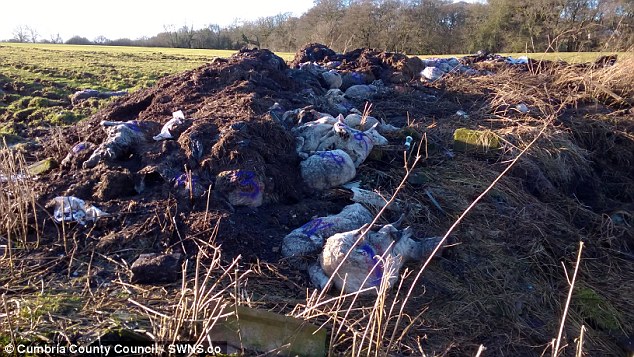 He then shockingly failed to properly dispose of animal carcasses in a timely manner, which were left to rot in the open.

Waring pleaded guilty to a catalogue of more than 30 vile offences at Carlisle Magistrates Court in July but was spared jail on Wednesday August 29.

Judge Chalk was highly critical of Waring’s farming practices and banned him from keeping animals for seven years.

He was also given a prison sentence of 120 days suspended for 12 months, required to carry out 110 days unpaid work and ordered to pay costs of £17,783.

Waring pleaded guilty to causing unnecessary suffering to sheep between December 2017 and January 2018.

Other offences admitted by Waring related to his failure to abide by strict disease control regulations governing animal movements. 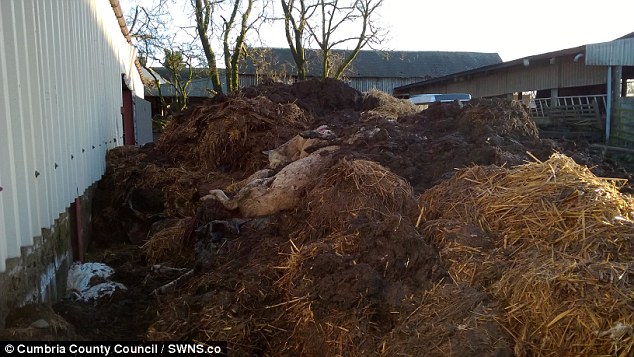 More dead sheep on the farm in amongst piles of manure at the farm. Waring avoided jail for numerous animal cruelty offences, but is banned from keeping animals for seven years 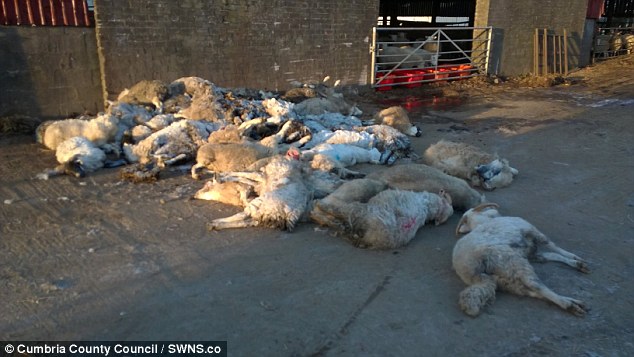 A dead flock of sheep which are carelessly left to rot on the farm in north Cumbria. Waring was also given a prison sentence of 120 days suspended for 12 months, required to carry out 110 days unpaid work and ordered to pay costs of £17,783

The first group of offences were breaches of so-called ‘standstill’ rules, which mean that when new animals are brought on to a farm no livestock can leave that farm for at least six days.

The third group of offences related to his failure to dispose of animal carcasses in a timely manner.

Councillor Celia Tibble, Cabinet Member responsible for Trading Standards, said: ‘This was a long and complex investigation which has been brought to a satisfactory conclusion.

‘We support the farming community but where poor practice and unnecessary suffering are discovered we will intervene and take action.

‘These animals were kept in terrible conditions, animal cruelty will not be tolerated.

‘Laws are there for a reason, to control disease, to protect animals and to ensure the safety of the wider food chain.’