A former neighbor of a woman accusing Joe Biden of sexual assault has come forward to corroborate her story, saying she told her about a senator who put his hand up her skirt in the mid-’90s.

Tara Reade, who served on Biden’s senate staff in 1993 – which is when she claims he pushed her up against a wall, put his hand up her skirt and penetrated her with his fingers – filed a criminal complaint against him with the Washington Metropolitan Police Department earlier this month. Biden has previously denied the claims.

Now a woman who lived next door to Reade in the mid-90s has recalled her describing the incident decades ago and says it must be true.

‘This happened, and I know it did because I remember talking about it,’ Lynda LaCasse told Insider. 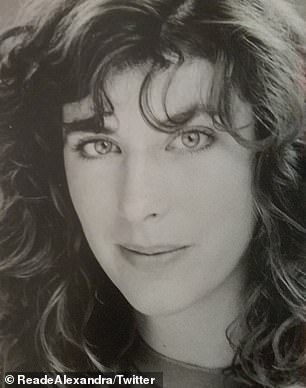 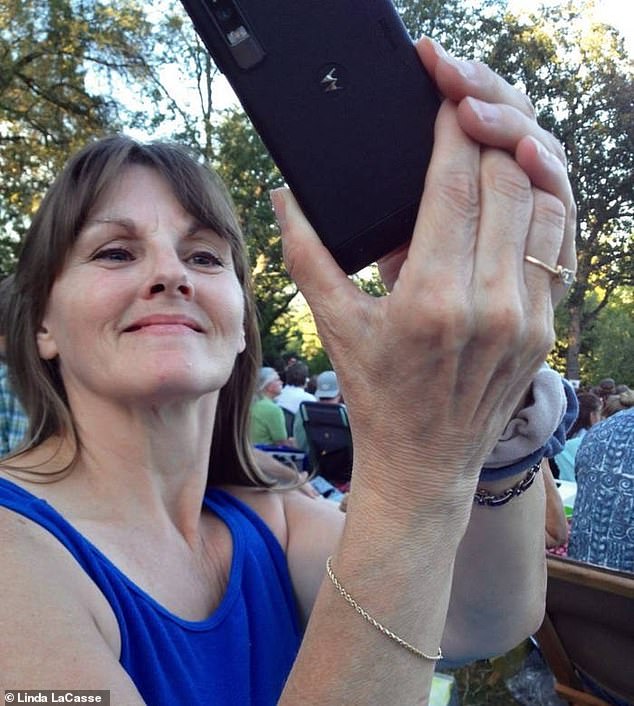 ‘This happened, and I know it did because I remember talking about it,’ Lynda LaCasse, who lived next door to Reade in the mid-’90s, told Insider

In an article written by Rich McHugh, a former NBC producer who has blasted the network for killing Ronan Farrow’s stories about Harvey Weinstein sexual assault allegations, LaCasse says that in 1995 or 1996 Reade told her about an alleged encounter with Biden.

‘I remember her saying, here was this person that she was working for and she idolized him,’ LaCasse said. ‘And he kind of put her up against a wall. And he put his hand up her skirt and he put his fingers inside her. She felt like she was assaulted, and she really didn’t feel there was anything she could do.’

LaCasse claims Reade – who was in her 20s – opened up to her because they ‘were talking about violent stories’.

‘She just told me about the senator that she had worked for and he put his hand up her skirt,’ LaCasse continued.

According to the former neighbor who would chat with Reade on the stoop, Biden’s former aide was ‘crying’ and ‘upset’. LaCasse doesn’t recall details about the alleged location or whether the person who made Reade uncomfortable said anything.

Reade has claimed the incident took place in a corridor.

‘We were alone. And it was the strangest thing. There was no, like, exchange really, he just had me up against the wall,’ she said. 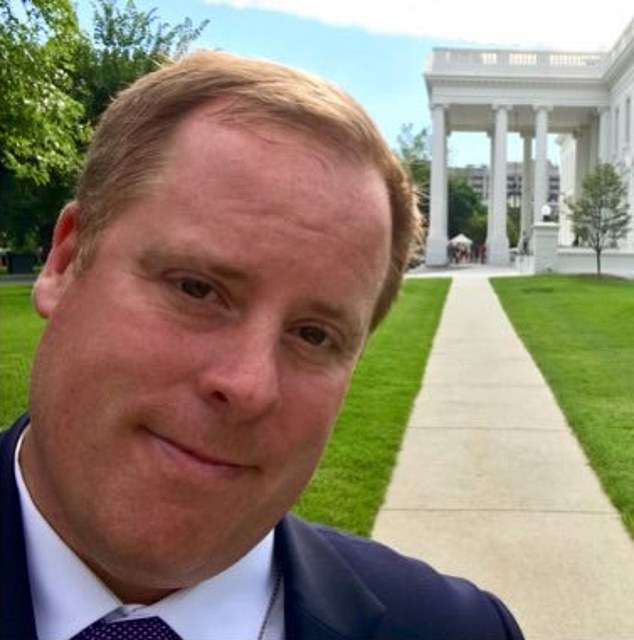 The new article is written by Rich McHugh, a former NBC producer who has blasted the network for killing Ronan Farrow’s stories about Harvey Weinstein 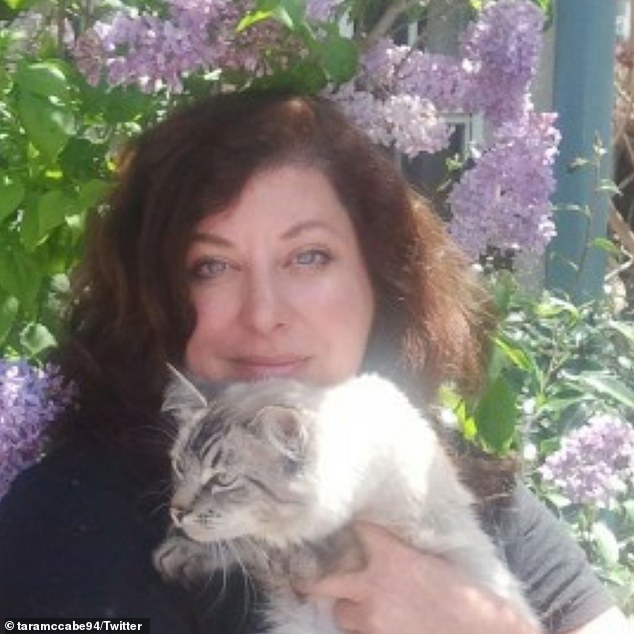 Reade has said: ‘I’d also like to hear Joe Biden’s response, which has not happened. My hope is that the conversation will move forward and we will examine how I was treated when I came forward’

Reade said Biden said to her, ‘Come on man, I heard you liked me.’

‘He implied that I had done this,’ she told the Katie Halper Show podcast host on March 25.

At first Reade didn’t want to mention the other quote that got stuck in her head, but then she told Halper what it was.

‘You’re nothing to me,’ she claimed the senator said to her. ‘Nothing.’

LaCasse calls herself a ‘very strong Democrat’ and says she will vote for Biden ‘regardless’ but she felt she had to corroborate the story despite the fact her support ‘may have repercussions for me.’

‘She didn’t ask me to,’ LaCasse said. ‘I volunteered to do that just recently. If this was me, I would want somebody to stand up for me. It takes a lot of guts to do what she’s doing.’

Reade’s former neighbor lost touch with her over the years but they reconnected in 2016. They discussed the conversation where Reade opened up about the assault in April 2019 after Reade told a Nevada City, California, newspaper that Biden had inappropriately touched her and made her feel uncomfortable. In that interview Reade did not accuse Biden of assault. 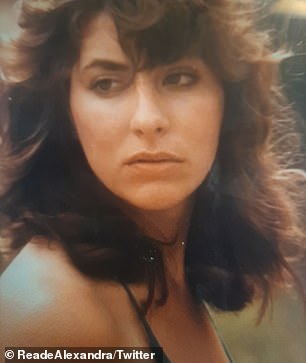 ‘[Reade said] she had been sexually harassed by her former boss while she was in DC and as a result of her voicing her concerns to her supervisors, she was let go, fired,’ Lorraine Sanchez (not pictured), who worked with Reade in the office of California Sen. Jack O’Connell in the mid-’90s, told Insider

‘She mentioned that she had come forward,’ LaCasse said, ‘and so I said, “Oh my gosh. Yeah. I do remember that”.’

Lorraine Sanchez, who worked with Reade in the office of California Sen. Jack O’Connell in the mid-’90s, also spoke to Insider but did not know if Reade shared details of the alleged encounter or whether she named the boss.

‘[Reade said] she had been sexually harassed by her former boss while she was in DC and as a result of her voicing her concerns to her supervisors, she was let go, fired,’ Sanchez told Insider.

‘What I do remember is reassuring her that nothing like that would ever happen to her here in our office, that she was in a safe place, free from any sexual harassment.’

Reade said the employer Sanchez recalls her complaining about was Biden, Insider reports. Reade told the publication she didn’t experience harassment from any other employer in Washington.

Reade managed interns before the alleged incident. Reade said after she got no response from superiors about Biden touching her and making her feel uncomfortable, she complained to HR about her treatment.

In the report by McHugh, Biden’s executive assistant for almost two decades, said she never witnessed or heard of any misconduct.

‘I have absolutely no knowledge or memory of Ms. Reade’s accounting of events, which would have left a searing impression on me as a woman professional, and as a manager,’ Marianne Baker, who worked there in 1993, said in a statement.

Someone who was an intern at the time in April 1993 and who wished not to be identified in the Insider report said she doesn’t recall Reade speaking of assault or harassment allegations. The former intern said its true Reade was suddenly removed from her role managing interns and said at the time she found it strange. 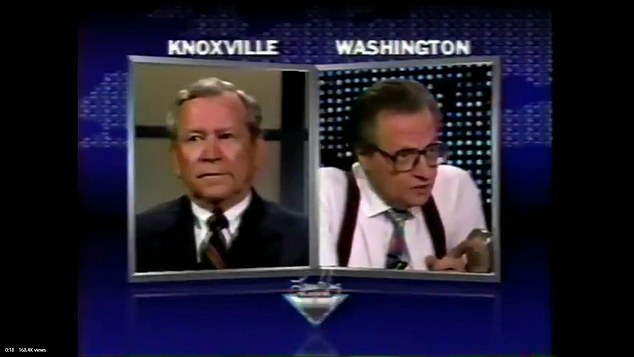 Reade’s brother Collin Moulton previously said he remembers her claiming he ‘had his hand under her clothes at some point.’

After Reade’s interview on a podcast detailing the allegations, an old clip resurfaced of her mother calling into Larry King’s CNN show and asking for advice about her daughter who had ‘problems’ with a prominent senator.

‘Women have a right to tell their story, and reporters have an obligation to rigorously vet those claims,’ Kate Bedingfield, Biden’s communications director previously said in a statement. ‘We encourage them to do so, because these accusations are false.’

Insider reports that while on April 20, a police said there was ‘an active investigation’ into Reade’s complaint, on Saturday, the case had been ‘moved to an inactive status.’

‘I’d like to be heard in a fair and objective way,’ she told McHugh. ‘And I’d also like to hear Joe Biden’s response, which has not happened. My hope is that the conversation will move forward and we will examine how I was treated when I came forward, and really look at the fact that, like domestic violence, sexual assault, and sexual harassment is not a partisan issue. It is an equal-opportunity offender.’

DailyMail.com has reached out to Biden’s representatives but did not immediately receive a response.