Neighbor saves boy, 9, from being mauled by 3 pit bulls

A Georgia woman is being called a hero after she saved a nine-year-old boy from being mauled by pit bulls.

The boy was attacked on Wednesday night in Loganville after the pit bulls got loose and began attacking him.

Svetlana Reut saw what was happening, jumped in and was able get the pit bulls off off of the boy before they turned on her.

Svetlana Reut is being called a hero after she saved a nine-year-old boy from a pit bull attack on Wednesday in Loganville, Georgia. She was able to pull them off of the boy when they began to attack her (Pictured, one of the pit bulls involved in the attack)

‘I pushed the dogs away, I managed to get them off of his face,’ Reut told WSB-TV.

According to police, the owner, Derick Murphy, finally appeared and was able to call the pit bulls off of Reut and place them inside his garage.

The boy, whose name has not been released, received severe injuries to his face and was airlifted to Children’s Healthcare of Atlanta at Egleston and had to undergo plastic surgery.

‘He had severe lacerations to face and to his neck,’ said Loganville city spokesperson Robbie Schwartz.

The boy’s family has said he is recovering, but have asked for privacy at this time.

Reut was also hospitalized for her injuries.

‘They gnawed on my face here. They nicked my tooth here, I had to get braces. This was a pretty deep wound,’ Reut said.

‘My thing was just to save [the boy]. That was a lot more important.’ 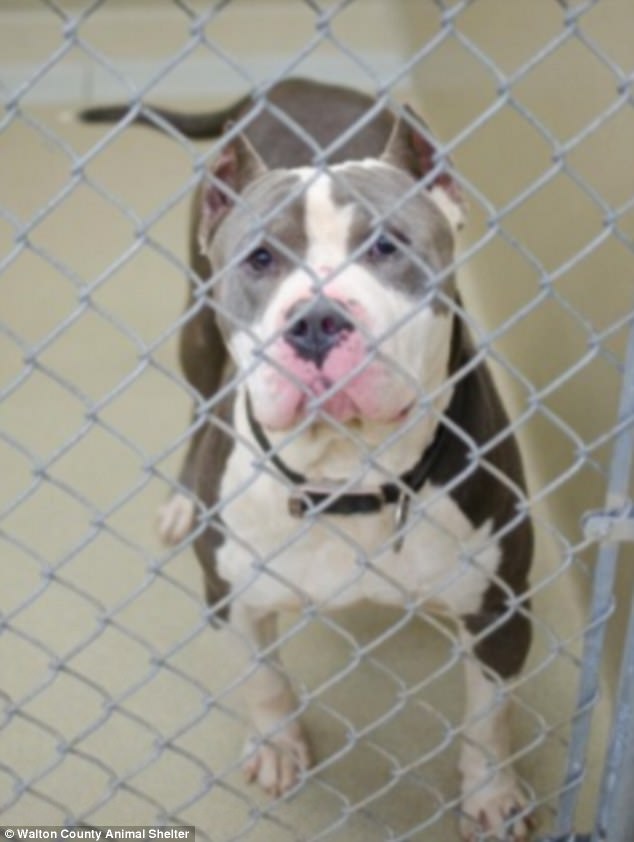 The three pit bulls left Reut with scratches and bites to her face and arms and knocked a tooth loose. The boy had to be airlifted to a hospital and undergo plastic surgery for severe lacerations to the face and neck (Pictured, one of the pit bulls involved in the attack) 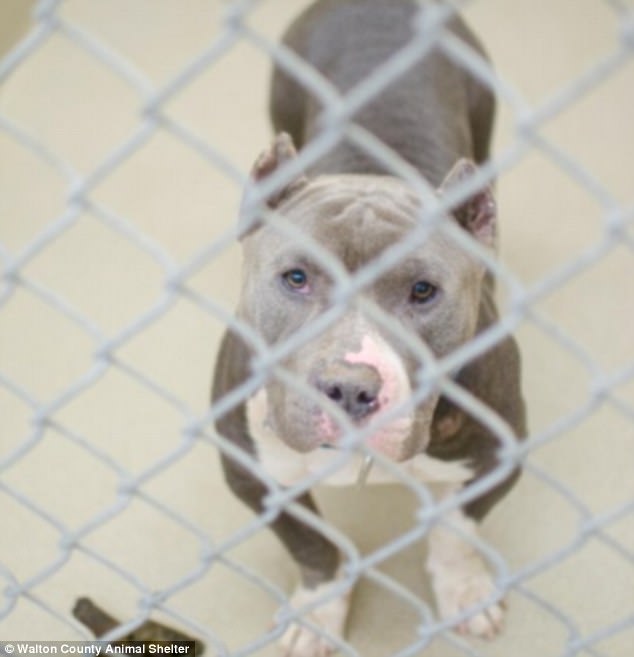 The owner told police that the dogs ‘have never been vicious toward anyone before’. The dogs were taken to animal control, where they will be quarantined for 10 days (Pictured, one of the pit bulls involved in the attack)

Murphy told police he ‘had no idea’ how the pit bulls escaped from his property, and said the dogs ‘have never been vicious toward anyone before’, according to WMAZ.

The dogs were taken to animal control, where they will be quarantined for 10 days. Animal control officials said the dogs’ futures have not been decided yet.

Authorities said Murphy has not been charged.

‘He’s been very cooperative. He has cooperate with animal control,’ Schwartz said.