Neighborhood cat stands up to a BOBCAT in New Mexico

Residents of a northwest Albuquerque, New Mexico, neighborhood had quite the surprise when they looked out their windows and saw a bobcat roaming the streets.

The animal came face-to-face with its own surprise when it ran into a neighbor’s cat.

The pet, named Leo, had a stare down with the wild animal.

Leo stood his ground in front of the much larger cat.

The homeowner’s husband went outside and startled the bobcat, which then ran away.

The pet then bravely chases the bobcat. Leo was spotted later in the day unharmed.

The bobcat seemed right at home on the paved streets, walking around like it owned the place.

A woman didn’t believe her husband when he came inside and told her that a bobcat was outside on Wednesday evening.

‘My husband came in and said there’s a bobcat in the front yard. Of course, I didn’t believe him,’ Anita Bruce said to KOAT 7.

‘I went to the security cameras and then I saw this guy walking across. And sure enough, big bobcat,’ she said. 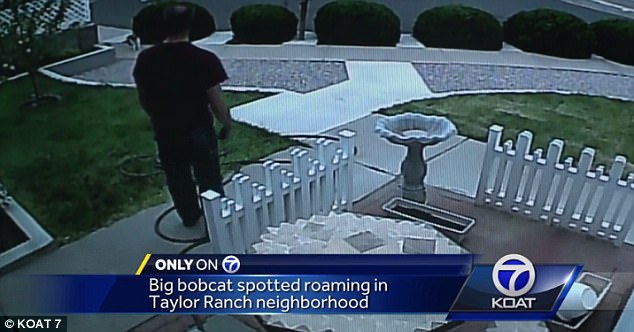 Anita Bruce’s husband went out to scare the bobcat away from the cat, but the declawed pet chased the bobcat instead 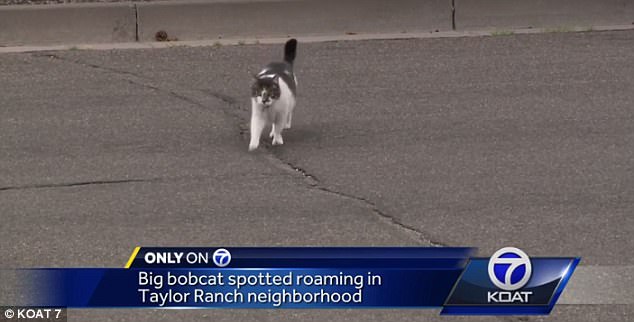 The neighborhood cat Leo was spotted later in the day unharmed 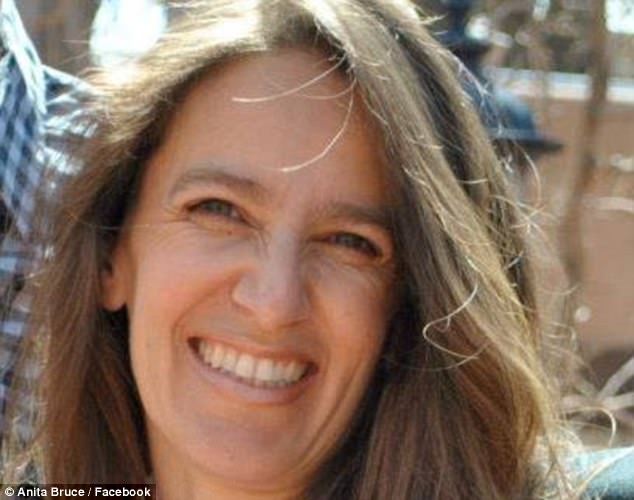 Anita Bruce saw the bobcat on security cameras outside her home in Albuquerque, New Mexico