Neighbour from hell abused elderly couple in Essex, mocking them over their daughter’s infertility

Pamela Cutts, 57, has been hit with a restraining order after she abused her elderly neighbours

A neighbour from hell has been slapped with a restraining order after she abused her elderly neighbours about their daughter’s infertility.

Cruel Pamela Cutts carried out a campaign of abuse against Audrey Hull, 74, and her husband Cyril, 79, by verbally abusing them over their garden fence.

The pensioners were afraid to go into their own garden as the 57-year-old continued to verbally attack them.

Cutts then used things the couple had told them in private when they had been friends, against them.

The vile neighbour began to mock the couple’s daughter, Tina Townsend, over her infertility. Ms Townsend was left needing counselling after the disgusting abuse.

CCTV was installed at the house to catch the abuse on camera, which lasted for three years between 2014 and 2017.

Cutts was slapped with a restraining order for a year and was fined £250 and ordered to pay £135 in court costs and a £30 victim surcharge at Colchester Magistrates’ Court.

In footage taken in September 2017 Ms Townsend can be seen in her parents’ driveway, saying goodbye and getting into her car.

As Mrs Hull walks back to the house, Cutts can be heard shouting: ‘Is that the old slapper I saw just now, the one who can’t have kids?’ 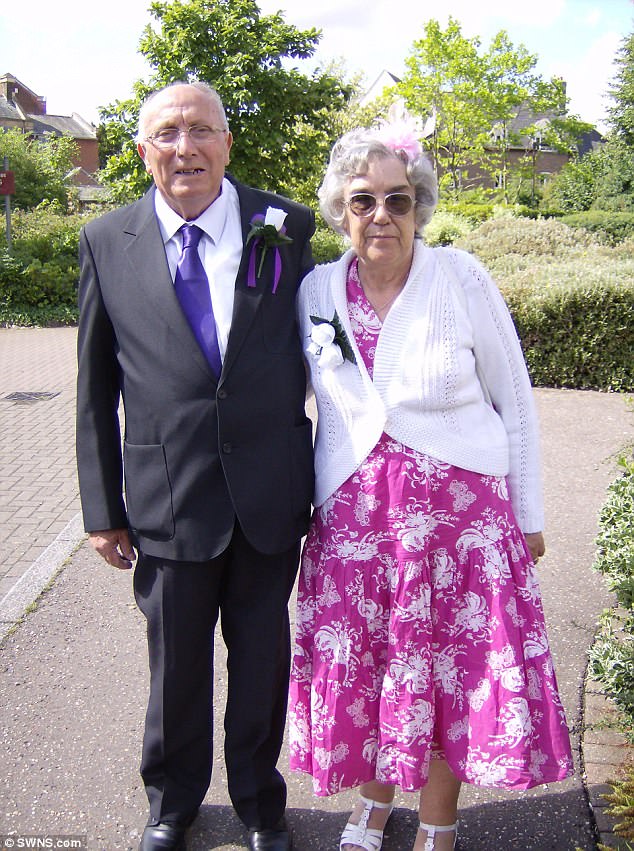 Audrey and Cyril Hull, both in their 70s, were too afraid to go into their own garden because their neighbour was shouting at them and their daughter 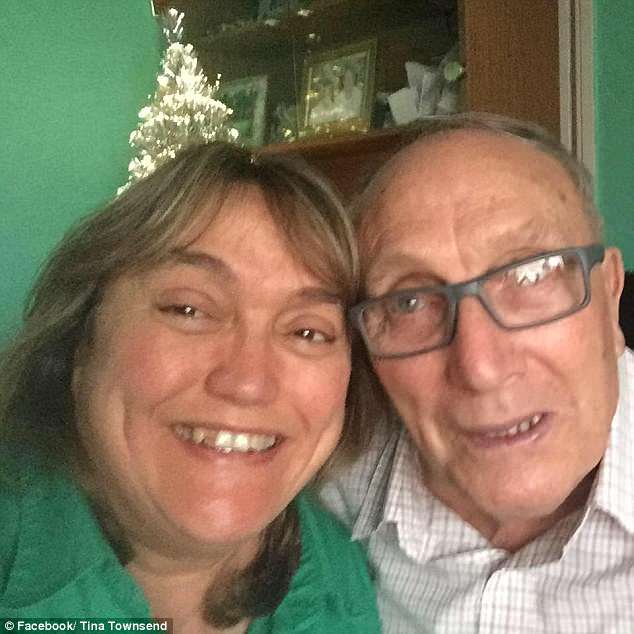 Tina Townsend and her father Cyril, 79. Tina’s infertility was mocked by a cruel neighbour who left her parents afraid to go into their garden

In another video from September, Mr Hull is opening his garage door, while Cutts can be seen trimming her hedge nearby. 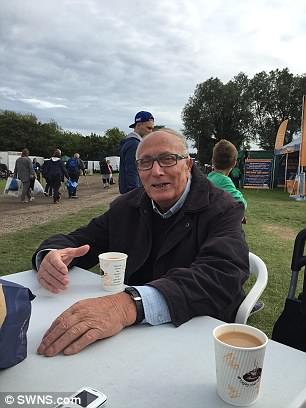 Cyril Hull, 79, was veybally abused by a neighbour who mocked his daughter’s infertility and called them ‘scabs’

She says: ‘Has your daughter had any kids yet? Oh no, she can’t can she? That’s right, she can’t.’

And in another from October, Cutts shouts abuse at Mrs Hull as she gets out of her car and walks towards the house.

She adds: ‘What a shame when you can’t have kids.’

Tina Townsend, a company director and healthy and safety consultant from Witham, Essex, said she needed counselling after the abuse of her and her parents.

She said: ‘The predominant thing was her referring to my inability to have children.

‘She called them muppets; she went to their landlord and told them they should evict them; she called them scum and we were scabs because we contacted the police.’

Police and council officials warned Cutts to stop her confrontational behaviour but she persisted.

Cutts would also put her ear to the adjoining garden fence and listed to her neighbours.

Mrs Hull said: ‘We have been living here for 49 years.

‘She would call us muppets but the worst bit that upset me and my husband was what she said about our daughter.

‘I had told her that in confidence, as at one time we were good friends.’ Frightened Mrs Hull can be seen hurrying away from her car as her neighbour screams at her over the fence in Birch village, Essex Neighbour from hell abused Audrey Hull, 74, and her husband Cyril, 79, over the garden fence at their home in the village of Birch, Essex

Mrs Hull added: ‘It got to the point where I wouldn’t go outside if I knew she was there. ‘When she started shouting over the fence about Tina not being able to have children I thought that was awful and I still feel that was wrong.

‘I don’t understand why she would do that.’

The shocking incidents at the couple’s home in the Essex village of Birch were captured on CCTV and allowed the Hulls to take matters further.

The CCTV footage showed Cutts as she tries to speak to Mr Hull as he opens the shed doors in the garden.

In the video she is heard saying to the pensioner: ‘Has Tina had children yet? Oh no, she can’t’.

Mrs Hull and her husband, 79, said the harassment had affected them both badly but she fears the restraining order will not halt the campaign of hate.

She added: ‘Looking back she has been warned and has breached them. I don’t think she will take any notice.

‘I have been supported by my friends here. think I would have fallen apart if it wasn’t for them.’ Vile neighbour Cutts, 57, has been fined and slapped with a restraining order after she abused her neighbours over the garden fence

Ms Townsend said in a statement: ‘Mrs Cutts’ referral to my inability to have children has led to my having to, after many years of coming to terms with my childlessness, seek counselling which I pay for privately.

‘This subject, that she was told in confidence, was something she referred to, to upset my parents.

‘As a previous stroke survivor I am worried, as are my husband and step-children that it may cause me further illness.

‘My parents shouldn’t have to be subjected to this sort of harassment. They now want to live their lives quietly and move on.’