A severely overgrown garden has engulfed a house, causing neighbours to complain about the vine-ridden property.

A boat, a van and a car lurk beneath the carpet of greenery that has overwhelmed the property in Ramsgate, east Kent.

One neighbour has even complained they had to rebuild their wall due to incursion onto their property from the out-of-control vegetation.

Meanwhile, the local postie has boycotted the property, labelling mail destined for the bushy house ‘undeliverable’.

Despite the property’s unkempt appearance, locals said the mysterious occupant was a ‘lovely, well-kept man’. 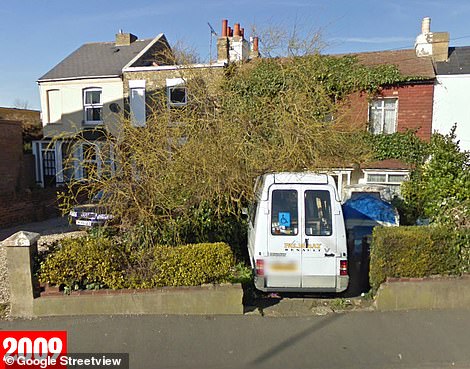 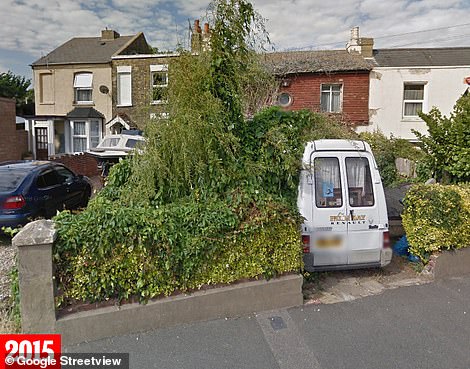 A street view of the property – on Boundary Road, Ramsgate, east Kent – shows it has been engulfed by greenery since 2009 – and the vines have been growing ever thicker since then. 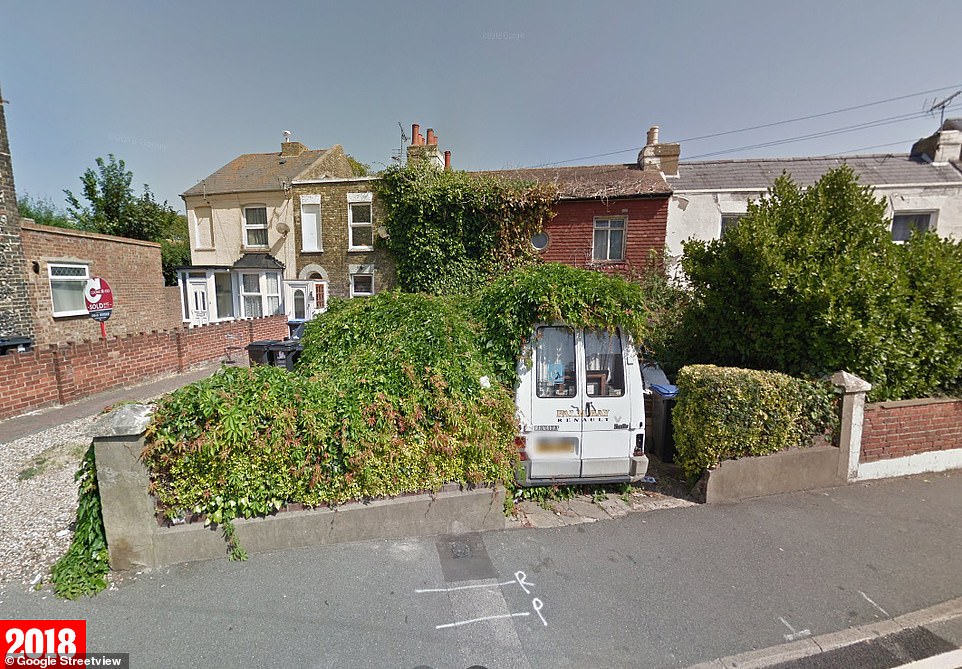 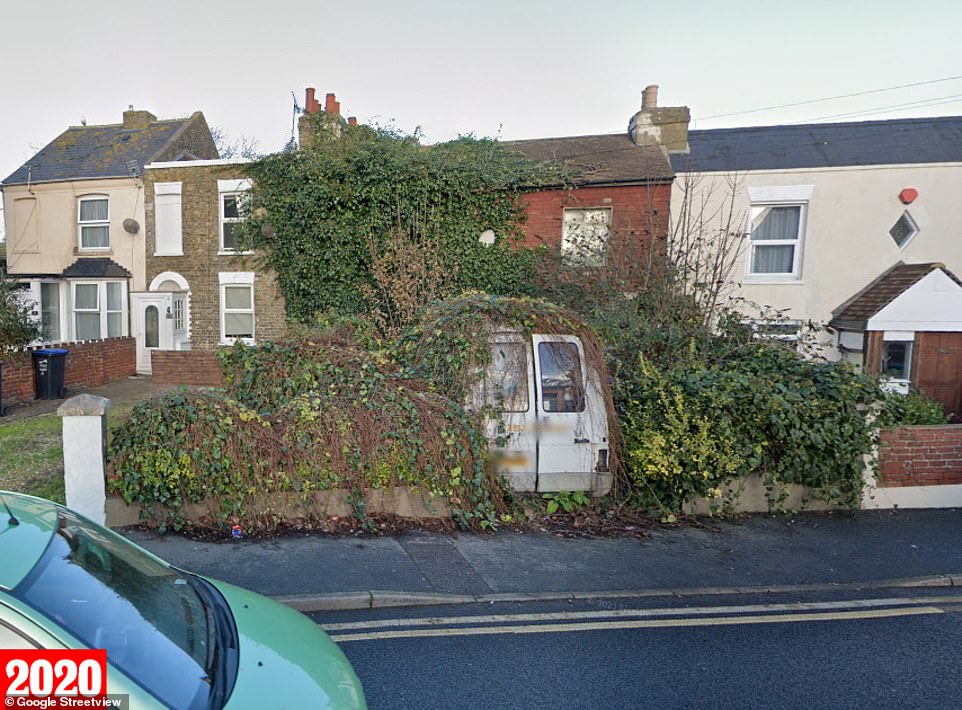 A severely overgrown garden has engulfed a house in Ramsgate, east Kent, causing locals to complain about the vine-ridden property – as one neighbour says they had to rebuild their wall. Pictured: Street view of the property in 2020 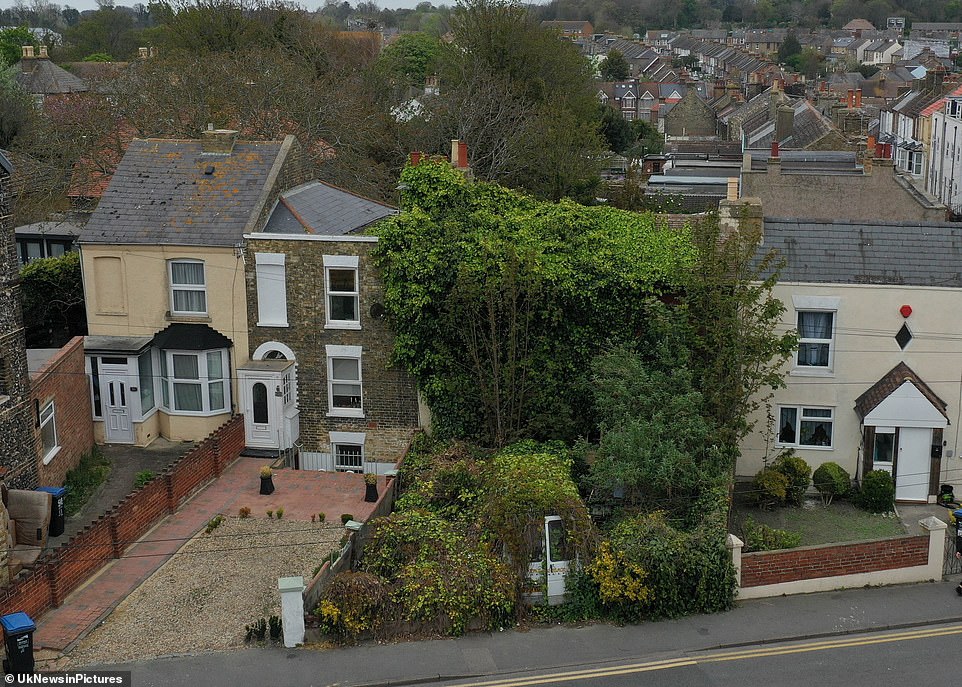 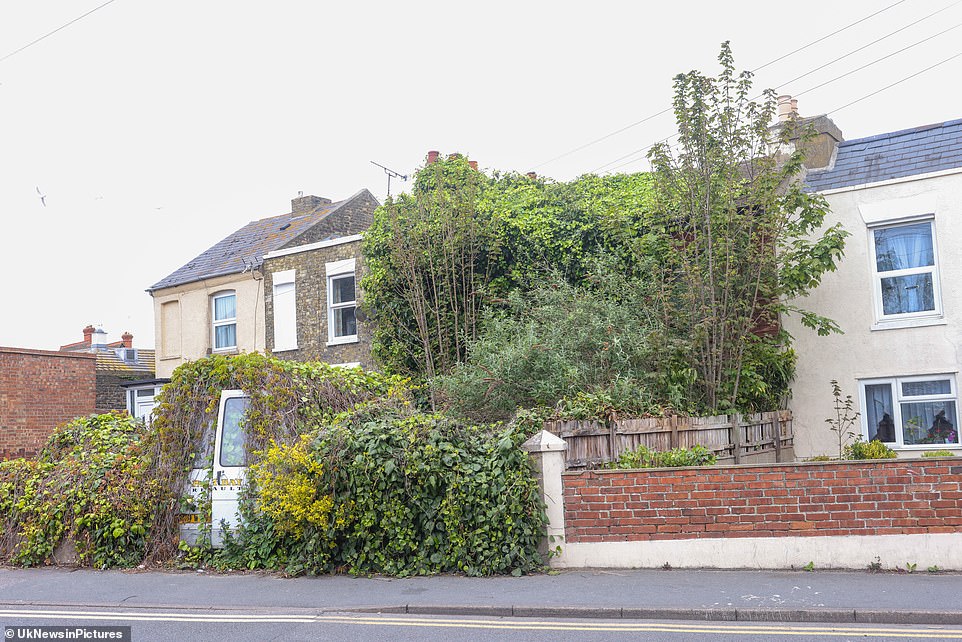 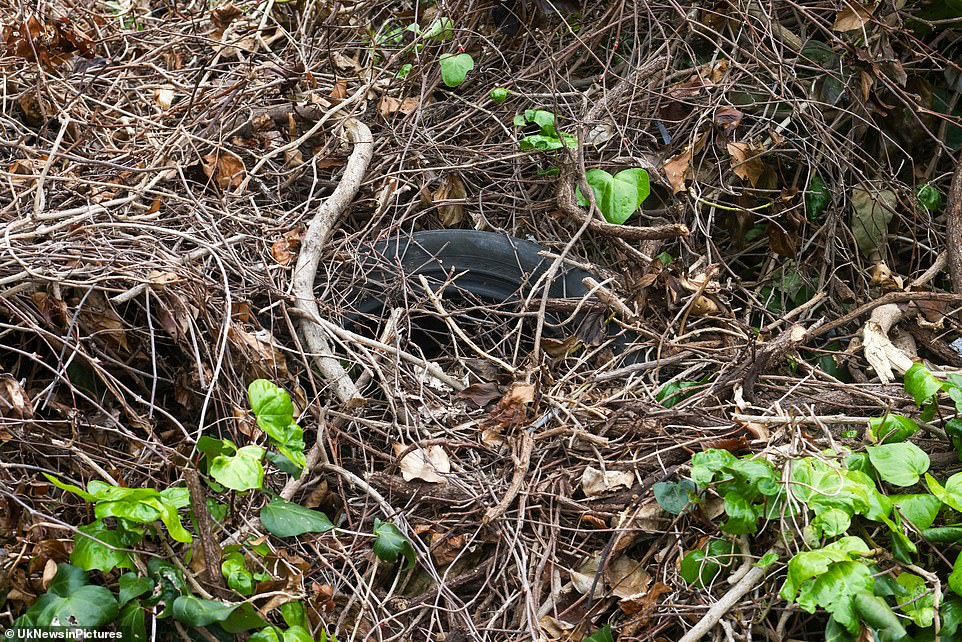 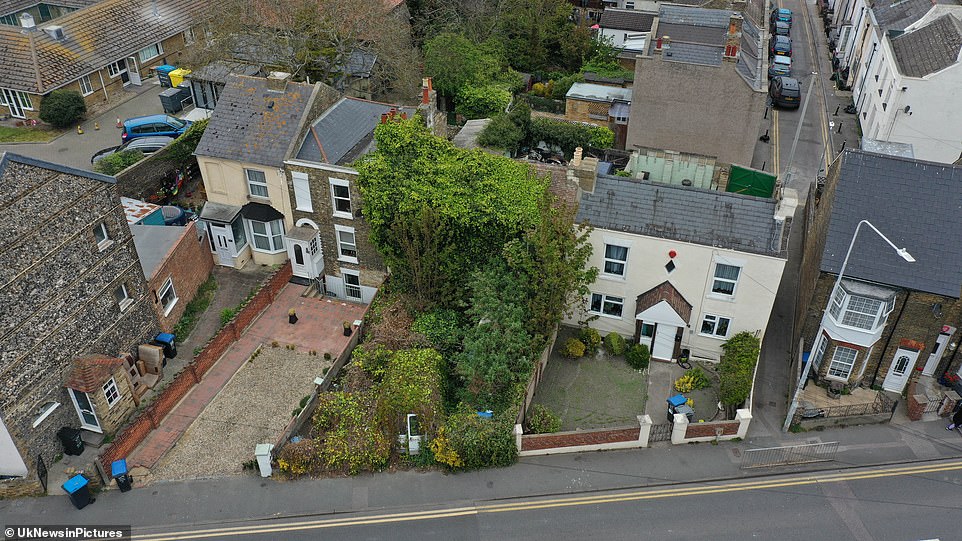 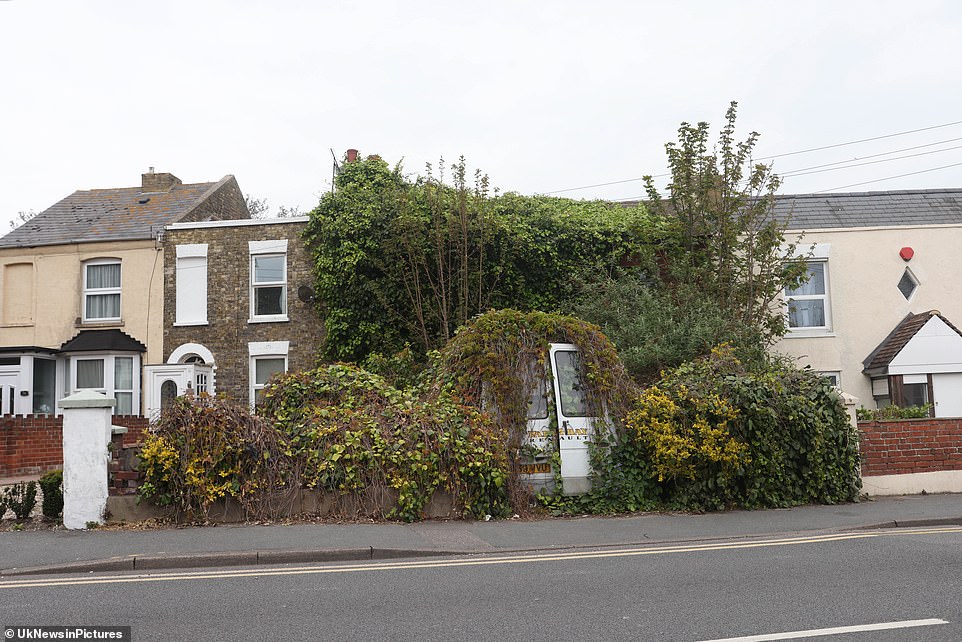 Trees, shrubs and vines can be seen on the property – its owner has been described as an ‘enigma wrapped in a bush’ 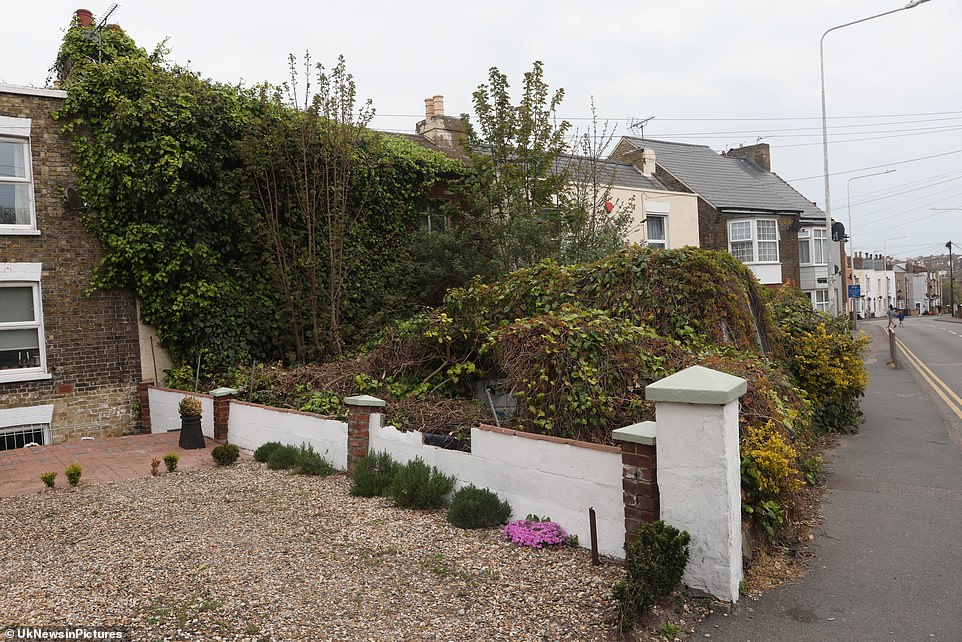 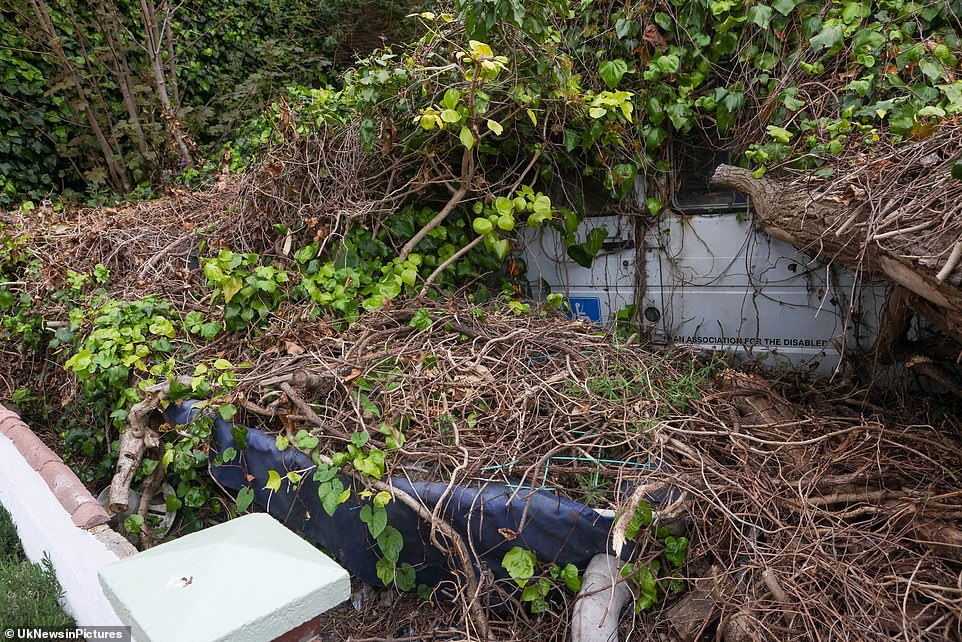 A boat, car and a van are all housed underneath the vines on the property in Ramsgate, east Kent 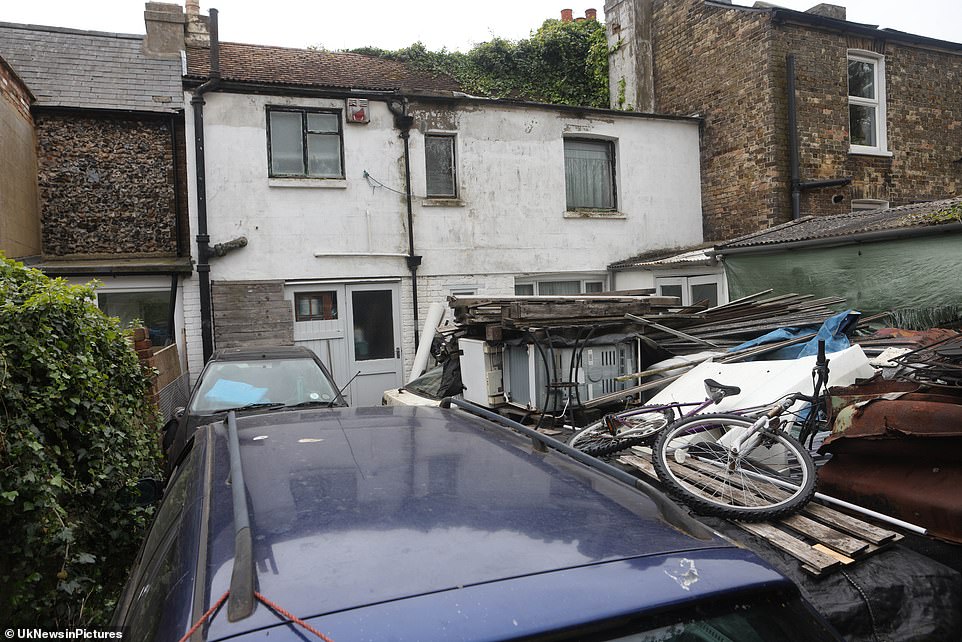 The occupant, whose house is almost entirely deprived of natural light, reportedly was happy to comply with a request by one neighbour to trim back shoots that were creeping onto their property.

One disgruntled neighbour told The Sun: ‘The locals are aware of it, the PCSOs and the fire brigade have been round a few times.

‘I don’t understand how there is no responsibility for it.

‘You have people walking up and down picking up litter.

‘I’m left thinking seriously what is the point of that when you have this there.

‘But the front is completely overgrown.’

Thanet District Council have reportedly been unable to engage with the house’s owner. 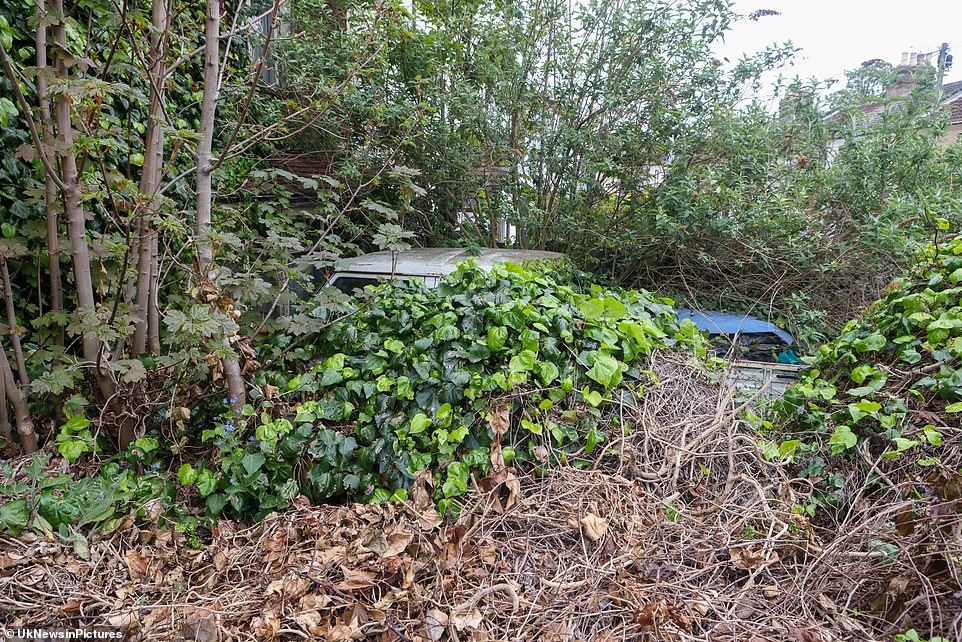 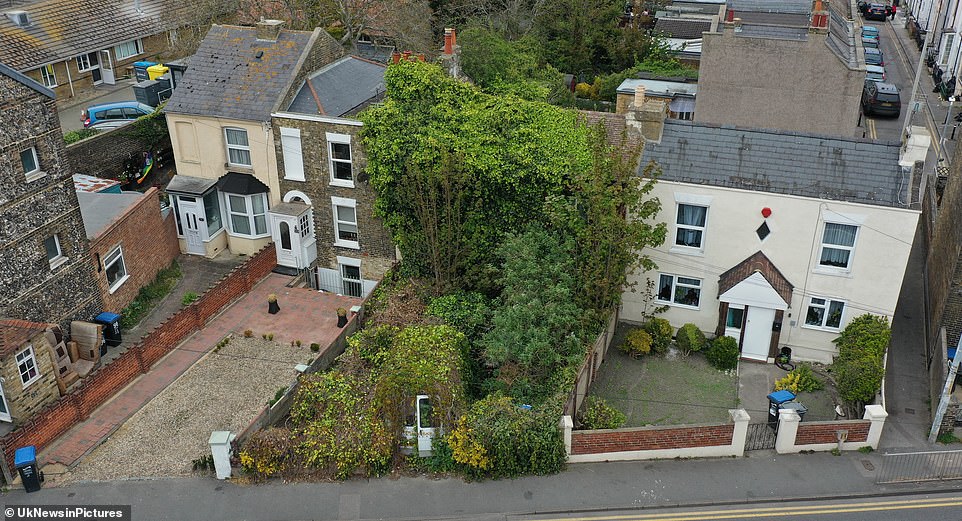 According to bemused but complimentary neighbours, the owner keeps to himself and seldom bothers those around him 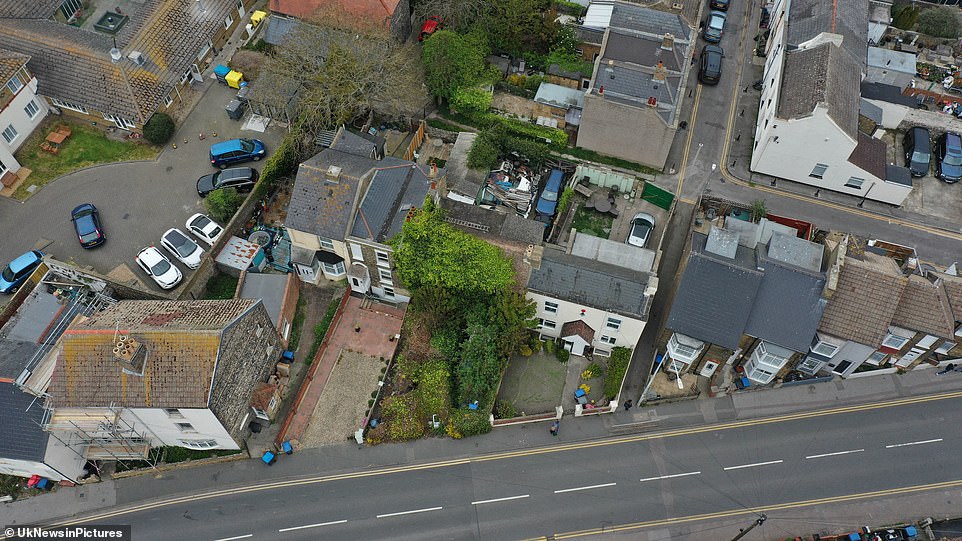 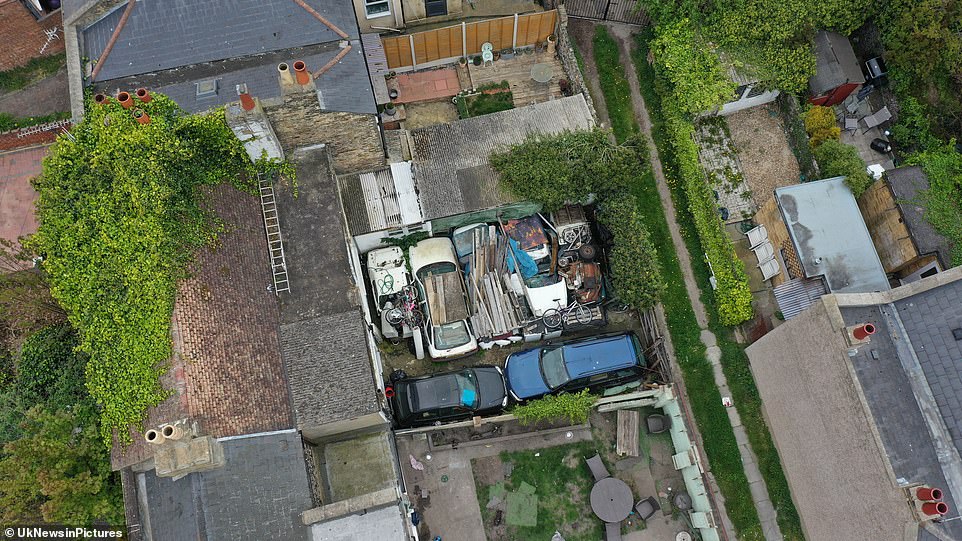 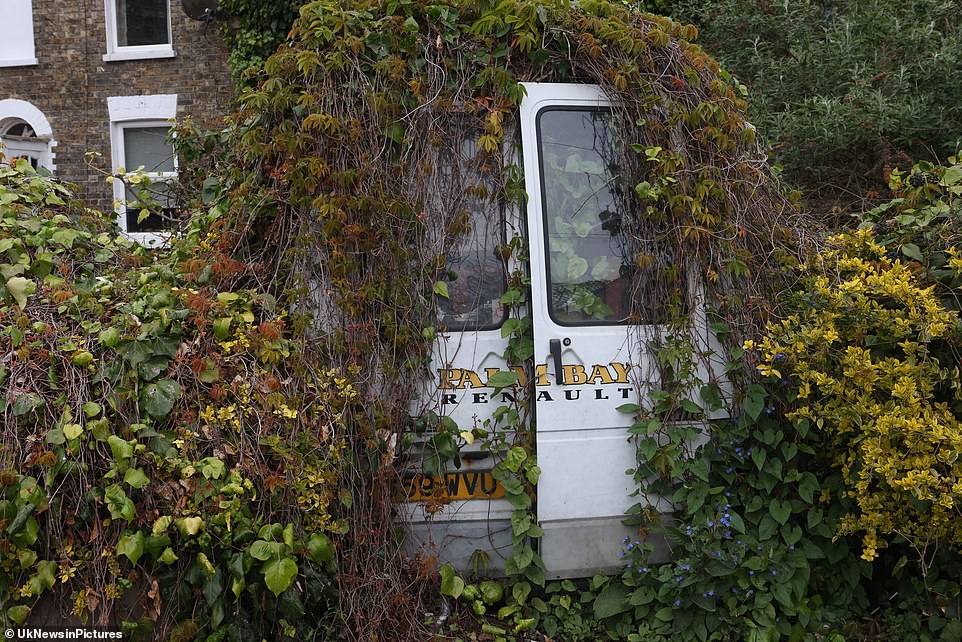 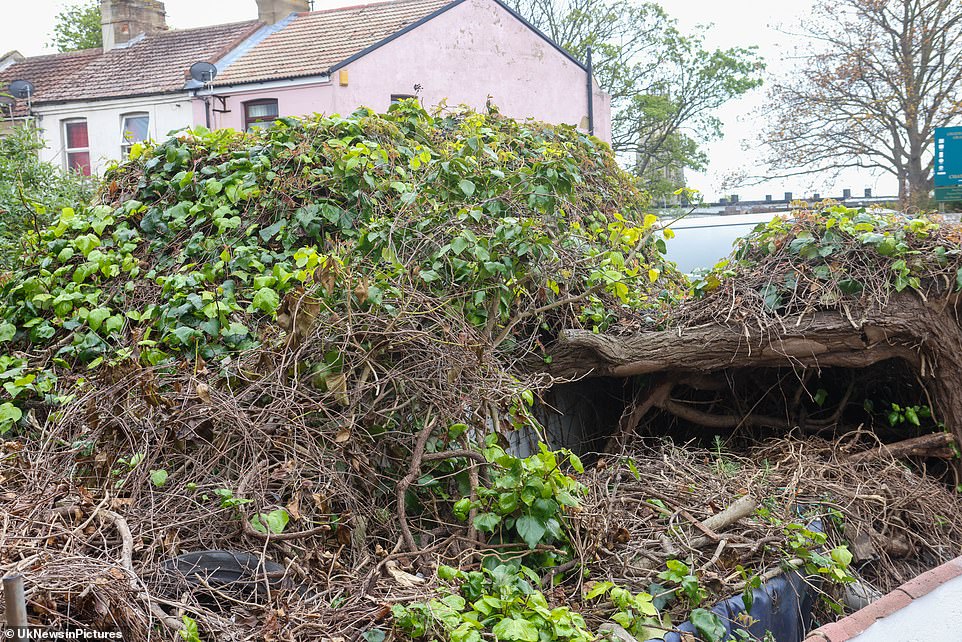 The ‘enigmatic’ homeowner has lived in the shrub-enshrouded property for 12 years, keeping himself to himself.

Ted, another neighbour, said: ‘I just sometimes see him to say hello to.

‘He gets in and out over the back.

‘He is very nice, but a bit secluded really. The house is definitely lived in.

‘He doesn’t do a lot with it though. He leaves us alone so we leave him alone.’

Rena Reves, 40, described her mysterious neighbour as ‘an enigma wrapped in bush’.

She said: ‘There used to be a little path that went up to the front door but that’s long gone.

‘I think squirrels live in one of the vans at the front of the garden.

‘The problem is when it starts affecting other people.

‘Some of the vines have started going to the chimney of the other house, and if it gets into the brickwork that won’t be any good.

She added: ‘It’s just always been like that for as long as I can remember.’

A friend of the homeowner said: ‘He’s a lovely man. Done a lot for charity.

‘It doesn’t bother him. He goes in the back way, he keeps himself lovely and clean.

‘He does live there and has for a while.

‘He is a bit of a recluse, but it’s always been like that.

‘It’s his property. He can do what he wants. He owns the house.’

A spokesman for Thanet District Council said: ‘We are aware of the situation at the property on Boundary Road, Ramsgate and our Empty Homes Team has attempted to engage with the owner on more than one occasion, unfortunately without success.’