‘There’s a baby up there’: Brave neighbour shares how he rushed to save a young boy trapped under a bed in a burning building before the child’s tragic death

A child has tragically died after being pulled from under a bed during a blaze at a public housing building in Melbourne on Saturday afternoon.

Resident Kevin Georgiadis said he alerted firefighters to the location of the child after he rushed to one of the apartments and was confronted by thick black smoke.

Victoria Police said the boy was rushed to hospital from the Fitzroy North building in a serious condition but he sadly passed away shortly after arriving at hospital.

About 35 firefighters were on the scene and the other residents of the building have been accounted for after they were safely evacuated. 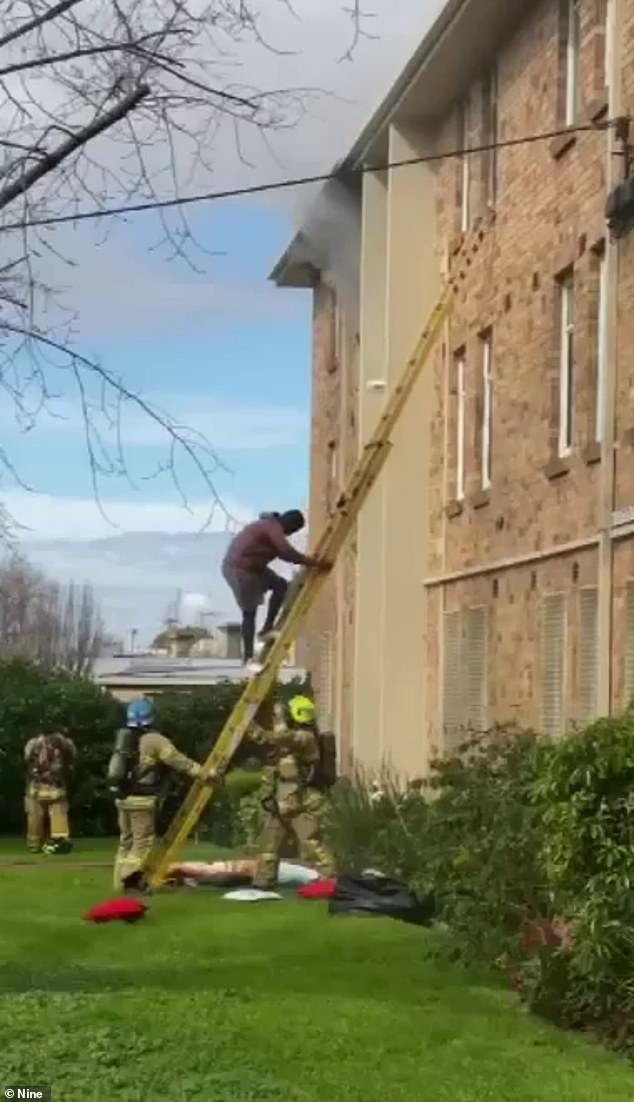 Emergency services arrived at the three-storey brick building about 12.30pm after responding to reports of a fire.

Mr Georgiadis said he heard screaming from an apartment on a different floor from his and when he went to investigate found the mother carrying one of her children.

‘She was screaming her head off. It didn’t look that bad from the outside but it was when I got up there – it was black,’ he told The Herald Sun.

Mr Georgiadis said he tried to make it to the other child but could not get passed the kitchen and lounge room because of the smoke.

He also described seeing sparks flying from a heater inside the apartment.

‘When the fire brigade came, I was out of breath and I told them ”don’t talk to anybody else, just run straight up there, there’s a baby up there”,’ he said.

The 52-year-old said he was sure he was going to collapse when he was in the building.

A crime scene has been established with arson squad detectives and fire crews remaining on site to investigate.

Another resident, Jeylan Dzemailoska, described being alerted after hearing screaming from somewhere in the building.

‘I opened the door to see where it was. Then all of a sudden it was just big thick smoke coming in. It was scary,’ she told the ABC.

Video from the scene shows one man hanging out his window who had to be rescued by fire crews using a large ladder.

Anyone with information or who witnessed the incident can contact police via Crime Stoppers. 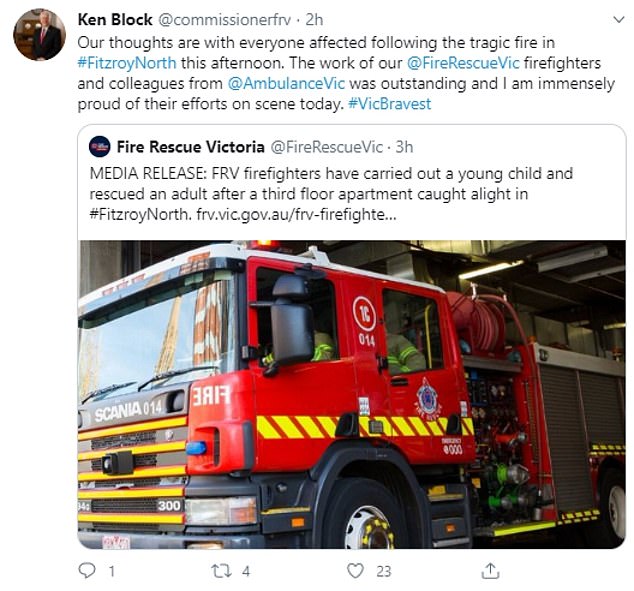