Neighbours is SAVED! Iconic soap set to return on Amazon

Neighbours has been saved – just four months after its final episode aired.

The beloved soap came to an end in July after 37 years, with the last ever episode airing on Channel 5.

In a shock announcement, Amazon Freevee and Fremantle have revealed the show will be returning to our TV screens.

The series will air for free on Amazon Freevee in the UK and U.S. and will include streaming rights to thousands of episodes from previous seasons.

The series will also stream on Prime Video in Australia, New Zealand, and Canada.

Production is set to commence in early 2023 with a world premiere pegged for the second half of the year.

Neighbours will return for a brand-new series next year exclusively on @AmazonFreevee, alongside thousands of episodes from previous seasons to stream as you please. 🎉 pic.twitter.com/3BXO5nXCBm

Lauren Anderson, head of AVOD original content and programming, Amazon Studios, said: ‘Neighbours has captivated its audience for nearly 40 years, building a dedicated and loyal following for the lives and stories of the characters on Ramsay Street.

‘With the power of streaming, we’re able to offer a catalogue of thousands of Neighbours episodes for new audiences to discover this legendary series and current fans to relive their favorite moments.

‘We look forward to immersing the audience in new Ramsay Street experiences when we relaunch the show next year for Amazon Freevee and Prime Video customers.’ 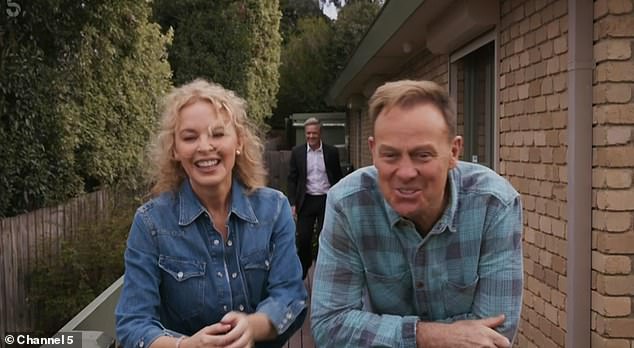 Success: Back in July, UK fans got to see the last installment – featuring the return of Kylie Minogue Jason Donovan as beloved characters Scott and Charlene

Neighbours’ final ever episode ended on a high in July, as a peak of almost 3 million UK viewers tuned in to Channel 5.

UK fans got to see the last installment – featuring the return of Kylie Minogue Jason Donovan and Guy Pearce that month- with Australian fans tuning in the day before.

And while the extended special was a hit over here, down under it was a runaway success, with the episode winning the television ratings for the first time in more than a decade.

Overnight UK ratings show Neighbours attracted an average of 2.6 million viewers, with the episode hitting a peak of 2.9 million.

The last hurrah garnered an audience share of 17.5% and came in fourth in the overall ratings behind BBC One’s The Commonweath Games coverage and ITV’s Emmerdale and ratings winner Coronation Street, which brought 3.5 million viewers to ITV. 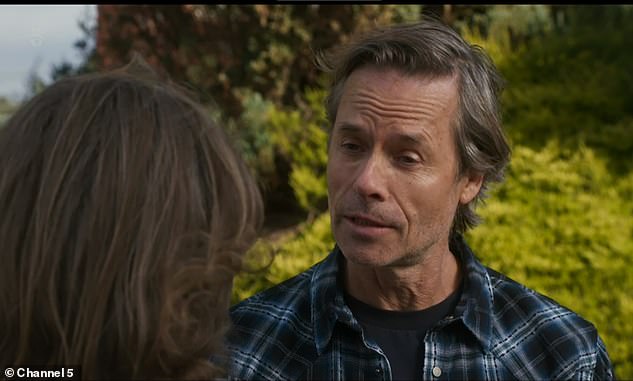 Nice one! Guy Pearce also returned to the show for the finale in July as Mike Young

Meanwhile, midweek episodes, dubbed ‘the final week’, leading up to the finale also creeped into the UK top 20 ratings, with the third till last installment getting 837,000 viewers.

While the number crept up for the penultimate episode, with 1.02 million fans watching.

In Australia, the episode, which was simulcast on Channel 10 and 10 Peach, drew 873,000 metro viewers across both stations, largely thanks to the cast of returning favourites.

No other entertainment program came close to Neighbours as it wrapped up its historic 37-year run with a 90-minute special, reports TV Blackbox. 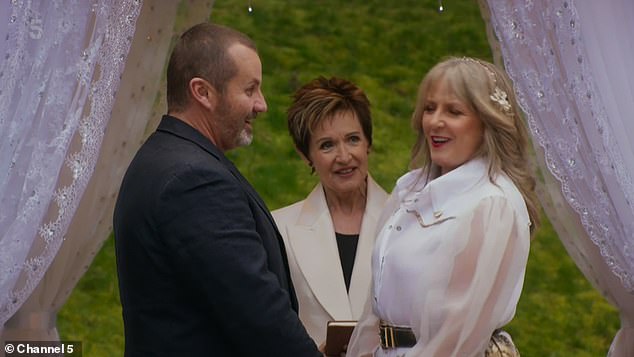 The last hurrah: The finale centered around Toadie’s (Ryan Moloney) wedding to Melanie (Lucinda Cowden) as many familiar faces reunited for the picturesque lakeside ceremony

It was the most-watched program overall on the night and convincingly won all key demographics between ages 16 and 54.

UK audiences were flooded with nostalgia during an emotional Neighbours finale which saw Kylie Minogue and Jason Donovan make an epic comeback to the soap, joining a host of stars amid Margot Robbie and Holly Valance returning to Ramsay Street for one final time.

The Channel 5 soap first aired in 1985 and has been on screens for 37 years, but in March it was announced the Australian series was being axed after 8,903 episodes with the finale airing in Australia on Thursday and on Friday evening in the UK.

The finale was jam-packed with appearances from long-gone characters as fans were given a nostalgic glimpse through Neighbours’ history, with characters tearfully flipping through photo albums, a lingering melancholic piano score and the odd in-joke. 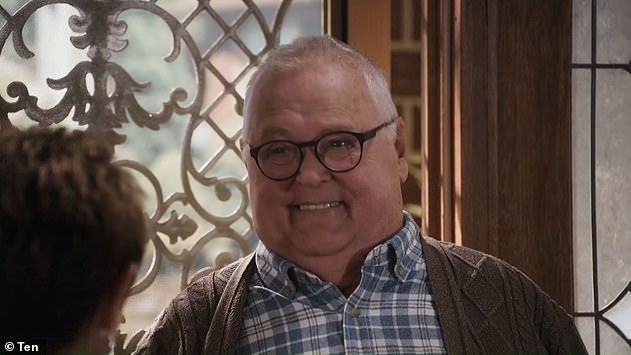 Winner: No other entertainment programme came close to Neighbours as it wrapped up its 37-year run with a 90-minute special episode in July (pictured; Ian Smith  asHarold Bishop)

The finale centered around Toadie’s (Ryan Moloney) wedding to Melanie (Lucinda Cowden) as many familiar faces reunited for the picturesque lakeside ceremony and street party afterwards, while other pals – including Margot Robbie’s Donna Freedman) – sent their well wishes in sweet video messages to mark the big day.

And appearing on screens once again, Kylie and Jason’s beloved characters Charlene and Scott Robinson made their much-anticipated entrance to the garden party as they pulled up on Ramsay Street in their recognisable green Mini before surprising their pals.

And viewers were quick to gush over Scott and Charlene’s first appearance on Ramsey Street in more than 30 years, taking to Twitter to comment on how ‘nostalgic’ and ’emotional’ it made them feel.

As the iconic pair arrived on screens, Kylie and Jason’s real-life love song Especially For You belted out in the background, with fans left delighted at the unexpected crossover. Kylie and Jason recorded the love ballad in 1989 – one year after they left Neighbours and soon before they ended their three-year romance. 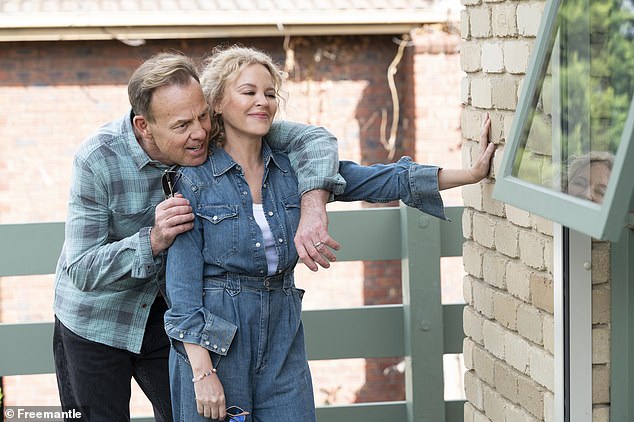 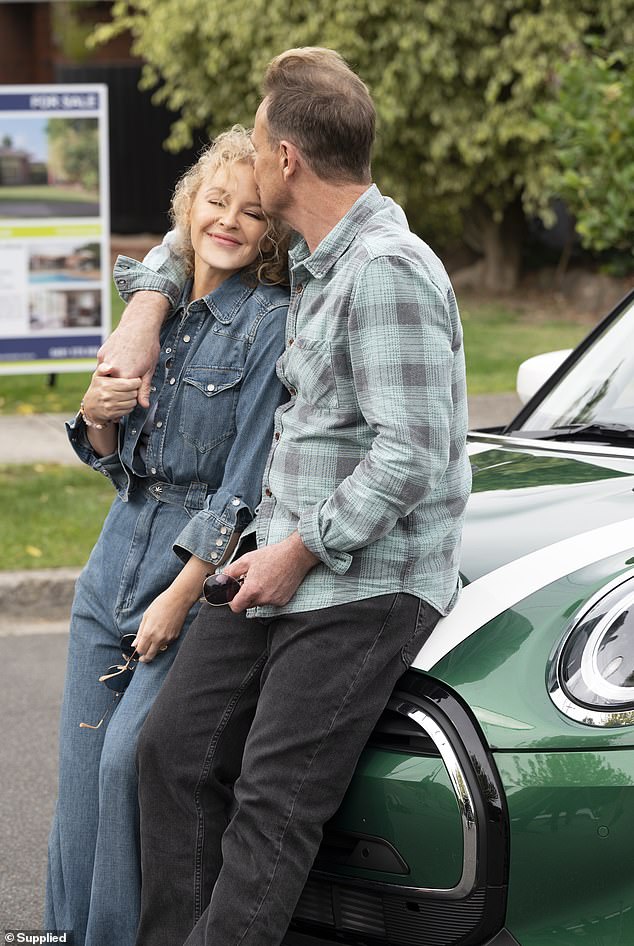 Reunion: In the emotional scenes, the couple were seen leaning against their car, as they took in the surroundings and reminisced on their time together in the town

Scott and Charlene returned to Erinsborough for the first time since they bid farewell to the suburb and moved to Brisbane after tying the knot in a romantic wedding ceremony more than 30 years ago.

As well as Kylie and Jason making a final appearance on the show, there were also epic returns made by Holly Valance (Flick Scully), Natalie Imbruglia (Beth Brennan), Guy Pearce (Mike Young) and Ian Smith (Harold Bishop) as they reprised their roles on the soap opera.

Meanwhile, the Neighbours set was due to be ‘dismantled’ following the soap’s 37-year run.

Ramsay Street, situated in the make believe town of Erinsborough was going to be  demolished to make way for a new project, according to Terry Smit of Go West, the team behind the official ‘Neighbours’ tour. 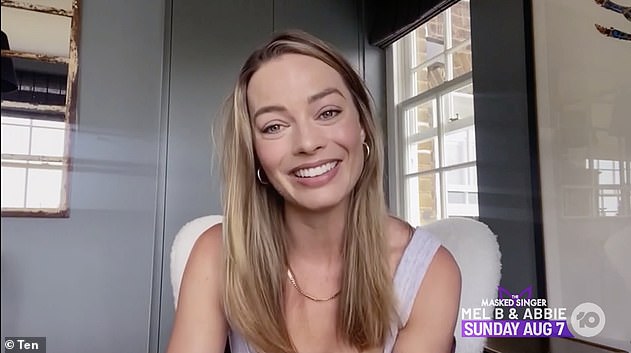 Star-studded: As well as Kylie and Jason making a final appearance on the show, there was also an epic return made by Margot Robbie as Donna Freedman (pictured) as she appeared in a video message for Toadie’s wedding day

He told the Daily Star: ‘We are advised by Fremantle Media that the sets will be dismantled and that the space will be used for their next project, whatever that may be.’

It is said that the final Neighbours set tours will take place this weekend.

Terry went on to say: ‘As the sets are being dismantled, there is nothing left for us to tour, so the tour will be discontinued.’ 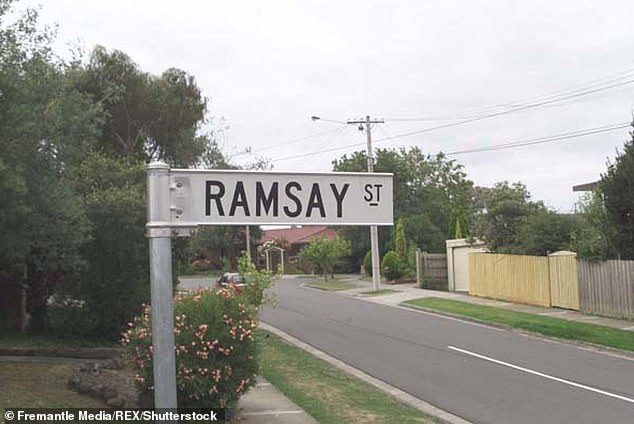 Goodbye Ramsay Street: Meanwhile, the Neighbours set was due to be ‘dismantled’ following the soap’s 37-year run, with the space making way for a new project