NeNe Leakes claims she’s faced professional repercussions for standing up for herself amid conditions she described as discriminatory on The Real Housewives of Atlanta.

Leakes, 54, spoke Monday with TMZ in Los Angeles about the lawsuit she filed last month against Real Housewives executive producer Andy Cohen, 53, Bravo and NBCUniversal, as she claimed they oversaw a hostile and racist workplace.

‘Yes, I’ve been blacklisted – when you haven’t worked in three years when all of a sudden you’re working and sought after, and suddenly you’re not working, it’s being blacklisted,’ Leakes said. ‘I haven’t caused any problems on any set, everybody I’ve ever worked with I had a good working relationship with, except for this group of people.’

The latest: NeNe Leakes, 54, says she’s faced professional repercussions for standing up for herself amid conditions she described as discriminatory. She was snapped in 2019 in Atlanta

Leakes, who is Black, also named True Entertainment and Truly Original (as well as executives from the companies) in her suit filed in Atlanta federal court, according to the Associated Press.

She said that she was punished for reporting hearing racist remarks from white RHOA co-star Kim Zolciak-Biermann, 43, to higher-ups with the companies.

The reality star, whose full name is Linnethia Monique Leakes, told TMZ on Monday that the goal of the lawsuit is ‘to stop discrimination against Black women.

‘Nobody wants to go to work everyday as a Black woman with blonde hair and the head of the corporation calls you a white woman.’ 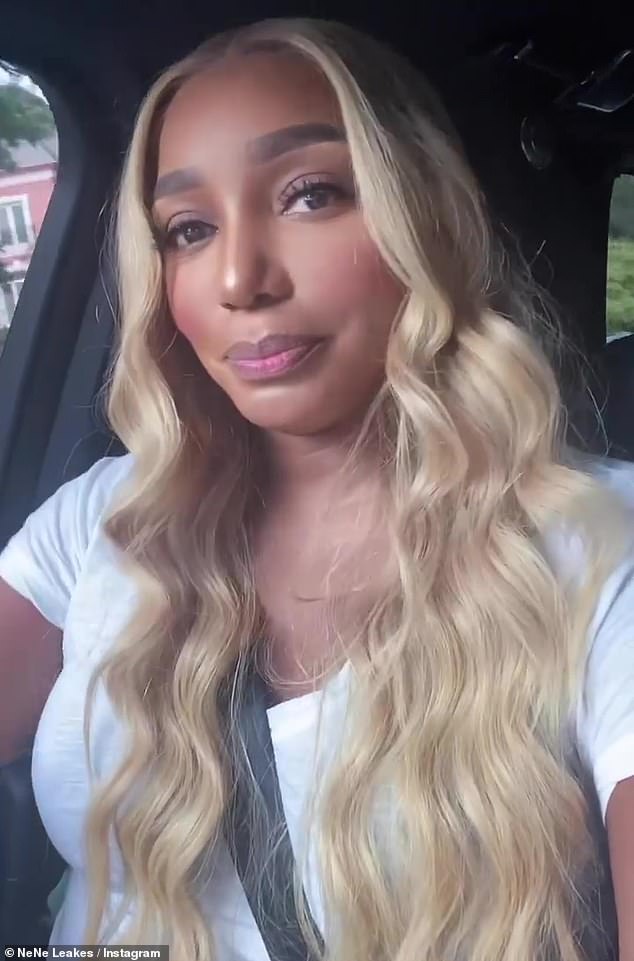 The reality star, whose full name is Linnethia Monique Leakes, told TMZ on Monday that the goal of the lawsuit is ‘to stop discrimination against Black women’ 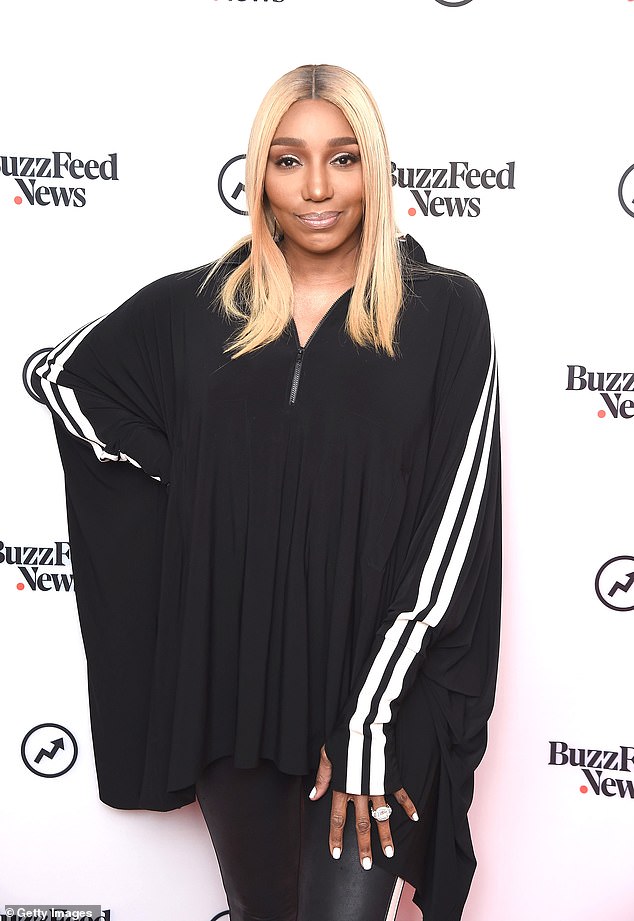 Leakes last month filed a lawsuit in an Atlanta federal court, saying that the companies that produced RHOA oversaw a hostile and racist workplace. She was snapped in NYC in 2019

She continued: ‘A white man shouldn’t say to a Black woman, “You’re a white women because you’re wearing your hair blonde,” as if it belongs to a certain ethnic group, to a certain people, that’s not right. And it’s just more than that, it’s discrimination.’

When asked about the timing of the the lawsuit, which she filed last month, Leakes said it was the result of years of professional sabotage against her that paved the path to the courtroom.

‘I felt like it was the right time a couple years ago, a few years ago, but I was constantly being retaliated against, being blacklisted, not able to work; being silenced and so, you know it was difficult to do,’ she said.

Leakes said online speculation that she filed the suit because she was not able to get her own show was ‘so small,’ ‘so ridiculous’ and ‘doesn’t make any sense. 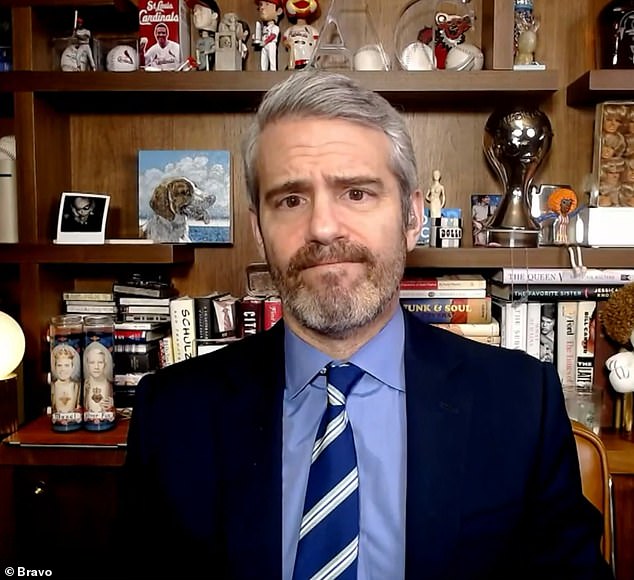 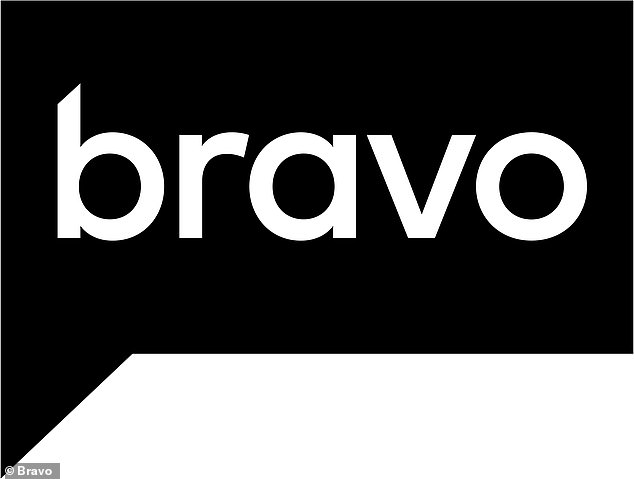 Leakes said the companies she named in the suit – including Bravo and NBCUniversal – were in violation of federal employment and anti-discrimination laws, requesting that damages be determined in a trial

Asked about potential compensation she’s seeking in the lawsuit, Leakes said, ‘I can’t speak on that.’

In legal docs filed last month, Leakes’ legal team said that ‘NBC, Bravo and True foster a corporate and workplace culture in which racially-insensitive and inappropriate behavior is tolerated – if not, encouraged.’

Leakes appeared on 214 total episodes on the Georgia-based reality series from 2008 and 2020, according to iMDb.

She was a regular on the show through the seventh season, was a part-time cast member in the show’s seventh season, and returned as a regular from seasons 10 through 12. She was also seen on the spinoff I Dream of NeNe: The Wedding in 2013, which documented her nuptials to late husband Gregg Leakes.

Leakes said that Zolciak-Biermann – who was not named in the lawsuit – first made a racist remark during the show’s initial season in 2008 when the cast was slated to attend a barbecue. 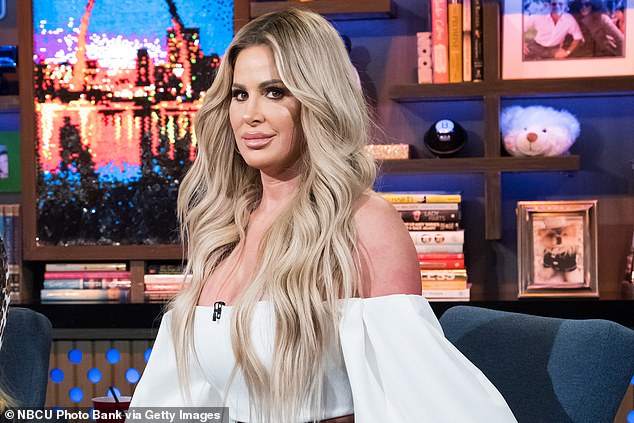 Leakes said she had reported hearing racist remarks from RHOA co-star Kim Zolciak-Biermann, 43, (pictured) to higher-ups with the companies, and faced professional repercussions as a result 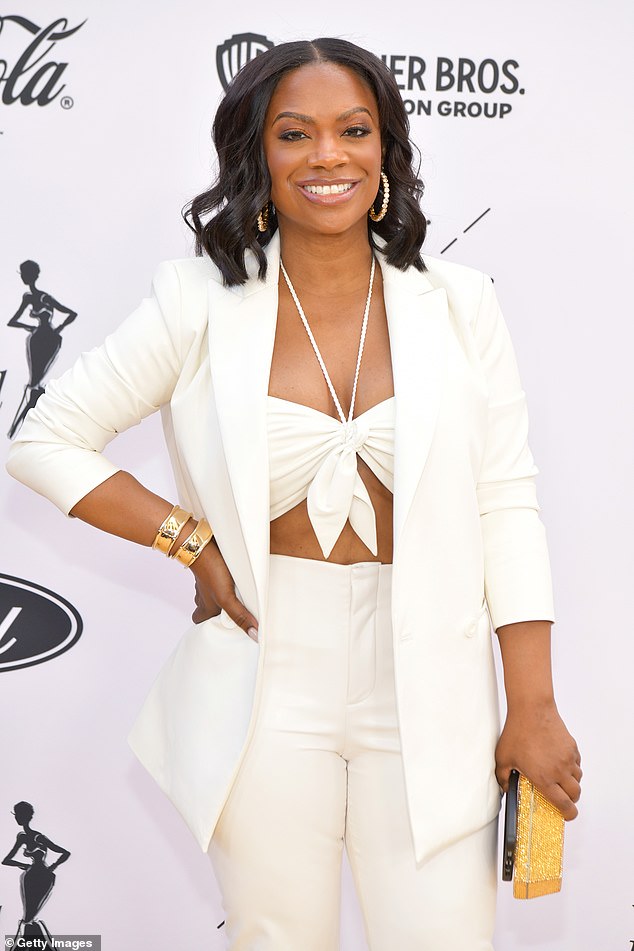 In one instance, after cast member Kandi Burruss, 45, (pictured last month) purchased a new home, Leakes told the court, Zolciak-Biermann dubbed the neighborhood Burruss lived in a ‘ghetto’ and questioned if she needed a swimming pool

Leakes said in court docs that Zolciak-Biermann said ‘words to the effect of: “I don’t want to sit around with NeNe and eat chicken,”‘ which ‘perpetuated an offensive stereotype about African-Americans.’

Zolciak-Biermann made more ‘racially offensive and stereotypical’ remarks during the show’s fifth season in 2012, according to Leakes, who said Zolciak-Biermann used the N-word in reference to her and other cast members amid a fight.

In one instance, after cast member Kandi Burruss, 45, purchased a new home, Leakes told the court, Zolciak-Biermann dubbed the neighborhood Burruss lived in a ‘ghetto’ and questioned if she needed a swimming pool.

Leakes said in court docs that Zolciak-Biermann referred to her home as a ‘roach nest’ and lied in implying that Leakes was a drug user.

Leakes said in her suit that she reported the slew of racial remarks to the show’s executives, who ‘did not terminate their relationship with Zolciak-Biermann, nor take any other meaningful action to put an end to her racially-offensive behavior.’

Zolciak-Biermann received more lucrative opportunities from Bravo with the 2012 spinoff Don’t Be Tardy for the Wedding, which was later shortened to Don’t Be Tardy. The show ran for eight seasons prior to wrapping up in 2020. 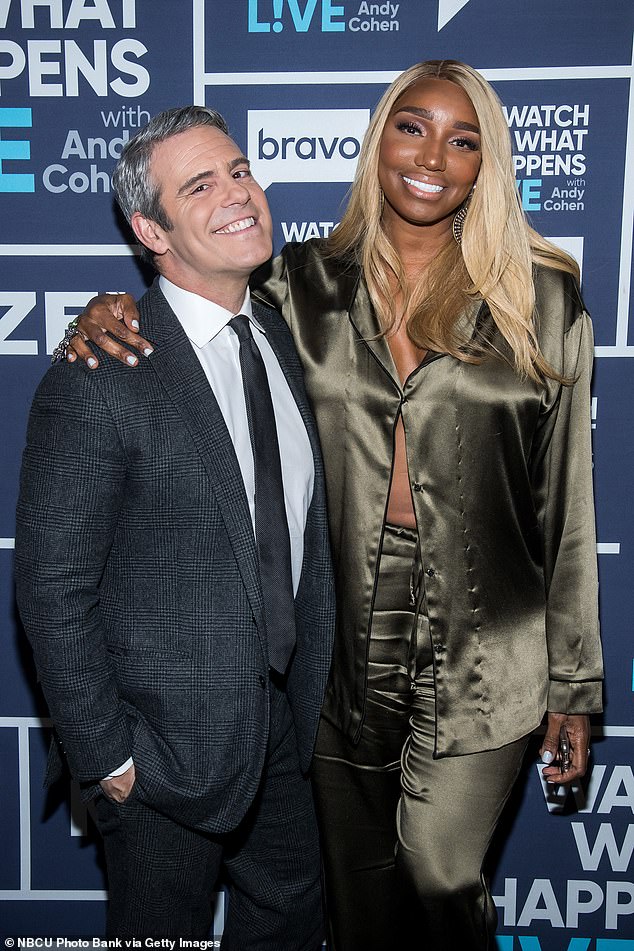 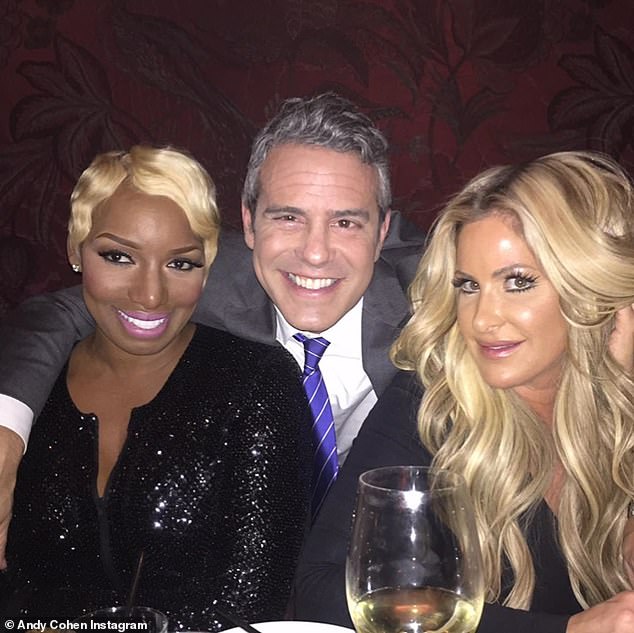 Leakes’ lawyer David deRubertis said in a statement that ‘from the day the series began filming, NeNe was the target of systemic racism from co-star Kim Zolciak-Biermann, which was tolerated by Bravo executive producer Andy Cohen and other executives.’

Another attorney for Leakes, Joe Habachy, told the AP in an email that ‘not a day goes by that NeNe doesn’t wake up with an onslaught of overwhelming emotions as a direct result of these unfortunate and avoidable occurrences.’

In the suit, Leakes said that speaking out about the racist behavior factored in her being forced off the series in 2020 prior to season 13, at a time when the organization Black Lives Matter was making headlines amid social change following the police killing of George Floyd, and the demonstrations against racism and police brutality that ensued thereafter.

Leakes, a vocal supporter of BLM, said in the suit that execs deliberately kept her off episodes that were filmed at the time in which the topic was discussed by the cast.

‘As the Black Lives Matter movement swept our nation, Mrs. Leakes – Bravo’s historically most successful Black female talent – should have been embraced by NBC, Bravo, and True,’ Leakes’ legal team said in the suit. ‘Instead, NBC, Bravo, and True forced her out of the “house she built,” denying her a regular role.’

Leakes said the companies she named in the suit were in violation of federal employment and anti-discrimination laws, requesting that damages be determined in a trial.

A production source told People on Wednesday that Zolciak-Biermann ‘isn’t sure where all this is coming from,’ as she and Leakes ‘have been fine for a while now.’

Leakes is one of the most prominent personalities to emerge from the Real Housewives universe, as she’s been featured on other shows including Fashion Police, Dancing with the Stars and The Celebrity Apprentice. She has also been featured as an actress on shows including Glee, The New Normal and Dynasty.