Neo-Nazi football fan sneaks back into his club’s stadium

Australia’s best known neo-Nazi ‘The Skull’ has been spotted on the sidelines of a St George home game – 43 years after he was banned from the stadium.

Ross May, 72, from western Sydney told Daily Mail Australia his life ban wasn’t officially lifted – but no one stopped him from walking through the gates earlier this month to support his team.

Ross May, 72, known as The Skull is a neo-Nazi St George fan – who has been banned from home games at Kogarah since 1975 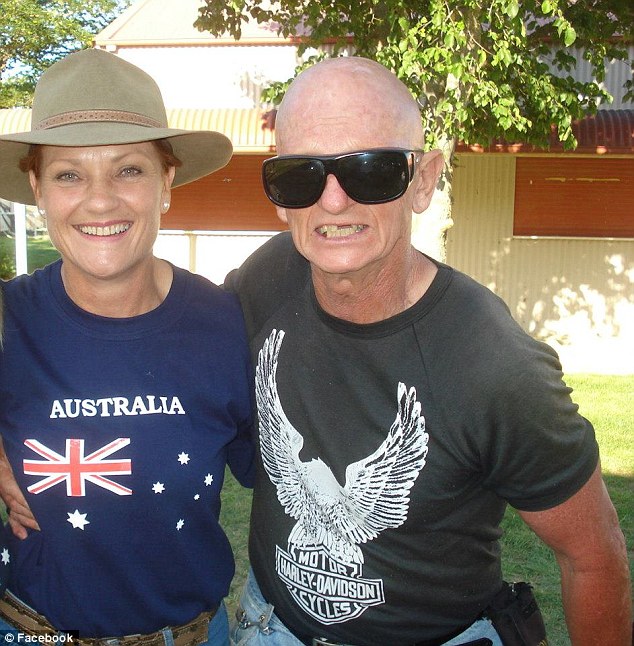 ‘I have been watching over the fence since I was kicked out in 1975, they tried to put hessian cloth up to block the view but kids set it on fire so it didn’t last long.’

He said he still ‘fondly remembers the last game’ he saw at Kogarah – before he was kicked out after assaulting a Rabbitoh’s supporter.

‘Mark Shulman had just ran the length of the field to score when this south Sydney drunk with a bottle of sherry in his hand started shooting his mouth off.

‘He said I am going to kill you so I side kicked him in the chest – he fell to the ground and I was ordered out of the game.’

May is a fan of Pauline Hanson, features the politician on his Facebook and even goes as far as calling her a ‘close friend’.

He is notorious for his Nazi views, violence and signature ‘skin head’ look – he has served time behind bars for assault – including an attack on a journalist in 1971.

In the 70s he would dress as a ‘Nazi stormtrooper’, and was a proud member of the Australian National Socialist Party, often posing alongside flags featuring the Swastika.

May’s love for St George is second only to his neo-Nazism – his appearance at football games ‘dancing in the crowd’ leaving a lasting impression.

But not everyone has good memories of the fan from the 70s when he was last allowed on the grounds, or in the years since when he would scale a tree to watch the game from the footpath.

‘He is the St George fan the club wish they didn’t have,’ said one critic on Facebook when it was recently revealed he was back in action on the sidelines. 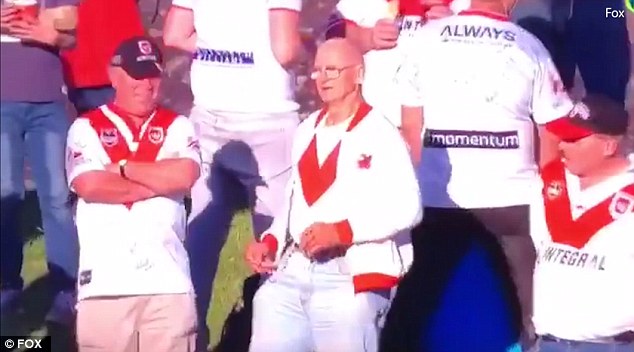 ‘I have been watching over the fence since I was kicked out in 1975, they tried to put hessian cloth up to block the view but kids set it on fire so it didn’t last long’

‘That’s the Skull. I was petrified of him as a kid. Walking into Kogarah Jubilee for tigers dragons game he screamed to my uncle “I’ve got a billet with your name on it” Very disturbing to a 12 year old,’ said another.

Others appeared to be pleased the ‘character rich’ sportsfan is back.

‘Skull, yeah he’s a few beers short of a carton , but he is a deadset character…. Good to see him back following his beloved Dragons,’ said one man.

‘I remember him being thrown out of Kogarah oval and he just went around and stood behind the fence to support his beloved dragons.. he always had a bunch of rowdy supporters with him and 9 times out of 10 He’d be bleeding from the head.’

‘I remember watching him more than the game as a kid at Kogarah. He’d have to be 100 years old now.’ 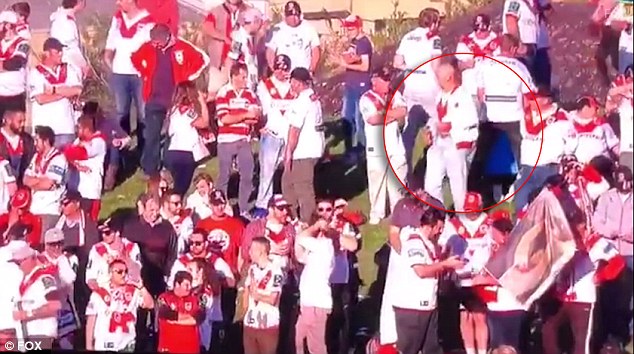 Others had quirky memories of the man.

‘I actually served Ross “Skull” May quite a few times while working in the canteens at Lidcombe Oval in the early 1980’s. He always requested a square pie (we mostly sold round ones) and it had to be served stone cold.’

In the years since his Kogarah ban he has watched St George in stadiums across Sydney – but refuses to go to Wollongong as he doesn’t ‘believe in the merger’.

He believes 43 years is ‘longer than life in prison’ so he ‘figures the ban doesn’t stand’. 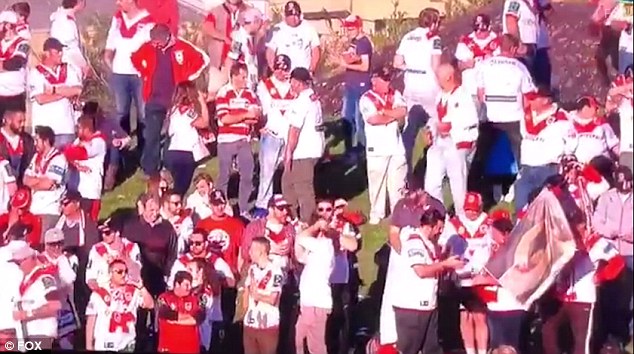