Netflix reveals horror movies people are too terrified to finish

Scary movies are often a hit or miss – people either love them, or they hate them.

But even those film fans who get a rush from indulging in their favorite horror flick will come across the occasional offering that even they find too terrifying to finish.

And now those movie titles have been laid bare by streaming site Netflix, which released a list of its top ten most horrifying movies that its viewers have been unable to watch through until the end.

Horror: Netflix has revealed the 10 horror movies viewers are too scared to watch all the way through, including The Conjuring 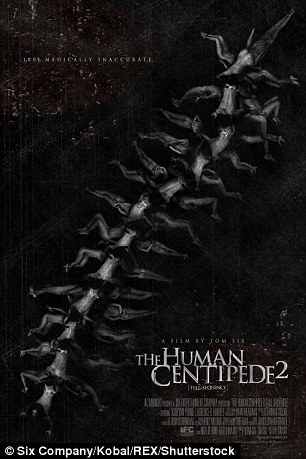 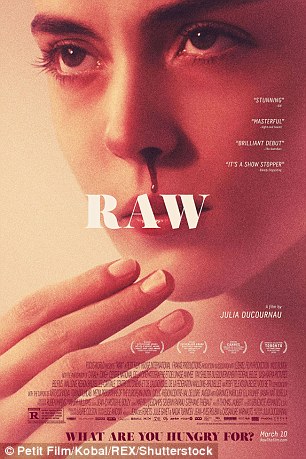 Gruesome: Other movies on the list included The Human Centipede and Raw 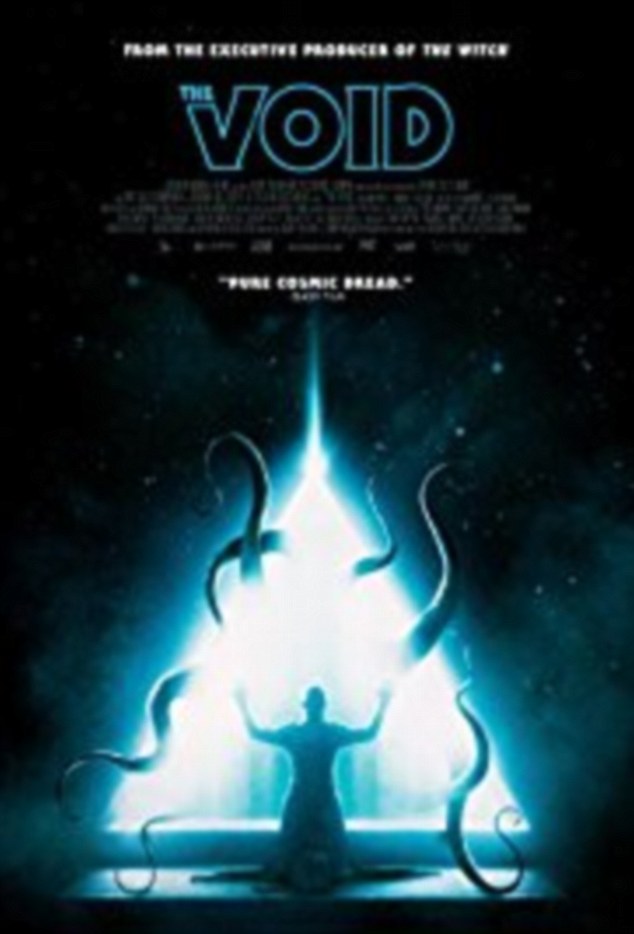 Metric: The online streaming service only included viewers who watched at least 70 per cent of a movie before switching off

Speaking to Forbes, a spokesperson for the site revealed that it created the list of ten movies by finding those titles that viewers had watched at least 70 per cent of, before choosing to turn off.

This suggested that they had not abandoned ship earlier on in the movie because of a dislike of the film in general, but had instead made it through almost the entire thing before having to turn it off out of fear.

Essentially, the site concluded that if most people truly hate a movie, they will turn it off within minutes of starting it, while the movies featured on Netflix’s list of most terrifying features were all watched almost in their entirety before being turned off.

Forbes also listed each movie’s Rotten Tomatoes score and rating on IMDB, in order to see if there was any correlation between the three.

The Conjuring, which stars Vera Farmiga, might well be the most familiar movie on the list; it is famed for its spooky story line and subsequent franchise, which focuses on two paranormal investigators looking into hauntings across the US.

As far as the quality of movies on the list, this also ranks incredibly high in comparison to most, receiving an 86 per cent score on Rotten Tomatoes, and a 7.5 rating on IMDB.

On the other hand, Cabin Fever – a 2016 remake of Eli Roth’s 2002 film about a flesh-eating disease that plagues a group of college students – currently has a score of zero per cent on Rotten Tomatoes and an incredibly low 3.7 rating on IMDB. 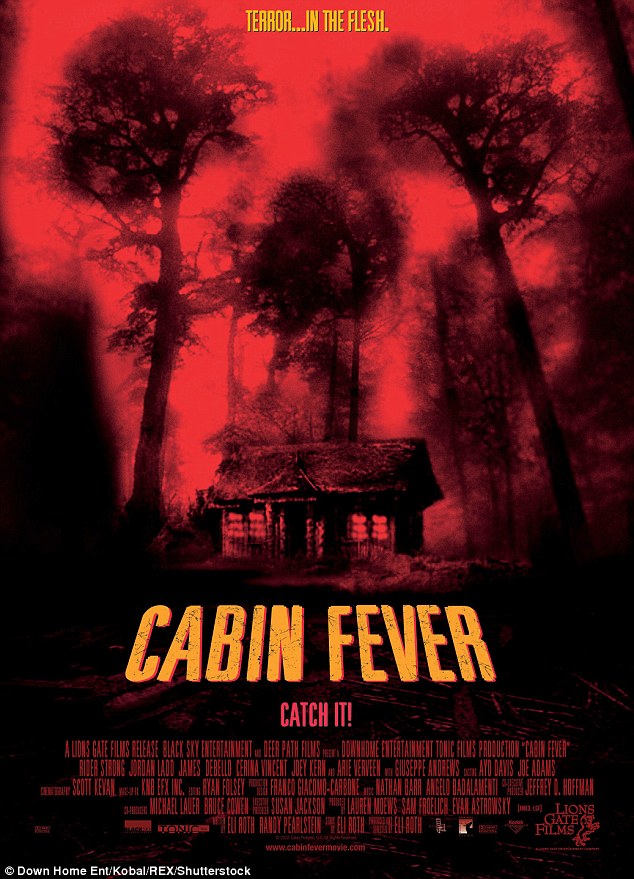 Logic: They deemed that if most people truly hate a movie, they’ll turn it off within minutes of starting it 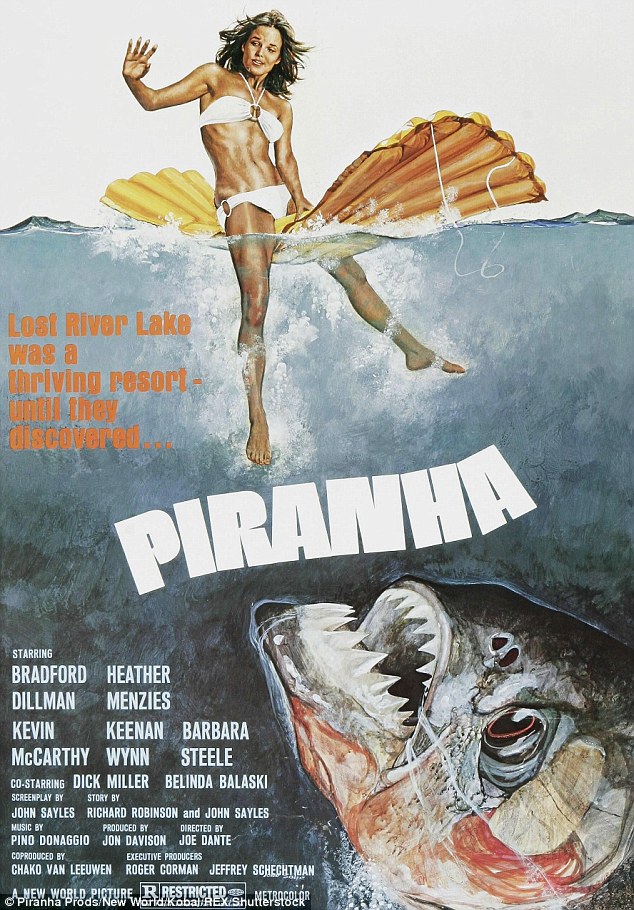 Several lesser known movies made the cut including Piranha, Teeth, The Void and Jeruzalem

The other movies on the list of ten most scary horror movies are all equally varied in their subject matter.

Violent thriller Carnage Park, for example, is a 2016 film about two robbers who are pursued by a ‘psychotic sniper’ features, while French-Belgian horror movie Raw, focuses on a young cannibal girl, who begins eating human flesh after being fed raw meat during a school hazing ritual.

This movie no doubt saw many viewers turn off because of the levels of blood and gore included – likely a similar story when it comes to The Human Centipede 2: Full Sequence, a Dutch-made movie about a man who becomes obsessed with the first movie and decides to recreate its story line for himself.

It part of a three-film franchise, although the first and third installments are not featured on Netflix and therefore don’t make it onto the list, and revolves around a mentally-impaired English man who decides to make his own ‘centipede’ consisting of 12 people, including Ashlynn Yennie, an actress from the first film.

The reviews for this movie certainly speak for themselves as far as its horrifying content, with one Netflix member writing: ‘First of all, do not watch this movie around any children!

‘And if you’re saying, ‘Oh my kids have seen worse,’ I’m here to tell you no they have not.

‘This movie will traumatize your children.’

Also included on the list were Mexico Barbaro, described by Netflix as an ‘anthology  of Mexico’s darkest legends’, Piranha, an aptly-named 2010 movie about carnivorous fish that are unleashed on the world after an earthquake, Teeth, which is based on the story of a girl with a ‘toothed vagina’, The Void, which tells the tale of a haunted hospital, and Jeruzalem, which is about a ‘terrifying biblical apocalypse’.