Production on the final season of House of Cards has been suspended indefinitely following the underage sex assault claims against star Kevin Spacey.

‘MRC and Netflix have decided to suspend production on House of Cards season six, until further notice, to give us time to review the current situation and to address any concerns of our cast and crew,’ producer Media Rights Capital said in a joint statement Tuesday.

The move comes just two days after Star Trek actor Anthony Rapp revealed that Spacey attempted to sexually assault him in 1986, when Rapp was just 14.

Spacey, who was aged 26 at the time, claims he does not remember the alleged attempted assault but issued a public apology which he also used to come out as gay. The move has since been criticized as a cynical way of trying to deflect from the allegations.

Less than 24 hours later, Netflix announced it was cancelling ‘House of Cards’ after its sixth season – which is currently in production. Today they issued the statement revealing that production would stop while they reviewed the current situation.

End of the road: Netflix has revealed that the upcoming sixth season of ‘House of Cards,’ which is in production now, will be its last (Spacey and Robin Wright in House of Cards above)

Anthony Rapp, 46, is seen for the first time since his allegations against Spacey were made public

On Monday, Netflix and MRC issued a statement saying they were ‘deeply troubled’ by the allegations and executives from both companies met with the cast and crew of the political drama ‘to ensure that they continue to feel safe and supported,’ the statement continued.

Spacey was not on set at the time, as was previously scheduled.

Spacey, 58, is now being compared to Harvey Weinstein by members of Hollywood’s LGBTQ community, who view his sudden openness about his sexuality as nothing more than a ‘calculated manipulation.’ 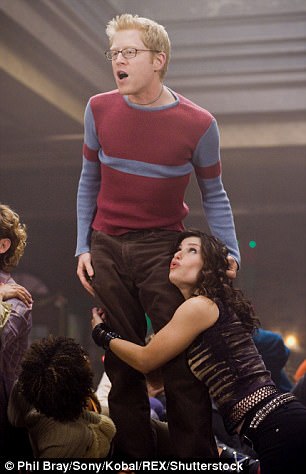 La Vie Boheme: Rapp (above with Idina Menzel in the 2005 film version of ‘Rent’) shot to fame as a member of the original Broadway cast

Wanda Sykes tweeted: ‘No no no no no! You do not get to ‘choose’ to hide under the rainbow! Kick rocks!’ 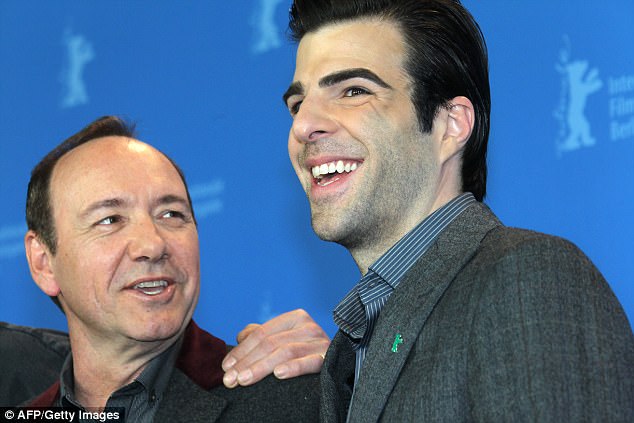 No love lost: ‘I am sorry that Kevin only saw fit to acknowledge his truth when he though it would serve him — just as his denial served him for so many years,’ said Quinto (above with Spacey at the 2011 Berlin Film Festival)

The victim: ‘May Anthony Rapp’s voice be the one which is amplified here. Victim’s voices are the ones that deserve to be heard,’ wrote Quinto in his statement (above)

At the time, Spacey was just at the start of his illustrious professional career, having been selected by Jack Lemmon personally to star alongside him in the Broadway run of Eugene O’Neill’s ‘Long Day’s Journey Into Night.’

This was a shocking statement from Spacey, who in 2010 said that being forced to reveal his sexuality was akin to being a bullied teen in an interview with The Daily Beast.

‘But I feel that they have just as many rights as I do to not be bullied. And I don’t understand people who say, ‘Well, this is a terrible thing that is happening to this young person whose life is being exposed,’ and then turn around and do it to another person. People have different reasons for the way they live their lives. You cannot put everyone’s reasons in the same box.’ 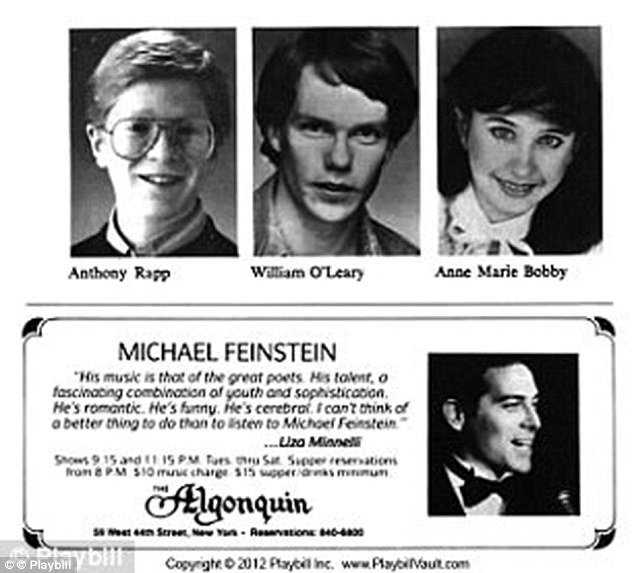 Boy: Rapp in 1986 at the age of 14 (top left), when the alleged incident occurred at Spacey’s apartment 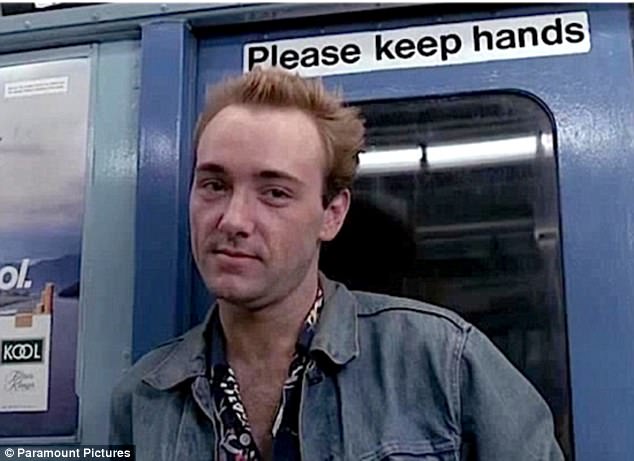 Man: Spacey was making his big screen debut in 1986 in the Nora Ephron film ‘Heartburn’ (above) opposite Meryl Streep

That move caused a fast and furious backlash, with writer and actor Billy Eichner one of the first to respond, writing: ‘That Kevin Spacey statement. Nope. Absolutely not. Nope.’

He then tried to find a small bit of humor in the situation, by adding: ‘Kevin Spacey has just invented something that has never existed before: a bad time to come out.’

That move then caused Eichner a bit of guilt, leading him to tweet: ‘But honestly I hesitate to make jokes because the Spacey statement is truly disgusting, irresponsible and dangerous. Ok goodnight!’

Saturday Night Live writer Paula Pell wrote: ‘ I just had a morning meeting with my fellow gays and we cannot accept your application, Mr. Spacey. Please move along, bish.’

Others, like ‘Modern Family’ star Jesse Tyler Ferguson, showed their love for Rapp rather than go after Spacey.

‘Anthony Rapp, you have always been one of my role models amongst the LGBTQ community. I am proud to know you. So much [love] for you,’ wrote Ferguson on Twitter.