Fans can’t get enough of Netflix’s new hit series Ratched, but some horrified viewers are insisting the show’s gruesome depictions of child sex abuse and asylum torture should come with ‘trigger warnings.’

The show has topped Netflix’s charts since it debuted last Friday, and while many viewers have been quick to praise Paulson’s performance, some were admittedly disturbed by the show’s shocking content.

Just saying: Viewers of the Netflix horror series Ratched are insisting the gruesome show should have ‘trigger warnings’

Set in 1947, the eight-episode series follows Nurse Ratched as she arrives in Northern California to work at Lucia State Hospital, where she conducts experiments on her psychiatric patients.

The series is rated TV-MA, for mature, adult audiences only, and at the beginning of each episode warnings of ‘violence, sex, nudity, language, gore, [and] smoking’ briefly appear in the corner of the screen. 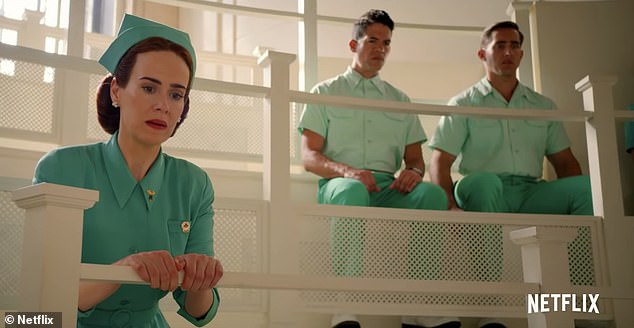 Plot: Set in 1947, the series follows Ratched as she starts working as a psychiatric nurse at Lucia State Hospital, where she conducts experiments on patients 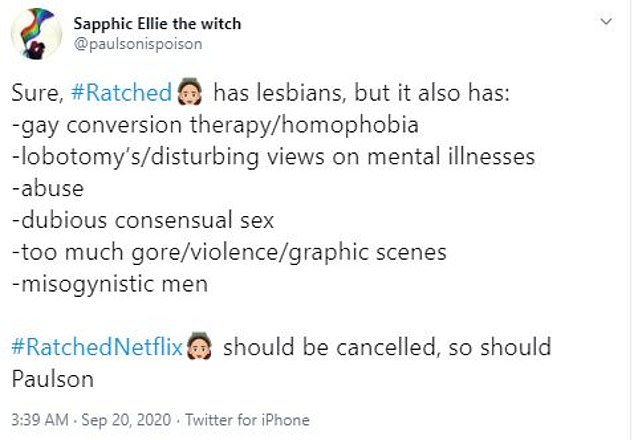 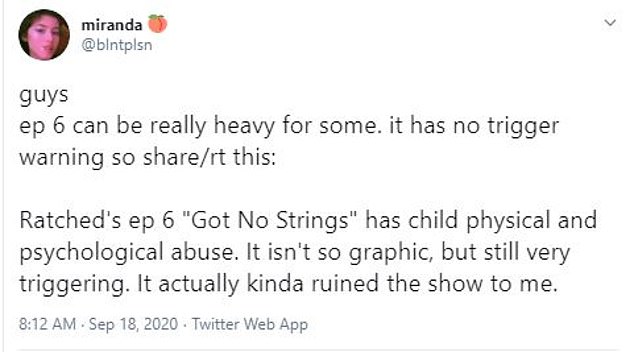 ‘Sure, #Ratched has lesbians, but it also has: -gay conversion therapy/homophobia -lobotomy’s/disturbing views on mental illnesses -abuse -dubious consensual sex -too much gore/violence/graphic scenes -misogynistic men #RatchedNetflix should be cancelled, so should Paulson,’ another commented.

Some viewers took it upon themselves to tweet trigger warnings for each episode, so people will know what to expect when they tune in.

‘TWs for #Ratched I thought may be helpful’ one person wrote, sharing episodes and time stamps for every triggering scene in the series. 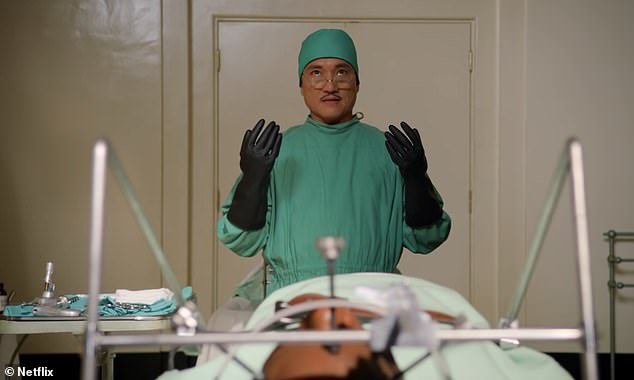 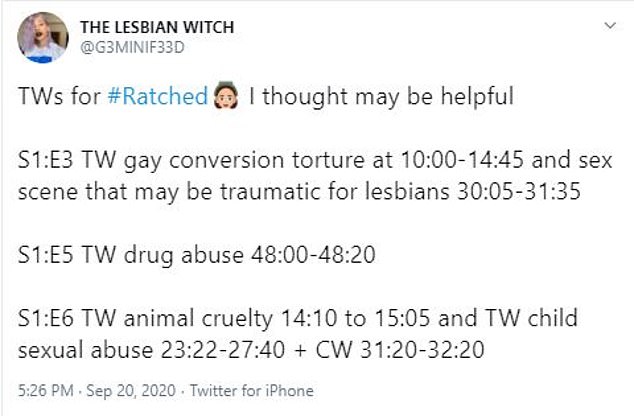 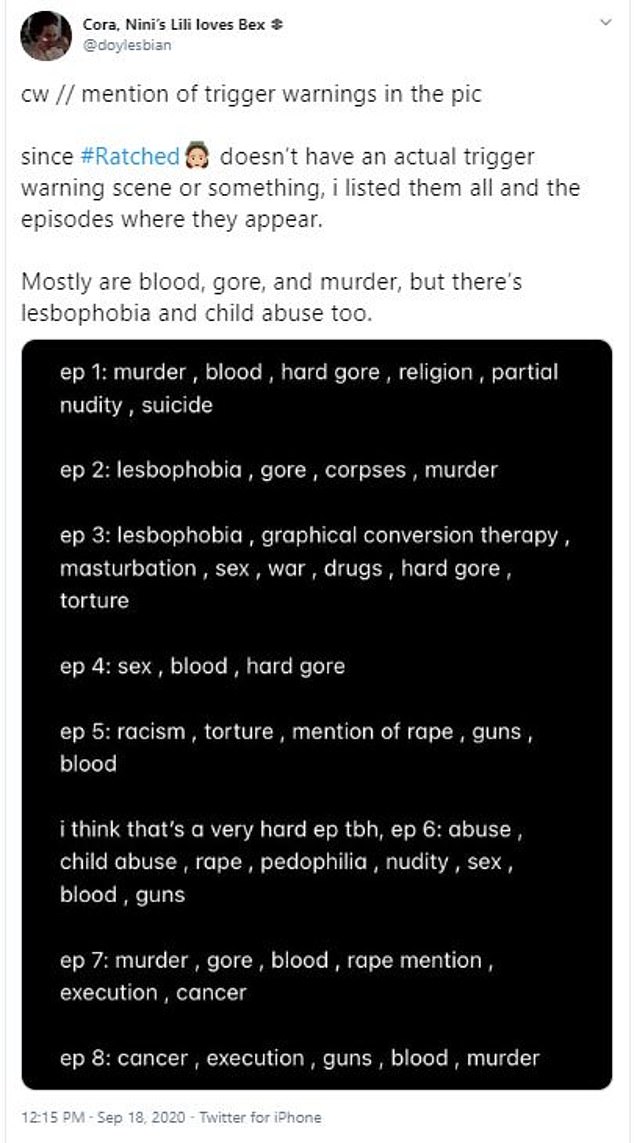 Helping out: Some viewers took it upon themselves to tweet trigger warnings for each episode, so people will know what to expect when they tune in

Someone else shared: ‘Ratched’s ep 6 “Got No Strings” has child physical and psychological abuse. It isn’t so graphic, but still very triggering. It actually kinda ruined the show to me.’

The show has also been slammed by critics, with Variety saying it’s ‘inscrutable’ and ‘gratuitously unpleasant’ and Mashable dubbing it ‘the worst season of ‘American Horror Story.’

Winning: Despite a less than stellar critical reception, Ratched has taken the number one spot on Netflix since it started streaming, and fans can’t stop talking about Paulson’s performance 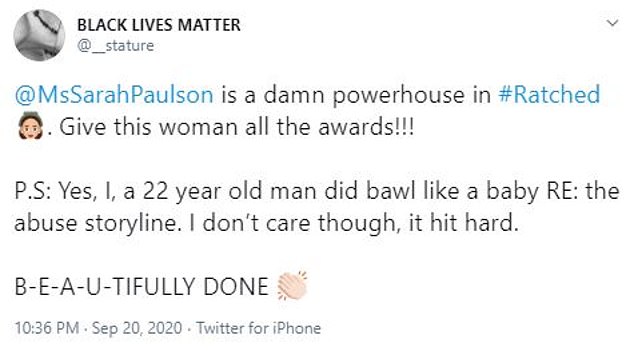 However, viewers can’t get enough of Ratched, which has taken the number one spot on Netflix since it started streaming, and there has been plenty of praise for Paulson’s performance.

‘@MsSarahPaulson is a damn powerhouse in #Ratched. Give this woman all the awards!!!’ one person tweeted.

‘Ratched on Netflix was so good,’ another gushed. ‘When’s season 2[?]’

While the premiere date for Ratched’s second season has yet to be released, it’s definitely returning o Netflix. The streaming network ordered two seasons of the series back in September 2017.