LeBron James has reportedly attempted 1,850 dunks in his 15-year career, and until Tuesday night’s game in Brooklyn, the future Hall of Famer had been blocked on only nine of those occasions. That all changed a few minutes into his Los Angeles Lakers’ 115-110 loss to the Nets when 20-year-old Brooklyn center Jarrett Allen went up to stop the four-time NBA MVP.

James broke free for what looked like an easy one-handed slam before Allen abandoned his defensive assignment to defend the rim, ultimately getting the rejection with his right hand before crumbling to the floor.

‘That’s a helluva list to be on. He’s an amazing player,’ Allen told reporters after his eight-rebound, six-point, two-block performance in the Nets’ sixth consecutive win. ‘I got the chance to do it, so I’m on the list forever now.’

According to ESPN, only eight other players have ever blocked a LeBron James dunk attempt, including Amar’e Stoudemire, who did it twice in 2004.

Although James is 6ft8 with legendary athleticism, Allen was measured at just under 6ft11 at the 2017 NBA Draft Combine with an impressive 7ft5 wingspan. He also boasted a 35.5-inch max vertical, which was the best among centers that year. 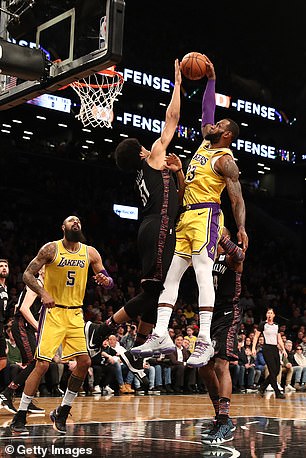 Although James is 6ft8 with legendary athleticism, Allen was measured at just under 6ft11 at the 2017 NBA Draft Combine with an impressive 7ft5 wingspan. He also boasted a 35.5-inch max vertical, which was the best among centers that year

The 33-year-old James downplayed the block with reporters after the loss. 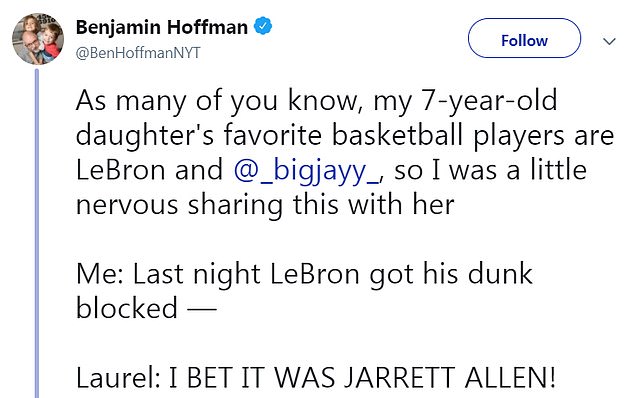 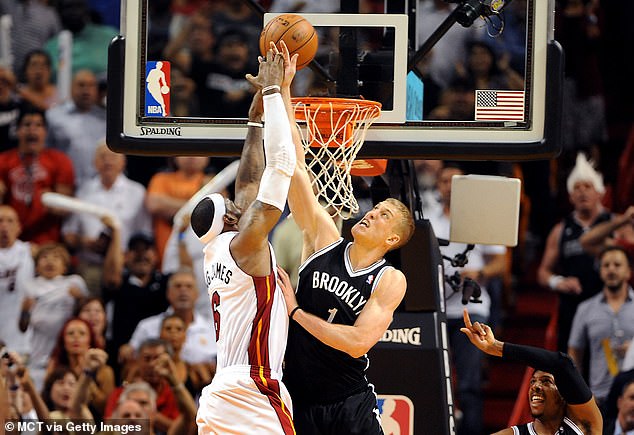 Former Nets center Mason Plumlee became one of the few to block James back in 2014. James and the Miami Heat would get their revenge by taking Brooklyn out in the second round of the playoffs en route to an Eastern Conference crown. Miami lost to San Antonio in the NBA Finals

LeBron James has been blocked on just 10 of 1,850 dunk attempts, according to ESPN:

As The Athletic’s Michael Scotto wrote, ‘Jarrett Allen will tell his grandchildren one day about the time he blocked LeBron James at the rim.’

Michael Lee, also of The Athletic, tweeted: ‘Not many people can say they met LeBron at the rim & lived to tell about it. Jarrett Allen is one of those people.’

Allen knew he was in danger of being ‘posterized,’ a term popularized by basketball fans that describes having an embarrassing on-court moment encapsulated in a poster.

‘I thought he made a statement with that block.’ 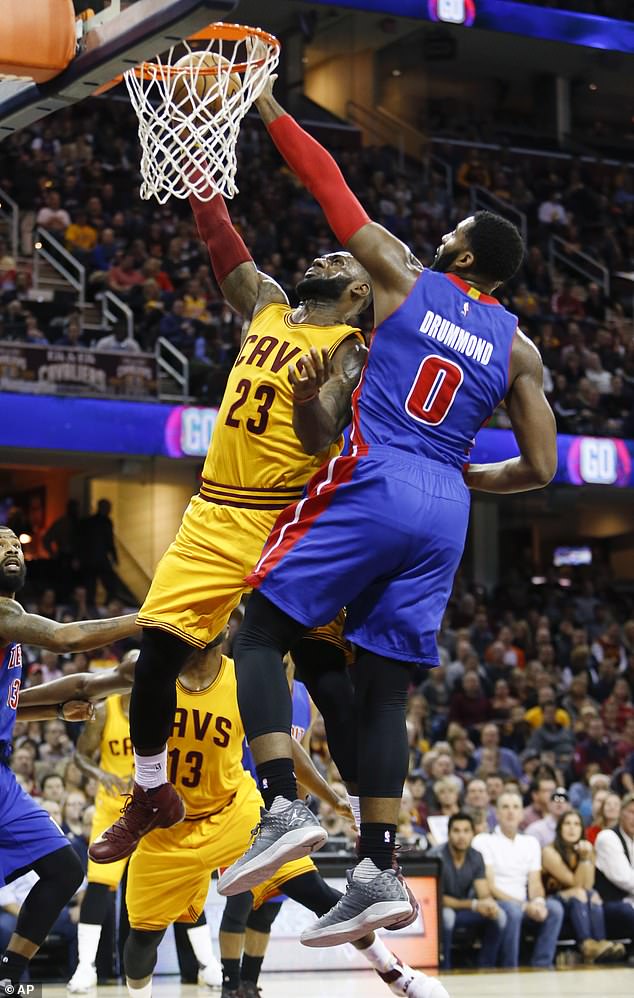