GCSE exams should be scrapped because they come at exactly the wrong age for teenagers, an expert believes.

As a result, it could leave many vulnerable to mental health problems, she said. 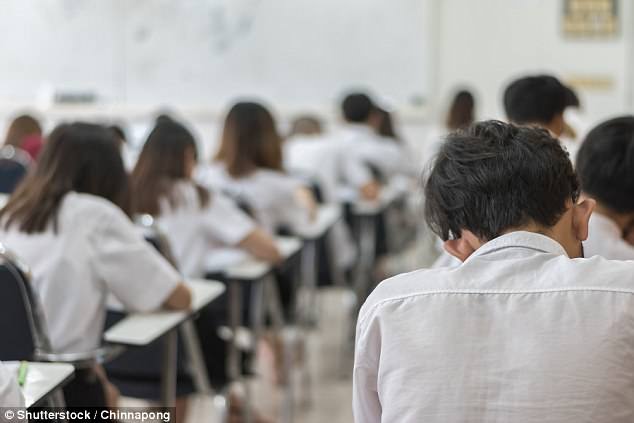 The Professor of Cognitive Neuroscience at University College London told how research over the past two decades had changed understanding of brain development.

She said it was now believed that the composition of parts of the brain changed ‘hugely’ during adolescence.

Speaking at the Hay Festival, Professor Blakemore said: ‘Why do we still have GCSEs?

‘I think we always will have them for historic reasons.

‘But that’s no good reason to have an extremely stressful exam which, by the way, I think has become more stressful in the last ten years – just at an age where children are going through all this change in terms of brain, behaviour hormones and social changes, and rendering them very vulnerable to things like mental health problems.’

She added: ‘Given that our children now have to stay in some form of education until they’re 18, we don’t need those exams aged 16.’