The small town of Rachel has around 50 residents – but it could soon be overrun by thousands of tourists after conspiracy theorists started a ‘joke’ Facebook page urging people to storm the top secret Area 51 military base ‘to see them aliens’.

‘AlienStock,’ one of three festivals that emerged from the joke-calls to raid Area 51, is slated to take place at the aptly named Little A’Le’Inn in Rachel.

With large crowds expected, Connie West, co-owner at the inn, said she has upped security and hygiene facilities because she doesn’t want the event compared to the doomed Fyre Festival.

Law enforcement and a security team also will be on hand. West said security is for the entire community, not just ‘alien-fest.

An event called ‘Alienstock’ could see thousands descend on a small Nevada town after organizers posted a joke to Facebook, saying people should storm the top-secret Area 51 military base because it housed aliens. The creator of the page, Matty Roberts (pictured) cancelled the intial ‘Storm Area 51’ event after being contacted by the FBI 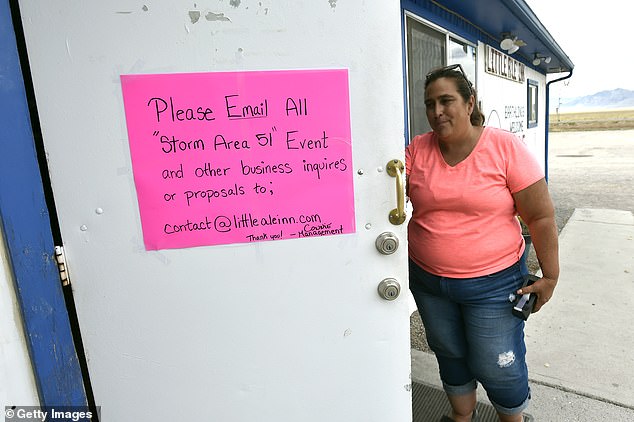 Connie West, co-owner of Little A’Le’Inn in Rachel, said she has upped security and hygiene facilities because she doesn’t want the event compared to the doomed Fyre Festival 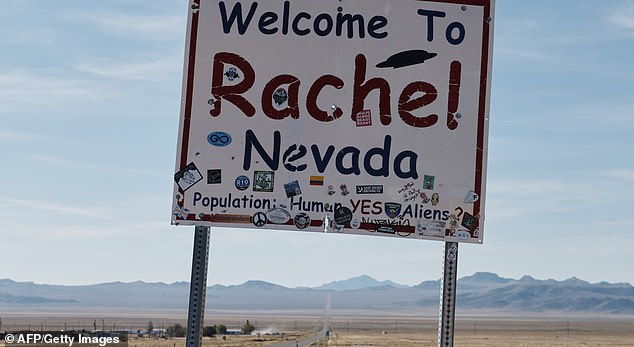 Thousands are expected in Rachel, Nevada for AlienStock this weekend where extra security and hygiene facilities are being installed

As preparations mount for the event which is just days away in Lincoln County, so does the price tag. Officials said they haven’t ruled out taking legal action against and the original event organizers to recoup some of the expenses.

‘This money is no joke,’ Cory Lytle, director of planning and building told the Las Vegas Review-Journal. ‘We’re on a shoestring budget.’

The county also is exploring legal action and restitution from event creator Matty Roberts and Brock Daily and anyone who pushed the ‘Storm Area 51’ movement. 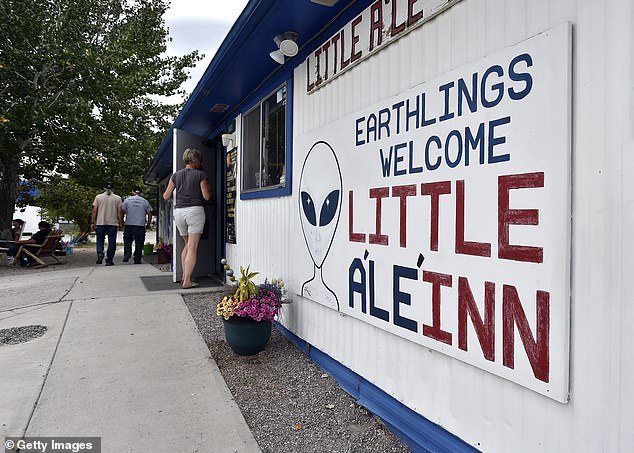 One location in Lincoln County near Area 51 that is anticipating thousands of people for AlienStock – but as preparations mount, so does the cost, and authorities are not ruling out legal action against the organizers 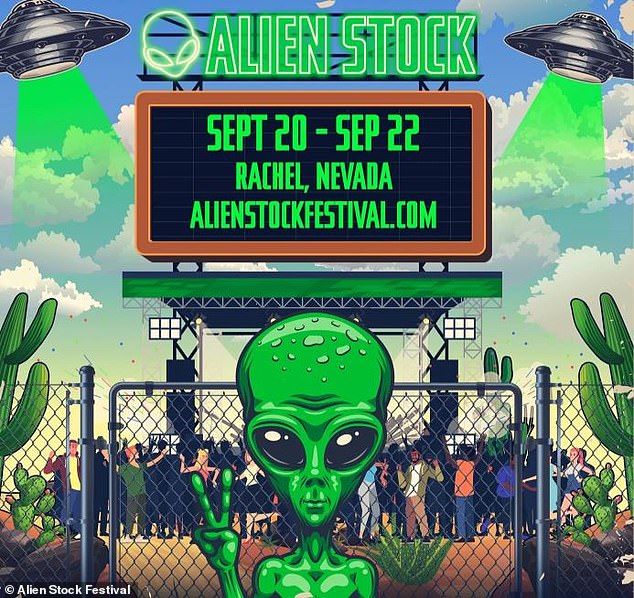 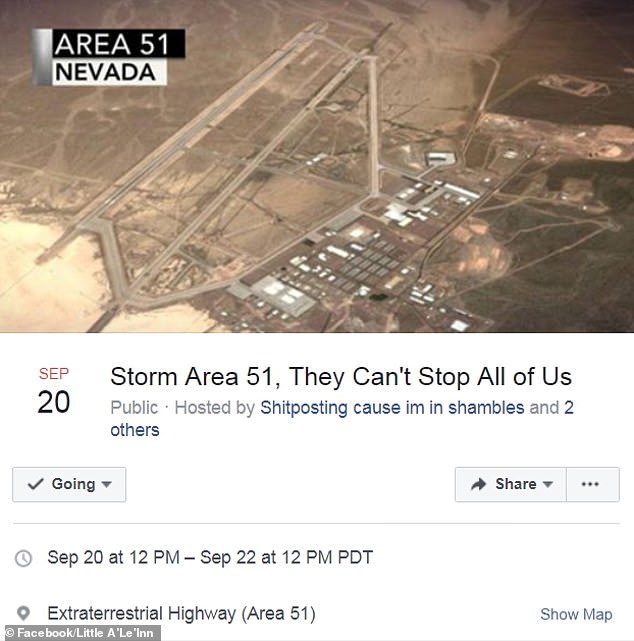 The event started as a meme page on Facebook, which had more than two million likes

Roberts started the Facebook in July after listening to a Joe Rogan podcast with Bob Lazar – the scientist who claimed he worked at Area 51 – got him thinking about the mystery surrounding it, Fox News said.

His idea gained traction as a few factors came together. West was first approached by a band Wily Savage who wanted to perform at her motel. At the same time, Roberts met with West about making a big party that would be called AlienStock.

But that page could put him in hot water. Despite achieving millions of ‘likes,’ Roberts suggested the Air Force couldn’t stop a civilian invasion of the top secret base, the Las Vegas Review-Journal said.

Emergency Manager Eric Holt said the county is budgeting $250,000 for oversight of Alienstock, which takes place Thursday through Sunday in Rachel, and at Area 51 Basecamp, occurring Friday through Sunday at the Alien Research Center in Hiko.

However, Roberts last week unexpectedly backed out of the event at the Little A’Le’Inn and moved the music festival to the Downtown Las Vegas Events Center over fears of a ‘FYRE FEST 2.0.’ 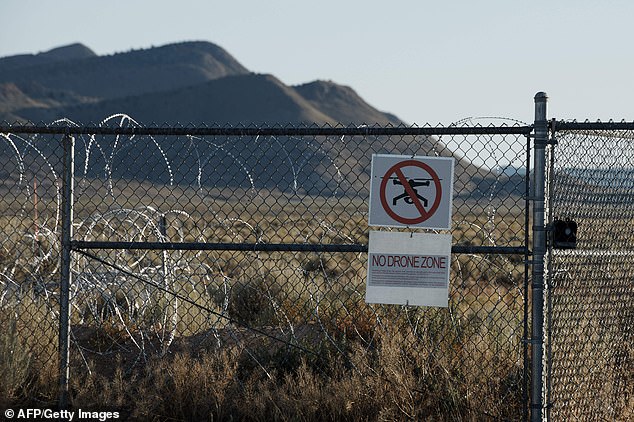 ‘Due to the lack of infrastructure, poor planning, risk management and blatant disregard for the safety of the expected 10,000+ AlienStock attendees, we decided to pull the plug on the festival,’ a statement from Roberts read. ‘We foresee a possible humanitarian disaster in the works, and we can’t participate in any capacity at this point.’

Last week a pair of YouTubers were arrested for trespassing at Area 51. Govert Charles Wilhelmus Jacob Sweep, 21, and Ties Granzier, 20, who are from the Netherlands,were released on $500 bail.

Roberts told Fox News that his Storm Area 51 is a ‘joke on the Internet probably like 50 thousand times at this point.