Nevada woman, 68, will receive $3M after spending 35 years in prison for a murder she didn’t commit

A woman who spent 35 years in prison for a murder she didn’t commit will get $3 million in a partial settlement of a federal civil rights lawsuit, her lawyer said Wednesday.

Cathy Woods, 68, will continue to seek additional damages from the city of Reno and former detectives she accuses of coercing a fabricated confession from her while she was a patient at a Louisiana mental hospital in 1979, according to her lawyer, Elizabeth Wang.

Woods was released from prison in 2015 when new evidence linked the 1976 killing of a Reno college student to an Oregon inmate, Rodney Halbower, who has since has been convicted of two San Francisco Bay Area slayings that happened during the same period. The DNA was taken from a cigarette butt found at the scene.

Woods, who now lives with relatives near the city of Anacortes, Washington, was the longest-ever wrongfully incarcerated woman in U.S. history, according to the National Registry of Exonerations. 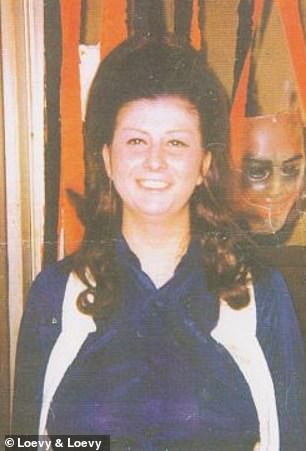 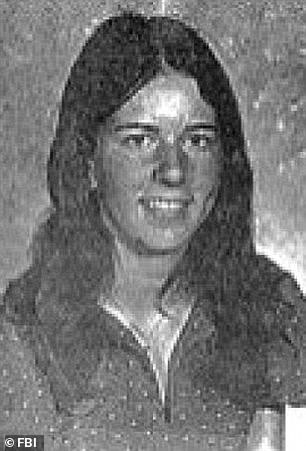 ‘Although no amount of money will compensate Ms. Woods for what she endured, this will go at least some way toward providing care for her,’ Wang said.

Woods was extremely psychotic and never should have been interrogated by detectives investigating the 1976 killing of 19-year-old Michelle Mitchell, Wang said.

The Washoe County Commission voted 4-0 on Tuesday to pay $3 million to settle a portion of the federal lawsuit that had named former county District Attorney Cal Dunlap as a defendant. Wang said she will ask a federal judge to drop him as a defendant after the partial settlement is finalized.

A separate lawsuit filed against the state earlier this month also will continue, Wang said, under a new Nevada law that went into effect this year allowing those wrongfully convicted to seek up to $3.5 million in civil damages. The federal lawsuit seeks unspecified monetary damages. 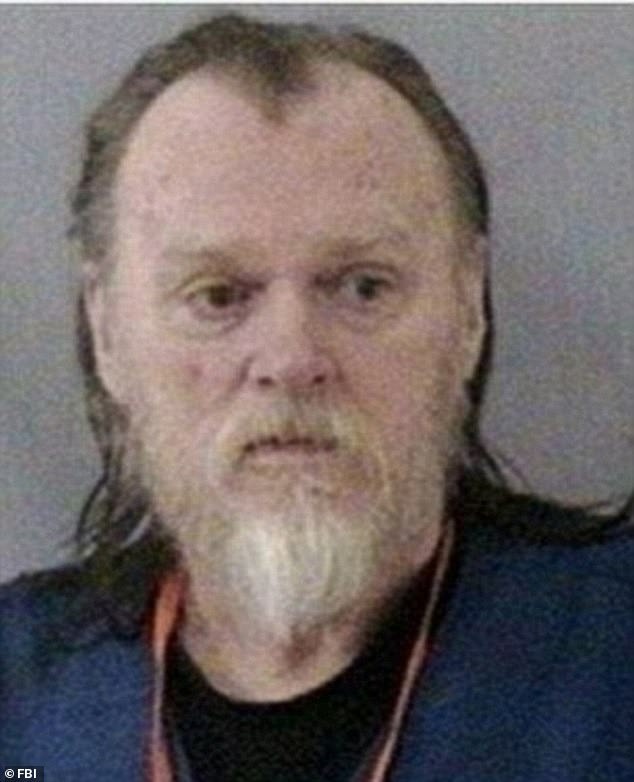 A judge vacated it for good in 2014 after DNA technology not previously available linked evidence to Halbower. Detectives in Reno and Northern California subsequently identified him as the ‘Gypsy Hills Killer,’ named for an area in the San Francisco Bay Area city of Pacifica where one body was found.

Authorities believe Halbower raped and killed six women and girls – including Mitchell in Reno in 1976. But he only was charged with two killings and last year was sentenced to life in prison for the killings of 17-year-old Paula Baxter and 18-year-old Veronica Cascio.

The county said in a statement it remains confident there was no wrongdoing by any county employees but that the settlement brings an end to costly litigation. 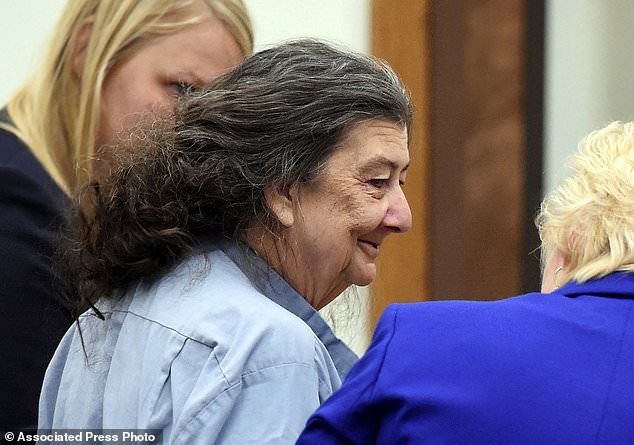 Cathy Woods appears in Washoe District court in Reno, Nevada on September 8, 2014. A judge vacated her conviction for good that year after DNA technology not previously available linked evidence to Halbower 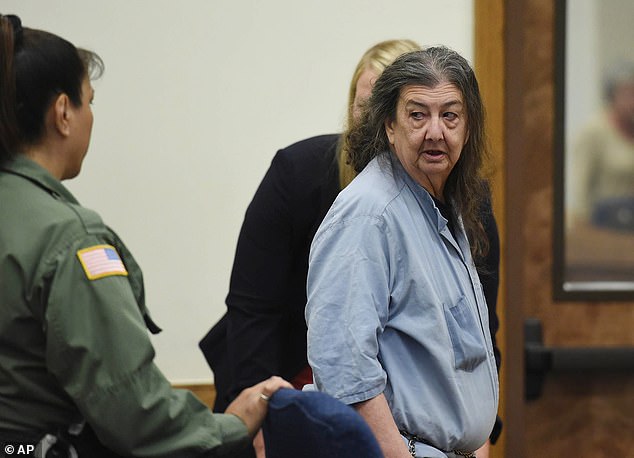 ‘The conviction and subsequent incarceration of Woods for murder is a tragic situation that Washoe County hopes is never repeated,’ the county said. ‘While money can rarely compensate an individual for loss of freedom, Washoe County sincerely hopes that this monetary settlement will be utilized for the best possible care of Woods.’

Woods’ federal lawsuit filed in 2016 says she was a poorly educated woman with severe mental illness who was ‘intentionally framed’ by authorities.

She was bartending in Reno when Mitchell was killed. She later moved to Louisiana, and her mother committed her to the psychiatric hospital where Woods told a counselor about ‘a girl named Michelle being murdered in Reno.’

‘I’m told it was a product of wanting to get a private room,’ Pusich said. ‘She was being told she wasn’t sufficiently dangerous to qualify, and within a short period she was claiming she had killed a woman in Reno.’