The grandmother of the little girl that was left in a sweltering daycare bus for six hours – despite being the only passenger in their care – says she is awake, smiling and eating ice cream.

Little Nevaeh Austin, 3, has made significant progress in the hours since she was rescued from her seat at the Le Smileys Early Learning Centre in Gracemere about 3pm on Wednesday.

She woke up and started speaking on Thursday and her nana, Pamela Parker, told Sunrise on Friday morning: ‘She’s telling me she loves her nanny (and) brother and sister.

‘She’s calling out, squealing and laughing, poking her tongue out – she’s doing awesome’. 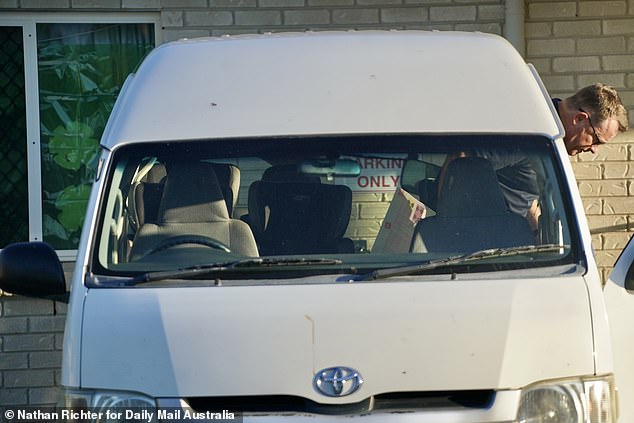 Baby Neveah had been rushed to Rockhampton Base Hospital in a critical condition after she was found in the van, she was then flown to Queensland Children’s Hospital in Brisbane.

Neveah was unresponsive when she was pulled out of the locked vehicle outside the Le Smiles Early Learning Centre near Rockhampton. Temperatures soared to the nearly 30C on Wednesday afternoon in the area.

Neveah is in a stable condition now, breathing on her own as her grandmother is set to join her at the Queensland Children’s Hospital on Friday afternoon.

The family are demanding answers as to how a little girl came to be left inside a boiling minibus for six hours.

The police investigation continued at the childcare centre on Thursday night with a particular focus on the internal temperature of the van. 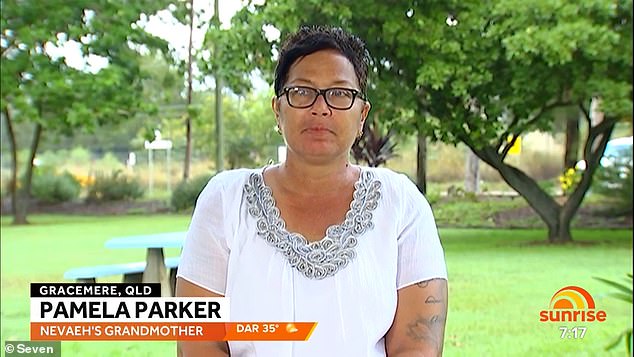 Neveah’s Grandma, Pamela Parker, pictured appeared on morning shows to give an update on the toddler’s condition, saying she was ‘doing awesome’ 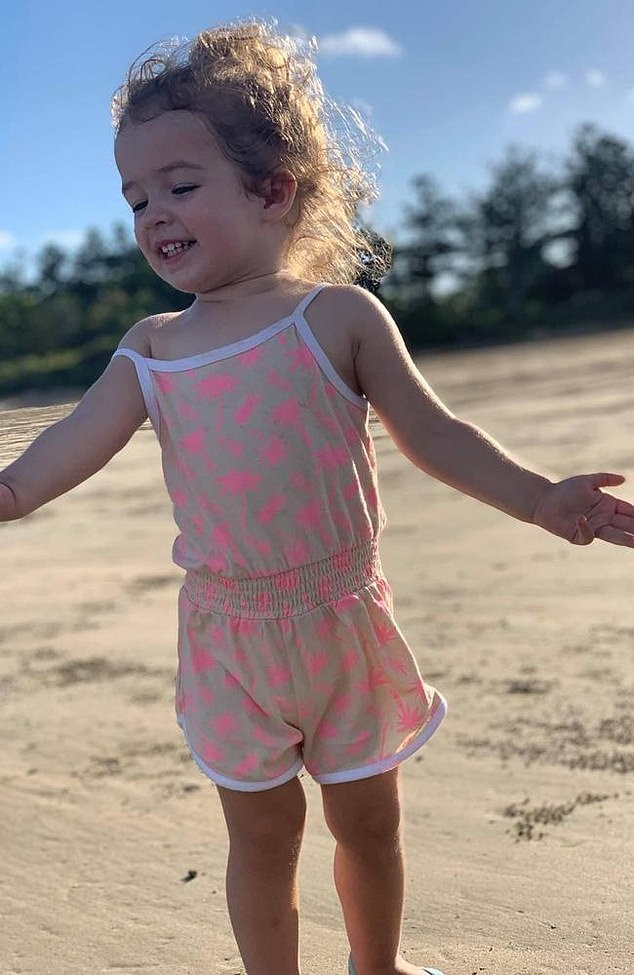 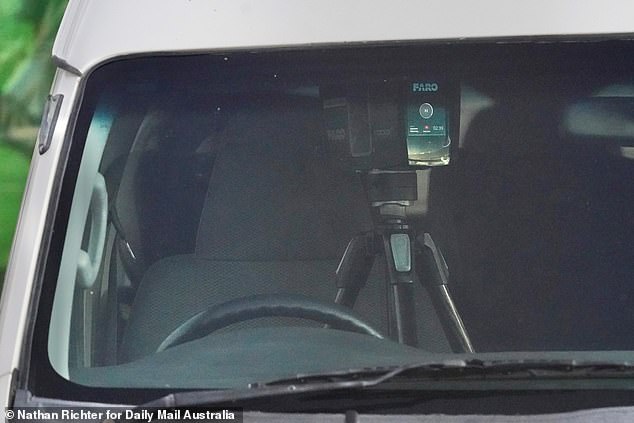 Police worked late to examine the van, which has been forensically tested but not yet removed from the day care centre.

A child’s booster seat was visible as officers took pictures from multiple angles, jotted down notes and discussed their findings among one another.

A temperature recording camera appeared to be placed in the locked van at one stage. It’s understood police hoped to gauge an estimate of how hot it may have been inside the van for the six hours Nevaeh was trapped inside.

Temperatures peaked at 30C in Rockhampton on Thursday – just one degree warmer than it was on Wednesday. Estimates suggest the interior of a car could have reached 56C after just 2 hours in direct sunlight.

As the sun set, police continued to photograph the interior and exterior of the van using a high technology 3D laser scanner to exactly replicate the conditions met by the driver, her colleague and Nevaeh on Wednesday.

They paid particular attention to the glass windows on the driver’s side of the van. 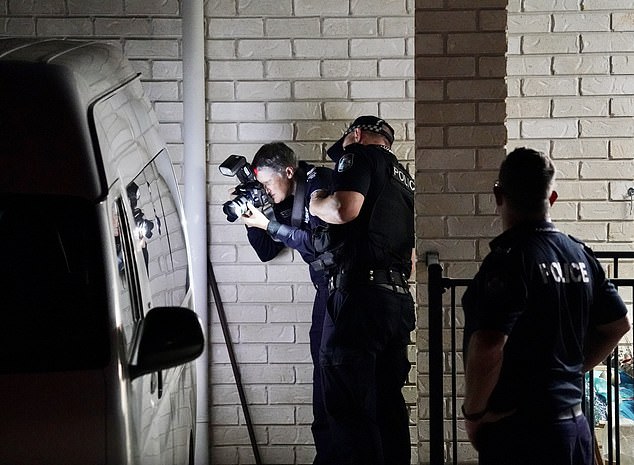 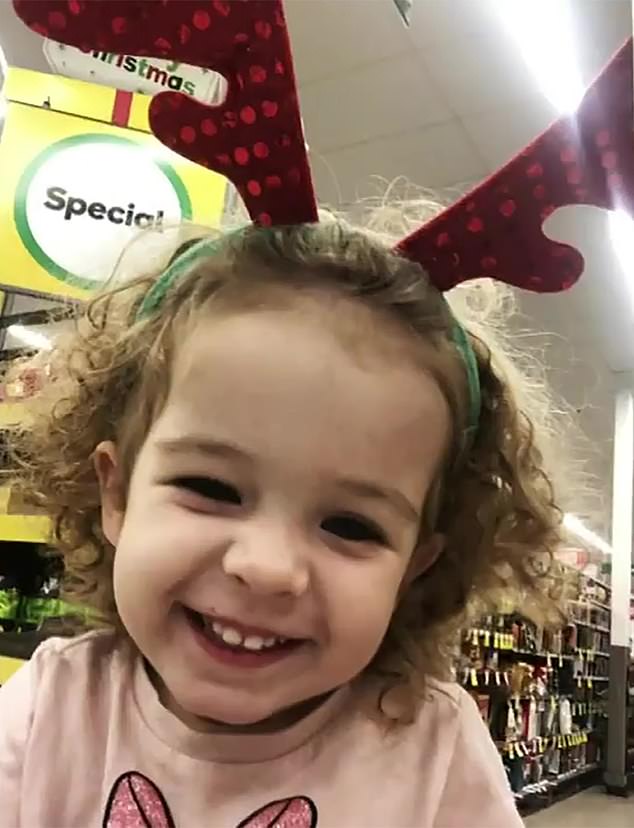 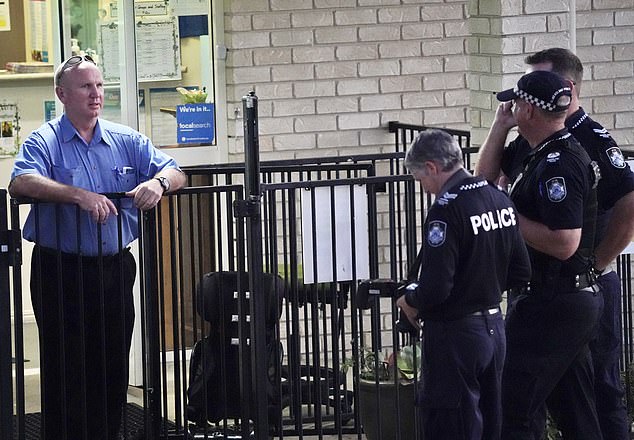 Police worked late to examine the van, which has been forensically tested but not yet removed from the Queensland day care centre 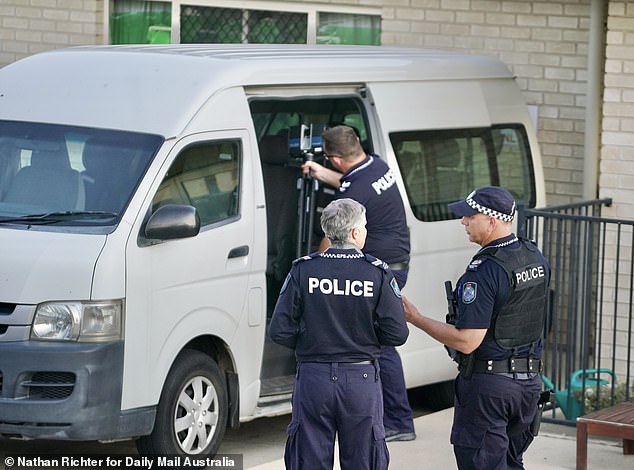 A child’s booster seat was visible as officers took pictures from multiple angles, jotted down notes and discussed their findings among one another 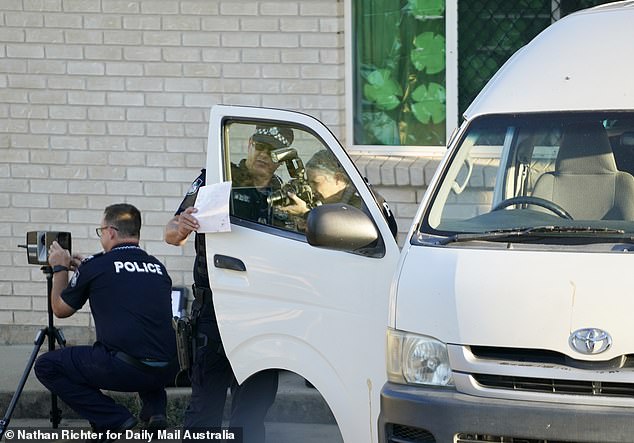 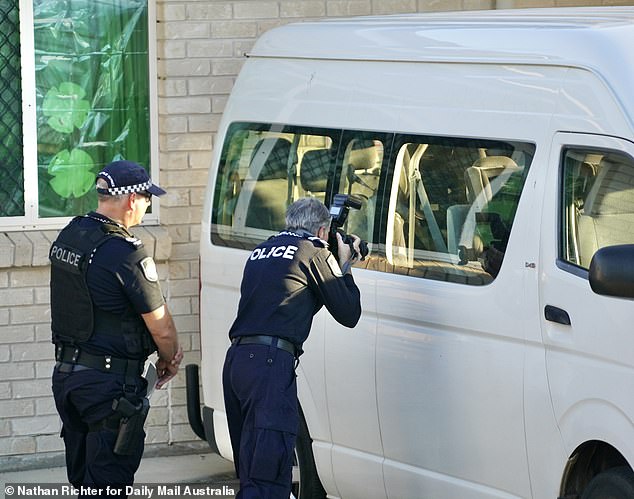 Meanwhile inside the centre, three plain clothes detectives were sifting through administrative documents and photographing the area behind the reception desk.

Police tape blocks both the entrance to and the exit from Le Smileys and investigations are expected to continue for at least the next few days.

Ms O’Rourke sent an email to families on Thursday morning to inform them that school would be closed until at least the end of the week.

She was the only child in the van on the day in question.

Her family are now demanding answers as to how she was forgotten by staff and left alone for six hours without anyone noticing she was missing.

Traumatised grandmother Pamela Parker arrived at the local police station on Thursday afternoon and told waiting media her family would not stop until they got answers. 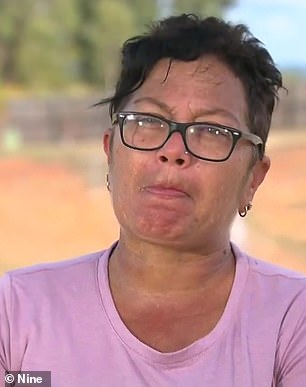 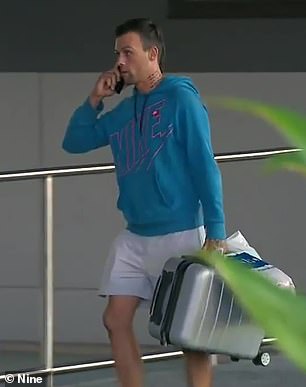 The family’s of Nevaeh Austin (grandmother Pamela Parker, left, and father Shane Austin, right) said they have spoken to their little girl since the incident as she continues to fight for life in hospital 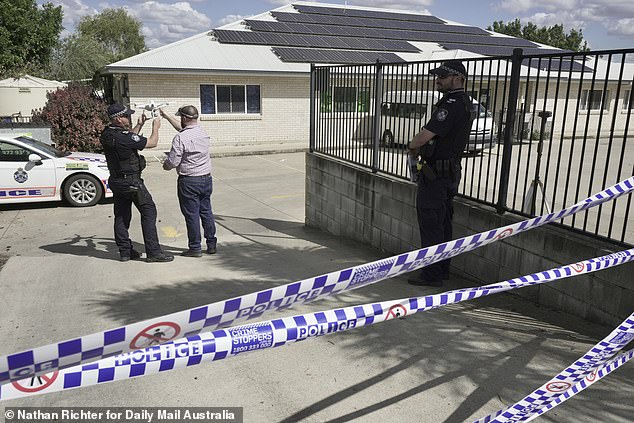 Ms Parker hopes the youngster won’t remember the ordeal, ‘but at the end of the day, we don’t know,’ she added.

Nevaeh is still in hospital and very tired, but she’s back to her ‘happy self’, family say.

‘I’m thankful my granddaughter has pulled through but what this must be doing to her, I can’t even imagine,’ she said. 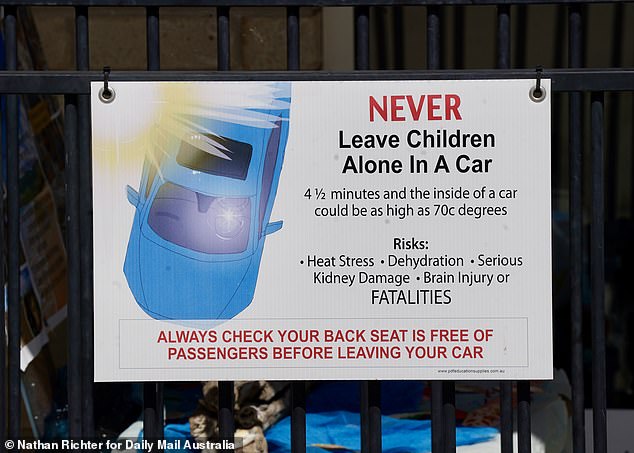 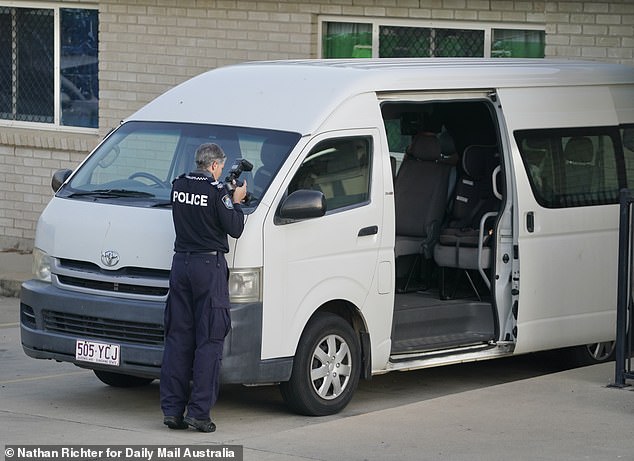 Earlier on Thursday, the youngster’s aunt, Christy Atta-Singh, opened up about her heartache.

‘Thank you to everyone that has messaged, called or offered help at this horrendous time. It’s a disheartening time for all involved,’ she wrote on Facebook.

‘Vaeh has Austin in her blood so is fighting her little heart out, and has been raised by a tough woman.’

‘It’s gut wrenching seeing and being bedside to such an innocent child.’

Ms Atta-Singh said her niece is ‘in the best hands’ and has ‘all the love and support in the world’.