A deserted Cold War nerve centre has been found in Wales, complete with gas masks, staff files and even vintage beer bottles.

Eye-opening photographs by an urban explorer have provided a peek back in time at Llandaff Sub-Control Nuclear Bunker in Cardiff, hidden in the woodland.

According to historical experts, the centre would have been used by politicians, the military and by companies responsible for running electricity, transport and many more essential services.

The windowless building was expected to communicate with South Glamorgan in the event of nuclear war.

Photojournalist Shaun Ashford captured fascinating images of the centre in which staff records, are seen scattered around the centre – as if frozen in time. 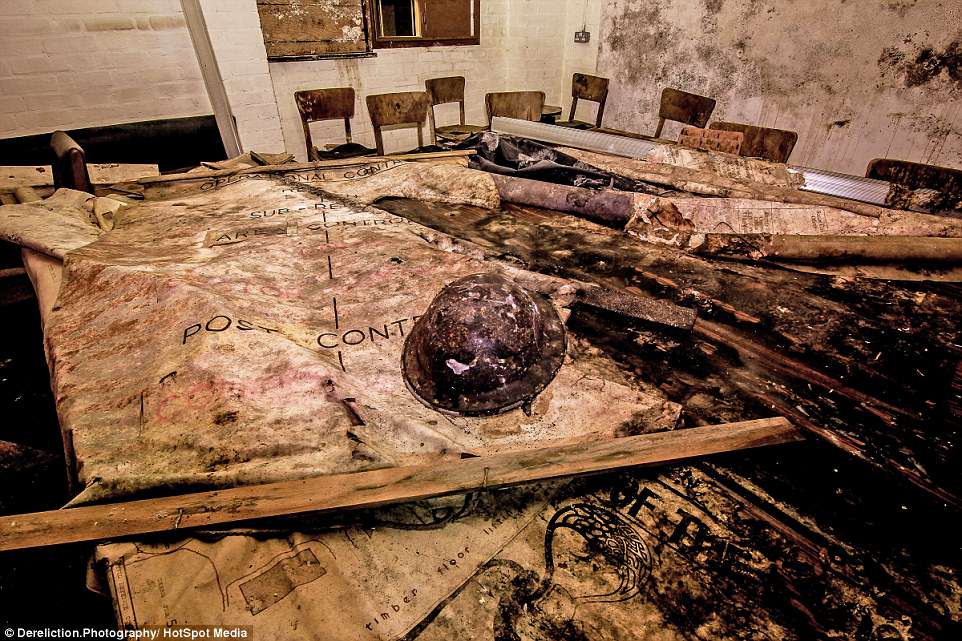 Covered in layers of dust, relics of a forgotten era lay undiscovered. Staff records, gas masks and vintage beer bottles are seen scattered around the centre – as if frozen in time 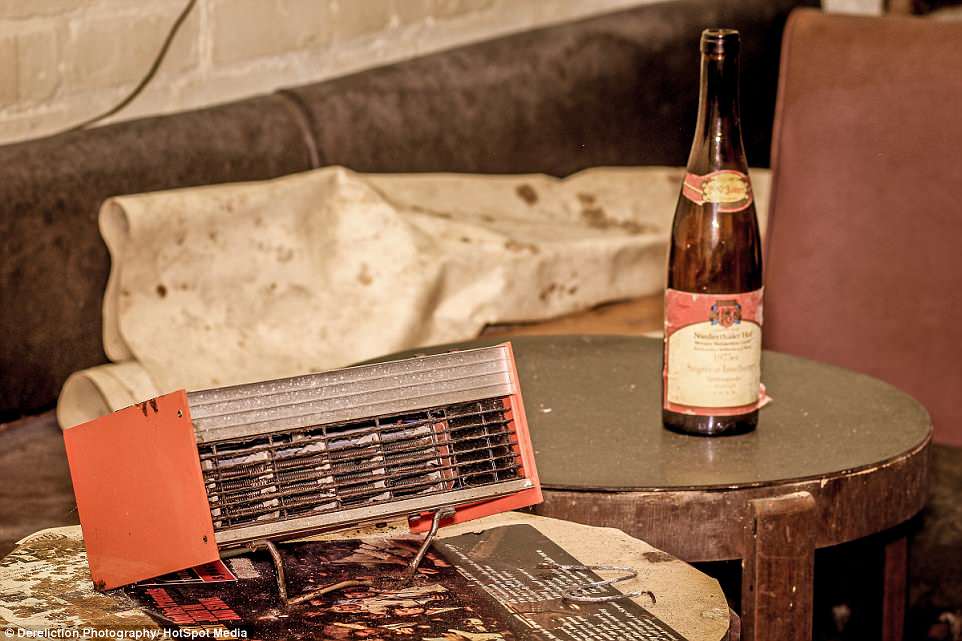 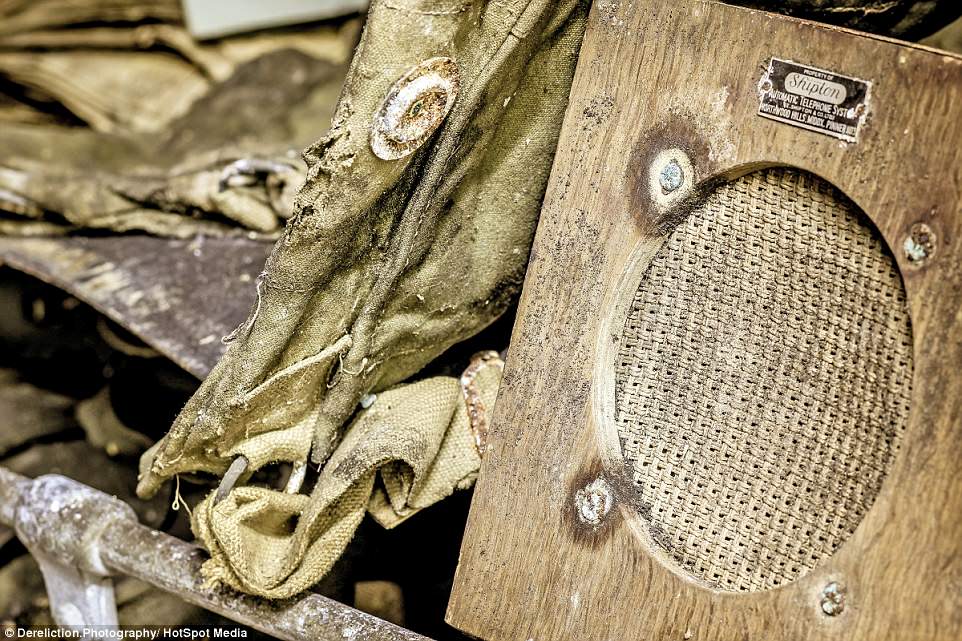 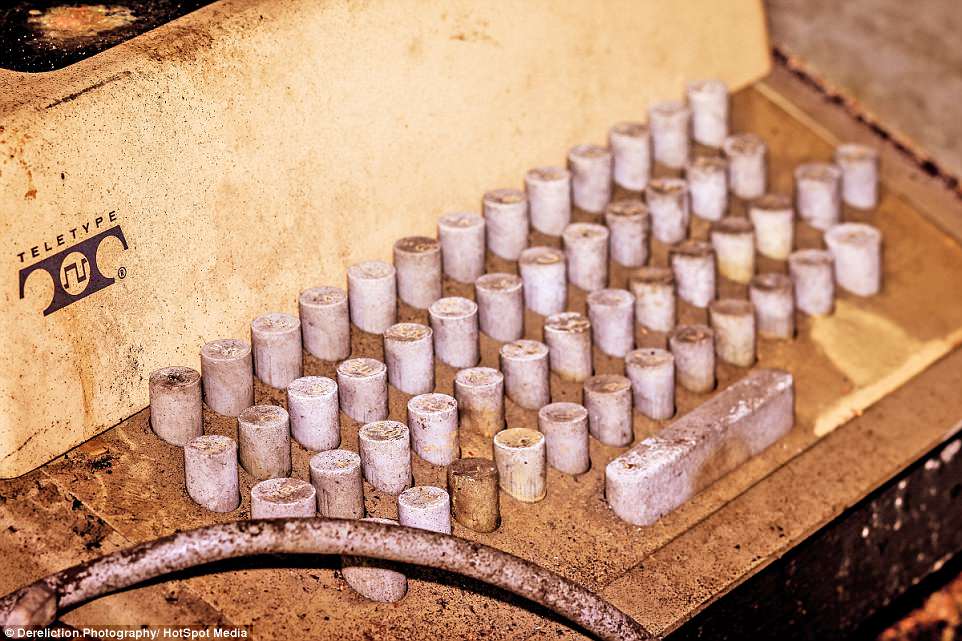 An old typewriter was also discovered in the nuclear bunker in Cardiff. The windowless building was completely dark inside 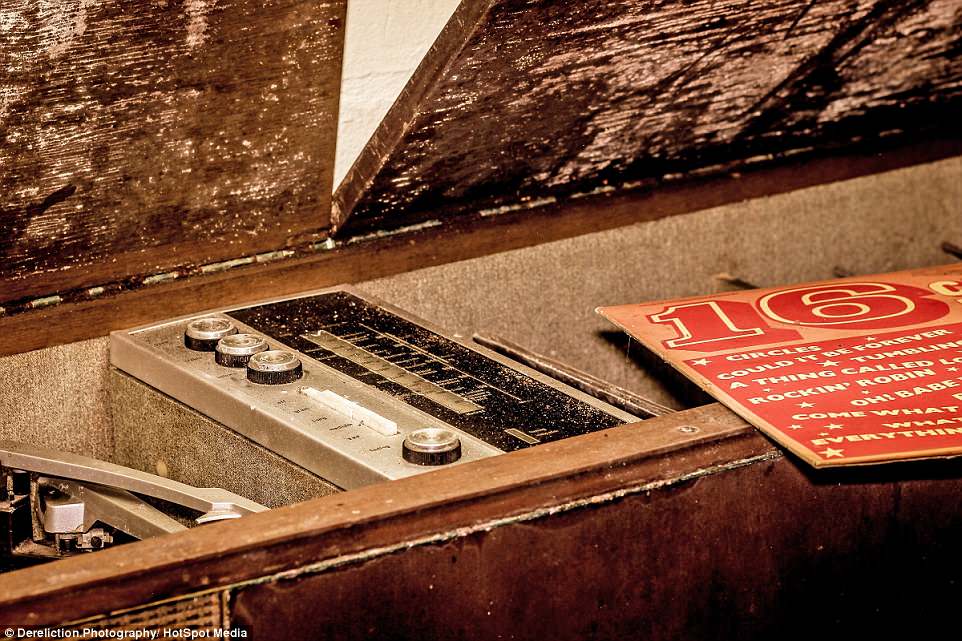 Entertainment system: A vinyl player with a built-in radio was discovered in a bunker in Cardiff, Wales by a photojournalist who specialises in abandoned buildings 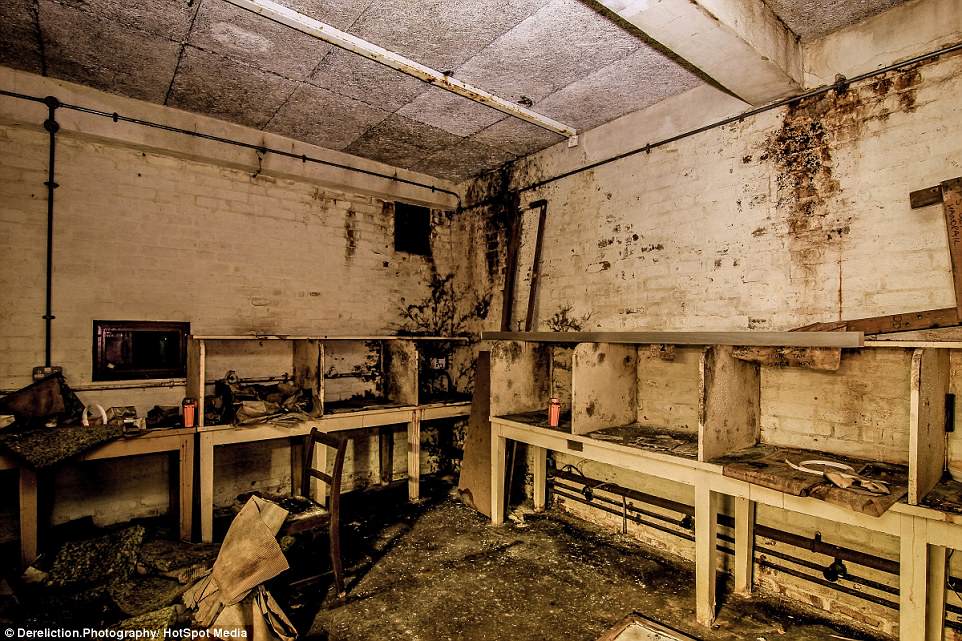 The signal room in the bunker which had signal booths used for communicating. This room would have come alive if war had been declared 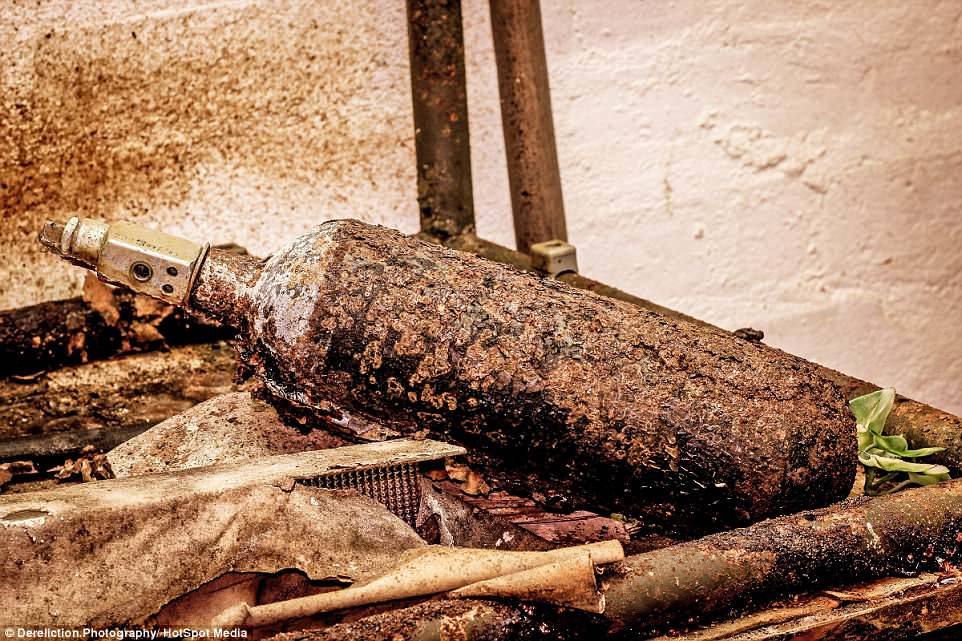 The 27-year-old from Cardiff, says: ‘I’ve been keeping an eye on the building for about three years but, recently, I discovered it was unlocked and decided to go in and explore.

‘The bunker has sat still since 1991 and it was a huge attraction for me to reveal the inside to the public and for our historic war artefacts to be preserved as they were in the 1950s.’

Incredibly the building, the size of a large garage, was expected to co-ordinate South Glamorgan in the event of war.

Shaun, who has been photographing abandoned buildings for 10 years, says: ‘The building was pitch black apart from the main corridor so I had to use filming lights.

‘I loved discovering hand-written letters from those wishing to join the service that was operated there.

‘It was really surreal coming across paperwork that was decades old.

‘I’d been hoping to discover artefacts like the gas masks, but to actually come across them made me speechless. It was very exciting to see that the site has been untouched and that so much remains present.’ 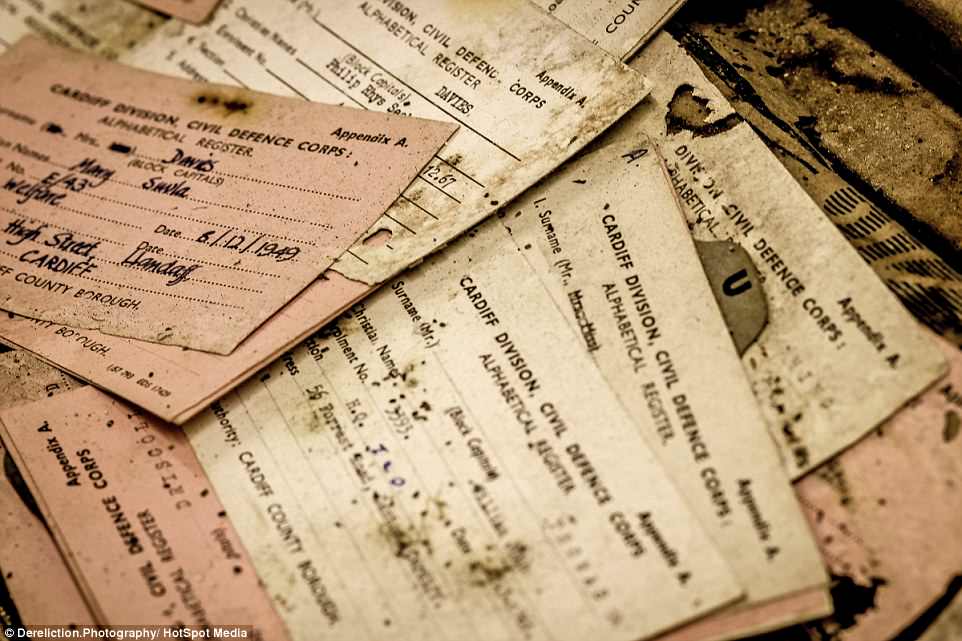 A window into the past: The names of staff for the Civil Defence Corps and their addresses in 1949 were left on documents 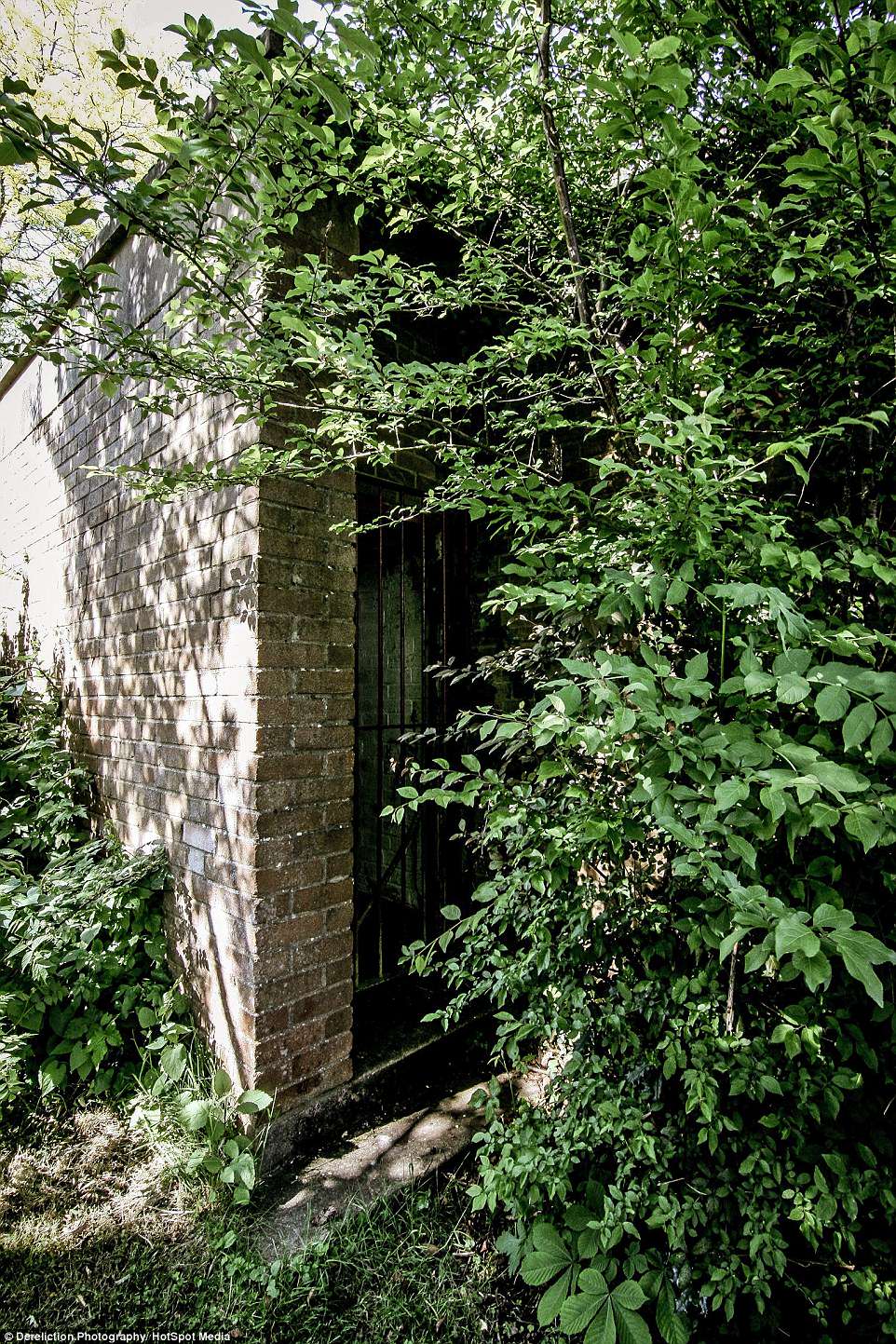 Hidden amongst the trees, the windowless building was expected to communicate with South Glamorgan in the event of nuclear war 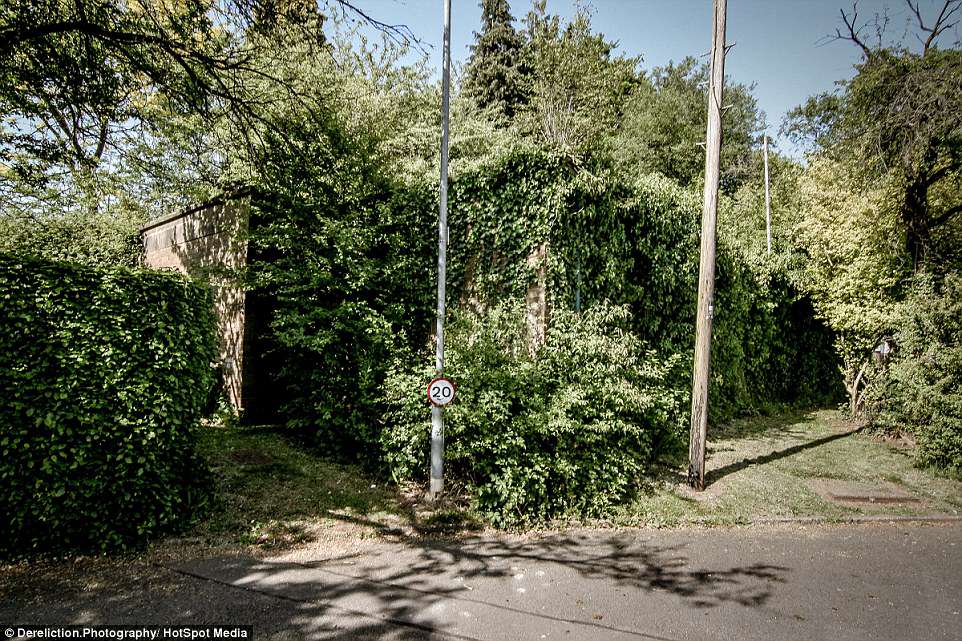 The bunker was in a totally unassuming area of woodland on a council-owned housing estate. It was left completely untouched 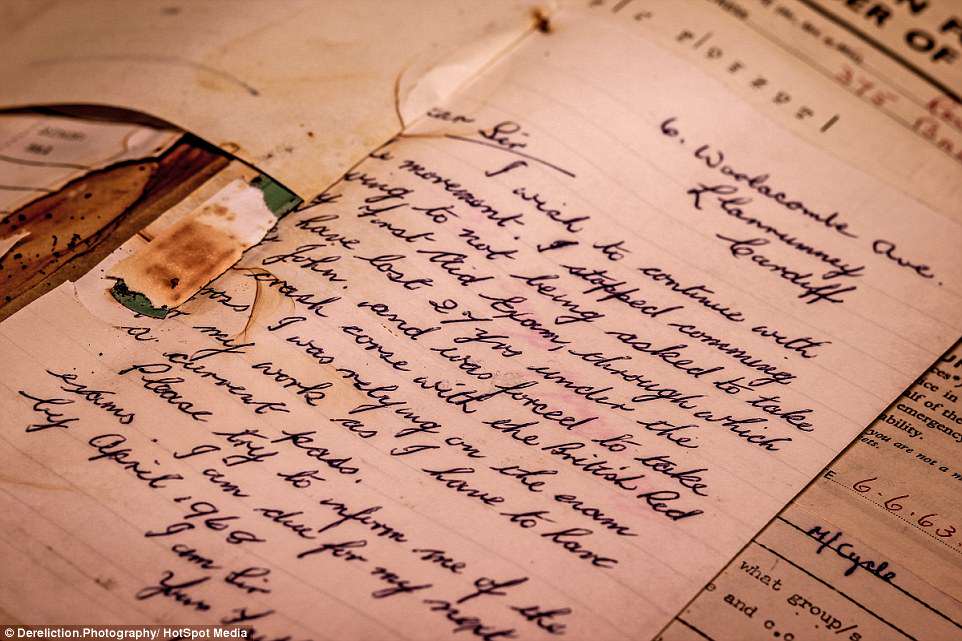 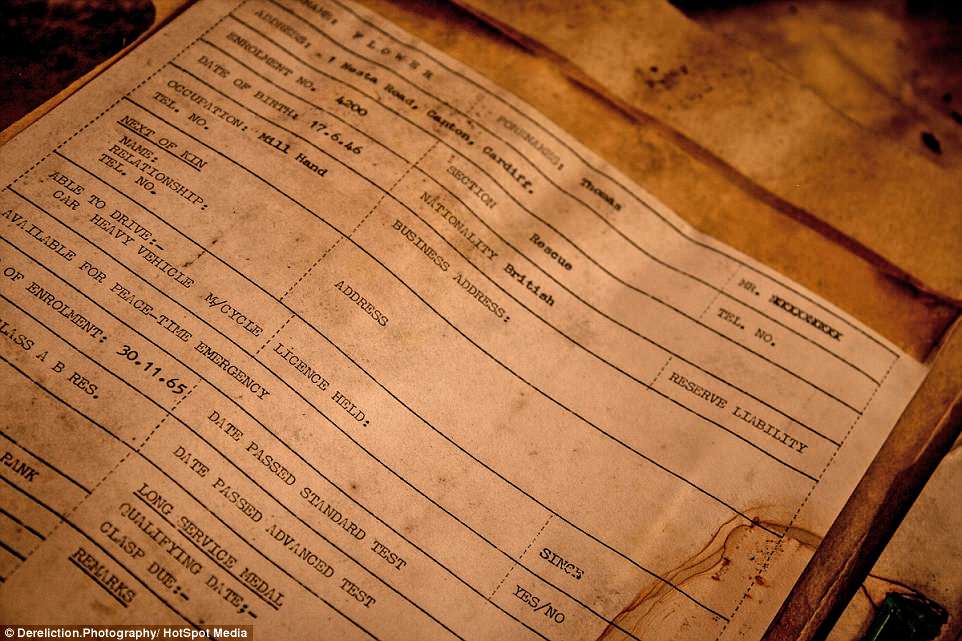 Documentation of a mill hand named Thomas Flower who was ‘available for peacetime emergency’. His details were left in the bunker 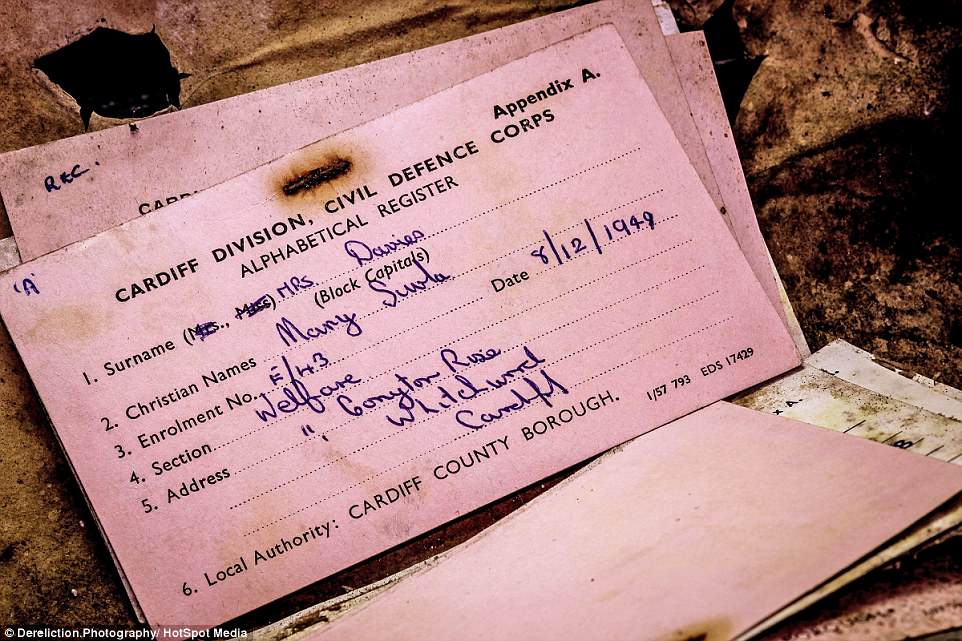 The building which is owned by Cardiff city council is located in the jurisdiction of a Welsh housing estate and opened in 1959.

Shaun says: ‘I love photographing history because I like capturing the history that’s been left behind.

‘Many locals wonder what’s behind closed doors and it’s a privilege for me to be able to show them.

‘There’s been talk in Cardiff of restoring the building and turning it into a museum which would be incredible so that future generations can see the historic features first hand. 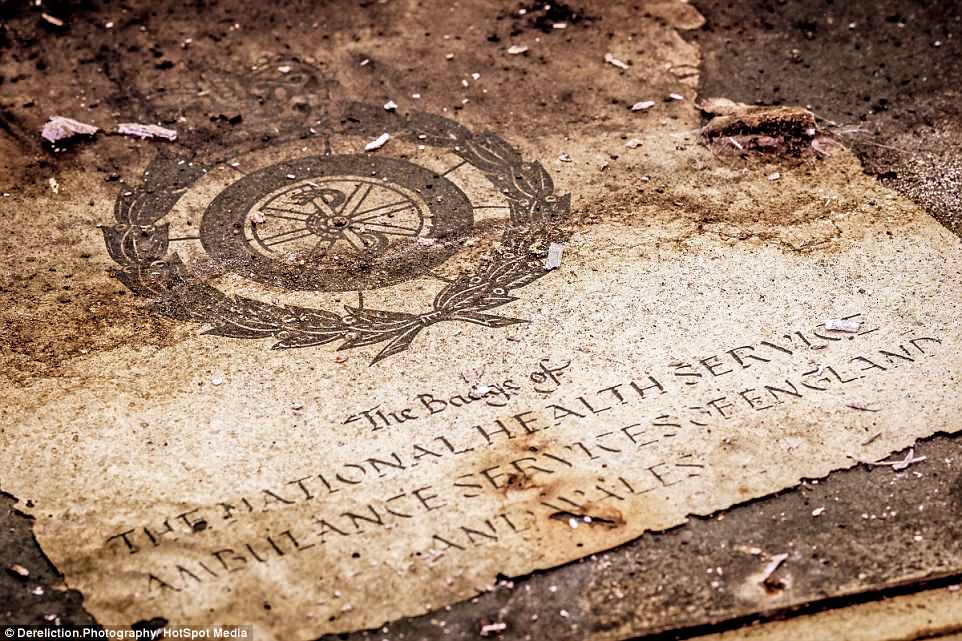 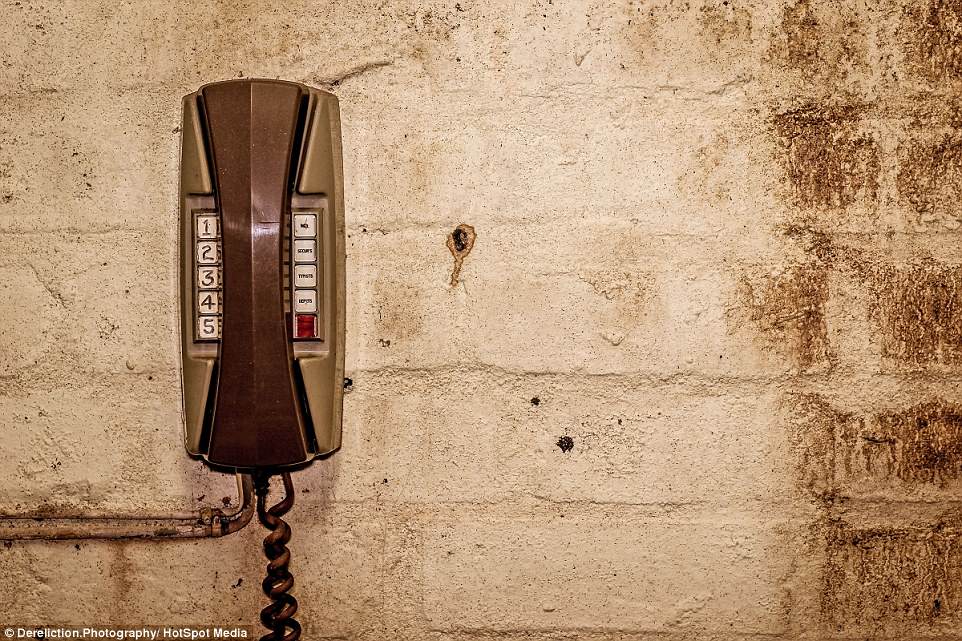 Llandaff Sub-Control Nuclear Bunker in Cardiff. The phone on the wall which was used to connect with the outside world 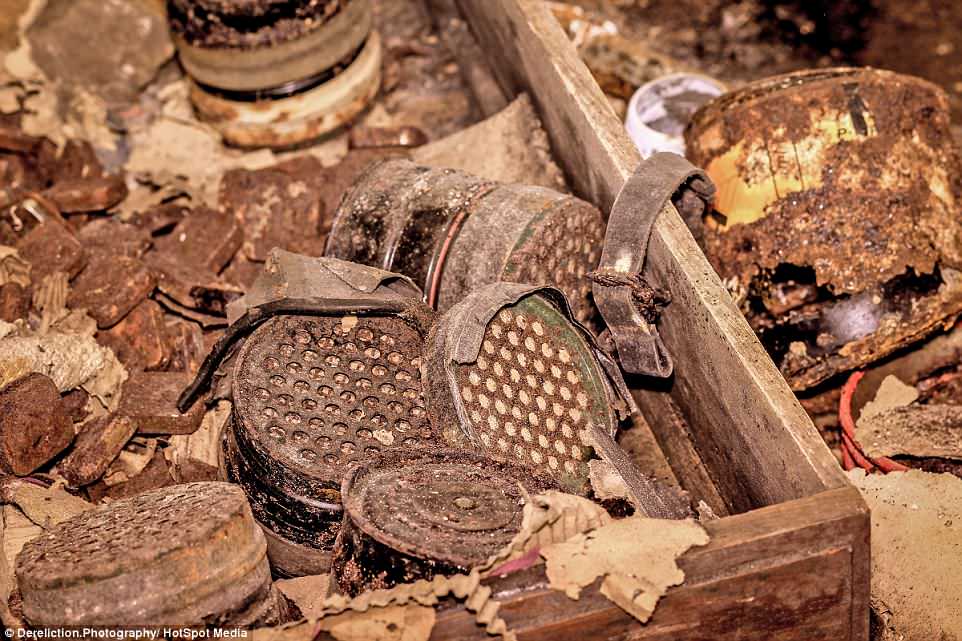 Shaun Ashford said: ‘I’ve been keeping an eye on the building for about three years but, recently, I discovered it was unlocked and decided to go in and explore’ 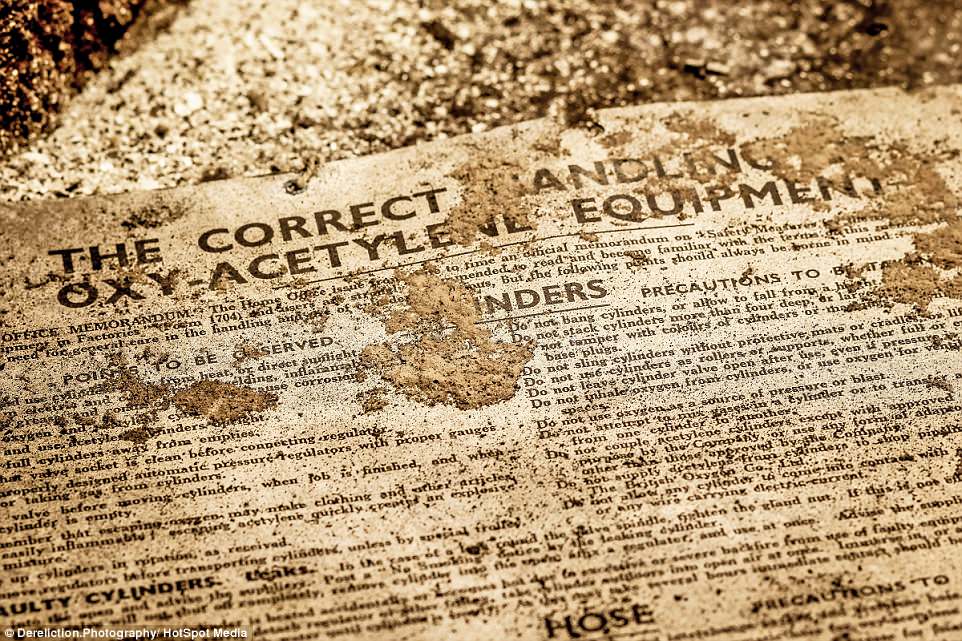 Instructions on how to handle cylinders in the Cold War bunker were also found by the photojournalist in Cardiff, Wales 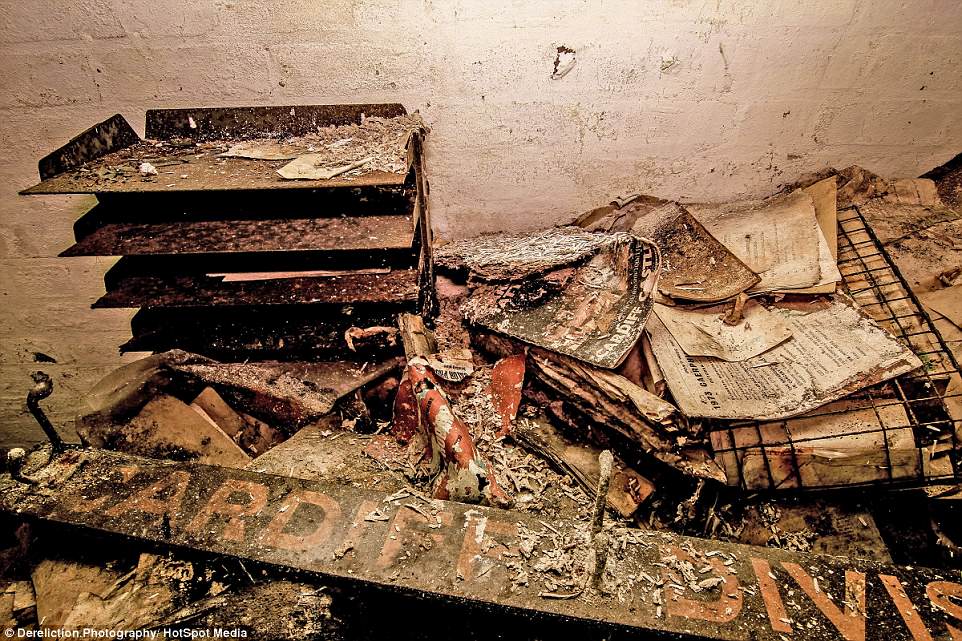 ‘Cardiff Division’: Paperwork and signs covered in dust were uncovered in the Cold War workspace which was tasked with notifying South Glamorgan of impending war 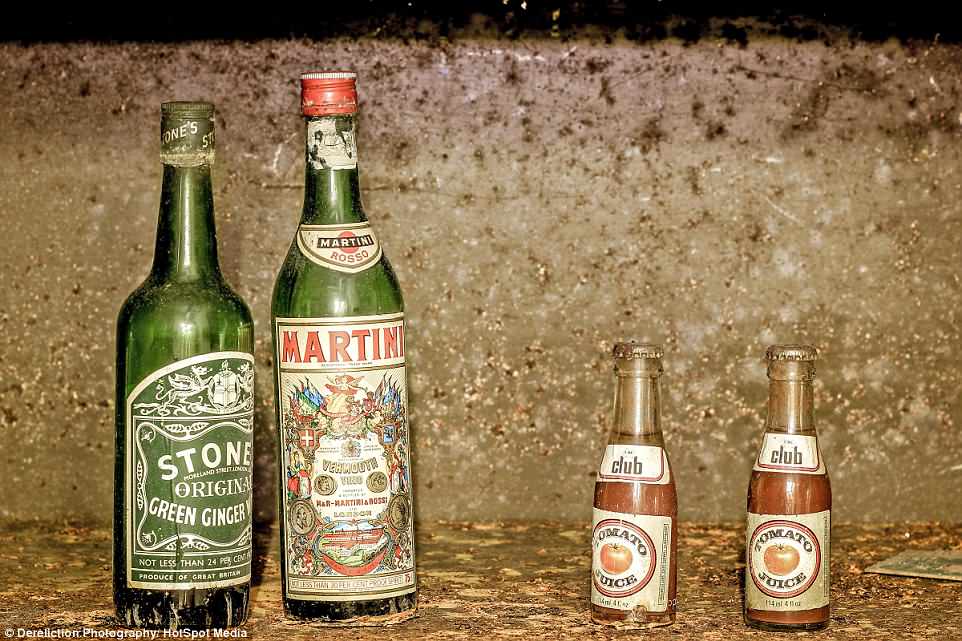 Bottles remain perfectly in-tact from the 1950s when the bunker was manned in the woodland in Cardiff, Wales. Photojournalist Shaun Ashford captured fascinating images of the centre

‘The sad part is that locations such as this will no doubt end up vandalised or simply left until it’s crumbled away and demolished.’

A Cardiff council spokesperson said: ‘The building is owned by the council.

‘It was formerly used as a bunker. However, it has not been in use for many years, and is no longer part of the council’s Emergency Management Unit.

‘Due to its confined size, no suitable alternative use for it has yet been identified.’