Grinning with evil, Adolf Hitler smiles in a chilling image meeting the Nazi air fleet he would send to kill thousands of innocent people.

The newly-unearthed picture shows his twisted delight as he and Joseph Goebbels inspect the Luftwaffe and air crew at the start of World War Two.

These previously unseen images were taken by an unknown Luftwaffe pilot and feature Hitler and his right-hand man days after the Nazis invaded Poland. 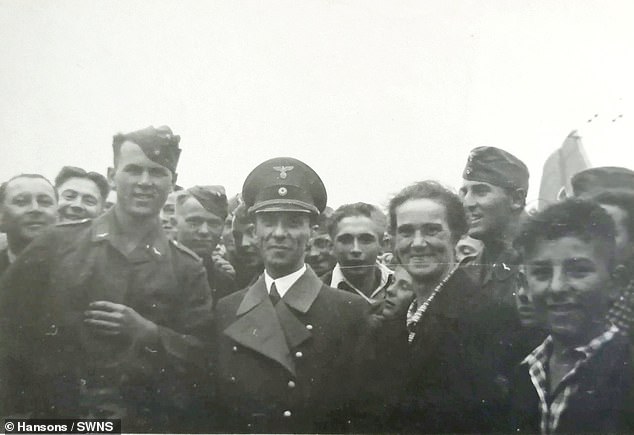 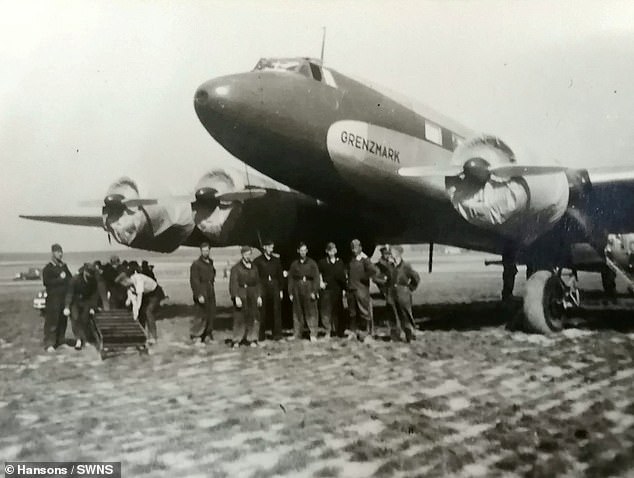 The photos were taken by an unknown Luftwaffe pilot on September 14, 1939, when Hitler flew into ‘Airfield Yellow’ – a temporary airstrip possibly in Poland.

Days earlier the Allies had declared war on Germany yet the photographs show Hitler and Goebbels laughing and posing with the air crews.

The visit was a closely guarded secret and no exact records exist of Hitler’s movements in the early days of the war. 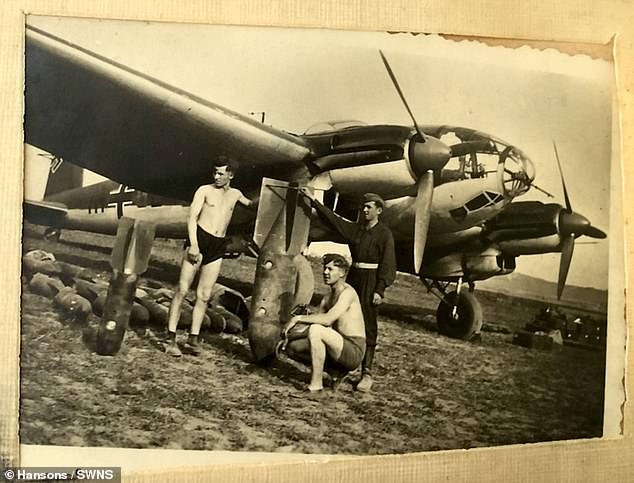 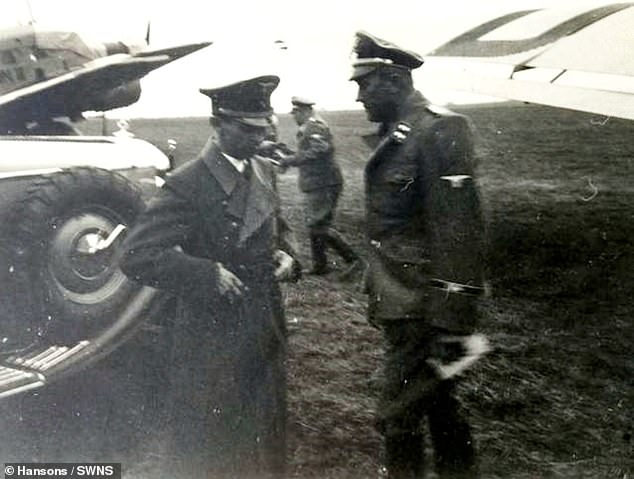 The German invasion of Poland on September 1, 1939, came after it signed a neutrality pact with the Soviet Union.

It meant Poland ended up being bombarded from all sides by two vastly more powerful hostile powers – with Russian troops invading the country on September 17.

But Hitler’s decision was risky because his army was not at full strength and he was unsure how Britain and France would react.

When the Nazis invaded, the Polish government immediately requested military assistance from Britain and France and two days later the two countries declared war on Germany

While they were unable to stop Hitler in Poland it galvanised the Allies against him, which would result in his eventual defeat in 1945

The grainy black-and-white snaps show Hitler and Goebbels in full uniform chatting to air force commanders while inspecting the planes.

Other photographs reveal Luftwaffe crews wearing just shorts posing next to a fearsome man-sized bomb under the wing of a huge plane.

The 9cm x 6cm photographs were uncovered inside a battered leather bound pocket-sized photo album with annotations on the back.

The owner of the album is now putting the pictures up for auction and they are tipped to sell for hundreds of pounds.

Military antiques expert Adrian Stevenson, on Hansons Auctioneers, said: ‘This is a unique, private album of unseen photos of Hitler and Goebbels and I expect interest to be strong.

‘Yellow Airfield is a code name for what would have been a temporary airstrip, possibly in Poland but we cannot be sure.

‘Interestingly, if you research Hitler’s movements around September 14, 1939, it is not clear where he was, which makes these photos even more historically significant.

‘The owner is a private collector from the East Midlands who is now liquidating his collection.

‘He purchased the album at auction.

‘The previous seller may not have fully appreciated the historical significance of the contents of this little pocket album.

‘There is a deep fascination with all aspects of wartime history and items relating to Hitler attract intense bidding from collectors all over the world.

‘These grainy, black and white images capture the Nazi leaders at a pivotal point in history – just a few days after the start of the deadliest conflict in human history, the Second World War. 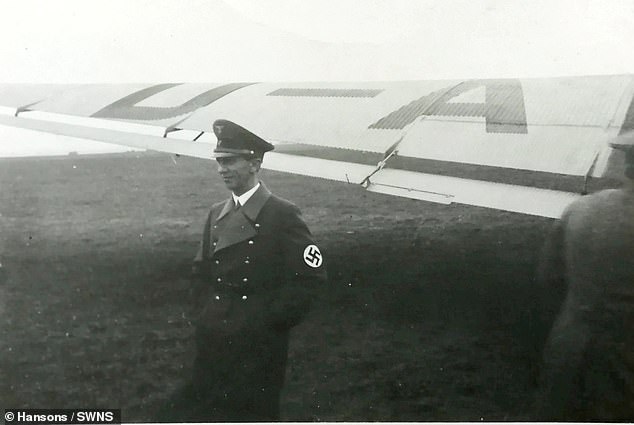 ‘The UK and France declared war on September 3 after Hitler ignored an ultimatum to withdraw forces from Poland. 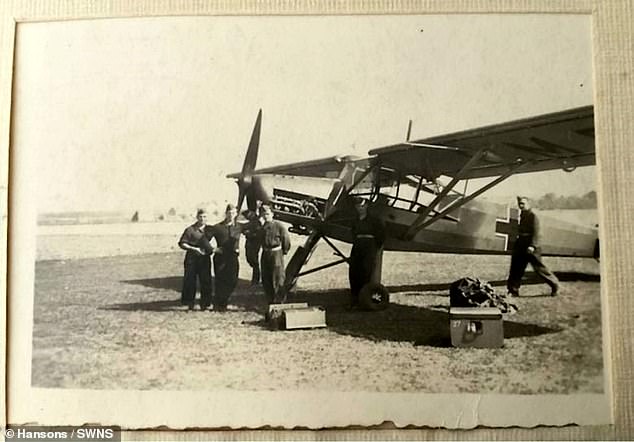 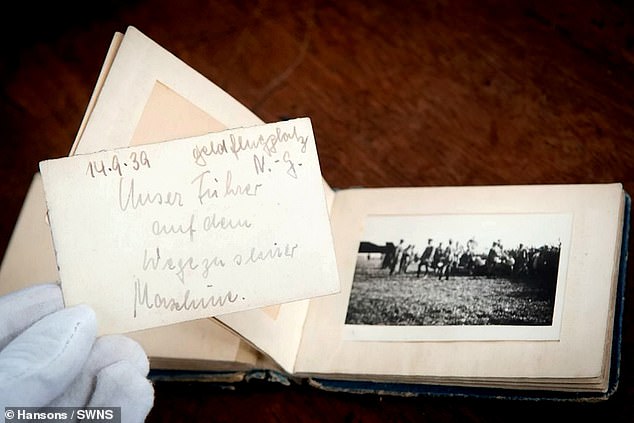 The collection of pictures, kept in a leather-bound photo album, are now up for auction

‘Despite the dramatic world events, Hitler and Goebbels appear in good spirits on the photos.’

The photo album will go under the hammer on August 7.