Never mind the ‘backstop’, there’s a good deal to be found in Derry!

Never mind the ‘backstop’, there’s a good deal to be found on a trip to Derry!

By James Hughes-Onslow for the Daily Mail

Derry has been in the news thanks to Mrs May, Monsieur Barnier and the dreaded ‘backstop’. But we mustn’t forget that the sun shines on this once troubled city, with its nearby rolling green hills, sandy beaches, golf courses and trout streams.

Indeed, it’s a great city, with historic sites and a proud city wall.

Derry has been mired in confusion and heroics since the great siege of 1688-1689, when the Protestant Apprentice Boys saw off the Jacobites.

Once known as Londonderry because of its trading connections with the City of London, it is now more often called Derry.

We arrived on one of BMI’s twice daily services from London Stansted.

New ventures, which have been springing up like mushrooms since the Good Friday Agreement in 1998, are evident everywhere, and it’s easy to see why Derry was named UK City of Culture in 2013. 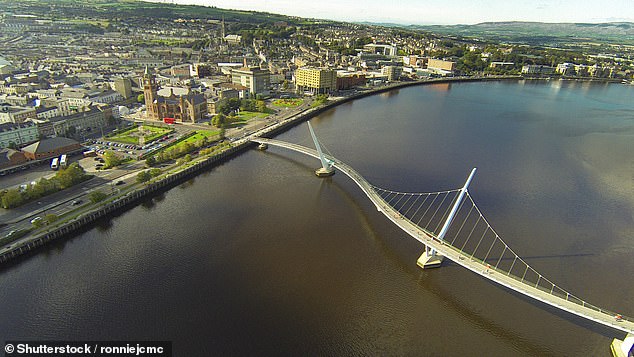 It’s easy to see why Derry was named UK City of Culture in 2013, writes James 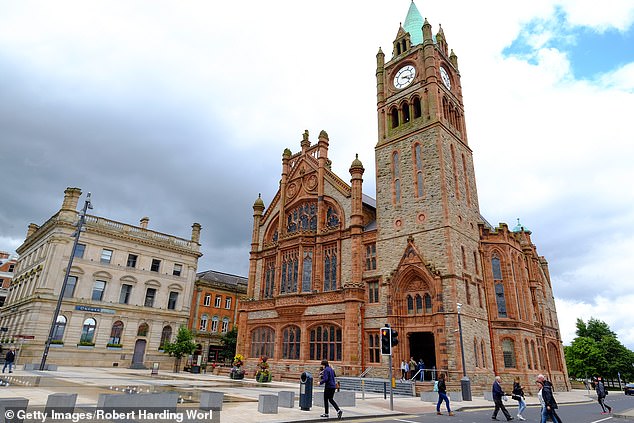 Derry’s Guildhall benefited from the Peace Bridge, which connects it to the rest of the city

We stayed in the refurbished Bishop’s Gate Hotel, which first opened its doors in 1902 as a club. We were taken on a guided tour of the city walls, starting at the Bishop’s Gate, which is the highest point of its mile-long circumference.

A new museum commemorates the Bloody Sunday of January 1972, still an issue of red-hot controversy.

Derry is rightly proud of its two Nobel Prize winners, John Hume, the SDLP leader who won the Peace Prize, and Seamus Heaney, the poet who won the Literature Prize. Both attended the same school, St Columb’s, we were told when we went to see the community hall at Bellaghy which was set up as a £5million shrine when Heaney died in 2013. 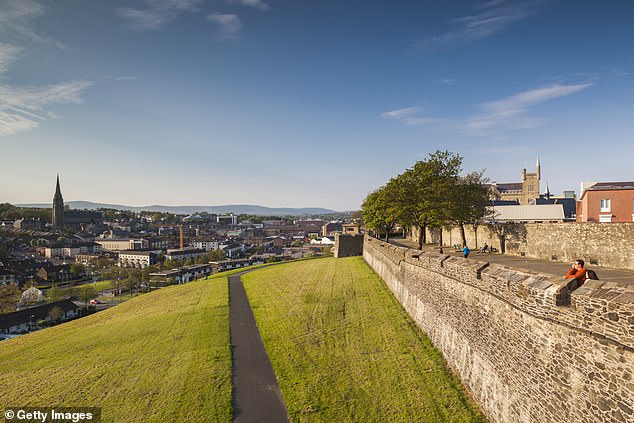 Peaceful: The surrounding walls are a great place to take in views of the city

Every twist in Derry’s fate brings a new crop of tourist ideas. The Peace Bridge across the River Foyle for cyclists and pedestrians, opened in 2011, links the Guildhall with the newly developed Ebrington Square, once an army parade ground but now a recreation area with a ‘Walled City Brewery’ offering local beers by James Huey a former Guinness brewer, and a fine panorama of the city.

There is a Siege Museum and a Museum of Free Derry which tells of the more recent Troubles. The city was one of the major ports for migration to America and this accounts for many of its American guests. At the end of World War II a fleet of German U-boats surrendered in Lough Foyle and were then scuttled in the Atlantic.

Derry has had a difficult past but everyone I met was determined to build a prosperous and peaceful future.