The University of Hull student, 21, from High Wycombe in Buckinghamshire, was last seen in the early hours of February 1 this year. Her body was found on March 20

Libby Squire’s family are facing more agony as the 21-year-old student’s funeral is put on hold because police investigating her death are still unable to release her body.

The University of Hull student, from High Wycombe, went missing in the early hours of February 1 during a night out. Searches near to where she was last seen were unsuccessful but her body was eventually found in the Humber Estuary on March 20.

Humberside Police today confirmed her body was still in their custody, with a spokesman saying: ‘We can confirm that Libby’s body hasn’t been released.’

Ms Squire had been on a night out in Hull but is believed to have been refused entry to a nightclub and put in a taxi by her friends.

Humberside Police had said she may have ‘come to harm’ and a 24-year-old man suspected of abducting her was later charged with a number of unrelated offences.

A spokesman said: ‘Inquiries are ongoing into the death of 21-year-old University of Hull student Libby Squire.

‘We continue to investigate Libby’s death as a homicide, with further work and analysis being conducted.’

On February 6, Pawel Relowicz, 24, was arrested in Hull on suspicion of abducting Ms Squire.

Relowicz was later charged with a number of unrelated offences. He is still believed to be under investigation, although he has never been charged in relation to her disappearance.

Tributes poured in for Ms Squire from staff and students at the University of Hull, with the students’ union saying everyone is ‘devastated’ by the Philosophy student’s death.

Union president Osaro Otobo said: ‘The student community are absolutely devastated by this news but now we want to pull together and support each other to make sure we’re all during this time.’

Ms Otobo was speaking with vice-chancellor Susan Lea in front of floral tributes that were laid in memory of Ms Squire around a tree on the campus.

‘They just want to show their respects. You can see from the tree, all of the flowers and the tributes. That’s what want to do just show how much we care.’

Ms Squire was dropped off near her house at 11.29pm on February 1 and was last seen walking in a nearby road at 12.05am wearing a black skirt, black leather jacket and distinctive trainers.

Russell and Lisa Squire, the parents of missing student Libby Squire, made an emotional appeal for information in helping to find her soon after she went missing

Ms Squire’s body was found in the Humber Estuary on March 20. Pictured is a lifeboat near the scene

CCTV captured her walking towards the nightclub earlier in the evening, with cameras also capturing her on a bench near her home.

On March 20, Humberside Police revealed that a body had been recovered from the Humber Estuary, in close proximity to Grimsby Docks.

The RNLI launched from Cleethorpes at about 2.30pm and brought the body to the quayside, where there was a large police presence.

A spokesman for the RNLI said at the time: ‘Lifeboat crews from the RNLI’s Humber and Cleethorpes stations launched at 2.30pm this afternoon to a report of a casualty in the water.’

Moments prior to Ms Squire’s disappearance she was spotted on a security camera near a bench on Beverley Road, where a motorist stopped to offer her help.

And a woman living in a street close to Ms Squire’s home later said she heard a scream which she said ‘sounded like someone being attacked’.

The woman said the ‘nature’ of the noise – heard in the early hours – had shocked her as ‘they don’t normally get women screaming like that’ on her street.

The woman said the area was filled with mainly students who were often loud at night. 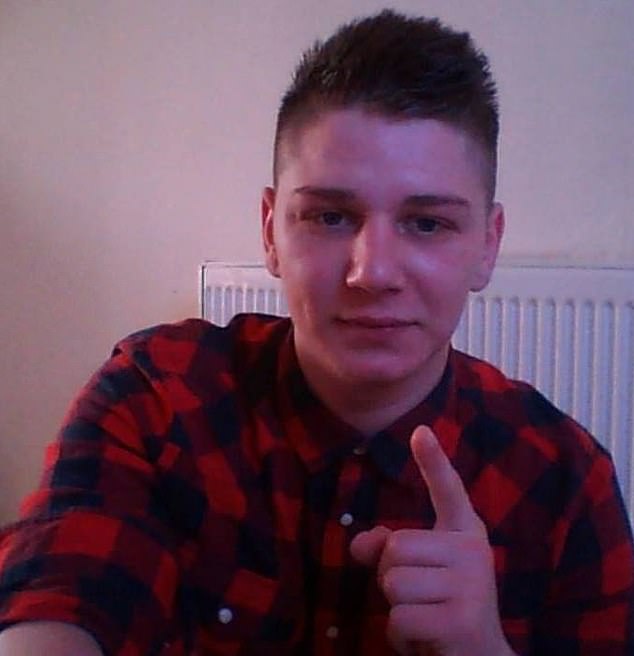 Polish butcher Pawel Relowicz, from Hull, is still believed to be under investigation, although he has never been charged in relation to her disappearance

Timeline of Libby Squire’s disappearance, from February 1 up to today

January 31: Ms Squire is dropped off in a taxi near her home on Wellesley Avenue at 11.29pm and is seen 10 minutes later on CCTV near a bench on Beverley Road, where a motorist stopped to offer her help.

February 1: She is believed to have remained in the area until about 12.09am. She is reported missing and officers begin an intensive search for the student.

February 5: Around 200 students and staff gather in the rain at the University of Hull to show solidarity and support for Ms Squire, her family and friends.

February 6: Pawel Relowicz, 24, is arrested at an address in Raglan Street in Hull on suspicion of abducting Ms Squire.

Earlier in the day, her parents Lisa and Russ issue a statement thanking the public for their help and say they have been ‘overwhelmed with people’s kindness and support’.

February 7: Officers take to the streets around where Ms Squire was last seen a week earlier to hand out leaflets and drive around a large screen displaying images of the student, as the search continues.

He remains under investigation following his earlier arrest on suspicion of abduction.

February 28: Police admit it is increasingly likely Ms Squire ‘has come to harm’.

Detective Superintendent Martin Smalley, leading the investigation, says his team has followed up hundreds of leads and carried out intensive searches yet her disappearance remains ‘unexplained’, adding: ‘We must increasingly consider she has come to harm.’

March 7: Relowicz appears in court charged with seven further unrelated offences, including two counts of burglary, two counts of voyeurism, two counts of outraging public decency and one of receiving stolen goods in connection with seven alleged incidents committed between 2017 and 2019 in Hull.

March 20: Humberside Police say a body has been recovered from the water in the Humber Estuary but add that it is too early for any identification or confirmation of gender to be made.

March 21: Humberside Police say a post-mortem examination has confirmed that the body recovered is that of Ms Squire, and her family has been informed.

April 30: Police confirm her body has still not been released.