The family of a man, who was jailed for murdering Korean student Jong Ok Shin in Bournemouth 16 years ago, is planning to launch a fresh appeal after two of the key witnesses at his trial retracted their statements.

Amie Benguit, who has spearheaded the campaign for the release of her brother Omar, is consulting lawyers after a BBC investigation tracked down two former drug addicts, who claim they were ‘encouraged’ by the police to falsify evidence.

BBC Three journalist Bronagh Munro told the Mail Online: ‘If it was my brother convicted on the words of these addicts that I have spoken to, I would be disillusioned and disappointed with the justice system.

‘We have found inconsistencies and contradictions that raise serious questions about the safety of Omar’s conviction. We haven’t found any evidence that Dorset police acted in a wide conspiracy – or framed Omar.

‘But we have found a suspicious pattern of behaviour surrounded one particular officer, because of how the evidence was gathered and how it began to change. We would ask that to be looked at.

‘The memories of the addicts are shaky, and it would be tough to prove police wrong doing here. But we would ask that these accusations be looked at and investigated thoroughly by the IPCC or the appropriate authority.’

The investigation into the murder of Jong-Ok Shin, 26, known as Oki, who was brutally stabbed to death as she walked home after a night out in Bournemouth in 2002 was complex as many of the witnesses were addicts.

It was only after three trials that Benguit, 39, a heroin addict and petty crook, was jailed for life in 2005. He has always maintained his innocence although two previous appeals, at the Court of Appeal in 2005 and 2014, have been rejected.

Munro believes that police should do more investigation into double murderer Danilo Restivo, known as the ‘hair fetishist’, who lived in Bournemouth at the time of the murder.

He was jailed for life in 2011 for the horrific murder of his neighbour Heather Barnett, after he bludgeoned her with a hammer, cut her throat and mutilated her body, leaving a clump of someone else’s hair in her hand. Months later he was convicted in his absence of a similar ritualistic slaughter of a 16-year-old girl in his home time of Potenza in 1994. 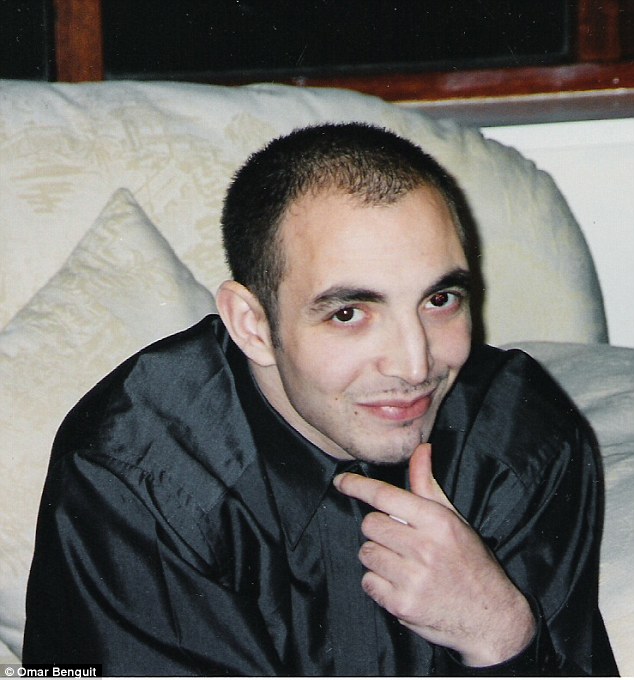 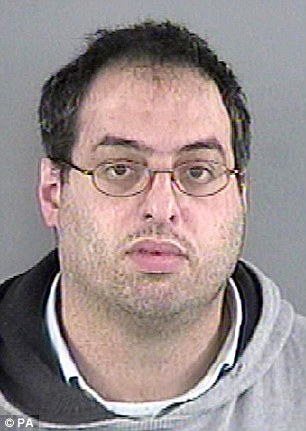 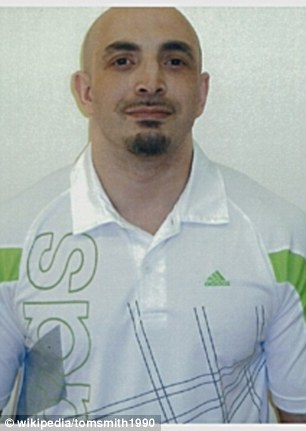 BBC journalist Bronagh Munro believes that police should do more investigation into double murderer Danilo Restivo (left) known as the ‘hair fetishist’, who lived in Bournemouth at the time of the murder that Omar Benguit (right) was convicted for

‘It is important to investigate the Restivo angle more fully,’ added Munro. ‘All of the victims were killed on the 12th of the month. They were all small dark-haired women attacked from behind. In all the attacks a bladed instrument was used.’

According to the main prosecution witness at Benguit’s trial, who was a heroin user and prostitute, he and two other men flagged down her car on the night of the murder. She claimed that she drove Benguit close to the spot where Oki was killed, and he later returned with blood on him.

But Benguit’s defence team examined footage from a CCTV camera trained on the road close to the murder scene and found no trace of her car 20 minutes either side of the time she claimed – although appeal judges concluded that it couldn’t be discounted that one of the cars was her car. 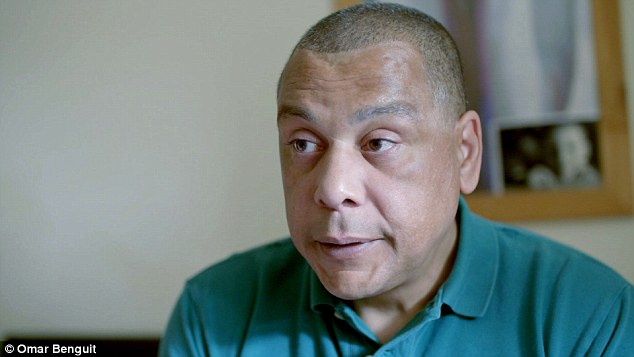 Speaking in the documentary, Omar Benguit said he’d rather die in jail saying he didn’t do the crime than be free 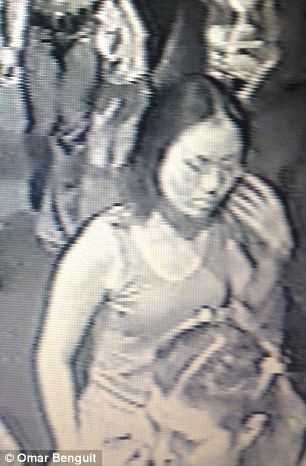 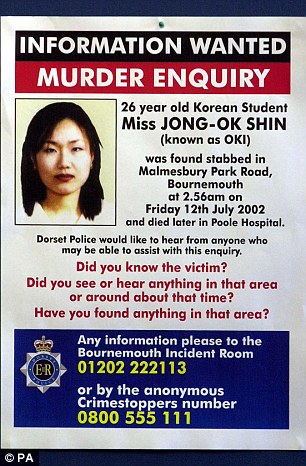 Now, Munro, has discovered new evidence that suggests that Benguit’s conviction could be unsafe. Leanne Mayers, a former drug addict, and Joan Sheridan, who ran a crack den, claim they manipulated their statements to stay on the right side of the police.

Mayers, 33, a childhood friend of Benguit, who is in prison serving a 12-year sentence for robbery, has now admitted that she did not see Benguit with a six-inch knife ‘with serrated teeth’ as she claimed in her police statement.

In a letter from prison she wrote: ‘I remember the knife was about 3 inches, I don’t remember it having serrated teeth, the police encourage me to change the description.’

She added: ‘I’ve carried around a lot of guilt because of my actions and involvement in getting Omar sent down for a crime he DID NOT do. Even though Omar was a petty criminal he was quite a shy and timid person. I remember thinking how out of character it would be for him to even be capable of murder.

‘I don’t know where to start, I was not in a right state, I was young, dumb and easily manipulated. The police would say to me things like, “if you don’t give evidence he could get out and rape and kill your little sister”. 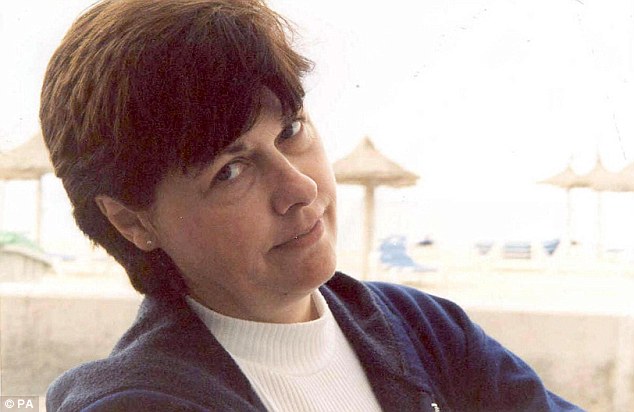 Restivo was jailed for life in 2011 for the horrific murder of his neighbour Heather Barnett (pictured)  after he bludgeoned her with a hammer, cut her throat and mutilated her body

‘I’ve carried round guilt and questions for years Omar. I’m so sorry babe. I’m gonna give an interview and tell the truth. I’m 33 years old and a lot wiser now, I can’t apologise enough Omar, but I will not be intimated by the police this time……. I ‘m going to do the best I can to prove you are INNOCENT.’

Equally Joan Sheridan, a drug dealer, who ran the crack house, changed her evidence as the investigation went on. It was only in her third – out of five statements – that she admitted knowing anything about the murder, claiming that Benguit had turned up that night covered in blood.

She told Munro: ‘I had to keep the police off my back, didn’t I? I was selling the bleeding drugs, so if I’d have gone against them that would have been me, number one enemy.

‘I feel terrible, I feel disgusted in myself. You know what I mean. Someone should not be locked up for something they never done. I’ve regretted the day I ever stood up in that court. Terrible. But I was on drugs. And the police convinced me that he’d done it.’ 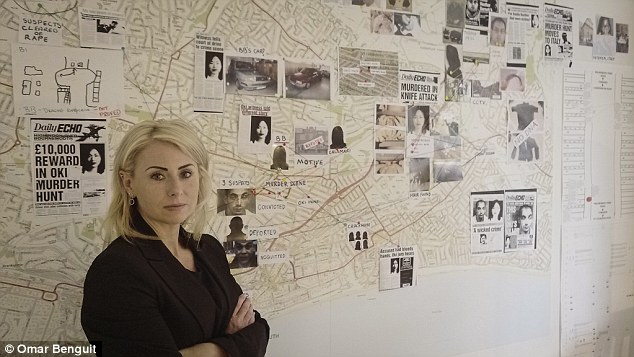 BBC Three journalist Bronagh Munro has investigated the case for Unsolved: The Man With No Alibi, which airs tomorrow 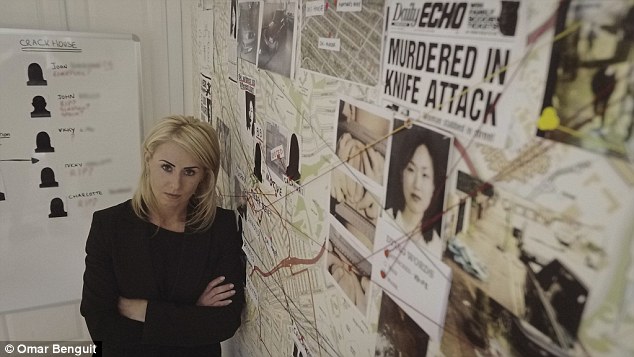 Munro, has discovered new evidence that suggests that Benguit’s conviction could be unsafe

He said: ‘Aspects of this case have twice been scrutinised by senior judges at the Court of Appeal. During neither of these appeals were allegations made of officer wrongdoing and nor was it concluded that someone else other than Omar Benguit was responsible for the brutal murder of Jong-Ok Shin.

‘We fully support all the officers who were involved in this case and thank them for their professionalism and diligence in helping to bring a safe conviction against Omar Benguit. As always, our thoughts are with Oki’s family and friends who remain devastated by their loss.’

Unsolved: The Man With No Alibi starts tomorrow on BBC Three via iPlayer (Sunday).