New Army recruit, 23, gets his first haircut in 15 YEARS so that he can enlist in the military

Moment new Army recruit, 23, gets his first haircut in 15 YEARS so that he can enlist in the military

A 23-year-old Army recruit got his first haircut in 15 years so that he could enlist in the military.

The Salt Lake City Army Recruiting Battalion shared a video showing the moment that Reynaldo Arroyo, 23, of Riverside, California, got his haircut for the first time in 15 years.

Arroyo, wearing his hair in a long ponytail with multiple elastics holding the dark strands together, said Thursday that he had moved to Missoula, Montana, and was ‘really excited to be enlisting in the Army.’ 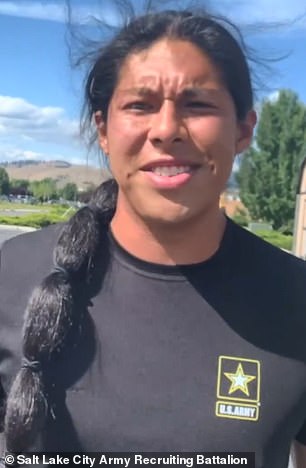 Reynaldo Arroyo, 23, was shown getting his first haircut in 15 years on Thursday so that he could enlist in the Army as an infantryman 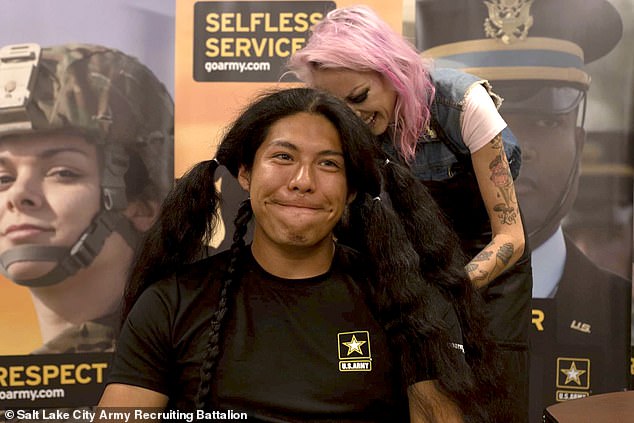 Throughout the video of his haircut, Arroyo could be seen grimacing and laughing

But, before he could do so, he would need to get his hair cut so that his appearance would conform to the Army’s rigid code for men’s hairstyles, which includes the fact that hair isn’t allowed to touch shirt collars or cover the eyebrows or ears when combed.

A time-lapse video then shows Arroyo sitting in a barber’s chair with small little ponytails around the nape of his neck.

As the hairstylists saws the ponytails off, Arroyo can be seen grimacing and laughing. At one point, the hairstylist lays a cut-off ponytail in his lap.

The video continues with Arroyo getting the sides of his head shaved and ends with him revealing his new ‘do, while holding a Ziploc bag full of his hair. 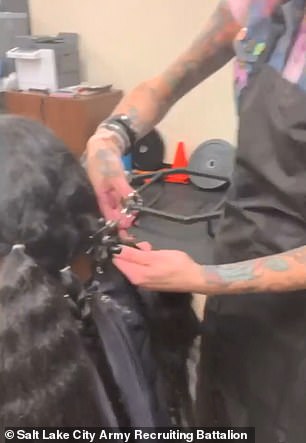 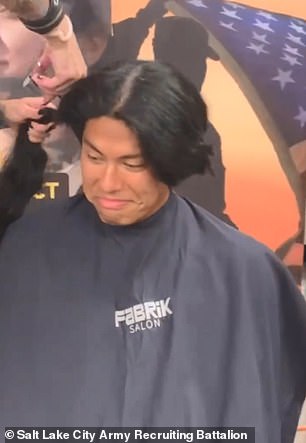 The time-lapse video showed his hair, gathered in small ponytails, as it was cut off 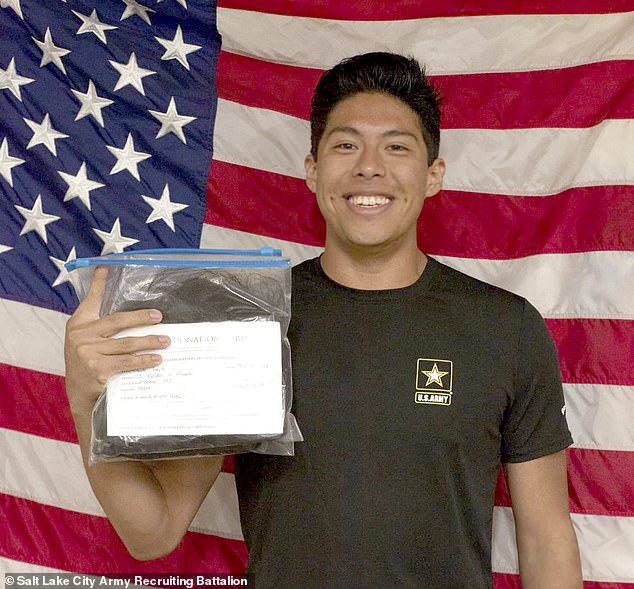 Arroyo was later pictured with his new hair cut, which conforms to Army regulations, while holding the hair that he was donating to the Locks of Love charity

The Salt Lake City Army Recruiting Battalion revealed that Arroyo would be donating his several feet of shorn hair to Locks of Love, a non-profit charity that collects donated hair for use in making free hairpieces for disadvantaged children suffering from alopecia or cancer treatment.

When asked about donating his hair, Arroyo said, ‘Hopefully some lucky little girl is going to get it.’

Arroyo enlisted at the Missoula U.S. Army Recruiting Station as an 11X Infantryman with Airborne.