Happy with the new boss then, Antoine? Griezmann leads Barcelona stars in high spirits as they head out for Quique Setien’s first training session after Ernesto Valverde was sacked despite being top of LaLiga

Quique Setien wasted no time in exerting his influence at Barcelona as the club’s new manager took training for the first time since being appointed.

Ernesto Valverde was sacked on Monday evening with the club top of LaLiga and in the last-16 of the Champions League.

But Setien, a disciple of Barcelona legend Johan Cruyff, was brought in following the club’s Spanish Super Cup loss to Atletico Madrid and he was quick to get to know his players in an early morning training session. 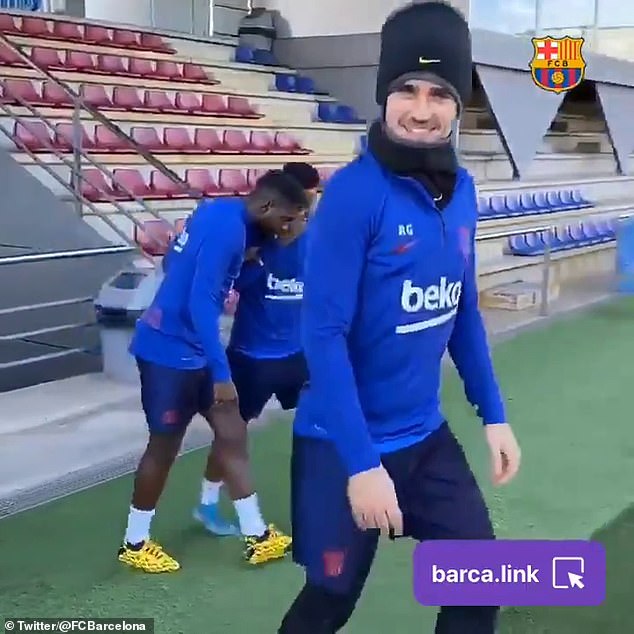 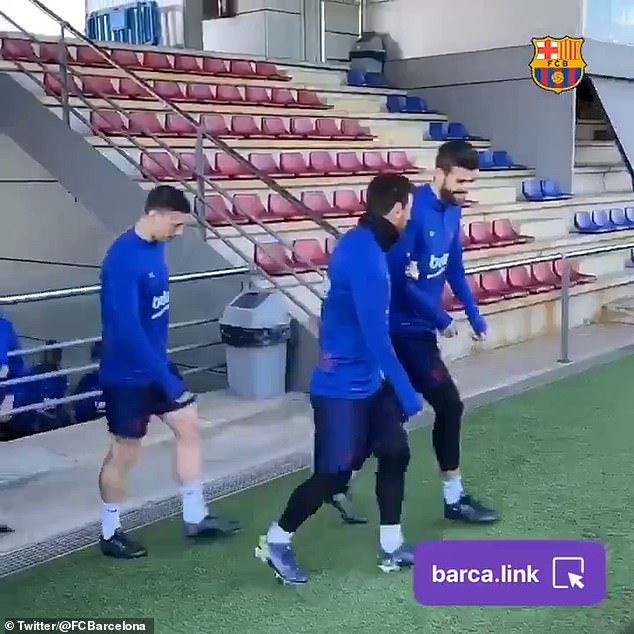 Players were all smiles as they emerged onto the training pitch, with one eye on their upcoming home game against Granada.

The Spanish minnows stunned Valverde’s Barcelona back in September with a 2-0 win and it was one of a number of matches that tainted Setien’s predecessor.

Antoine Griezmann gives a smile to the camera while Gerard Pique and Lionel Messi and seen sharing a joke ahead of Setien’s first session as manager.

This is far and away the biggest job in the 61-year-old’s management career as he inherits a side on course to win a third successive title.

After training concluded on Tuesday, he faces a busy schedule of commitments.

He was to head to a contract signing in the President box before a photo session on the pitch at Nou Camp later in the afternoon.

A press conference would then be held where he will address the media for the first time since his surprise appointment. 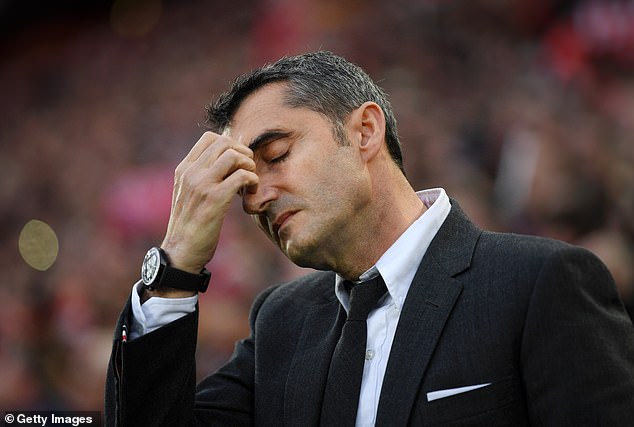 Setien is far from a glamorous appointment to replace the increasingly unpopular Valverde.

But what he will bring is a return to Barcelona’s long-standing Cruyff-style of play.

The self-confessed disciple of Cruyff once said: ‘I would have given my little finger to have played in Cruyff’s Barca team’ upset fans at his previous club Betis when, while still their manager, he said that, ‘of course he would like to coach Barcelona one day’.

He took Betis into Europe two seasons ago and got the better of the man he replaces leading Betis to a 4-3 over Ernesto Valverde’s Barça last season.