Nicola Sturgeon was dealt a fresh blow today as Germany’s ambassador to the UK suggested an independent Scotland would have to adopt the euro inside the EU.

Miguel Berger pointed to how countries that have already applied to join the bloc –  such as Albania, Moldova, North Macedonia, Montenegro and Serbia – all knew they would have to adopt the single currency.

His comments threatened to further derail Ms Sturgeon’s push to break up the UK.

The Scottish First Minister has previously insisted that, if Scotland was to vote for independence, it would be able to rejoin the EU.

But the SNP leader has conceded joining the euro would not be the ‘right option’ for her country.

She has instead laid out plans for Scotland to have its own currency within five years of leaving the UK.

Mr Berger’s suggestion that Scotland could not be an EU member without adopting the euro will be seized on by Ms Sturgeon’s opponents as the latest unravelling of her independence proposals.

The First Minister last month saw the Supreme Court reject her bid to hold another independence referendum without prior approval from Westminster.

Miguel Berger, the German ambassador to the UK, pointed to how countries that have already applied to join the EU all knew they would have to adopt the euro single currency 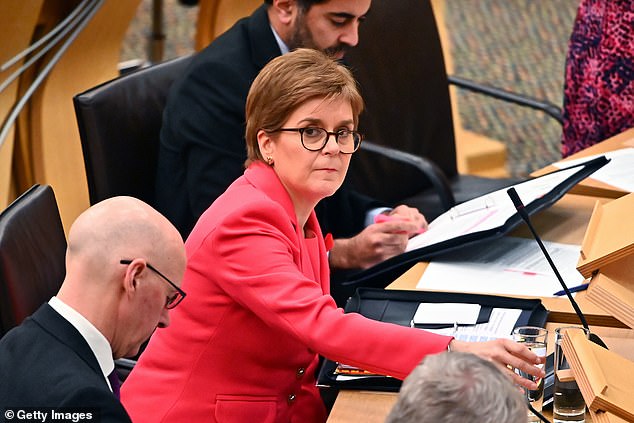 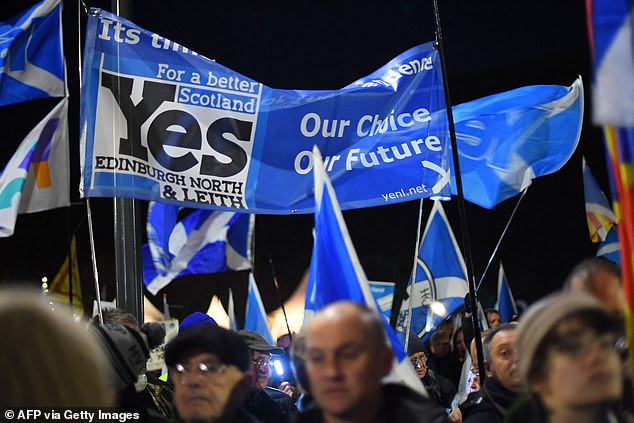 Speaking to Sky News’ Sophy Ridge On Sunday show, Mr Berger stressed he did not ‘want to get into an internal question’ about British politics.

But the German ambassador added: ‘Let me put it like this; every country that is joining the EU – we are currently negotiating with some countries in the Western Balkans – knows that they have to introduce the euro.’

Mr Berger also welcomed recent speculation that the UK Government could pursue a Swiss-style relationship with the EU in fresh discussions over post-Brexit trade arrangements.

Despite Prime Minister Rishi Sunak having recently dimissed such reports, the German ambassador said: ‘We don’t have to go into the details of the Swiss model.

‘But that the Government or parts of the Government are thinking about how to have a better and closer relationship with the European Union is something that we see very positively.’

He added: ‘In Germany obviously there is a lot of interest in having the UK as close as possible to Europe and to Germany.’

Mr Berger described an ‘openness to engage’ with the EU from Mr Sunak and said he was ‘cautiously optimistic’ of a deal to end the current dispute between the UK and Brussels over the Northern Ireland Protocol.

In October, the Scottish Government released a new paper setting out its economic proposals for an independent Scotland.

It proposed an independent Scotland would ‘continue to use the pound sterling for a period before moving to our policy of adopting a Scottish pound’ to be managed by a Scottish central bank.

Ms Sturgeon also reiterated her wish for an independent Scotland to become an EU member, but she denied this would put her country on course to adopt the euro.

‘Put aside my preferences for a minute, I don’t think Scotland would qualify automatically to join the euro,’ she said.

‘I don’t think it is the right option for Scotland.’