Thousands of jobs are set be lost at ground handling giant Swissport as a result of the impact on air travel caused by the coronavirus crisis.

The company told staff on Wednesday that up to 4,556 jobs could be cut – more than half its UK workforce.

Chief executive Jason Holt said the company had to reduce the size of its workforce to survive.

Swissport has announced over half of its 8,500 UK jobs will be cut after the coronavirus pandemic, their sign at Stansted Airport was still up today

The collapse in air travel means its revenue is forecast to be almost 50% lower than last year.

Swissport operates at airports across the UK, including Heathrow and Gatwick, which are among those badly hit by the crisis.

Mr Holt said in a message to staff: ‘We must do this to secure the lifeline of funding from lenders and investors to protect as many jobs as possible in the United Kingdom and Ireland.

‘It’s true that we’ve seen tough times before – volcanic cloud, 9/11, the financial crisis – and we’ve weathered these. But this time it’s different. We have never seen anything like Covid-19 in our lifetimes.

‘We are now facing a long period of uncertainty and reduced flight numbers, along with significant changes taking place to the way people travel and the way goods move around the world. There is no escaping the fact that the industry is now smaller than it was, and it will remain so for some time to come.’ 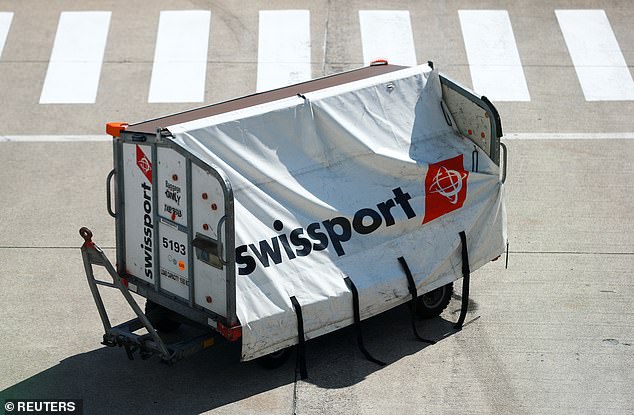 During the coronavirus pandemic it furloughed 6,000 members of staff who could not work during the lockdown.

Unions said the announcement was ‘devastating’ news, especially for regional economies, and highlighted their call for the Government to offer help to the aviation industry.

Nadine Houghton, national officer of the GMB, said: ‘With Swissport now considering job cuts on this scale we have deep concerns about the viability of many of our regional airports and the benefits for regional connectivity that they bring.’

Oliver Richardson, national officer of Unite, said: ‘We can’t wait any longer, the UK Government needs to urgently intervene with a bespoke financial package and an extension of the 80% furlough scheme for the aviation industry. 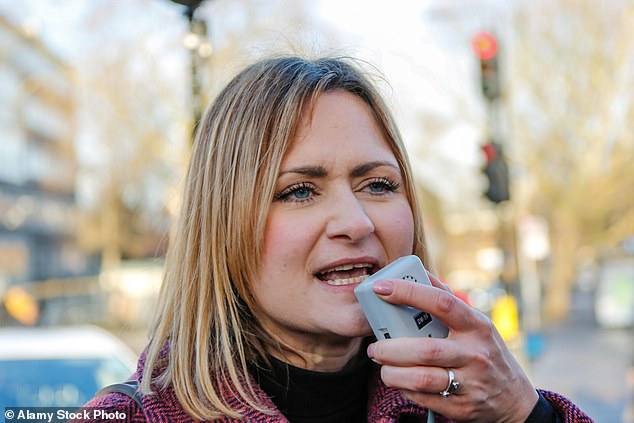 Nadine Houghton, national officer of the GMB, said it had deep concerns about the viability of aiports after news of the job losses were revealed

‘Speed is of the essence if the Government is to save thousands of aviation jobs and livelihoods.’

The Airport Operators Association, the voice of UK airports, said up to 20,000 jobs were now at risk – with it feared to spark losses of more than 110,000 roles.

A spokesperson said: ‘The COVID-19 crisis has brought international aviation to a near-standstill, in the worst drop-off in traffic levels the industry has ever witnessed. Today, the Airport Operators Association is calling for the UK Government to take robust action to support the UK’s beleaguered aviation sector, in the wake of large-scale expected job losses at airport campuses across the country.

‘AOA analysis of its member airports suggests that up to 20,000 jobs are now at risk at airport operators, as the full effects of the pandemic on the global airline community begin to be felt. Future airline scheduling and passenger numbers are forecasted to be significantly lower year-on-year.

‘The effect the downturn in traffic at UK airports has on the businesses and wider community around the sites cannot be underestimated. Airports operators only directly employ a small proportion of people working at an airport and many other jobs are supported by activity linked to UK airports. Given this multiplier effect, the total potential job losses expected across all UK airports and their local business communities is likely to exceeds 110,000.’