New drug that saves ‘at risk’ youngsters from heart attacks

A breakthrough drug could save dozens of Britons from being struck down at a young age by a sudden heart attack.

A genetic condition is responsible for the sudden deaths every year. Among the victims was 11-year-old Rianna Wingett, who died on her school sports field.

The medication works by blocking a chemical process in the body responsible for producing cholesterol which, in large amounts, can clog up arteries, causing cardiac problems.

Rianna Wingett, left, pictured with her sister Rebecca, right, died at the age of 11 of Familial hypercholesterolemia which is estimated to affect more than 120,000 Britons 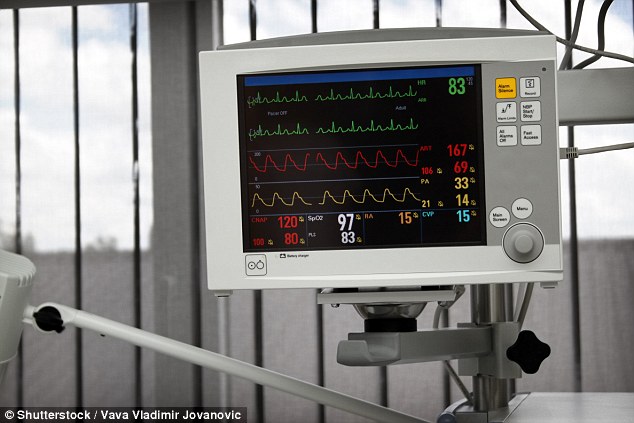 The medication works by blocking a chemical process in the body responsible for producing cholesterol which, in large amounts, can clog up arteries, causing cardiac problems

The inherited genetic condition, familial hypercholesterolemia (FH), causes overproduction of cholesterol up to ten times the healthy amount. It is estimated to affect 120,000 Britons and is responsible for more than 600 heart attacks, mainly in young people.

There are two types of FH. Heterozygous affects people with one copy of the faulty gene, while the more severe form, homozygous, involves two faulty genes, inherited from both parents.

Rianna was affected by the latter and the breakthrough drug lomitapide is specifically targeted at those with homozygous FH.

Her father John said that a post-mortem carried out following Rianna’s death in Essex in 2009 showed that most of her coronary arteries were so blocked ‘the gap left for the blood to flow through was no bigger than a pinhole’.

Her mother, Amanda, 51, added: ‘She’d never complained of anything – no breathlessness or pain.’

Youngsters with homozygous FM have a life expectancy estimated at just 45 years. If they have children, there is at least a 50 per cent chance of passing on the condition.

Cholesterol is a fatty substance produced mainly by the liver, but it also found in some foods. It is needed in moderate amounts for normal bodily functions.

The genetic fault of FH leads to the liver sending out vast amounts of LDL, and excess amounts then accumulate in the arteries.

Once genetic testing diagnoses FH, patients are advised not to smoke, to adopt a low-fat diet, and to exercise.

Drugs that limit or absorb cholesterol in the body, such as statins, may be prescribed. However, most patients go undiagnosed until their teenage years, when cholesterol has reached such a level that these drugs are unlikely to work.

Instead, they may be forced to rely on lipoprotein apheresis, in which cholesterol is filtered out of the blood by a machine during twice-weekly trips to hospital.

Lomitapide slashes cholesterol by 40 to 50 per cent, in some cases 70 per cent, saving patients from repeated hospital visits. In clinical trials, half of homozygous FH patients taking the pill daily for 26 weeks saw their cholesterol reduce to a healthy level.

Lomitapide has been a lifeline for teacher Cindy Evans, who inherited FM from her father. He died after a heart attack, aged 42.

Now 42 herself, Cindy, from Lightwater, Surrey, was offered the drug in a medical trial as a last chance after apheresis stopped working.

Since taking lomitapide, with a combination of monthly apheresis, her cholesterol levels are now under control, enabling her to enjoy playing badminton again.

She said: ‘It’s a miracle. I never imagined I would have my cholesterol levels below the target level.’

Developed by UK firm Amryt Pharma, the drug was granted NHS funding last month and will be available to patients in all trusts.

Dr Handrean Soran, a consultant endocrinologist in Manchester, said: ‘This is a vital step in ensuring these patients have access to a new effective treatment.’