A judge has denied Shari Redstone’s attempts to keep some evidence in the lawsuit filed by her father’s ex.

Manuela Herzer is looking for $100million in damages in a complaint that accuses Shari and her son ‘conspired’ to seize control of Sumner Redstone’s media companies CBS and Viacom.

The ruling in California means explosive emails between the mother and son, Tyler Korff, have been made public. 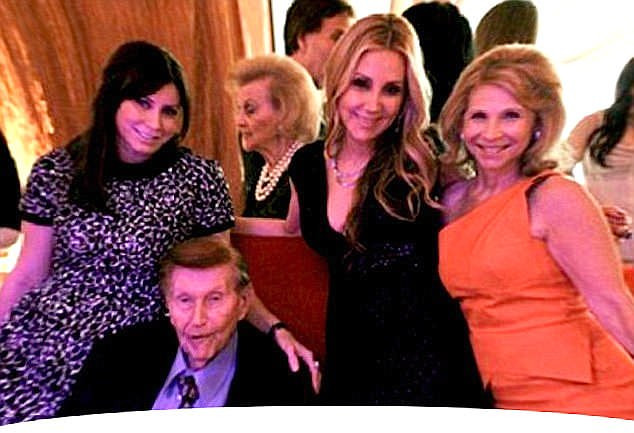 Sydney Holland (top left) and Manuela Herzer had served as Redstone’s live-in companions, but were accused of elder abuse in 2016 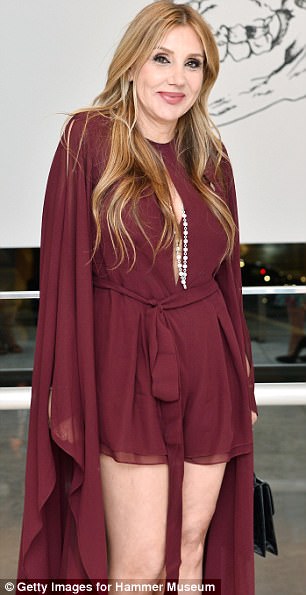 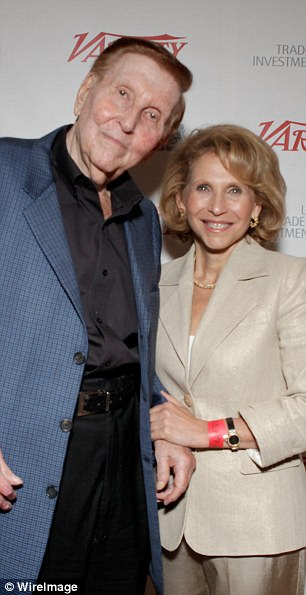 Herzer, 53, claims Shari, 63, ‘methodically hatched a criminal scheme’ to take over the billionaire’s life in a bid to gain control of CBS and Viacom. Shari, who has had an estranged relationship with her father, currently serves as the vice-chairwoman of CBS and Viacom 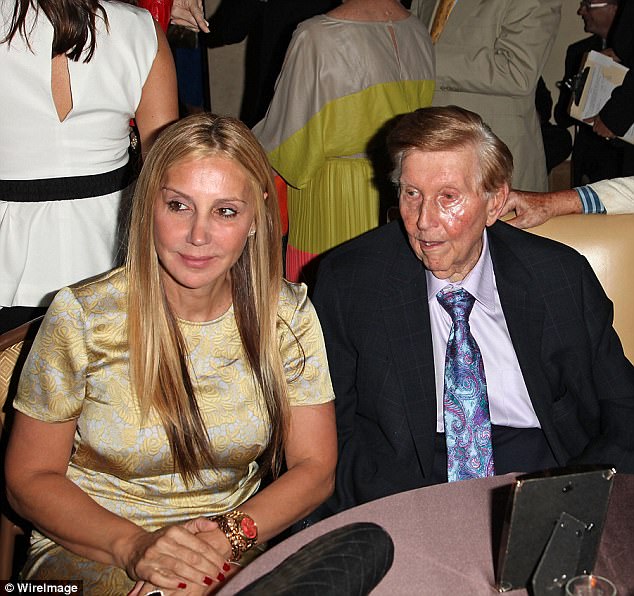 In documents seen by the New York Post, Shari emailed her son in October 2015, saying: ‘[I]t would be good if we could get him to undue [sic] all of the legal documents, letters and affidavits that he has done against me.’

In July, she had emailed him again, this time saying: ‘Your grandfather says I will be chair over his dead body.’

Sumner Redstone, 94, served as the executive chairman of both media companies until 2016, when he resigned due to his health.

In court papers filed in October and obtained by DailyMail.com, Herzer accuses Shari and her two adult sons of ‘aiding and abetting’ with the ailing media magnate’s nurses to eavesdrop on her private conversations, steal documents from her computer, and manipulate security cameras to spy on her and Redstone.

One of Shari and Tyler’s lawyers Rober Kliger dismissed the new information and told he New York Post: ‘It’s worth noting the critical difference between unsworn allegations and under-oath testimony.

‘Soon she’ll be left with nothing but Judge Judy and “The People’s Court”. We’ll save further comment for when the case is dismissed.’

The original complaint, seen by DailyMail.com, read: ‘To accomplish her scheme, she knew that she needed to forcibly separate Sumner Redstone from those whom he cared about, loved, and trusted, including especially plaintiff Manuela Herzer.

‘Shari and her adult children formed this illicit enterprise to destroy all of the historical relationships that Sumner Redstone had built up over the course of his career, in direct contravention of his documented wishes.’

Herzer claims Shari and her children paid monetary bribes to Redstone’s caretakers, nurses Jeremy Jagiello, Joseph Octaviano, Igor Franco, and Faleolo Toia, and even his personal secretary at Viacom, to encourage them to make the false statements to Sumner.

Herzer had been the appointed co-agent in Redstone’s Advance Health Care Directive with Power of Attorney, making her a ‘target’ for Shari.

Shari, who currently serves as vice-chairwoman of CBS and Viacom, has had a strained relationship with her father, and was snubbed from becoming his successor after the company’s board of directors named Philippe Dauman as the new chairman.

Herzer has claimed that Shari has been trying to drive her out of Redstone’s life, despite the fact that billionaire allegedly did not want his daughter involved in his affairs.

Court papers show an email excerpt that Shari allegedly sent to her son reading: ‘why would I ever give [Sumner] his dying wish of peace when he never gave me any peace during my whole life.’

Another excerpt showed Shari allegedly telling her children: ‘I have come to the conclusion that there is absolutely nothing that I can do. . . . We would not win a lawsuit to get rid of S[yndey Holland] and M[anuela Herzer]. And that would not necessarily be the right thing to do. . . . [U]ltimately your grandfather made the decisions that he made. I just called . . . and all he kept saying was leave Sydney and Manuella [sic] alone. he said it 100 times’

Herzer’s suit comes a year after the 94-year-old sued her and his other companion, Sydney Holland for $150million, accusing them of elder abuse.

That lawsuit alleged that both women convinced Redstone to sell his vested stocks in 2014 and then had him deposit $45million into each of their bank accounts.

She is now calling that allegation a ‘flat out lie’ 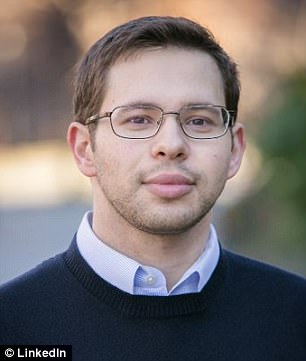 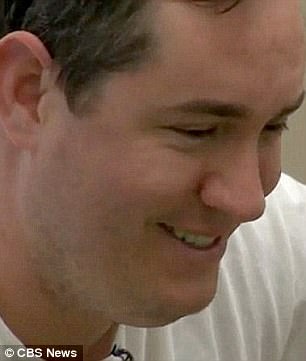 The lawsuit claims Shari Redstone and her son Tyler Korff (left) bribed Redstone’s nurses (pictured right, nurse Jeremy Jagiello) and his personal secretary to encourage them to make the false statements about Herzer to Sumner

Herzer, who is 41 years Redstone’s junior, had been living in his mansion after he reportedly invited her and her children to move in 2014, but was kicked out of the home a year and a half later.

At the time, Herzer claimed Redstone was not capable of acting in his ‘own rational self-interest.’

In fact, she claims Shari took advantage of Redstone’s health, by putting her scheme ‘into motion’ after illness affected his ability to speak.

‘By using the information and knowledge that they had unlawfully obtained, beginning in September 2014 and through 2015, as Sumner’s physical health began to decline, Shari Redstone and her family co-conspirators incentivized and directed the nurses to defame and discredit Herzer by presenting Sumner on a daily basis, with a litany of lies and falsehoods about her and her actions.

‘Their goal was to brainwash and cause him in his weakened mental state to believe (falsely) that Herzer had lied to him,’ court papers state.

After Herzer was evicted from Redstone’s home, Shari became his healthcare directive and power of attorney, and removed Manuela from his estate plan and the Board of the Sumner Redstone Charitable Foundation, according to the suit.

Herzer is now asking for $100 million in damages as well as ‘treble damages as provided for under RICO.’