New England Patriots quarterback Tom Brady apparently no longer has to worry about the stitches in his throwing hand as he gets ready for Super Bowl LII against the Philadelphia Eagles.

Brady had an appointment earlier this week to remove the 12 stitches on his hand, Ian Rapoport of NFL Media reported Sunday.

The stitches closed a gash that occurred when Brady accidentally struck teammate Rex Burkhead’s helmet in a backfield collision during practice 11 days ago. 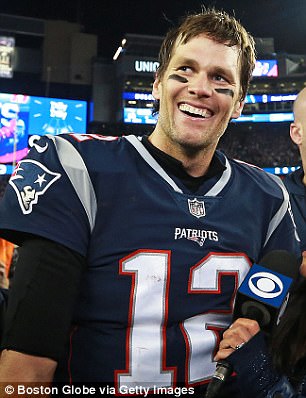 Tom Brady, quarterback for the New England Patriots, got 12 stitches on his right hand removed earlier this week. The procedure came before he faces off against the Philadelphia Eagles in the Superbowl on February 4 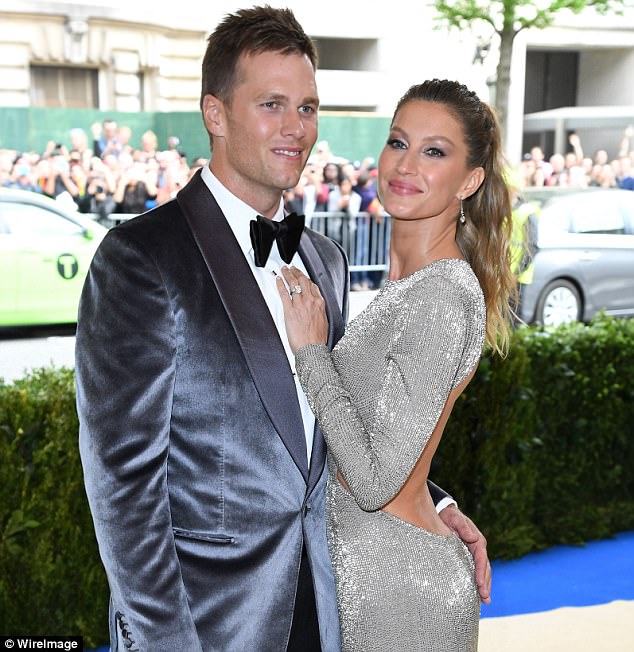 Brady has been married to Brazilian supermodel Gisele Bundchen since 2009. They are pictured together at the Costume Institute Gala at the Metropolitan Museum of Art in New York City on May 1, 2017

The 40-year-old Brady shook off the right hand injury and threw a 4-yard touchdown pass to Danny Amendola with 2:48 remaining to rally the Patriots back to the Super Bowl with a 24-20 comeback victory over the Jacksonville Jaguars in the AFC Championship last Sunday.

Brady’s wife Gisele Bundchen could’t contain her joy after the Patriots took the win, screaming with joy alongside her husband’s mother, Galynn, who missed most of her son’s last season because of her fight with breast cancer.

All week long before the game, Brady ducked questions from the media about his hand, but he played without noticeable limitation.

‘Well, I said, “We’ll see (if I play),”‘ Brady said while accepting the Lamar Hunt Trophy, awarded to the AFC champion, at midfield after last Sunday’s game. ‘So how’d it go?’

New England and Philadelphia will meet in Super Bowl LII on February 4 at U.S. Bank Stadium in Minneapolis.

The Eagles beat the Minnesota Vikings in the NFC Championship game. 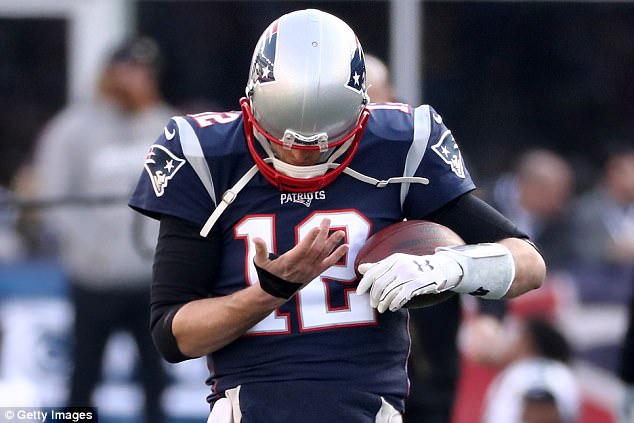 Brady looks at his right hand during warm ups before the AFC Championship Game against the Jacksonville Jaguars on January 21. The Patriots won, and so advance to the Super Bowl 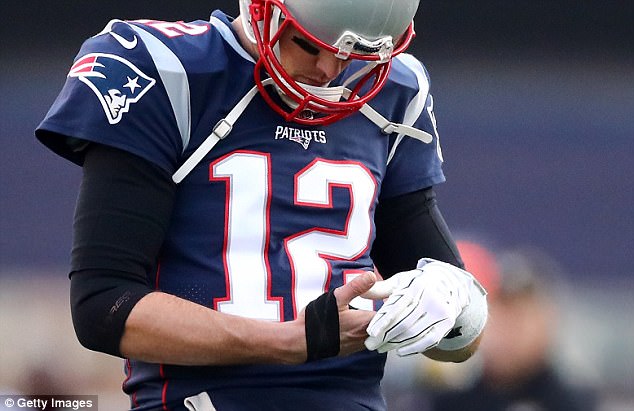 Brady accidentally struck teammate Rex Burkhead’s helmet in a backfield collision during practice 11 days ago, which caused a gash in his hand that required stitches 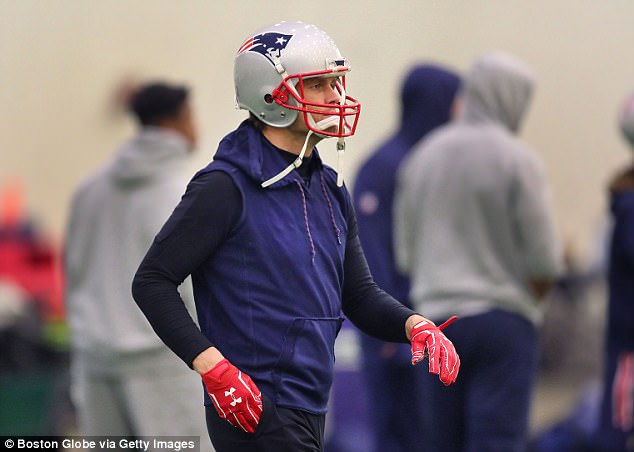 Brady walks with his right hand in his pocket during practice on January 26. Brady ducked questions from the media about his hand

The Eagles head to Minneapolis on Sunday while the Patriots will hold one more home practice before traveling to the Super Bowl site on Monday.

The Patriots have won their last three playoff games when they’ve been losing by more than 10 points, and as the fourth quarter went on it became more and more inevitable that they would eventually take back the lead.

Brady was voted Super Bowl MVP for a record-breaking fourth time last season after the Patriots’ overtime victory against the Atlanta Falcons.