‘I believe it is important to finish what you start’: New England Patriots star Julian Edelman fulfills a promise he made to his parents and gets a degree – thirteen years after starting college

New England Patriots wide receiver Julian Edelman delivered on a promise he made to his parents and graduated from college on Saturday.

The three-time Super Bowl champion received his degree at the commencement ceremony at Kent State University in Kent, Ohio.

Edelman was wearing the traditional cap and gown. He took the stage and embraced the school’s president, Beverly Warren, who then handed the NFL star his diploma.

The Pats star, who has emerged as one of Tom Brady’s favorite targets, left college early in 2009 to declare for the NFL draft. 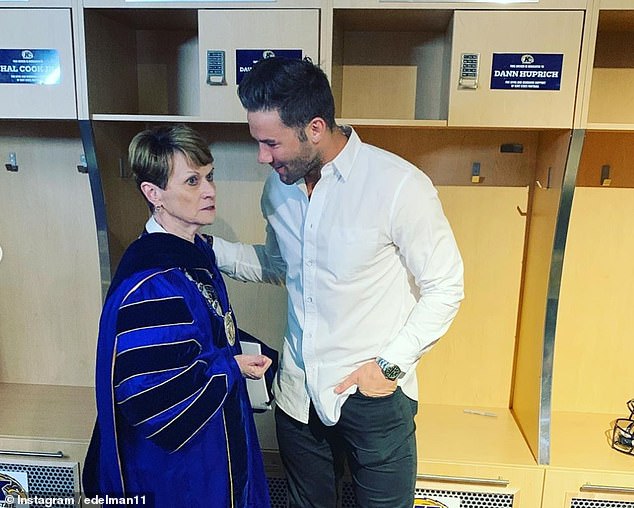 Edelman is seen right with the university’s president, Beverly Warren, on Saturday 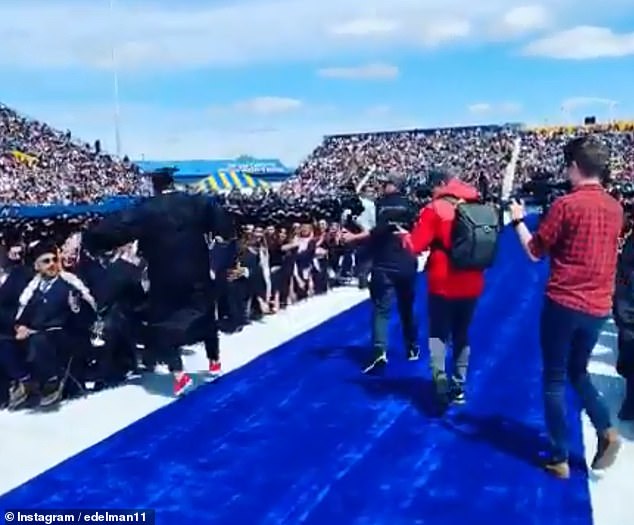 After receiving his degree, Edelman high-fived his fellow graduates at Dix Stadium in Kent, Ohio

Edelman was drafted by the Patriots in the seventh round with the 232nd overall pick.

In 2005, he enrolled in the College of San Mateo before transferring to Kent State for the 2006-2007 academic year.

Edelman was the first Kent State graduate on Saturday to receive his degree, according to WCVB-TV.

After receiving the diploma, he ran down the center aisle and high-fived fellow graduates who were seated at Dix Stadium. 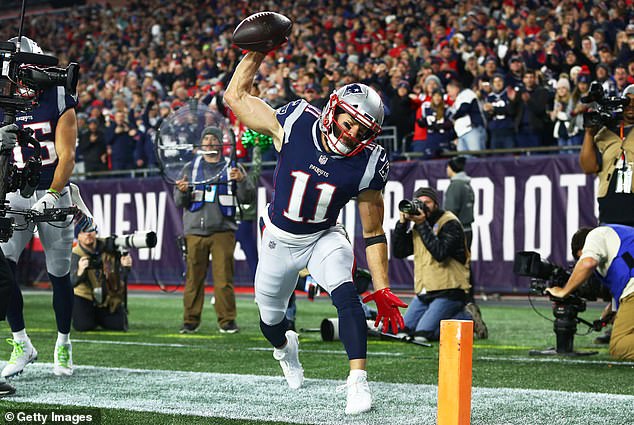 Edelman, the Super Bowl MVP, returned to college 13 years after enrolling. He is seen above after scoring a touchdown for the Patriots in a game against the Kansas City Chiefs in Foxborough, Massachusetts in October 2018 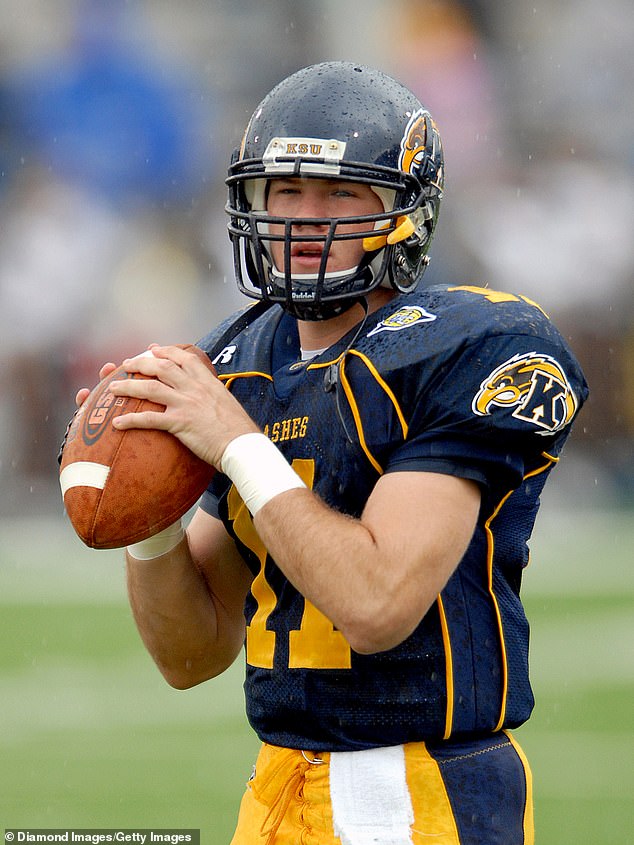 Edelman then posed for pictures with his parents in his cap and gown.

Earlier on Saturday, Edelman posted a photo of himself on Instagram playing football for Kent State more than a decade ago.

‘I believe it is important to finish what you start,’ Edelman wrote.

‘This Saturday, I will be walking with my fellow Kent State graduates.

‘Completing what I started back in ’06.

Tom Brady poked fun at his teammate on Twitter on Friday, tweeting in response: ‘Congrats on 14 years of college!!! That’s got to be another record you set!!’

‘It is important to me that I make my parents proud as I fulfill a promise that I made to them that I would, one day, be a college graduate.

‘I also want to set a great example for my daughter, so that when I talk about the importance of a college degree, I can show her that earning my degree was important to me.’

Brady poked fun at his teammate on Twitter on Friday, tweeting in response: ‘Congrats on 14 years of college!!! That’s got to be another record you set!!’