New forensic evidence suggests a young mother whose death was initially ruled as suicide may have been murdered, her family claim.

Nadine Haag, 33, was found dead in the shower of her Caste Hill apartment, in Sydney’s northwest, on December 4, 2009.

A note written in her own hand writing was found nearby, with police concluding the mother-of-one took her own life, but now an expert has reexamined the crime scene and concluded it wouldn’t be possible for her to have caused her own injuries.

Nadine’s family have never accepted that the mother, with no history of mental illness, died on her own accord, arguing the note, which read in part ‘…never stop loving, never stop living, never stop….I love you all,’ was written under duress.

It also included the line ‘he did it’.

Nadine, a mother-of-one, had no history of mental illness and was experiencing a custody battle with her former partner at the time of her death 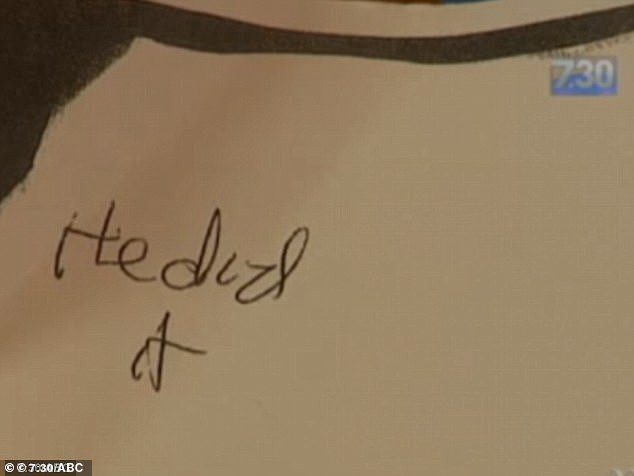 In 2013, after her family battled for the case to be re-examined, a coroner overruled the suicide finding, leaving the cause of death open – and her family still without answers.

In a bid to gain closure, world-leading crime scene expert and forensic analyst Scott Roder was asked to piece together the evidence to determine Nadine’s final moments.

After running experiments to replicate Nadine’s fatal injury and the state of the bathroom, Mr Roder believes she was attacked then the crime scene staged to look like a suicide.

‘The amount of blood that was documented at the scene was miniscule,’ Mr Roder told 7News Spotlight.

He said that if she had taken her own life in the way described, there would have been a significant amount of blood at the scene and that it was not consistent with her injuries.

Mr Roder, who has consulted in 1,500 cases since 2001, including the highly publicised murder of George Floyd who died at the hands of a Minneapolis police officer, said he has ‘never seen a suicide case’ like Nadine’s in 25-year career.

Mr Roder tried to re-enact the injury using a razor – which was found near Nadine’s body on a pig’s leg, but the weapon was incapable of inflicting the same wound.

It was only after using a knife, and applying pressure, that he was able to make the same deep gash. 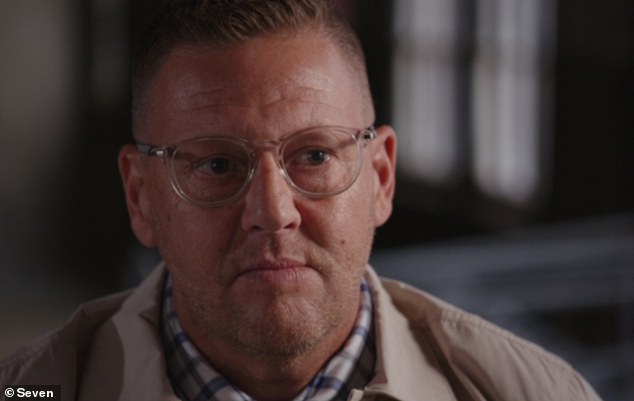 ‘It’s too painful and the angle that you had to cut at would require you to apply force that you really don’t have if you’re doing it to yourself,’ Mr Roder said.

The forensics expert concluded that it was highly likely someone else caused Nadine’s injuries, using another weapon.

The second experiment involved analysing the blood splatter found at the crime scene, which only included a transfer pattern stain of blood on the entrance edge of the shower stall and droplets on the floor.

Given the nature of her injuries, Mr Roder said there should have been blood all over the bathroom – which suggests it was cleaned up.

He added that the droplets on the floor were indicative of her being carried and placed into the shower.

Mr Roder also found a burn mark on Nadine – which had not been picked up during previous investigations – which appeared to be caused by heat.

He theorised the distinct egg-shaped mark was caused by the murderer leaving the hot water on at scolding temperatures for up to 15 seconds, to accelerate the blood flow – and death. 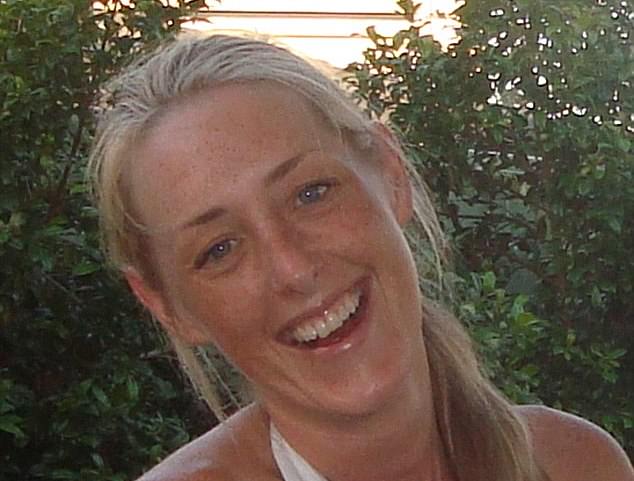 Nadine Haag, 33 (pictured), was found dead in the shower of her Caste Hill apartment, in Sydney’s northwest, in 2009 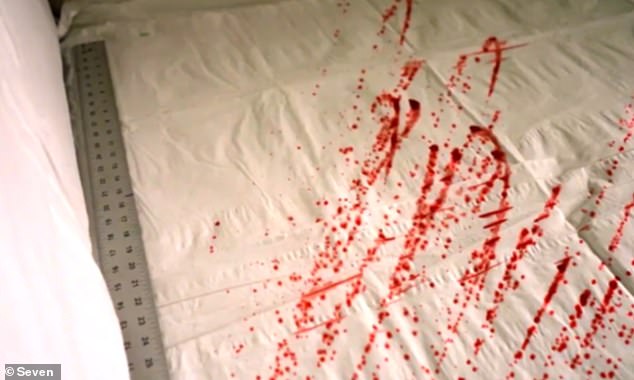 In one experiment (pictured), Mr Roder found Nadine’s injury should have caused blood spatter across the bathroom – which was not found

He believes the murderer soon realised it would leave an imprint, and switched the water to cold, as it was when Nadine was found.

Mr Roder’s new evidence will be provided to NSW Police, and he said would be happy to testify about his conclusions at any criminal trial should anyone be charged with her murder.

Nadine and her former partner were locked in a messy custody battle over their two-year-old child when Nadine was found dead.

The family commissioned an independent investigation into Nadine’s death which ultimately led to the coroner overturning the police ruling in August 2013.

The family said Nadine had a volatile relationship with her ex-partner.

A dress Nadine was wearing the day she died was never found, and towels and steak knives from her house were missing.

Nadine’s former partner has denied any responsibility for Nadine’s death.

Police confirmed there was no evidence placing him anywhere near Nadine’s apartment the day she died.

However, the coroner found Mr Guizzon ‘lied about his whereabouts’, claiming he was home all day when he was not, which ‘gave rise to real suspicion as to the possibility of his involvement in Nadine’s death.’