A new artificial intelligence that Facebook is calling the ‘universal product recognition model’ will look trawl through users’ photos to identify items so that products can be made ‘shoppable.’

The AI, which is being rolled out in tandem with a new ‘Shops’ feature will scan images uploaded by users on Facebook and use machine-learning to identify specific products – whether it’s clothing, electronics, or even cars.

For now the AI will be focused on Marketplace where it’s being used to scan photos of for-sale products uploaded by Facebook users.

‘We want to make anything and everything on the platform shoppable, whenever the experience feels right,’ Manohar Paluri, head of Applied Computer Vision at Facebook, told The Verge.

Facebook’s new AI is already scanning pictures uploaded to Facebook’s Marketplace section where users can list goods. It can identify different attributes of a product including, brand, color, material, and more

Facebook’s new AI won’t just be able to identify general products, it will be able to discern specific attributes of the products it crawls, including what the brand is, the size, or what material it’s made out of.

The tool, called GrokNet is already being use on its ‘Marketplace’ section where users are able to list items for sale.

Once an image is uploaded, GrokNet can suggest a title by examining what the product is.

As noted by The Verge, GrokNet is trained on 100 million images taken from Facebook Marketplace.

While the tool has an enormous database of images at its dispoable, The Verge notes that GrokNet’s accuracy still remains to be seen. 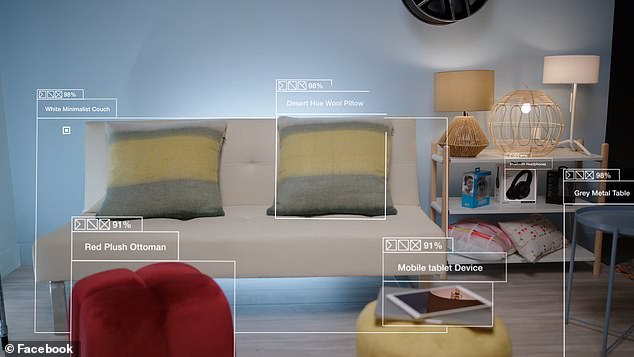 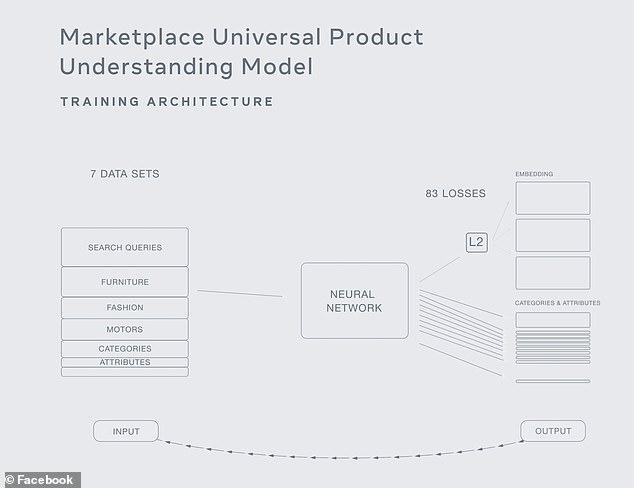 The platform says that GrokNet has 90 percent accuracy in identifying products in Facebook’s Home and Garden category but it hasn’t given metrics for accuracy outside of that section.

Facebook’s tool will complement similar announcements like the addition of a new feature called ‘Shops’ which displays product listings in catalog-like format.

Users can browse through collections of goods, save items and place an order using a checkout inside of the platform.