The 2,232-page bill included a section that bans employers from taking a cut of their employees’ tip money, allowing workers to keep the extra cash for themselves.

The victory for restaurant servers followers a Department of Labor proposal last year that authorized restaurants to pocket a portion of tip money given to employees, as long as workers received the full federal minimum wage of $7.25 an hour. 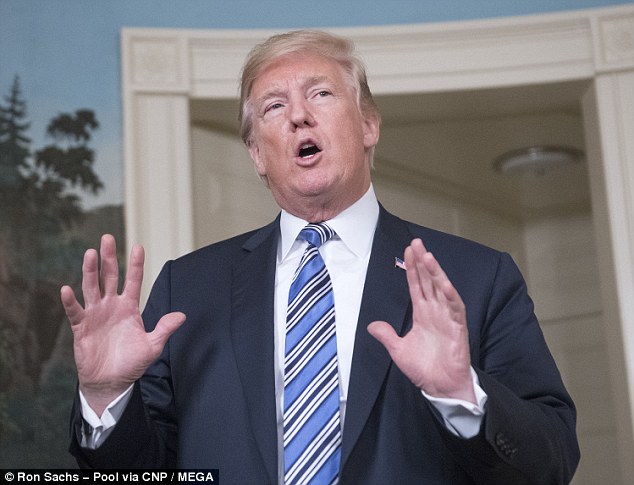 Although Trump announced he opposed the bill on many counts, the spending plan was a victory for restaurant workers, allowing tip money to be split evenly among all employees

Workers’ rights groups protested that proposal, saying it would lower the pay of restaurant servers across the nation.

The Labor Department received a flood of 218,000 negative comments on the tip skimming proposal, according to CNN Money .

This week’s federal spending bill not only allows employees to keep their tip money, it also allows the money to be split evenly among all restaurant workers including kitchen workers, dish washers, cooks and bussers.

Employers who pay their workers full minimum wage are allowed to pool their employees’ tip money in the new bill to evenly distribute the cash that often ends up in servers’ pockets alone.

‘We beat them,’ Saru Jayaraman, president of the nonprofit Restaurant Opportunities Center said.

‘I think they realized how outrageous what they were proposing sounded to the public, and basically they backed down.’ 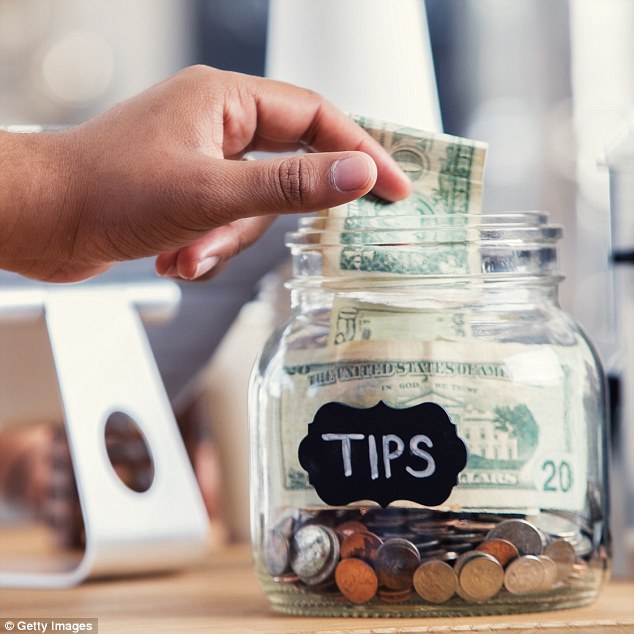 The bill allows employers to pool the tip money and evenly distribute it, allowing kitchen workers, bussers, and dish cleaners to earn more than they typically would when servers were allowed to keep tips 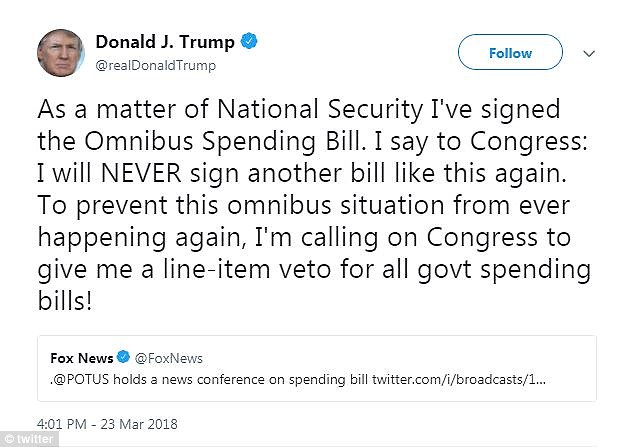 Trump shared on Twitter that he opposed the massive spending bill but still signed it as a matter of national security, even though it benefited restaurant workers

A senior VP at the organization Angelo Amador said that most employers would not skim tips even if they were legally allowed to.

‘A decision by a restaurant to retain some or all of the customer tips rather than distributing them to the hourly staff would be unpopular with employees and guests alike, and it could severely damage the public’s perception of the restaurant,’ Amador commented on the tips skimming rule.

However, the Economic Policy Institute reports that employers do skim their employees’ tips, even when it’s forbidden.

‘We want to ensure that servers, bussers, dishwashers, cooks, and others who work as a team to provide great customer service in the industry have access to share in tips left by customers, as this legislation clearly allows,’ Amador said to CNN Money.

‘We enthusiastically support this compromise,’ Judy Conti, the director of federal affairs at the National Employment Law project said on the new wage-equality practice.

The President signed the lengthy bill on Friday, but only as a matter of national security, as he wanted the military funding but disagreed with other budgets detailed in the bill.

In a press conference and on Twitter he announced he would never again sign such a bill.