The 30-second advert, produced by London-based creative agency PLAY, features a medley of fruit as it is seductively handled on its way to becoming a smoothie.

But TV advertising governing body Clearcast has confirmed the commercial will only be aired during late-night television as it contains a plethora of ‘sexual innuendo.’

The 30-second advert (pictured), produced by London-based creative agency PLAY, features a medley of fruit as they are seductively handled on their way to becoming a smoothie 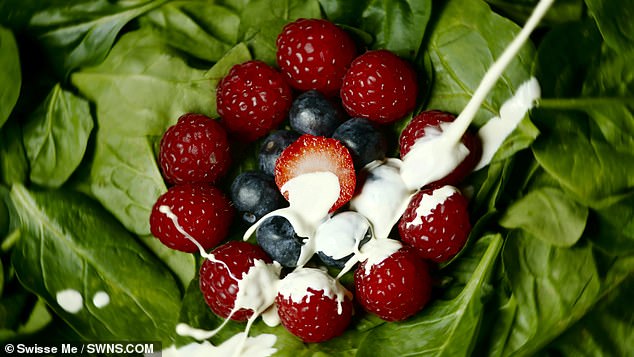 In the advert, a stream of smoothie is seen pouring over raspberries, blueberries and strawberries on a bed of spinach 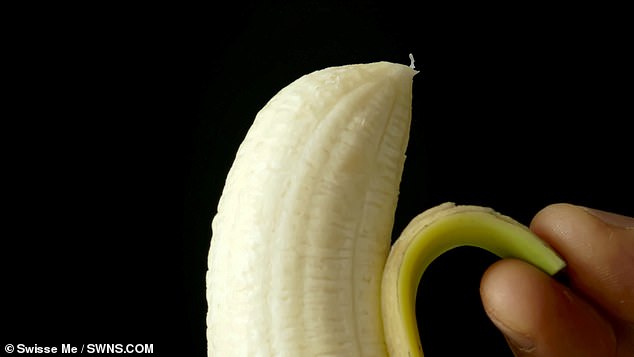 The sensual clip also includes a scene of a banana being peeled, before it is snapped in half in the final moments of the advert

These sensual images continue throughout the saucy clip, as a plum is prised open and a man plunges two fingers into half of a juicy orange.

Smoothie is then drizzled onto a bowl of berries as a jaunty whistling soundtrack is heard, before a finger is slowly run over the top of an avocado stone.

The final scenes show a lemon and avocado being squeezed with vigour and a banana break in half. The music then comes to a dramatic crescendo when a geyser of smoothie erupts from a Swisse Me pouch. 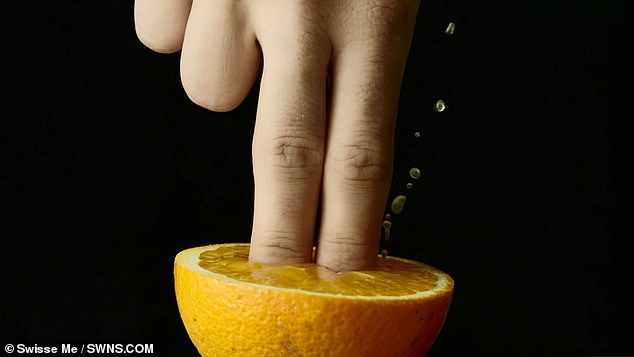 TV advertising governing body Clearcast has said the commercial will only be aired after the 9pm watershed as it contains a plethora of ‘sexual innuendo,’ including a man plunging his fingers into half of an orange 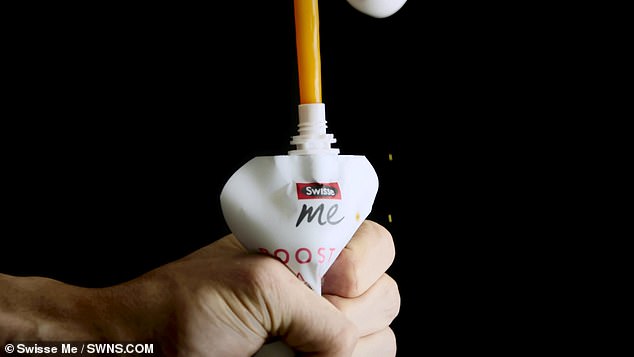 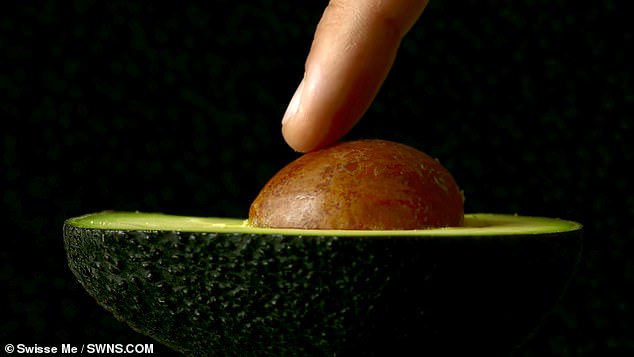 In another moment of the saucy clip, a person slowly runs their finger over an avocado stone

Nykkea Maretic, from Swisse Me, said: ‘There’s nothing more natural than getting a mouthful of fruit, which is exactly what our smoothies are packed with. All the goodness, with none of the filth.

‘We can deliver them straight to your letterbox too, in case you want to be discreet.’

‘We know how tricky it is to get in daily vitamins and minerals, so we’ve made it super easy with handy smoothies in 12 deliciously naughty flavours.’ 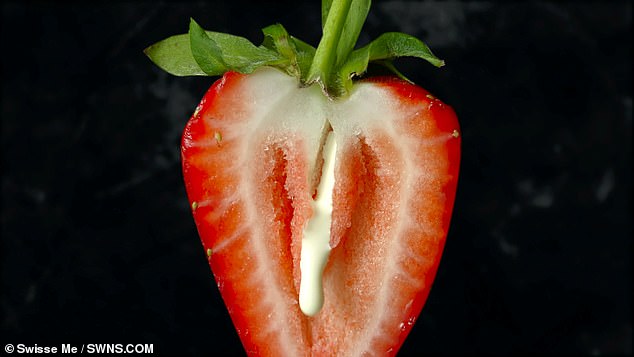 Cream was also drizzled onto half of a single strawberry in the clip, which will only be aired on late-night television 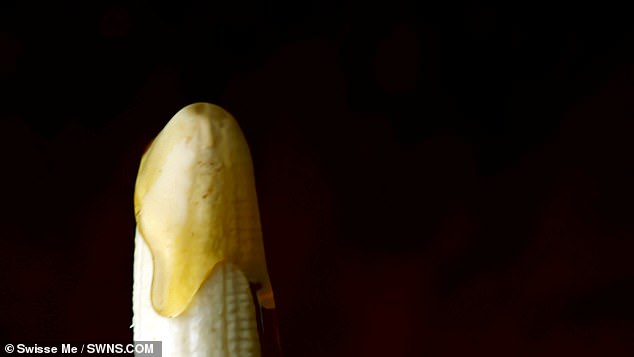 Honey is poured over the top of an upright banana in the sensual clip, which has not yet been aired on television 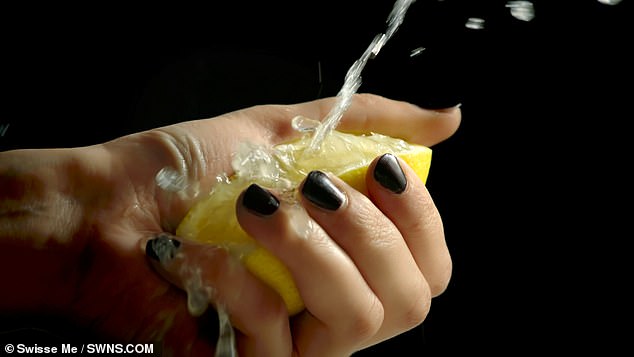