A father in New Hampshire has strangled a coyote to death with his bare hands after it grabbed his two-year-old son and pulled him to the ground.

Ian O’Reilly was walking a hiking trail in Exeter with his wife and three children on Monday around 11am when the animal got its teeth into the two-year-old’s coat.

The boy’s parents managed to separate him from the creature but O’Reilly said it wouldn’t leave when he attempted to shoo it away.

When the coyote bit the father’s chest and forearm in response to being kicked, O’Reilly felt he had no choice but to fight to kill. 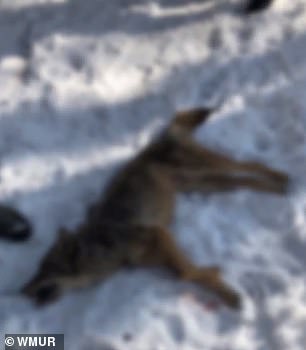 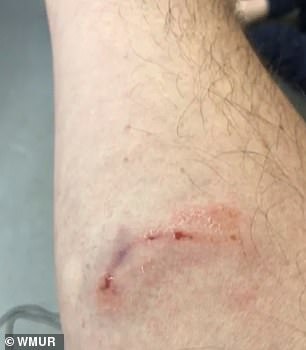 O’Reilly got on top of the animal (left) and cut off its air supply as he felt his children’s lives were in danger. The dad had a rabies shot after he was bitten (right)

The dad, who feared his children’s lives were in danger, described how he got on top of the animal and cut off its air supply.

‘In the middle of the moment you’re not really thinking,’ O’Reilly told WMUR. ‘It’s really just instinct. The fact that when we tried to kick and push and get rid of him, it became clear that he was not disengaging.’

The child was not bitten. 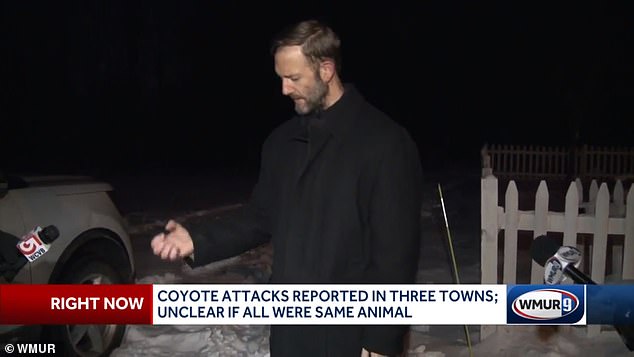 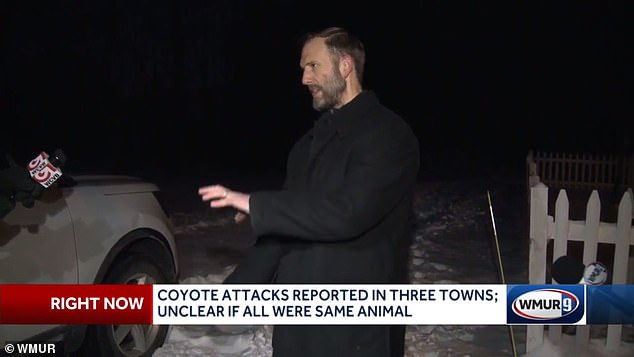 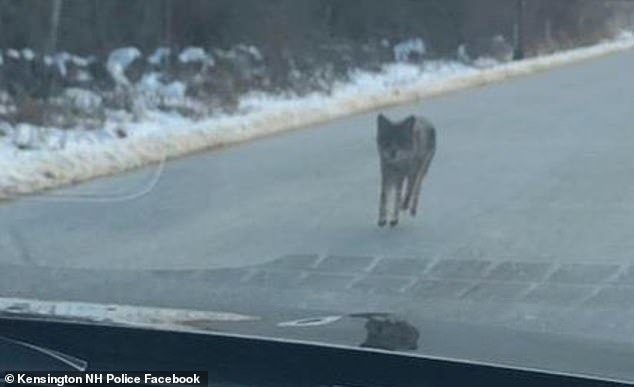 The incident came the same day police warned locals to be on the lookout for coyotes.

The incident came the same day police warned locals to be on the lookout for coyotes.

Cops warned: ‘If you spot the coyote do not approach it & call the Kensington Police immediately.’

The coyote had attacked the car of someone driving on Drinkwater Rd in Hampton Falls near the Kensington/Hampton Falls boarder around 8.40am.

The warning didn’t help Pat Lee. She and one of her dogs O’Reilly were bitten by a coyote 20 minutes later.

At first she thought the wild animal was another person’s pet. 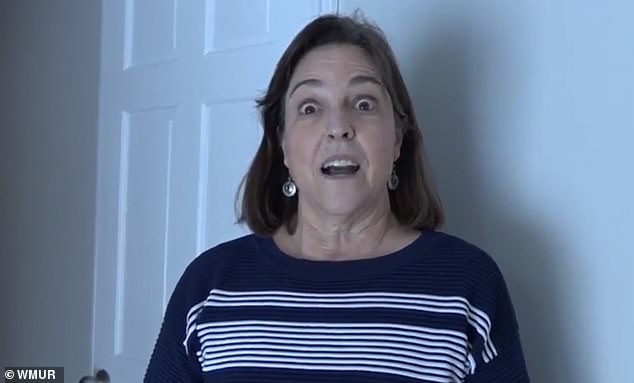 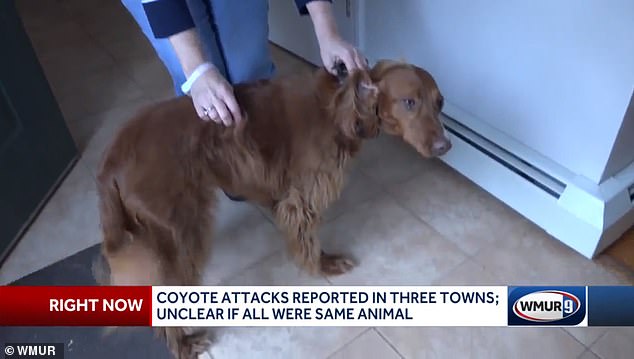 The coyote also bit one of her dogs O’Reilly (pictured). Both had rabies shots

The coyote was on her three season porch and her two dogs had opened the sliding door.

‘I realized this was a coyote, and I just started screaming at the top of my lungs to try to get him to stop and go away,’ Lee said about the coyote that tried to follow her into her home on Hemlock Road. ‘It was very, very scary, but it could’ve been a lot worse.’

Police said on Facebook that the coyote killed was the same one in the prior to incidents. They said it will be tested for rabies.

Lee, 62, was treated at the Exeter Hospital and received the first series of rabies shots.  She’ll return later this week for the second set. Her two dogs were also treated and received a rabies booster.

O’Reilly too had shots.