New holiday trend as celebs snap themselves from behind.

Brace yourself: there is a whole new dimension in the annual festival of celebrity holiday bragging.

Look-at-me yoga poses in skimpy bikinis amid a backdrop of azure skies and sparkling seas have, it seems, all become a little old hat.

The new way for the A-list to boast about their summer holidays on Instagram this year is to try to be a little more demure and to post fetching rear views of themselves instead.

But can you work out whose views these are? Alison Boshoff pits your wits on the hottest new holiday trend.

(Answers at the bottom — of course)

This shameless show-off is in typically provocative form on holiday this month. The actress and TV presenter is enjoying a summer break with her record producer husband and their two daughters, Lexi, 11, and five-year-old Hollie.

She posted a picture of herself reading a paperback in front of a perfect blue plunge pool, and wrote: ‘Same place, different bikini.’ Shame she forgot the top bit.

Bikini’s got talent: This shameless show-off is in typically provocative form on holiday this month 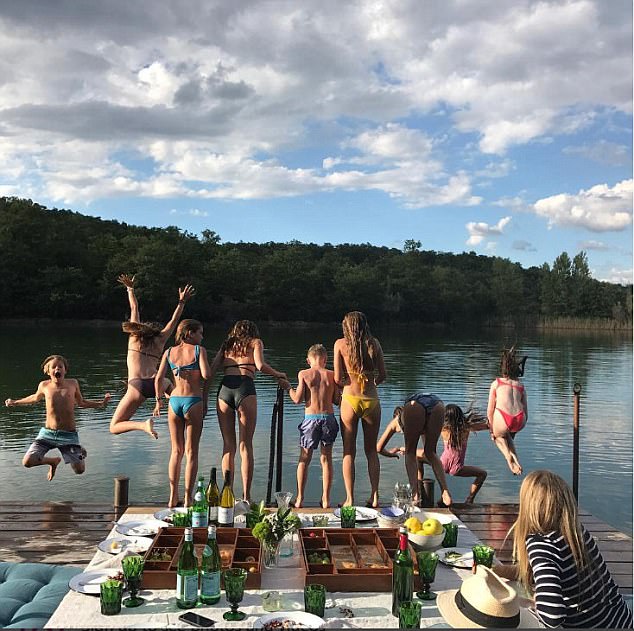 Conscious coupling: This clean-eating star went on holiday with her ex-partner and their children

This ‘consciously uncoupled’ queen of the lifestyle boast thinks a little bigger than most — which is why her snap from Umbria includes children jumping off a jetty and a gigantic table groaning with San Pellegrino designer water and bottles of wine. The 44-year-old star, far right in a striped top, who has revealed she is considering retiring from acting to concentrate on her lifestyle website — which advocates steam cleaning intimate body areas and drinking ‘sex juice’ — took her holiday with her ex- husband and children Apple and Moses. 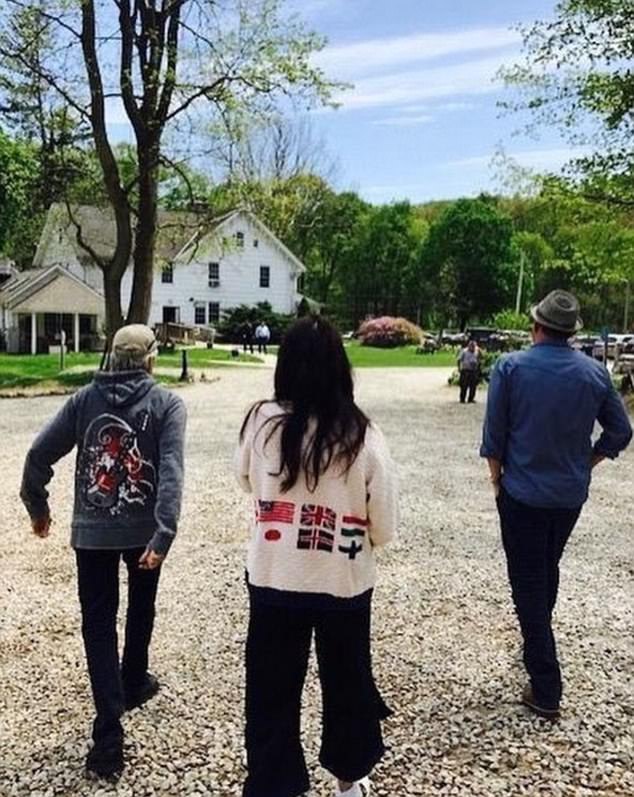 Pleasant stroll: Donning a knitted jumper and wearing her hair loose, this darling of the film industry looked every inch the upstate holidaymaker – but can you guess who she is?

3. Darling buds out for a bite

Casual in a baggy, flag-adorned knit, this beauty from the valleys is holidaying at her huge mansion in upstate New York.

The 47-year-old Oscar winner, who recently revealed lavish details of her domestic life on Instagram — including a bathroom cabinet with £2,000 worth of contents and a gold-lacquered walk-in closet crammed with designer labels — posted an image of her going out to dinner with her husband of 17 years. 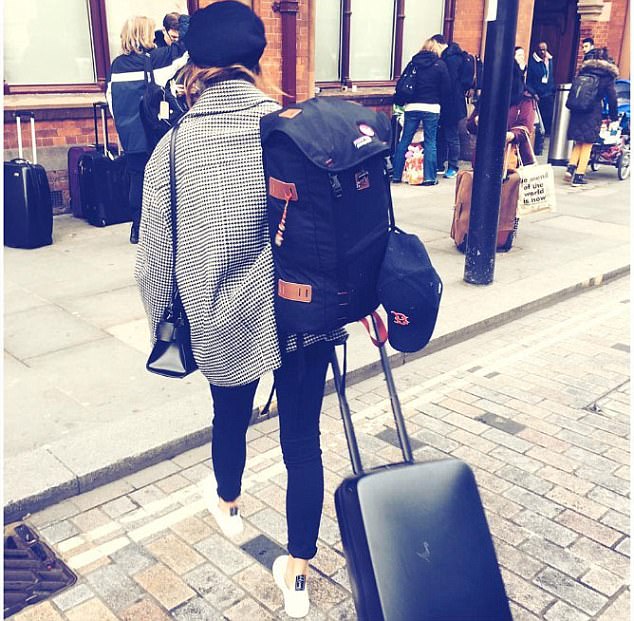 Heading to Platform 9 and 3/4s? There was no magic spell to relieve this star from the burden of carrying her luggage as she jetted off away this month

4. Who’s that pottering off?

This actress/feminist/UN goodwill ambassador is too fond of her privacy to be on Instagram very much. But the 27-year-old former child star couldn’t resist posting this picture of her arriving in Paris, looking almost like any other tourist.

Although she loves to assert her politically correct views, a racy shoot for Vanity Fair magazine this year in which she posed topless save for a barely there Burberry bolero, raised eyebrows. What would Hermione Granger say? 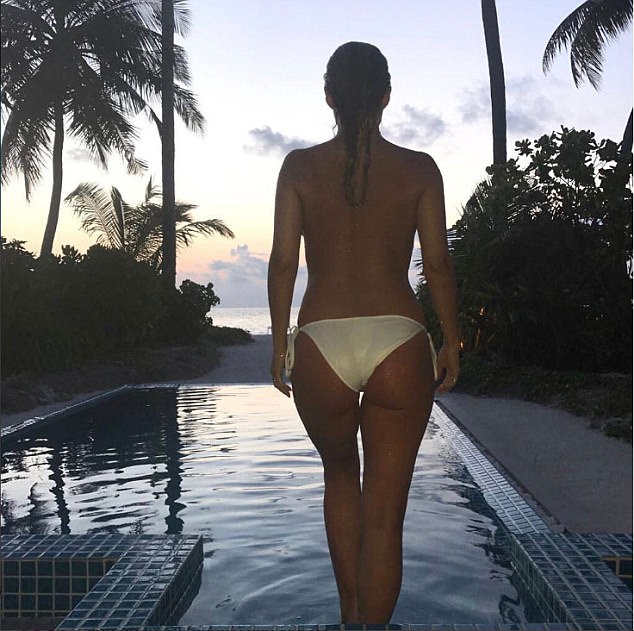 Stripping off: Ditching the sequins, this star deciding to swap salsa for swimming for her summer vacay

This fiery former Strictly star now models and does dance demonstrations. Last year the 34-year-old Polish pocket rocket was on ITV’s I’m A Celebrity . . . Get Me Out of Here! — and apparently left her dance partner husband unamused when she appeared to flirt with some of the male campmates.

On her trip to the Maldives earlier this year, she Insta-boasted: ‘Late night cheeky dip in the pool.’ 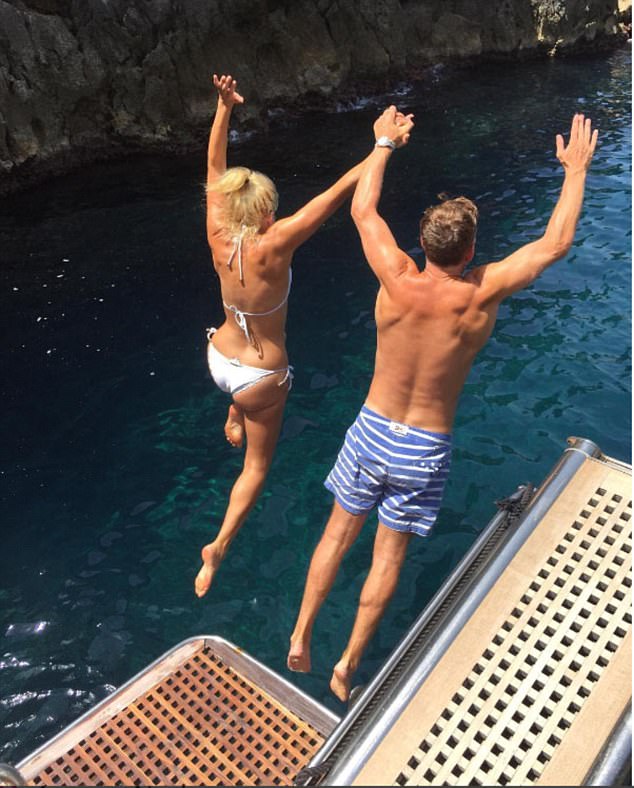 Causing a splash! This daytime TV presenter made waves on holiday with her husband of 10 years

6. A bracing dip this morning

Celebrating her tenth wedding anniversary, the golden girl of daytime TV whose recent weight loss has stunned fans, posted this picture of herself leaping into the blue seas.

The 36-year-old presenter, famed for dissolving into fits of giggles on air, is thought to be with her TV producer husband of ten years on holiday in Portugal, where she met up with her silver-haired co-host, who has a villa nearby. She wrote: ‘Leaping into the next 10 years . . . love you baby! The couple have three children: Harry, Belle and Chester. 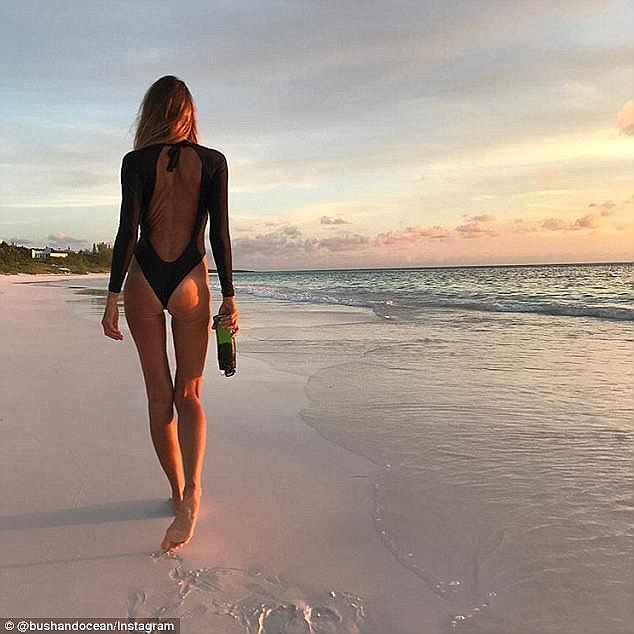 Still got it: Recently single and on the beach ready to mingle, this supermodel shared this snap while away

It’s no surprise that The Body cuts such a stunning look on the beach.

Pictured last week on holiday in Mexico with her two sons, the Australian supermodel and businesswoman has found herself single again at the age of 53, having split from her billionaire second husband.

Still with a figure that most women would die for — and a considerable fortune of her own from her successful lingerie range — chances are she won’t be alone for long. 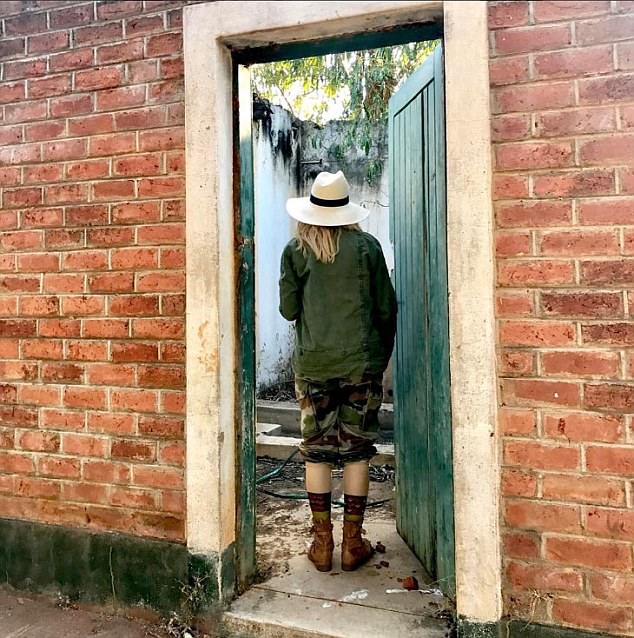 Open the door to me! Proving this stance is very much en-vogue, this singer shared her own take of the trend

It’s just not a trend until this global superstar, who recently marked her 59th birthday, has tried it.

This year, the singer and sometime actress posted a picture of herself exploring while on a break in Malawi.

She has just opened a children’s hospital funded by her charity and adopted four-year-old twin girls, Stella and Esther, from the country.

She captioned the image: ‘What if you found the door and what if you had the key.’ 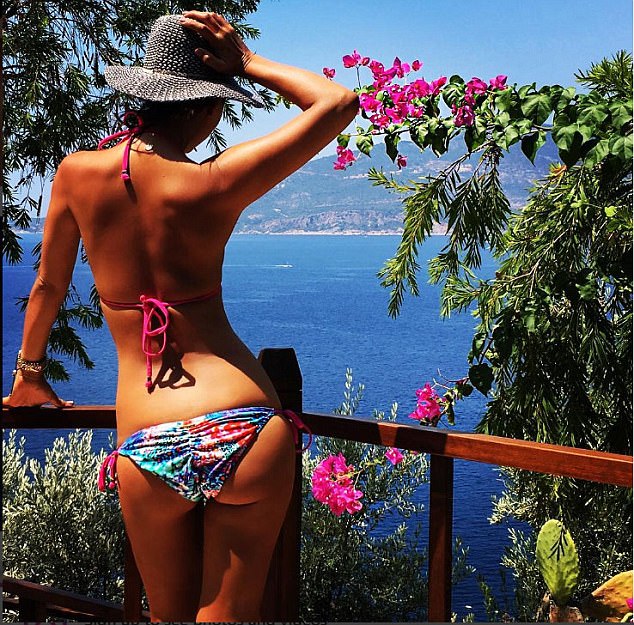 Class act: The 39-year-old former popstar posted a picture of her enjoying the sun in Turkey

The summer season is always busy on social media for this radio DJ, who has a lucrative sideline selling lingerie and swimwear, which she always models.

Last week the 39-year-old former pop star posted this picture of her wearing a bikini from her own range, with blue skies and pink bougainvillea and showcasing her perfectly pert posterior.

She wrote: ‘The sun always shines in Turkey.’

She found fame in the reality show Made In Chelsea and she posted this summer image with the caption: ‘Missing doing my morning yoga in the sunshine.’

The 28-year-old style guru has been on a break on the Greek island of Mykonos with new fiance, sunglasses entrepreneur Hugo Taylor.

Last year she split from her rapper husband Professor Green. 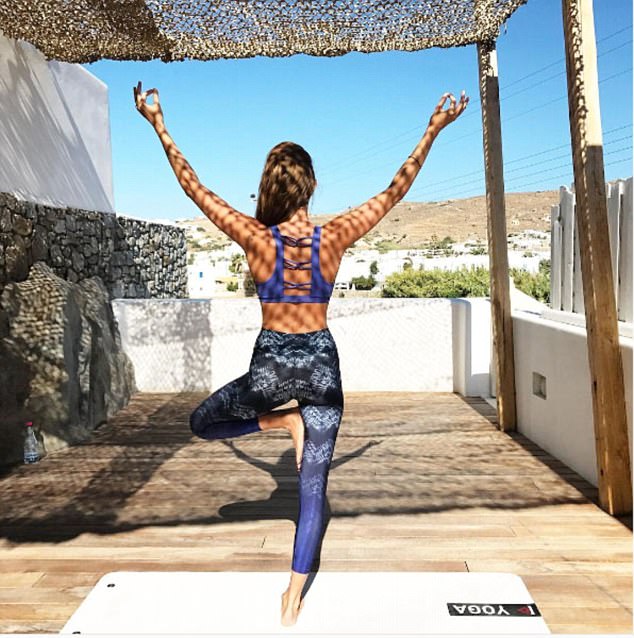 Strike a pose: This reality star-turned-model took time out of her schedule for some light exercising while visiting Greece