Apple has announced a new iPad at its 2018 event held at a Chicago high school.

The latest incarnation of the tablet integrates with Apple Pencil and will be available for $329 to consumers and $299 for schools in the US.

The gadget will ship in the UK for a retail price of £319. Apple has not yet said if a cheaper price will be available for schools outside the US.

As well as a ten hour battery life, eight mega-pixel camera, an A10 fusion chip and 9.7-inch Retina display the iPad will also feature over 200,000 education dedicated apps.

Apple’s latest iPad model features an 8MP camera, a new A10 fusion chip and a 9.7-inch Retina display. It will cost $329 for consumers and $299 for schools in the US. The firm has not announced how much the gadget will cost elsewhere

‘This new 9.7-inch iPad takes everything people love about our most popular iPad and makes it even better for inspiring creativity and learning,’ said Greg Joswiak, Apple’s vice president of Product Marketing.

‘Our most popular and affordable iPad now includes support for Apple Pencil, bringing the advanced capabilities of one of our most creative tools to even more users.

‘This iPad also has the power of the A10 Fusion chip, combined with the big, beautiful Retina display, advanced cameras and sensors that enable incredible AR experiences simply not possible on other devices.’ 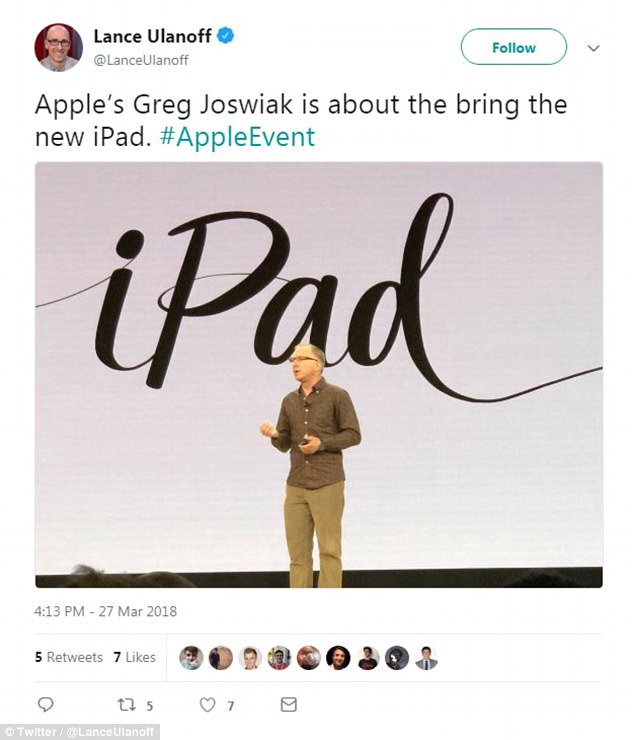 Apple held its first big event of 2018 in Chicago this afternoon. The company’s Greg Joswiak (pictured) announced a new iPad model that is set to be more ‘affordable’ than any previous version

Apple also announced a variety of apps to allow teachers to manage and view the work of their students.

The Apple Classroom app, Apple School Manager, and Schoolwork are designed to assist teachers with the latest apps.

Via the Aple Classroom App teachers can maintain control and access all information on a device.

You can control kids’ devices remotely, see what they’re doing on the iPad, and display a student’s iPad on an Apple TV

This feature is also coming to Mac.

The announcement followed a brief talk about the importance of education and teachers from Apple CEO Tim Cook.

He said in his introductory speech: ‘We’ve always believed that people with passion can change the world.’ He says that was ‘on display in marches’ over the weekend.

‘We are deeply inspired by the courage of students using their voices to bring about change in America.’ 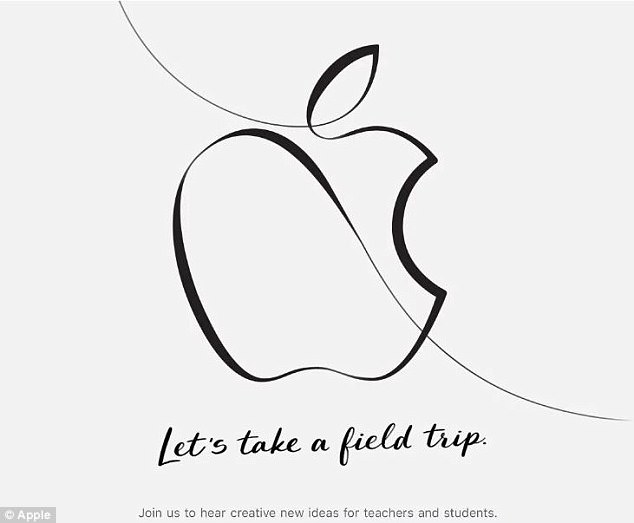 Apple has its first big event of 2018 scheduled for today and rumours suggest the firm may use it to announce a new iPad and MacBook. The firm’s education-focussed Spring 2018 event (logo pictured) will focus on ‘creative new ideas for teachers and students’

Hoping to return to the head of the class in an increasingly crowded market, Apple sees the education sector as its most viable option.

Apple is trying to regain ground lost to rivals Google and Microsoft during the past few years.

All the major technology companies are battling for dominance in US schools, a market seen as important for hooking young consumers.

Google has emerged as the education leader in the US market, thanks largely to laptop computers running on its Chrome software.

Apple’s previous price cutting, along with software changes, have been followed by an improvement in iPad sales. 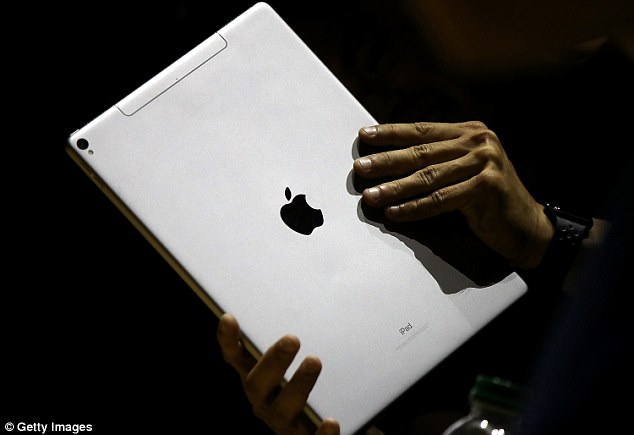 Apple may be preparing to release a new iPad that is its cheapest model yet at today’s event. The new version of its iPad should appeal to the education market, people familiar with the matter told Bloomberg last week (stock image)

Getting crumbs stuck down the back of your keyboard could soon be a thing of the past, according to a patent application from Apple.

The new design could resolve the issue of dust and dirt getting lodged in the gaps between shallow keys.

Brushes, wipers and flaps could block crumbs going down the space between keys and a ‘bellows’ effect could even force pesky crumbs out from under them.

Not only do these crumbs look disgusting but they can also result in the entire keyboard needing to be replaced. 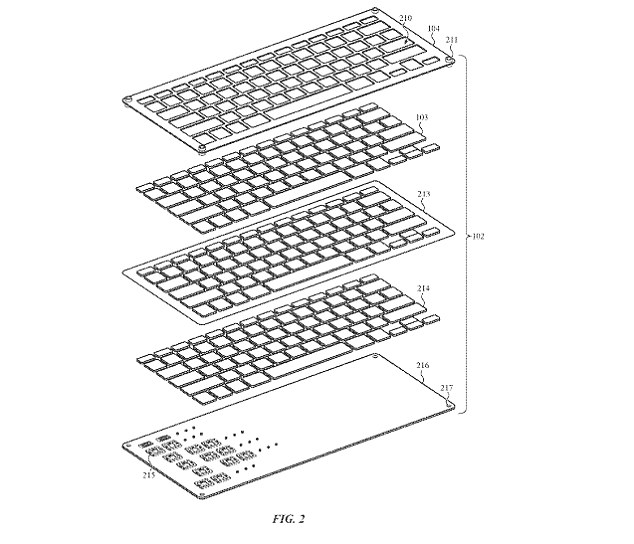 The mechanism may consist of structures such as brushes, wipers, and flaps that block gaps around key caps. Pictured is a view of the potential keyboard from the patent

A cross section of a key assembly mechanism to prevent particles from reaching spaces underneath keys. Apple’s patent application explains how funnels, skirts, bands or other guard structures coupled to key caps may block or direct contaminants away from areas under the key caps

The patent, which was published earlier this month, aims to protect Apple’s laptop device from contaminants, including dust and liquid.

Residues from such liquids, such as sugar, can corrode or block electrical contacts and inhibit moving parts.

The mechanism could prevent damage to MacBook’s and so limit the need for costly repairs.

The company files lots of patents and it is not known if this technology will ever be made available.