Two New Jersey police officers have been suspended after one of them was caught on camera pushing a Domino’s manager against a wall over some missing pizza.

Rodney Clark and Courtney Solomon have both been charged with disorderly conduct, harassment, and making terroristic threats during the scuffle.

It all began on Tuesday, when one of the officers ordered pizza and became upset when the pie allegedly didn’t show up. 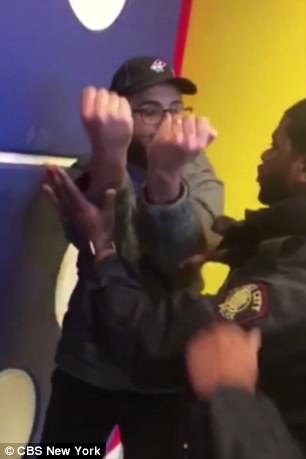 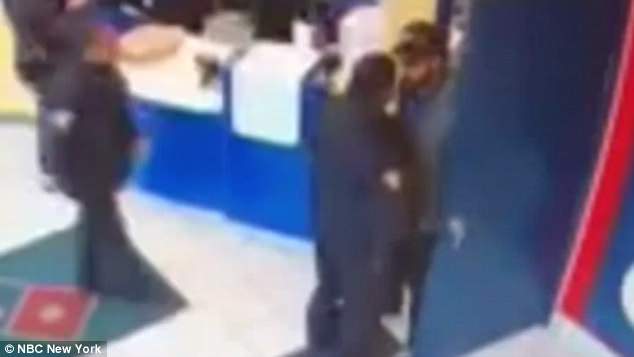 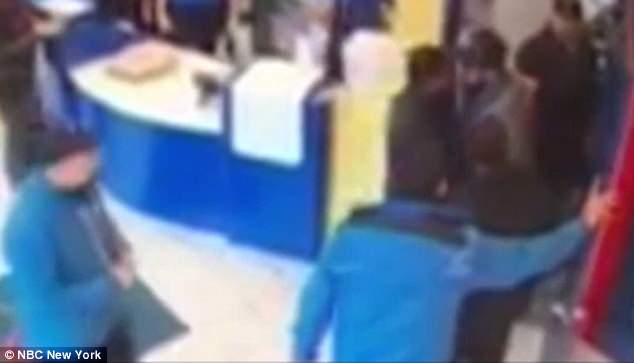 One of the officers called Kirolos shortly afterwards to complain and said ‘I am coming to your f*****g store to f**k you up motherf****r’, according to CBS New York.

Kirolos said he waited 10 to 15 minutes but no one showed up.

Then, while the manager was in the back room, the two officers arrived in their patrol car and allegedly began cursing at a delivery man outside the restaurant.

A surveillance camera captured the moment the two officers barged into the store and immediately confronted Kirolos as he came out of the back room. 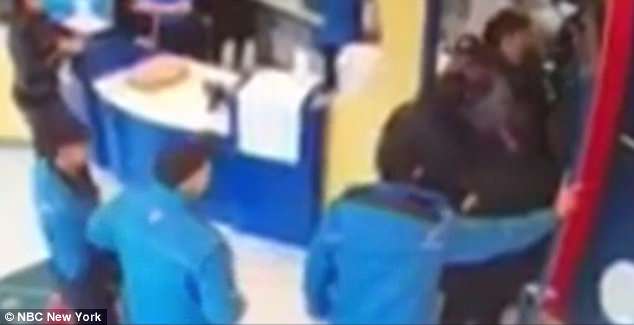 As they began to argue one of the officers allegedly grabbed Kirolos and pushed him up against the wall. 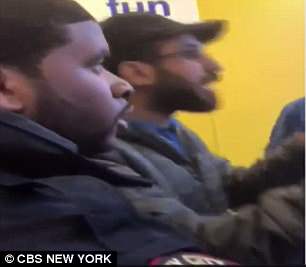 Kirolos said one of the officers told him, ‘I’ll lock you up’ during the altercation

Some Domino’s employees began to film the altercation with their cell phones as Kirolos told the officers ‘remove your hands’ and ‘don’t touch me’.

Kirolos said one of the officers told him, ‘I’ll lock you up’ as they continued to argue.

‘(I was thinking) What can I do? He’s a police officer. I can’t do anything back,’ the manager told NBC New York.

The second officer tried to break up the two men, telling Kirolos ‘I am trying to have a conversation with you’.

He then suggested that the trio go outside to ‘have a friendly conversation’ and they disappeared out of the camera’s view. 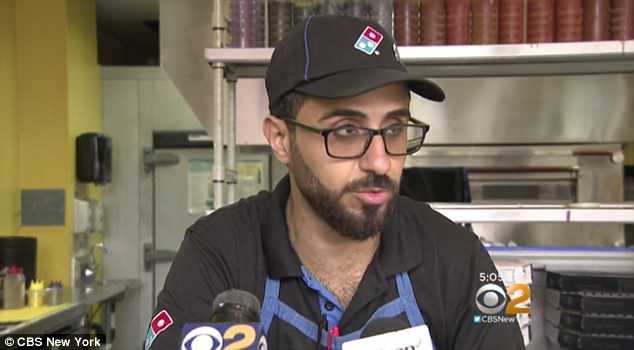 Kirolos decided not to press charges, saying all he wanted was an apology

Employee Marina Elsamina said the police officers did not leave until Kirolos called 911.

‘We confront customers every day who fight us, but he’s using his police powers,’ she told Jersey Journal.

Kirolos chose not to press charges, saying all he wanted was an apology.

But the Hudson County Prosecutor’s Office decided to fully investigate the allegations.

‘Officers who abuse their power and break the law must be held accountable for their actions,’ Hudson County Prosecutor Esther Suarez said in a statement.

The officers, who both joined the force in 2015, have been suspended without pay until their April 11 court date. 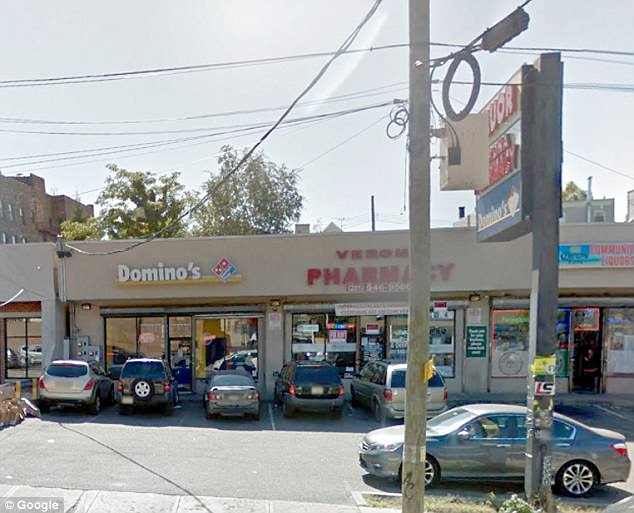