New Jersey family of three drowned trying to save youngest

REVEALED: Girl, 8, her mother, 33, and grandfather, 62, drowned in New Jersey swimming pool after both adults jumped in to help the struggling child in the deep end despite none of them being able to swim

A New Jersey girl, her mother and her grandfather all drowned in their home pool after the adults reportedly jumped in to try and save the struggling youngster.

Bharat Patel, 62, his daughter-in-law Nisha Patel, 33, and her unnamed daughter, eight, were found unresponsive the back yard of their new home in East Brunswick on Monday.

The medical examiner’s office said Tuesday all three victims drowned and the manner of death was accidental.

Sources told NBC the eight-year-old girl got into trouble in an underground section of the above-ground pool, thought to be up to seven feet deep.

Her aunt is then said to have called for help before both Bharat Patel and the youngster’s mom Nisha – neither of whom could swim – jumped in to try and save her.

They all then got into difficulty and aunt jumped in, pulling the girl from the water but not before she had drowned, according to reports.

Bharat Patel, 62, his daughter-in-law Nisha Patel, 33, and her unnamed daughter, eight, were found unresponsive in the above-ground 3.5-foot-deep pool Monday 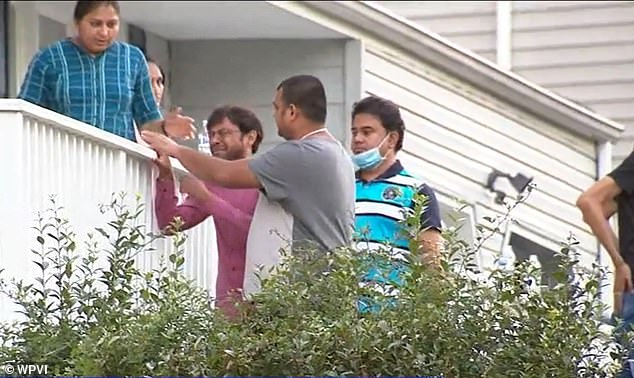 Officials have also confirmed electrocution was not a factor their deaths.

Neighbors had suggested the family ‘may have been electrocuted’. One eyewitness told CBS ‘an electrician’s truck showed up shortly thereafter’.

But a police spokesman told DailyMail.com: ‘Electrocution was not a factor.’

The family are understood to have bought the five bedroom home within the last month for $451,000.

They are said to have only just serviced the pool ready for the summer and were ‘excited to use it’, News12 NJ reports.

Concerned neighbors called the cops after hearing screaming from the property shortly after 4pm Monday afternoon.

Loved ones were pictured being consoled in the aftermath of the tragedy Monday.

Locals had initially feared someone had fallen but when police arrived they found the three family members unresponsive in the pool.

The family were pronounced dead in the back yard, NBC reports. 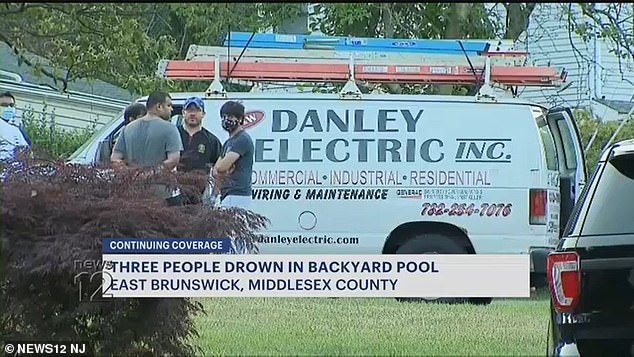 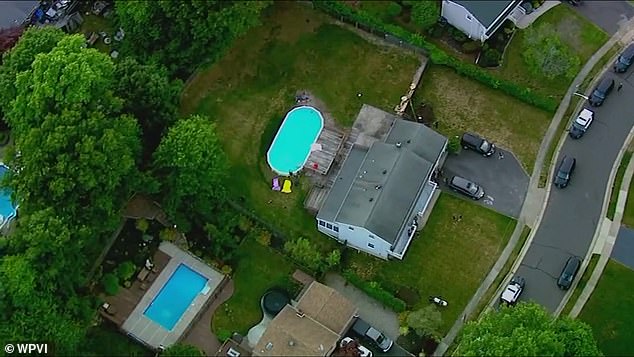 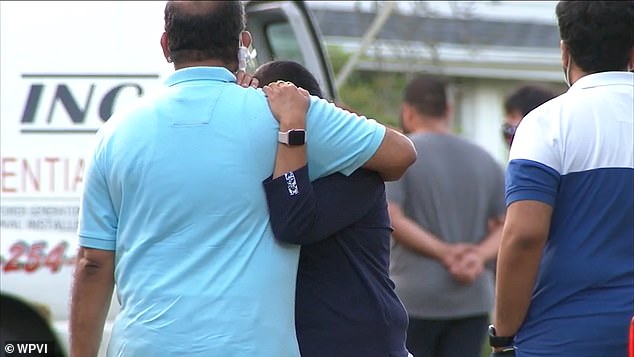 Neighbor Vishal Makin told the network: ‘We are from the same part of India, we spoke the same language also.

After the family had their pool serviced Makin said: ‘We were so excited for them, it’s the right weather you should get it done and it’s such a bad sad day.’

Brunswick Police Chief Frank Losacco said Monday: ‘This is a devastating day for our entire community.’