A New Jersey judge is facing disciplinary action for allegedly asking a rape victim if she closed her legs to try to prevent the sexual attack.

Superior Court Judge John Russo is said to have made the comment during a 2016 court case.

The woman was being cross-examined by the defendant’s lawyer when Russo allegedly intervened.

According to a complaint filed against him by the The Supreme Court Advisory Committee on Judicial Conduct their exchange was as follows.

‘Do you know how to stop somebody from having intercourse with you?”

‘How would you do that?’ Russo pushed on.

‘I’d probably physically harm them somehow,’ she replied. When the women said she would ‘tell them to stop’, short of physically harming the rapist, he asked what else she could have done to stop it, allegedly saying: ‘Close your legs? Call the police?

‘Did you do any of those things?’

Russo was barred from the bench last April after refusing to take a mental health evaluation which was ordered over separate claims of misconduct.

They included allegations from clerks who said he had thrown paperwork at them.

Other allegations include fits of rage and extreme immaturity – one judge said he used a ‘poop emoji’ in his chambers which proved his alleged childlikeness.

In a separate case, he allegedly intervened to reduce a husband’s child support from $10,000 to just $300. He is said to have later admitted that he was friends with the man. 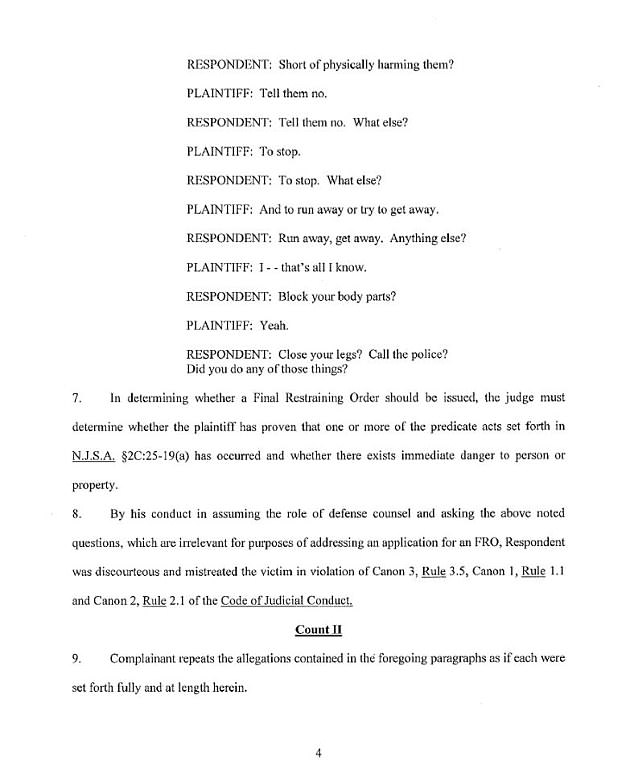 This complaint against Russo depicts his conversation with the woman during the 2016 case. He is the respondent, asking her questions, and she is the plaintiff. The board complained that he sounded more like the defendant’s attorney than the judge 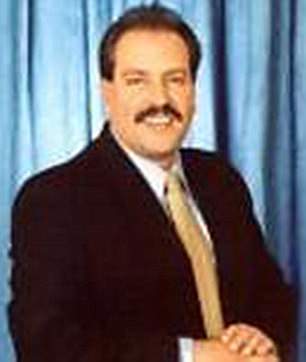 One former female clerk said he often made comments towards her which were sexist or unprofessional.

He claimed he was being discriminated against because he has a mentally disabled son.

His attorney said he was looking forward to the issues being raised at a hearing next month.

‘We are pleased that Judge Russo will have a public hearing regarding the allegations which have been raised against him.

‘We have respect for both the Advisory Committee on Judicial Conduct, as well as the process.  Therefore, we don’t believe it would be appropriate to have any further comment, pending the hearing,’ his attorney told APP.