A New Jersey man has been accused of conducting intelligence-gathering operations for Hezbollah including in Times Square, Boston’s Fenway Park and The Capitol building in Washington D.C.

The U.S. Attorney’s Office says Alexei Saab, 42, of Morristown was charged Thursday in a nine-count indictment for offenses related to his support for the terrorist outfit and separate marriage-fraud offenses.

He is alleged to have joined Hezbollah in 1996 before lawfully entering the US using a Lebanese passport in 2000 and becoming a naturalized citizen in 2008.

Locations including the United Nations headquarters, the Statue of Liberty, Rockefeller Center, Times Square, the Empire State Building, and local airports, tunnels, and bridges are said to have been under his surveillance.

And Saab, arrested on July 9, is said to have provided detailed information on these locations to Hezbollah, including photographs and their structural weaknesses.

Assistant Attorney General for National Security John C. Demers said: ‘According to the allegations, while living in the United States, Saab served as an operative of Hizballah and conducted surveillance of possible target locations in order to help the foreign terrorist organization prepare for potential future attacks against the United States.

‘Such covert activities conducted on U.S. soil are a clear threat to our national security and I applaud the agents, analysts, and prosecutors who are responsible for this investigation and prosecution.’

Alexei Saab is said to have provided detailed information on these locations to Hezbollah, including these photographs and their structural weaknesses 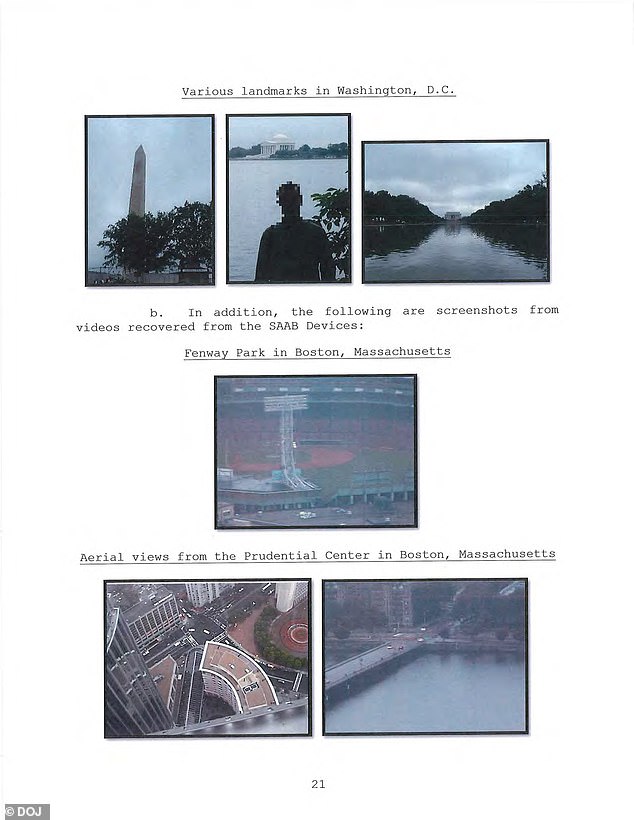 Locations including the The Capitol building in Washington D.C and Fenway Park and the Prudential Center in Boston are said to have been under Saab’s surveillance

Locations in Boston and Washington are also said to have been targeted by Saab, who authorities say has extensive firearms and bomb-making training.

He is even said to have attempted to murder a suspected Israeli spy but failed when the gun failed to go off twice, officials said.

‘Even though Saab was a naturalized American citizen, his true allegiance was to Hizballah, the terrorist organization responsible for decades of terrorist attacks that have killed hundreds, including U.S. citizens and military personnel. Thankfully, Saab is now in federal custody, and faces significant prison time for his alleged crimes.’

‘I would like to thank the efforts of the investigators and our Counter-Terrorism law enforcement partners who worked tirelessly to assemble the case that prevents this individual from caring out his plans,’ said NYPD Commissioner James P. O’Neill. ‘This case sends a clear message of deterrence to all those who plot to promote violence here in the U.S. and abroad.’ 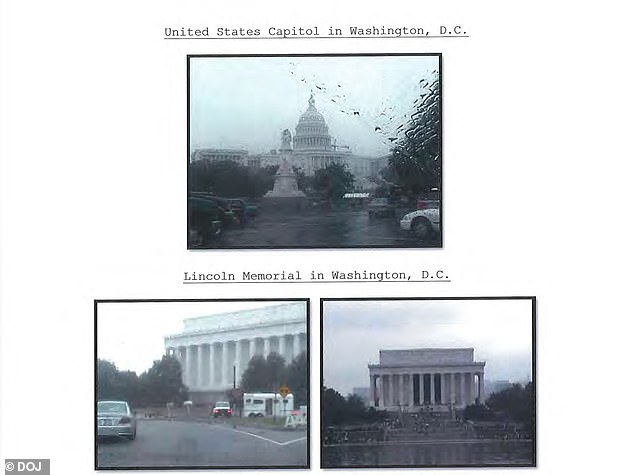 Locations in Boston and Washington are also said to have been targeted and pictured by Saab, who authorities say has extensive firearms and bomb-making training